A dog’s sense of taste is one thing that sets them apart from humans. Like our taste buds, dogs have different receptors to identify certain tastes. These receptors are referred to as tastebuds. Some of these receptors are located in the soft roof of the mouth, while others are located at the back of the mouth, where the throat begins. The number of tastebuds in a dog varies depending on the breed and species.

Unlike humans, dogs have only a few tastes buds on their tongue, and the other five are found on the roof of the mouth and at the back of the mouth, where the throat begins. They have one-sixth as many taste buds as we do. That means they can detect meat products with a lot of precision, but this ability will not last long in a dog. It will also only be able to recognize bitterness if the food has been chewed long enough. The only food type that dogs cannot detect is water, so they are more sensitive than the others.

How Many Taste Buds do Dogs have?

The 1,700 taste buds in dogs. Even while this quantity might appear large, it pales compared to the abundance of taste buds humans are endowed with. In fact, there are around 10,000 taste buds in humans. However, dogs have many more taste senses compared to other creatures on earth. For instance, just 50 taste buds are present in hens, making birds the group with the fewest taste buds.

On the other hand, cats and many other felines, such as lions, have about 470 taste buds. As obligate carnivores, cats lack the taste receptors for sweetness required for life. Hence they are also taste-blind to sweets. However, cats can recognize bitter odors, which helps them avoid eating rotten meat.

Cows and pigs are at the top of the flavor experts’ list. Pigs only have 14,000 taste receptors, compared to about 25,000 in cows. The fact that herbivores must be able to determine if a particular plant contains harmful poisons explains why they have so many tastes.

It is not surprising that dogs are unable to experience the same range of flavors as humans because they have substantially fewer taste buds.

As a result, you’ll never see a dog sipping wine while dining and smelling it to detect sweetness, acidity, tannins, and body!

After all, this makes perfect sense in terms of evolution. Competition over food must have been fairly strong given the history of scavengers and hunters living a feast or famine existence.

A rival might have stolen their supper if they had taken too long to enjoy every bite. You now understand why your dog eats like there’s no tomorrow!

Dogs found it more useful to hide any leftover food under the ground (a behavior known as “caching”) than to think about tastes, even if there was ever an excess of food (with no opportunistic vultures around).

Are Dogs Able to Taste All Flavors?

Salted, sour, sweet, bitter, and umami flavors—also referred to as “savory” flavors—are recognized to be discernible to humans. We are drawn to some of these flavors because we link them with nourishing foods.

For example, we enjoy salt because it helps us replace lost electrolytes, sour because it indicates acidic meals, sweet because it signifies energy, and umami because it contains amino acids frequently found in various vegetables, fish, meats, and cheeses.

The taste buds in a dog’s mouth are located in bumps on the top of its tongue and are also found on the soft roof of the mouth and at the back of the throat. The dog’s tongue is surrounded by numerous nerves connected to the tongue. The dog can use these receptors to identify sweet, salty, spicy, or bitter foods. When it comes to taste, no other animal can detect the same kind of food as us.

Dogs are especially sensitive to bitter flavors, which may have been a biologically predetermined trait with survival significance given that many harmful objects are typically bitter (Thompson, 1993). Dogs may have avoided decaying protein-rich food because of bitter taste receptors.

Even though it takes a few weeks for the sense of taste to fully develop, it serves a survival role that makes it one of the first senses to develop in pups, along with the senses of touch and smell.

Various bitter sprays, including Bitter Apple and Bitter Orange, have been developed to deter dogs from chewing on furniture and other items since dogs naturally dislike bitter tastes. Not all canines find such bitter flavors unpleasant enough to avoid.

In addition to their sense of smell, dogs can taste the water. These special taste buds are located on the tip of the tongue and react to water when it drinks. As a dog grows thirsty, the water buds become more sensitive. The more water a dog consumes, the more he or she drinks. A slow-motion video shows a dog’s tongue lapping a cup of water.

While humans have around 9,000 taste buds, dogs only have about 1,700. However, dogs can detect different flavors, which is a major advantage over humans. Moreover, the 1700 taste buds of dogs allow dogs to experience most kinds of food. This is a great advantage for owners and their pets. They can easily distinguish between different foods that are sweet, salty, or bitter. In addition, the dog’s ability to distinguish these flavors helps them choose their favorite foods.

Despite having fewer taste buds than humans, dogs have more than enough to show their preference for meat. Unlike cats, dogs can’t detect saltiness, but they can still tell which foods are salty and which ones are sweet. And their preference for meat is not dependent on how many taste buds dogs have. In fact, they may not even notice saltiness, but they can distinguish between different types of meat.

Do Dogs Care About the Flavor of their Food?

Dogs have a fifth set of taste buds that are only sensitive to water, unlike humans, who can detect sweet, salty, sour, and bitter flavors. Dogs also have taste receptors that are specifically designed to aid in the discovery of meat.

An article in Psychology Today claims:

Dogs have taste receptors that are tuned for meats, lipids, and compounds associated with meat, in addition to sensors for sweet, salt, sour, and bitter flavors. Dogs have a tendency to seek out and obviously prefer the taste of foods that either include meat or have animal flavors added to them.

That may help to explain why even finicky dogs can go crazy over toppings or canned food.

Although dogs don’t seek salty snacks (perhaps because the meat they consume has enough salt), we do know that they share our desire for sweet meals.

The conclusion is that while some dogs eat anything, others are picky eaters. Their system for tasting foods is identical to ours, and it is undeniable that different people have different culinary preferences.

Actually, a dog’s sense of taste doesn’t matter to him as much as his sense of smell does. That sensing ability explains why a dog will be just as content to eat a filet as they will a mound of decaying garbage. Both have great aromas, and the fragrance is far more important than the taste!

Treat your dog to foods that appeal to his natural tastes while keeping the above in mind. Try slipping him a sweet cantaloupe slice rather than a salty potato chip. On a hot day, provide a fresh, crisp, water-dense piece of watermelon instead of his normal kibble.

Dogs’ less sophisticated salt receptors than humans are probably caused by their meat-based diets’ naturally high sodium content. However, it appears that they are more drawn to sweets, and research found that salt improves the flavor of sweets.

The sweet flavor present in fruits, furaneol, is believed to be detectable by dogs. This makes sense from an evolutionary perspective since canines occasionally added fruit to their meals in the wild.

Unfortunately, a dog’s sweet desire is precisely why so many dogs are poisoned by consuming antifreeze, including ethylene glycol, a substance noted for its sweet flavor.

How can I Make My Dog take Flagyl?

The difficulties dog owners have in persuading their canines to take a Flagyl tablet are well known to veterinarians. Flagyl, known by the generic name metronidazole, is known for having a bitter flavor.

This medication frequently causes dogs to drool, gag, or froth at the mouth. Any meal that the tablet is combined with will be overpowered if it is crushed, and dogs may come to link that particular dish with the bitter pill.

Thankfully, compounding pharmacies can suddenly transform bitter medications into tempting treats that are simpler to give to dogs and cats. For urgent situations, an injectable version is also available. If you need help, talk to your veterinarian. 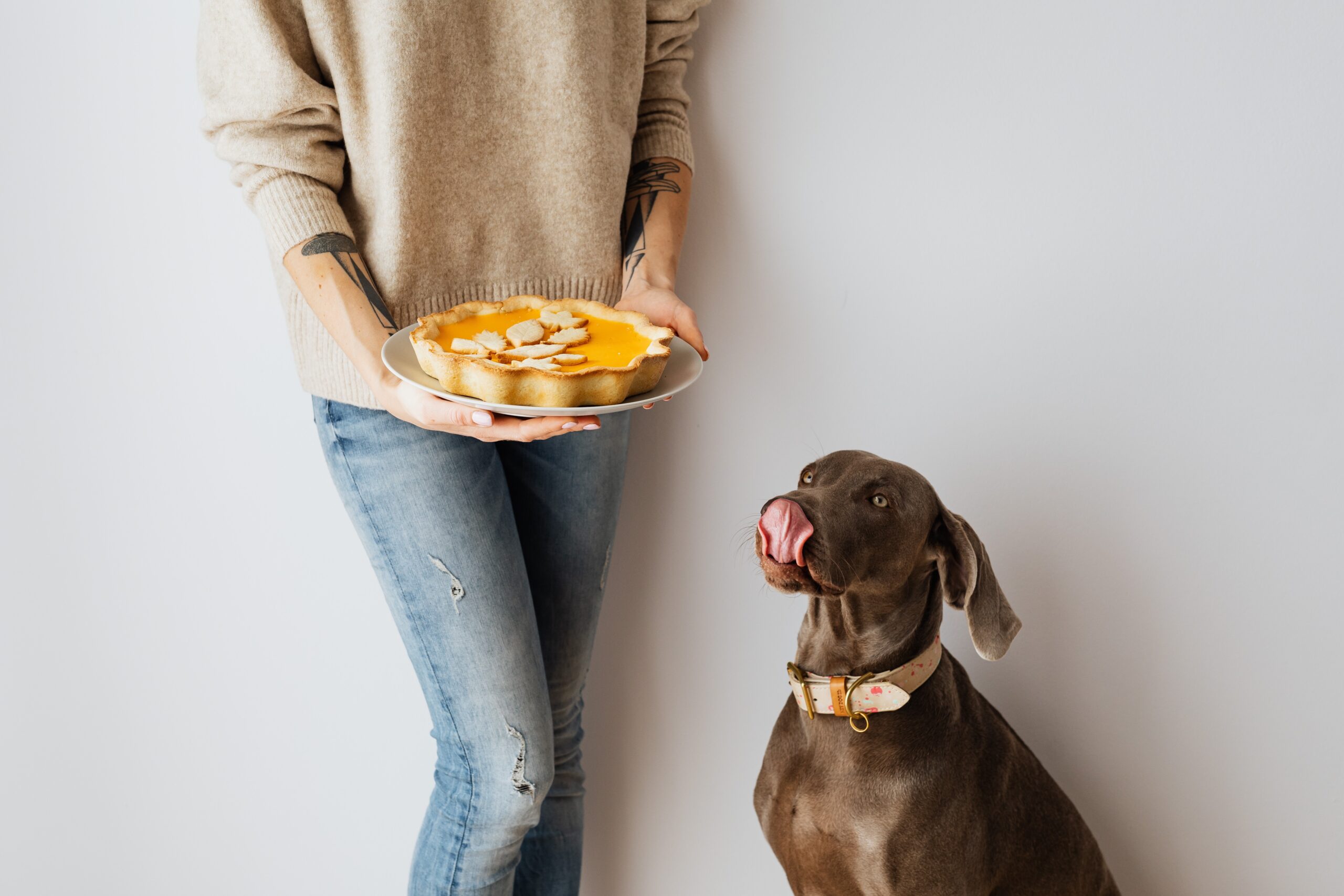 Do Dogs Lose their Taste Sense as they Get Older?

While dogs and humans appear to renew their taste buds every two weeks on average, this replacement process slows down as we age.

Therefore, the average senior has roughly 5,000 taste buds active at any time.

Dogs probably experience the same, and their sense of taste might deteriorate with age. For this reason, many senior dog owners are constantly looking for methods to make their senior dogs’ meals more appetizing.

Adding warm water to the kibble is one way to improve things. Flavor and scent are enhanced by the warmth.

But before criticizing Rover for being picky, it’s wise to screen out any health concerns because losing appetite might be a sign of a medical condition.

A dog’s taste buds are located at the tip of the tongue. As with humans, dogs have the same four types of taste receptors as humans. In addition, dogs and cats have special taste buds for salt and sugar. This is the part of the tongue most sensitive to food, and they are specialized in learning how to discern various tastes. So, when you’re in the middle of a meal, make sure you are prepared for the salt.

Unlike humans, dogs don’t have taste buds as well as humans. Dogs have a special scent organ that sits along with their palates. Through smell, they detect molecules that tell them how food will taste. Unlike people, dogs have fewer than half of the number of taste buds compared to humans, but they have much better and more specialized senses of smell. They can tell when food is safe or not.