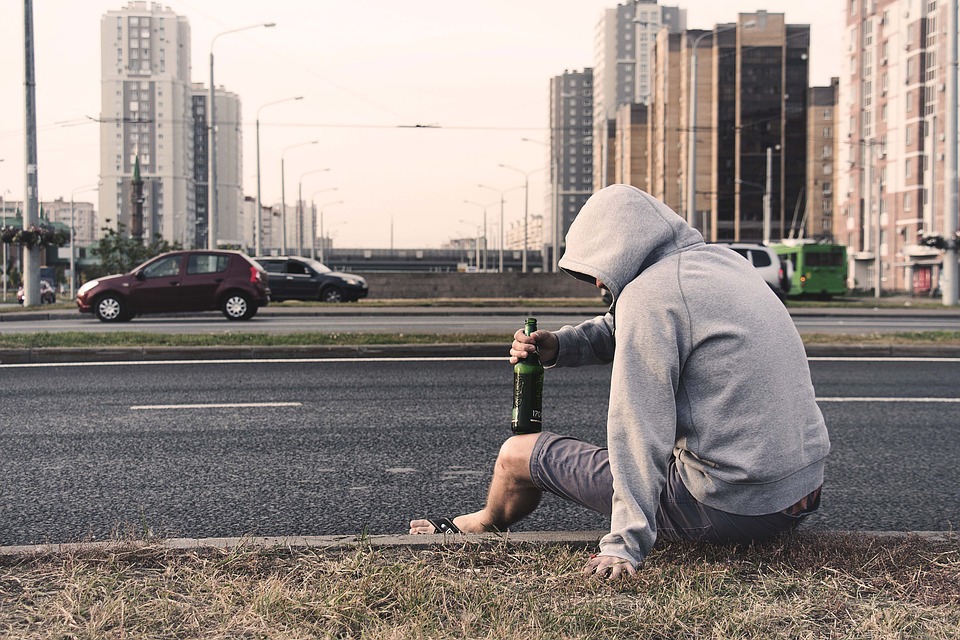 Interestingly, marijuana can actually make food taste better. Neuroscientists from the University of Bordeaux found that THC, the active ingredient in marijuana, enhances the ability of the brain to detect flavors. This enhances the sense of smell and taste, which is why pot makes food taste so much better. The researchers concluded that a person high on marijuana will constantly be sniffing things, including the smell of vegetables. Those who smoke weed are more sensitive to smell than non-smokers, so it’s possible that the cannabis molecule can enhance the quality of foodstuffs.

What Effects does Marijuana Smoking have on the Body?

According to a 2014 study in the journal Nature Neuroscience, THC stimulated receptors in mice’s brains that improved their sense of smell. The animals began to eat more as a result. A greater sense of smell is supposed to improve the flavor of that piece of bacon since taste and aroma are interconnected.
There is still a lot we don’t understand about how marijuana impacts the human body. According to researcher Nicholas DiPatrizio of the University of California, Riverside, THC in cannabis binds to and activates cannabinoid receptors in cells throughout the body, including the brain, tongue, and stomach. These receptors have a role in the regulation of emotions, memory, and pleasure.

According to DiPatrizio, when the receptors in our stomach and on our tongue are stimulated, a signal is delivered to the brain that causes cravings. Even if many things happen when you’re high, our minds convince us that the cookies from the grocery store taste just as nice as moms.

What Makes you want Junk Food When you use Marijuana?

According to DiPatrizio, the brain is in charge of judging what we’re eating and deciding what tastes good and terrible, which is why some people prefer specific meals, like the cake over pie. Cannabis activates several areas in the control center when you smoke, including a section linked to the reward system, making munching even more enjoyable.

According to DiPatrizio, “the ventral striatum is a very significant region of the body that provides hedonic value to meals.” Therefore, if you eat cannabis, the chemical will stimulate cells in that brain region and probably improve your preference for certain meals.

According to DiPatrizio’s studies, cannabis may enhance the attraction of some foods, particularly sugary or fatty ones. He found that stimulating the brain’s parabrachial nucleus prompted mice to eat more sweet and fatty meals but not plain foods. He thinks that happens because THC’s activation of this area enhances these two taste qualities.

Why do Some Foods Taste so Good?

Simply evolution and the presumption that something is safe if Mom ate it account for why we prefer some meals to others. Even as infants, our moms’ food might affect what we subsequently prefer. For instance, infants whose moms consume large amounts of garlic will be able to taste and appreciate the flavor of garlic in breast milk.

Throughout our lives, various circumstances shape what we want to eat. Even our surroundings provide us hints about what flavors our meal should have. We are conditioned by constant food marketing tactics. Even the senses of sight and hearing may influence how savory we find something to be. For instance, studies have found that servings on blue plates are consumed less frequently. A piece of cheese with sharp edges tastes better than one with rounder ones. The crunchier the potato chips, the better they taste.

Both a mental and a chemical concept, taste. Our family, our experiences, the setting we are dining in, and who we are eating with are just a few of the numerous factors influencing whether or not we find something enjoyable.

Why does Food Taste Better High?

The need to snack is obvious, but why does food taste better while you’re high? THC’s overall sensory-improving effects are mostly responsible for how much nicer food tastes and smells while you’re high. As its name suggests, the endocannabinoid system is a built-in mechanism in our bodies that responds to cannabinoids. We frequently experience pleasure, decreased pain sensitivity, and, yes, more sharp taste and smell perceptions when these receptors engage with THC. Of course, the latter is what gives the snacks their delicious flavor.

In addition, research from 2013 found that THC also stimulates the nucleus accumbens area of the brain, which promotes the production of dopamine, the hormone associated with happiness. This implies that although the flavor and aroma of your snacks are improved, you also have a greater sensation of enjoyment while eating them.

But who’s to say that all of this isn’t merely a placebo effect? The particular cannabinoid receptor that activates the olfactory bulb was genetically removed from a batch of mice by Nature Neuroscience researchers. It revealed that the mice with the receptor intact continued to eat more than they usually would, but those without it ate normally.

Can you Stop the Cravings?

Researchers once thought it must be feasible to develop a medication that might counteract the action of THC on CB1 receptors, which they believed caused the munchies. In fact, a medication known as rimonabant was introduced, and it was first discovered to be effective in reducing cravings for fatty foods, nicotine, and alcohol.

But it soon became clear that blocking the endocannabinoid receptors that regulate mood and hunger would have major negative effects. Rimonabant users occasionally experienced severe depression, and a small number even committed suicide.

Trial findings showed that it is not feasible to selectively interfere with particular endocannabinoid receptors while leaving others unaffected. Too much of our endocannabinoid system is inextricably linked to the joy we feel when eating something tasty. Therefore, if you try to block a portion of the system, you will ultimately block the entire system and lose the ability to experience happiness.

Does Marijuana Increase your Senses?

A 2014 research on animals suggested that THC could increase human sensitivity to smell by binding to receptors in the brain’s olfactory bulb. This enhances the appeal of food scents, which encourages you to consume more.

According to other studies, activating the CB1 receptor has a “paradoxical” impact that “may be caused by both pre-and post-synaptic actions,” increasing the activity of neurons that promote satiety (fullness). To put it another way, it’s possible that several distinct effects demonstrated by THC and other CB1 agonists—rather than just one—are collectively to blame for the increased pleasure associated with eating.

Dopamine is a neurotransmitter that regulates how happy and rewarded the body feels. Acute THC usage boosts dopamine production, which might make eating more enjoyable and reduce inhibitions, increasing your propensity to overindulge. 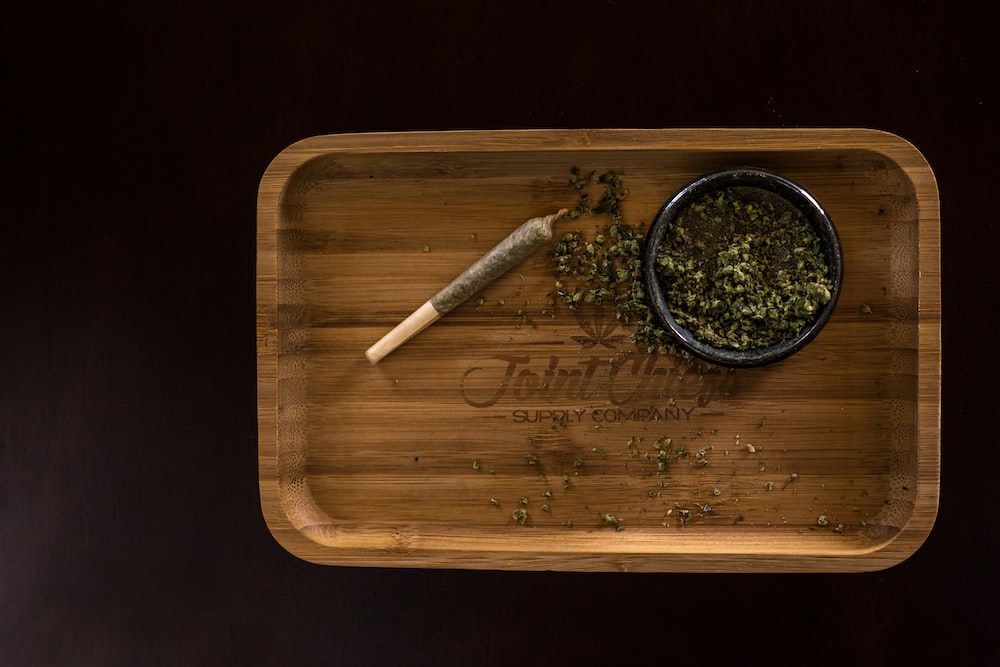 Are there any Myths Related to Marijuana?

One popular myth about marijuana is that it makes food taste better. However, this is not the case. According to the University of Bordeaux neuroscientists, THC is a component of marijuana that can alter the brain’s ability to detect different smells. This is why cannabis makes food taste better when you’re high. The active ingredient in the drug, THC, also enhances the sense of smell, and this is why it makes marijuana so delicious.

The researchers concluded that marijuana can increase one’s desire to eat food. This is due to the high THC content in the brain. THC stimulates the olfactory bulb in the brain, which aids in identifying taste and smell. It can also make food that is unappetizing more appealing. The findings suggest that marijuana can help patients with eating disorders because it can help them feel more satisfied and happier.

It is believed that marijuana increases a person’s desire to eat. But this is not necessarily true. THC is a psychoactive compound in marijuana that can change the brain’s olfactory bulb and affect the brain’s ability to detect smells. This means that a high person will be more likely to choose sweeter foods.

This is contrary to popular belief, which suggests that marijuana directly affects how food tastes. The study published in the journal Nature Neuroscience shows that marijuana can improve the taste of food in mice by increasing the level of a chemical called THC, the active ingredient in the drug. This substance increases the pleasure a person experiences from eating and can even help the user choose more delicious food. This makes marijuana more appealing to people who don’t enjoy sweets and fatty foods.

The olfactory bulb is the brain’s primary sensory organ, and THC affects this region, which increases our sense of smell. In the case of marijuana, the active ingredient, THC, increases the sense of smell. In turn, this enhances the perception of food. Therefore, marijuana is a great way to get high! The benefits of a higher olfactory system can be felt through all sorts of foods.

The main effect of marijuana on food is a feeling of pleasure. In mice, THC is linked with the ability to smell and taste. The drug increases the sense of smell, so it enhances the taste of food. The effects of marijuana are felt in the human body. Even though THC is not a side effect, it may contribute to the perception of weed. The study was published in the journal Nature Neuroscience.