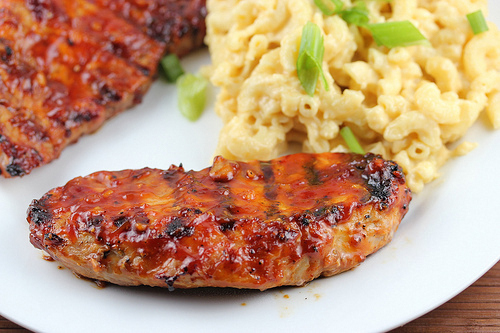 Whenever I am looking for something delicious to put on the grill, BBQ pork chops are always a good choice. This recipe consists of pork chops that are brushed with a homemade BBQ sauce while being cooked on the grill. If you are not a fan of pork, you can easily use chicken instead—just make sure that the chicken has reached an internal temperature of 165 degrees. The BBQ sauce is both sweet and spicy, it gets heat from the chopped chipotle chili pepper. Other ingredients that give this BBQ sauce a good amount of flavor are garlic and Coca Cola. This dish goes great served with a cold salad or I served it with homemade macaroni and cheese. Enjoy. Adapted from Food for Flicks. 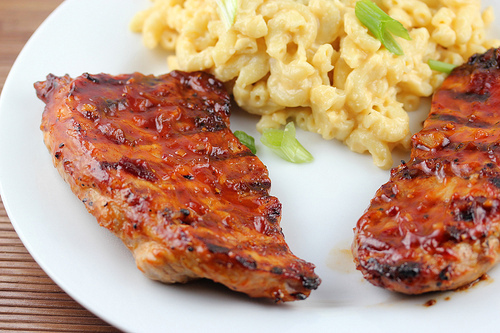