People frequently use olive oil for cooking, bread dipping, and even baking. It’s no surprise that it’s a popular choice because of its rich flavor profile and health advantages. Olive oil appeals to health advocates because of its high percentage of monounsaturated and polyunsaturated fat. These healthy fats aid heart health and promote a feeling of fullness (or fullness).

If you peek in the cupboard and realize you’re out of olive oil in the middle of a dish or searching for specific benefits of another oil, you may need to switch. Some of the most common olive oil replacements are listed below. 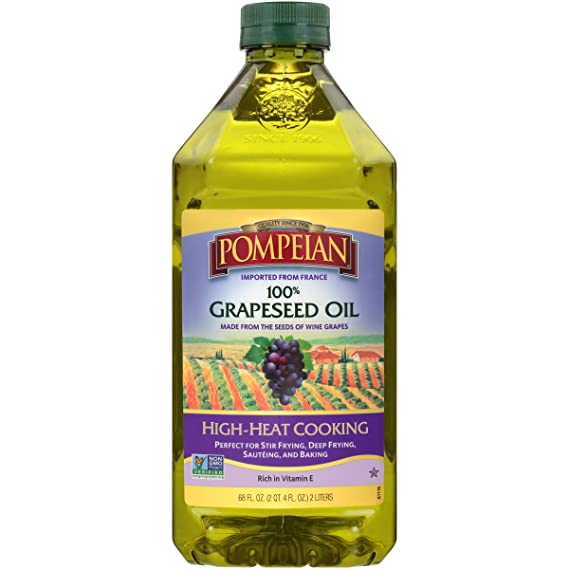 3 It also contains a healthy dosage of vitamin E, an antioxidant that may help prevent aging and chronic disease, according to research.

Because grapeseed oil has a neutral flavor, it can be used in place of olive oil for preparing savory foods like vegetables and proteins. 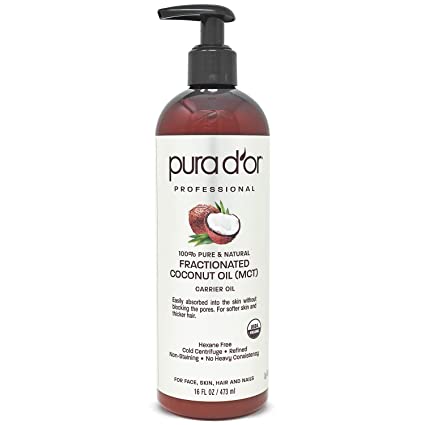 Coconut oil is a healthy alternative to olive oil made from pressed coconut meat. It is available in two forms: unrefined and refined, containing the beneficial lauric acid.

While it has a higher nutritional value than refined oil, it has a lower smoking point. Therefore, it is unsuited for frying and is better suited to baking or sautéing. However, be cautious when using it because it has a strong coconut flavor. This can be a delicious addition to some recipes, but it may not work with others.

Coconut oil can be substituted for olive oil at a 1:1 ratio. Butter has a stronger flavor and a lower smoke point than olive oil, although it can be used as a substitute in some dishes. It’s fantastic for sautéing veggies and adding a lovely richness to pasta dishes.

When baking, you can also substitute melted butter for olive oil.

Use a tablespoon + a teaspoon of butter for every tablespoon of olive oil in a recipe.

Even better is ghee, which is clarified butter that has been separated from water and milk particles. This is because butter has a considerably higher smoke point than butter and won’t burn at high heat. If lactose intolerant, ghee is a better option than butter because it contains very little lactose.

Ghee can be used to sauté, pan-fry, and roast foods, and it’s even more adaptable than olive oil for deep frying. See my ghee-roasted vegetable recipe.

Ghee can be used in place of olive oil at a 1:1 ratio. 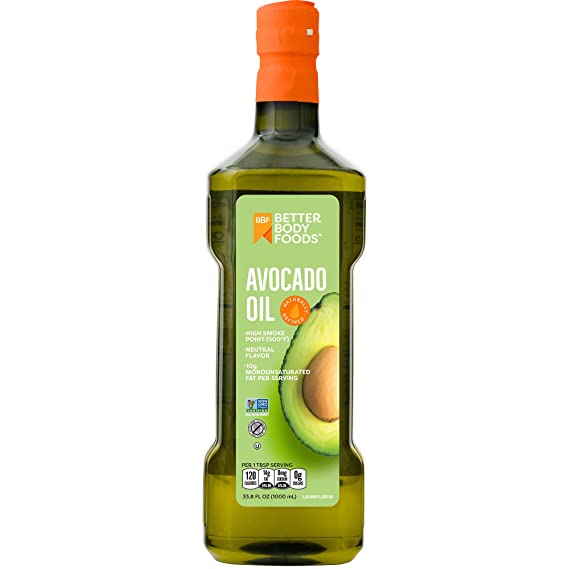 Avocado oil is a terrific substitute for olive oil in recipes, but it is also incredibly nutritional! It’s high in oleic acid, a heart-healthy monounsaturated fat, and lutein, which is good for your eyes. It’s also beneficial to your skin because it’s high in vitamins A and E.

Avocado oil has a high smoke point, making it ideal for sautéing and frying, grilling, and searing. It has a mild flavor, so it can be used in baked items without altering the overall flavor. 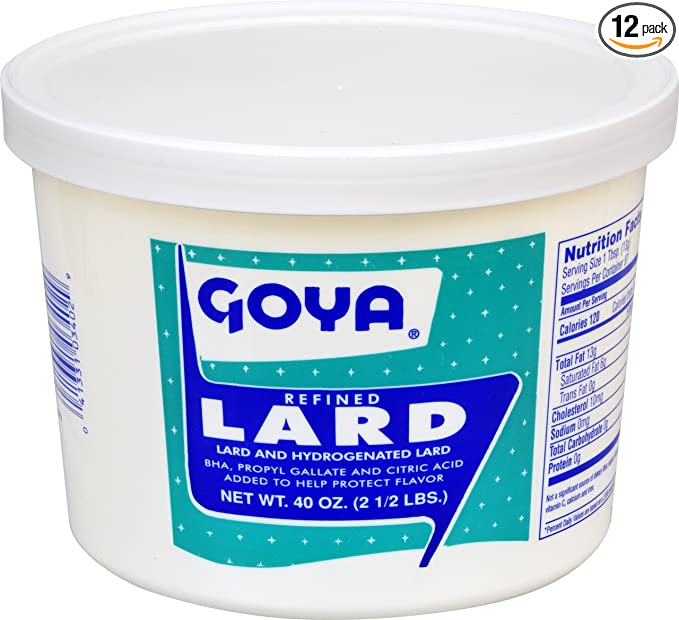 Lard has a high smoke point, like other animal fats like tallow and goose or duck fat. They’re a great substitute for olive oil in dishes that call for a lot of heat.

While they cannot be used in cold foods such as salad dressings, they are perfect for baking to frying. Because tallow has a smoke point of 400°F/250°C, it’s excellent for deep frying. As an added advantage, animal fats can enhance the flavor of your foods by providing richness and depth.

You can substitute an equal amount of animal fat for the olive oil in your recipe.

Why Should you Use Alternative for Olive Oil?

Why would you want to use something else when olive oil is so popular and tried and true?

There are several reasons you may want to switch to a different type of oil.

The first is that you just ran out of olive oil and are in a hurry to feed your family dinner. As a result, you look for whatever you have on hand.

Another reason is that you’re trying out new flavors and textures and want to test how a dish would taste with a different oil.

Whatever your motivation for replacing your olive oil with another, it’s critical to understand what different oils are available.

It can be! Vegetable oil has about the same amount of saturated fat like extra virgin olive oil in nutrition (EVOO). Monounsaturated and polyunsaturated fat make up the majority of the remaining fat. They also have comparable smoke points, so they can be used interchangeably in the kitchen. In some finishing applications, such as salad dressing, EVOO has a distinct flavor profile, whereas vegetable oil has a more neutral flavor.

What are Other Olive Oil Substitutes for Baked Goods?

Cup can be substituted for the cup. Your dishes’ texture may be somewhat affected. Applesauce, for example, makes cookies moister and cake-like.

In baked items, yogurt can be used instead of vegetable oil. Most recipes call for plain yogurt, but vanilla yogurt provides a special touch. Choose low-fat, organic varieties. Replace vegetable oil cup for cup in your recipe, but lower the number of other liquids. The finished product will be tart.

What Makes Grapeseed and Peanut Oils a Great Substitute?

Peanut and grapeseed oils are frequently promoted as healthier alternatives to vegetable oil. Both have a high smoke point and are suitable for the following applications:

According to Dr. Andrew Weil, Americans are getting too many omega-6 fatty acids because the typical American diet contains a lot of processed foods. This throws off the delicate balance of omega-6 to omega-3 fatty acids.

When omega-6 fatty acids are too high, inflammation and disease become more likely. Alternatives to vegetable oil include peanut and grapeseed oil. However, if you eat many processed foods or foods that naturally contain omega-6 fatty acids, you should use them sparingly.

Peanuts are used to make peanut oil. If you have a peanut allergy, avoid using it.

What is the Problem of Using Olive Oil?

Olive oil, especially extra virgin olive oil, has become a superfood. It is high in polyphenols and monounsaturated fat, which helps to maintain cardiovascular health and reduce inflammation.

Plant polyphenols influence immune function and resist oxidative stress, according to a review published in the International Journal of Molecular Sciences in March 2018. Because of their antioxidant and anti-inflammatory properties, these substances may reduce your risk of cancer, coronary heart disease, and neurological illnesses.

So, what’s the big deal about olive oil? After all, it’s a nutritional powerhouse, and the disadvantage is that it is high in calories and fat. A single tablespoon of olive oil contains 120 calories, 13.5 grams of fat, and no protein or fiber; 3 tablespoons of olive oil every day adds 360 calories.

According to the Mayo Clinic and other health organizations, one pound of fat contains around 3,500 calories. When you use too much olive oil in your cooking, the calories build-up, gaining weight. It’s simple math.

Another issue is that a lot of places offer fake olive oil. As a result, it could be nutritionally deficient and contain hazardous substances. Buying olive oil directly from producers or certified distributors is the only way to ensure you’re getting the real deal.

What are Some Low Fat Olive Oil Substitutes?

Tahini, or sesame butter, has 8 grams of fat per tablespoon, but it also has fiber, protein, calcium, iron, magnesium, and zinc. Olive oil is deficient in certain nutrients. On the other hand, Hummus has only 27 calories per tablespoon and 1.3 grams of fat. Combine it with lemon juice, minced garlic, salt, pepper, and Dijon mustard to make a great salad dressing.

Are you thinking of making cupcakes, pies, or banana bread? Instead of olive oil, use applesauce. Applesauce is perfect for diet-friendly baked products because it has only 20 calories per ounce, and it keeps the batter wet and helps the other ingredients stick together. If your recipe calls for half a cup of olive oil or any other cooking oil, replace it with half a cup of applesauce.

What Makes Some People Worried While Using Any Kind of Oil?

Fats and oils can be destroyed when exposed to high temperatures.

This is especially true of oils high in polyunsaturated fats, including most vegetable oils like soybean and canola.

When they get too hot, they can produce dangerous substances like lipid peroxides and aldehydes, which can cause cancer.

When these oils are heated, they release carcinogenic chemicals that can cause lung cancer if inhaled. Standing in a kitchen while these oils are being used can be harmful.

Only cook with stable fats at high temperatures if you want to reduce your exposure to possibly dangerous and carcinogenic chemicals.

The most important characteristics of cooking oils are:

The temperature at which lipids begin to break down and produce smoke is the smoke point.

Oxidative stability refers to how resistant fats are to oxygen reactions.

In both categories, olive oil excels.

What are Some Antioxidants that Maybe Destroyed by Cooking in Olive Oil?

Olive oil is unlikely to oxidize or be seriously damaged during normal cooking.

However, certain antioxidants like vitamin E, which are heat sensitive, may be degraded.

Oleocanthal is one of the most active chemicals in extra virgin olive oil. Olive oil’s anti-inflammatory properties are due to this chemical (19Trusted Source).

In another study, 24 hours of simulated frying lowered several beneficial chemicals, whereas 10 minutes in the microwave or boiling in the water had negligible impacts (21Trusted Source).

Olive oil’s trace components are also responsible for some of the flavor. As a result, warming olive oil can degrade its flavor.

Keep in mind that the conditions in these trials are quite harsh.

Not all oil alternatives are suitable for all cooking methods and recipes. Some oils have greater tastes than others, causing your meal to taste different. Other oils have low heat points and are unsuitable for baking or high-temperature cookery.

While many oils have health benefits, keep in mind that they are typically heavy in fat and calories. Even if the fat is considered “healthy,” it can still cause weight gain if ingested in excess.

Olive oil is one of the most nutritious oils available, and it’s created from the olive tree’s fruit. Olive oil is high in monounsaturated fats, which may help reduce the risk of heart disease and aid in blood sugar control.