If you’re a cocktail fan that loves margaritas, then you’re already familiar with the flavor that is Triple Sec. This exotic liqueur is a top contender when it comes to making specialty drinks as well as flavoring foods. Triple Sec is so highly sought-after; hardly would you find a cocktail recipe that doesn’t include it. But what about when you don’t have Triple Sec? Does it mean your recipe is doomed to fail? Well, the answer is no.

Even without it, you can still infuse that unique Triple Sec citrus flavor into your recipe whenever you can. And you can do this with commonly found substitutes around you. Making a margarita without Triple Sec sounds laudable, but it’s not impossible, as some recipes switch it with Aperol. And you can even employ other familiar and non-alcoholic substitutes like orange juice.

But first, let’s take a closer look at what Triple Sec is and why it’s such a revered ingredient for making flavorful cocktails.

What is Triple Sec?

Triple Sec is an alcoholic beverage made from the peels of Curaçao oranges. These oranges are native to the Caribbean islands of Curaçao and are initiallyValencia oranges brought to the island by Spanish settlers. Back home, the Valencia oranges were renowned for their sweetness, but on Curaçao soil, they grew bitter. After being left to grow wild for years, the idea to marinate dried peels of the Curaçao oranges alcohol was conceived. The peels are soaked for 24 hours in alcohol, after which it’s then distilled three times. The final product is Triple Sec, whose name roughly translates to ‘Three times dry’ or ‘Three times distilled.’

Most Triple Sec brands can contain added sugar, so the bitterness isn’t overwhelming. Other brands add color, spices, and flavorings to their products, though the liqueur can still be marketed. And though the high-class varieties of Triple Sec are still made from Curaçao orange peels, many other types of bitter oranges are also used to make the liqueur. But on a generic term, though, orange-flavored liqueurs are also considered forms of Triple Sec. And you’ll also find the drink in non-alcoholic varieties as well. 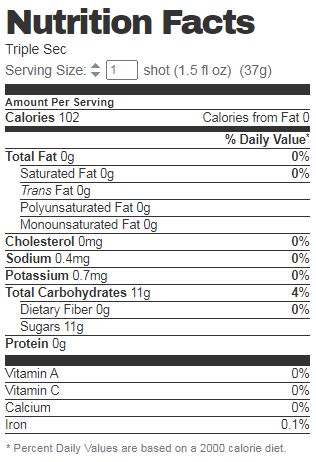 Triple Sec can be consumed on its own as a digestif or aperitif, so long as it’s a quality distill. But most times, it’s mixed into other alcohol to make tasty cocktails. The non-alcoholic varieties of Triple Sec also work great for mocktails as well. Whichever function it’s employed for, Triple Sec adds a deep orange flavor to drinks, making it highly sought after at bars, parties, and dinner events.

The orange spirit is also commonly used as a flavoring agent. Triple Sec helps to infuse the tasty flavor of orange into desserts. Its rich taste is also included in fish and baked goods that seek that twist in flavor. And it comes with the advantage of having a lower alcoholic content compared to other flavored liqueurs. Triple Sec is a rich flavor enhancer that works in lots of drink and food recipes, some of which include;

While Triple Sec makes a great addition to tons of recipes, not everyone would like to use it because of its alcoholic content. And other times, you don’t have either the alcoholic or non-alcoholic variety in your rack. So, if you need a quick-fix option that can conveniently replace Triple Sec in most recipes, consider these options. But note that they don’t all work in the same situations, so you’ll have to make sure each substitute blends with your need. 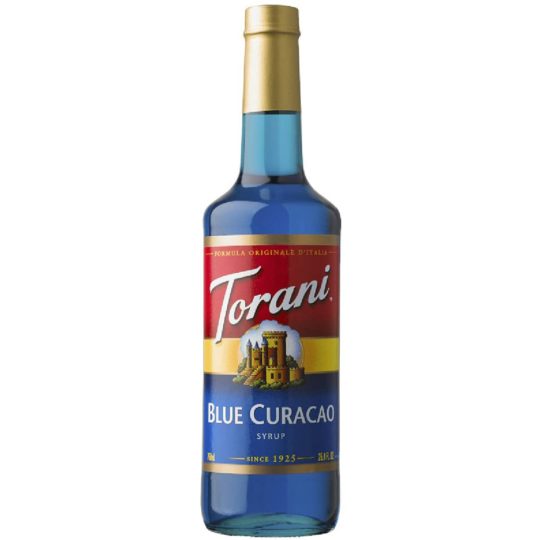 Since you already know Triple Sec was initially made fromCuraçao oranges, this option is a no-brainer. As the name implies, Curaçao orange liqueur offers you the same robust flavor as expected from generic Triple Sec. Most times, brands named after such are made from Laraha oranges, but you still get the same orangey richness. And as a plus, the fruit is cultivated on the Caribbean islands, so they develop under the same conditions as Curaçao oranges.

You can use Curaçao orange liqueur in every cocktail recipe, including Long Island iced tea, and sometimes as a substitute for Triple Sec in desserts. You can also find it either as a clear liquid or in other color varieties as well. Note that Curaçao can be swapped for Triple Sec in equal amounts. 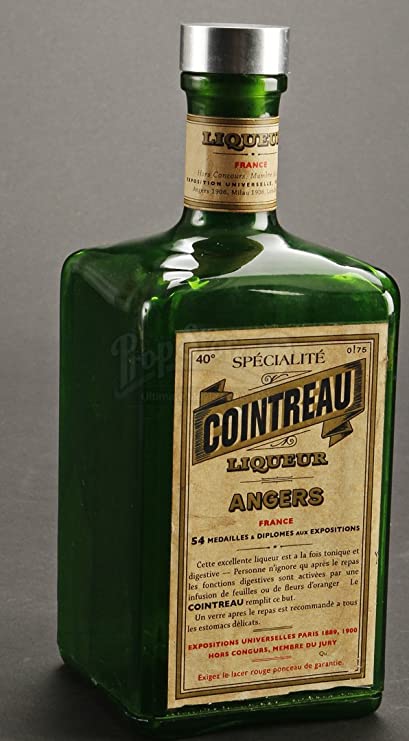 Cointreau is derived from the sun-dried peels of bitter and sweet oranges, so expect a full flavor similar to Triple Sec. Plus, Cointreau is one of the numerous specialty brands considered as forms of Triple Sec, so it’s a win-win. Though it’s pricier, you get a fullness of flavor that’s prominent in any recipe it’s used. Cointreau is perfect for almost any cocktail, including lemon drop, and is an equal substitute for Triple Sec in liqueur cakes, desserts, and infused fruits.

If you’re a huge fan of margaritas, then you’re overly familiar with Grand Marinier. So, you must also be glad to know that it’s also considered a specialty form of Triple Sec. Like Cointreau, it’s rich in orange flavor and distilled in France. The peels are soaked in cognac, so this liqueur offers a perfect taste combo of orange and brandy. And it goes perfectly in drinks and desserts, including chocolate cake and brownies.

Unlike Triple Sec, Grand Mariner offers all the orangey flavor with a lower sweetness. It also has a smoother taste and darker hue than Triple Sec. Grand Marinier also costs more than Triple Sec in the market. But if you already have a bottle at home, then use it at a one-to-one ratio as Triple Sec.

Not everyone likes to consume alcohol, either as a drink or in their food. So, if you wish to replace Triple Sec in your recipe because of its boozy nature, consider using parts of oranges. In this situation, you’ll be gunning for the orangey flavor, but you also get an added advantage of zest. And most orange parts will work for both cooking, desserts, and drinks.

A dash of orange juice or marmalade works in foods and desserts like orange chicken, cakes, and brownies. You can also add them to mocktails since they’re alcohol-free. If you don’t have orange liqueur for your cocktails, the orange extract is your next best bet. It’s perfect for cakes, brownies, orange fried chicken, chocolate strawberries, and many other recipes. But use less of it as it’s highly concentrated in flavor; one teaspoon of orange extract for one teaspoon of Triple Sec.

You can also consider orange oil, which is a popular though expensive flavor enhancer. It works in all desserts and can also be added to marinades and mocktails. Add two to four drops of orange oil for every two tablespoons of Triple Sec called.

Another non-alcoholic option to consider is orange zest since they’re rich in essential oils. You can add them to cakes and desserts, and two teaspoons will replace two tablespoons of Triple Sec. But note that orange zests aren’t suitable for cocktails and drinks. 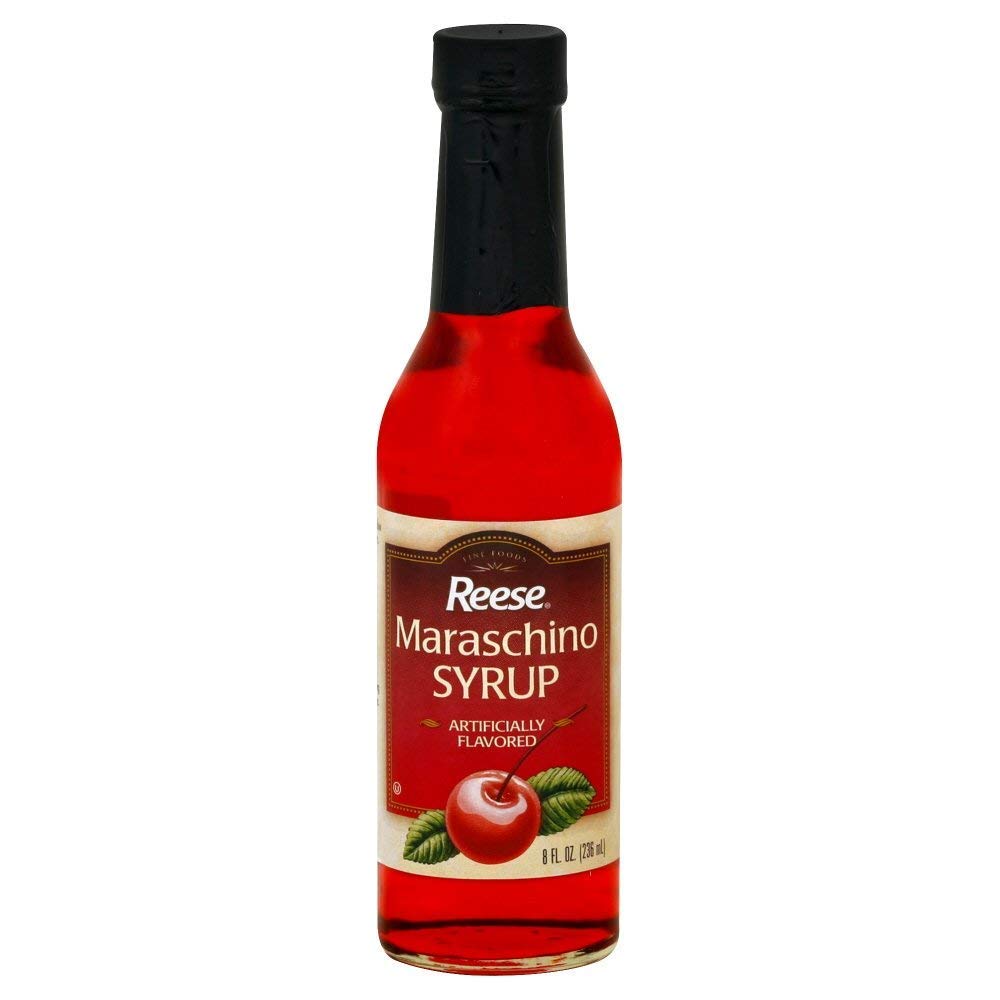 Some recipes indicate that Triple Sec is needed to infuse sweetness and not necessarily the orangey flavor. Such recipes may also employ the orange taste of Triple Sec to create a fruity effect. In these cases, maraschino makes a perfect substitute. This syrup is made from marasca cherries and is native to Croatia. Maraschino has a balanced smoothness and subtler sweetness. This factor makes it ideal in any cocktail drink that calls for Triple Sec.

Can you substitute Triple Sec for grenadine?

Yes, you can. Grenadine will infuse a good dose of sweetness to your cocktails and mocktails in place of Triple Sec. So, it makes an excellent option for both alcoholic and non-alcoholic recipes. Grenadine is also a great addition to teas and pairs well with bread, ice creams, and cheese-topped recipes. It can also be sparingly doused on salads and meats.

Can you use Aperol instead of Triple Sec?

Some Cosmopolitan recipes have been known to swap Aperol for Triple Sec since it also contains flavors from bittersweet oranges. In such cases, the cranberry is also exchanged with lime juice.

Can I substitute blue Curaçao for Triple Sec?

Yes, you can. Blue Curaçao will give your cocktail recipe the same flavor effects as most other varieties. But you must note that it’ll also add its signature bluish hue to the color of your drink. Also, Blue Curaçao has about 20 to 20% alcoholic content- lower than most other Curaçao options.

Do you find yourself out of Triple Sec and don’t know what to use? Sit back and relax because you don’t need to worry. You can pick any of these hand alcoholic and non-alcoholic alternatives for your food and drink recipes. And you’ll still be able to infuse the rich and full flavor expected from the classic orange liqueur.