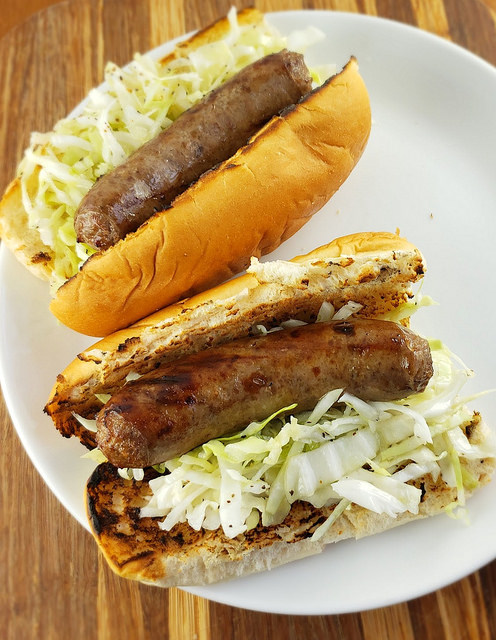 The warmer weather is coming up soon and that means it’s time to fire up the grill again. A great way to start off the grilling season is with beer brats. These brats are cooked in beer and then placed onto the grill to finish cooking. A delicious slaw is also added to these brats. The slaw is mainly oil and vinegar based (no mayo) and really adds a nice flavor to these brats. Enjoy. 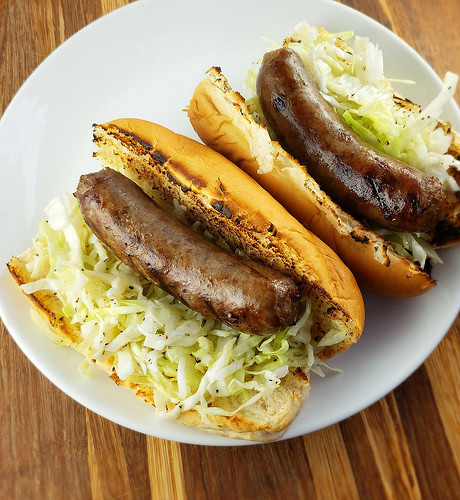