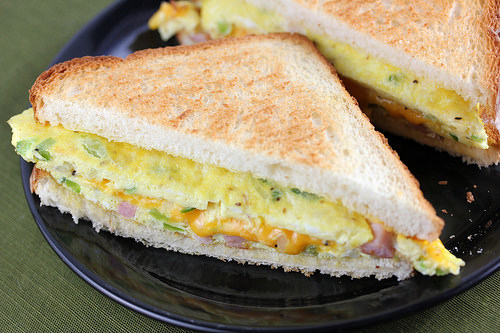 I always enjoy a slice of buttery toast with my omelet and putting the omelet into a sandwich makes perfect sense. This Denver omelet sandwich combines the ingredients of a Denver omelet right between two pieces of toasted bread. Eggs are combined in a bowl with ingredients such as green pepper, onion and ham. The egg mixture is cooked in a skillet and then topped with cheddar cheese and folded before being placed onto the bread. You can toast the bread in a toaster or use the oven. I used the oven. I like to serve this sandwich with hash browns. Enjoy. 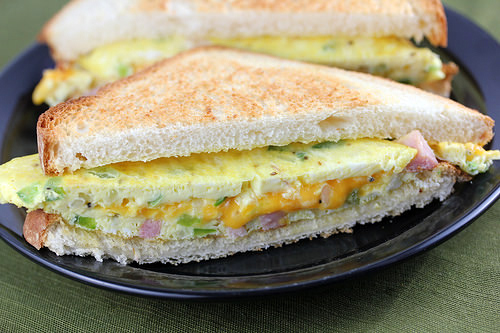