Eno is a fruit salt that is mostly made up of 60 percent baking soda and 40% citric acid. So, if you have these on hand, you can substitute this percentage for ENO. If citric acid isn’t available, you can replace it with another souring agent and baking soda. A few readers also remark that Baking Soda and Citric Acid, in equal parts, have worked well as a fruit salt alternative. Some people also recommend using just baking soda instead of citric acid (for 1 tsp eno = 3/4 tsp upto 1 tsp baking soda).

Do you know what the Eno fruit salt replacement is? Have you ever wondered what the advantages are? The advantages and disadvantages will be discussed in this essay. You can make your own by mixing half a teaspoon of baking soda with half a teaspoon of lemon juice. Keep in mind, however, that Eno is not recommended for diabetics. Antiacid qualities are present in this product. Before using it, talk to your doctor about how to maintain your blood sugar levels steady.

Sodium bicarbonate, citric acid, and carbonates make up this fruit salt replacement. Its major purpose is to act as an antacid. It also functions as a leavening agent, making it beneficial in baking and frying. We’ll look into Eno’s history and benefits if you’re curious about what it does. Let’s look at it more closely.

Enocontains 60 percent baking soda and 40 percent citric acid, which causes flours to rise. It’s widely used in baking and can be used in place of baking powder and baking soda. But, specifically, what does Eno do for your diet? Is it good for you? Is it true that it makes your flour rise? Eno has 2.1 grammes of sugar per five millilitres, making it unsuitable for diabetics or those on a low sodium diet.

What are Some Substitutes for Eno Fruit Salt? 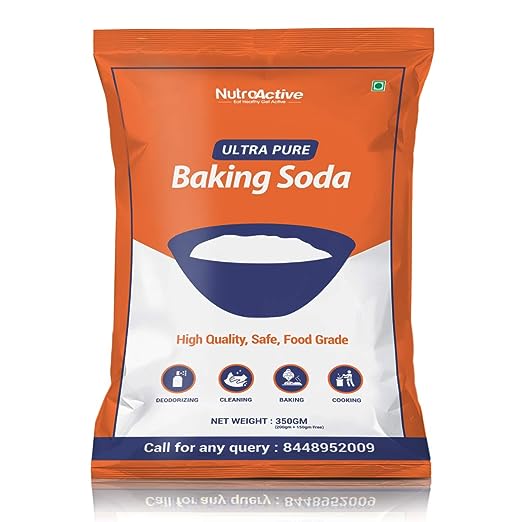 When combined with a sour ingredient, baking soda is the finest alternative for Eno. Because the baking soda is activated by the acid in the souring ingredient, such as citric acid, the dish becomes light, fluffy, and spongy. If you don’t have any other souring agent in the recipe, you can skip the citric acid and just use Baking soda instead. If you don’t have any Citric acid on hand, you can substitute any of the alternatives listed below.

In fact, if you look into Eno’s composition, you’ll notice that it’s made up of 60% baking soda and 40% citric acid. There is a small amount of salt, but we don’t consider it because the foods we create usually include salt in them. 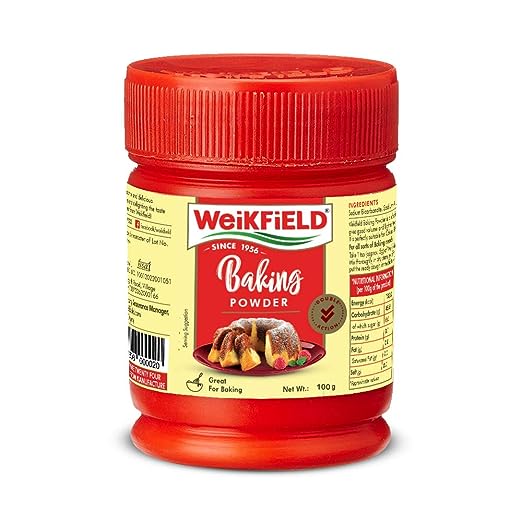 Baking powder is made up of two ingredients: baking soda and a dry acid. Eno takes on the role of a double-acting baking powder as a result of this.

When the acid is mixed with liquid in double-acting baking powder, the first release of carbon dioxide occurs, and the second release occurs when the salts are subjected to heat, such as in an oven. This adds fluffiness to the baked foods. When we claim Eno is made up of Baking soda, citric acid, and salt, we’re implying that Baking powder can be used in place of Eno. Baking powder is essentially made up of Baking soda and a dry acid. This makes Eno act like a double-acting baking powder.

What is the Purpose of Eno Fruit Salt?

Indigestion can be relieved with the use of a sugar-free antacid. The only issue with Eno Fruit Salt is that it is high in sodium and hence not ideal for persons who follow a low sodium diet. Despite the fact that Eno fruit salt is sugar-free, it may not be suited for persons on a low-sodium diet, pregnant women, or those with renal or liver disease. It’s a popular over-the-counter antacid that comes in two flavours.

Baking with this antacid is one of the greatest ways to use it. It won’t impact the taste of your cake, but it will improve its baking ability. If there is no acid in the combination, the baking powder and citric acid will react well, and the resulting mixture will taste pungent. Keep this mixture in a glass or plastic container in your first-aid kit after you’ve made it.

Baking soda is an excellent substitute for Eno fruit salt. For every cup of water, add a teaspoon of baking soda to the batter. Make sure to add the salt in two batches: one for the steamer and one for the batter bowl. After thoroughly mixing the ingredients, cook the idlis to the desired size. Serve right away or store in the refrigerator.

A half teaspoon of citric acid can be used to make a simple no-salt eno recipe. This item adds a tangy flavour to recipes. It also gives the batter a light and airy feel. If you wish, you can use citric acid or baking soda instead of Eno. If you can’t get Eno fruit salt, you can substitute baking soda.

When you add baking powder in pizza dough, you’re allowing the powder’s acid and bases to mix in the presence of water, releasing gas. That gas will aid in the rising of the pizza in the oven. The same thing happens with Eno, where the acid in the powder reacts with one of the bases to produce carbon dioxide gas. As a result, the same impact will occur, resulting in a rise.

What are Some Downsides of Eno Fruit Salt?

While eno fruit salt can help with sleep problems, don’t take more than the suggested daily amount. The sodium content of this supplement is 0.85 grammes per serving. If you’re pregnant or breastfeeding, you should avoid taking it with alcohol. The sachet should also not be torn. Furthermore, the supplement should only be used as advised, and children under the age of 12 should not take it.

Overdosing is one of the most typical negative effects of eno fruit salt. Take no more than six tablets in a 24-hour period. If you can’t afford the supplement, consider producing a homemade version with a few basic items. 60 percent baking soda and 40 percent citric acid make up this salt. Overdosing can happen during the first 24 hours of taking the medication. You can manufacture your own if you’re concerned about the possibility of overdosing.

Despite its marketing as a healthy food addition, eno fruit salt is not suited for diabetics or low-sodium dieters. Every 5ml portion of the product contains 2.1g of sugar. This antacid may be ineffective for people on low-salt diets. It is, nevertheless, a commonly used ingredient in processed foods.

A nine-star rakshasa was said to possess a red moon in legend. Many people died as a result of the blood moon’s powerful necromantic atmosphere. Xianyun’s power, on the other hand, has skyrocketed. He has been planning an attack on Taihu for some time, but he has decided to add to the flames. As a result, he allowed Jianguo to return home.

What is the Difference Between Baking Powder and Baking Soda?

Though using baking powder instead of baking soda isn’t recommended, you might be able to get away with it in a pinch. There are no additional ingredients needed if you replace baking powder with baking soda.

Baking soda, on the other hand, is far more powerful than baking powder. As a result, you’ll need around three times as much powder as soda to achieve the same rising effect. Additionally, this alteration may result in a chemical or unpleasant flavour in your finished product. Alternatively, you might use one of numerous other baking soda substitutions.

Baking soda or baking powder is used as a leavening agent in many baked goods recipes. Some may even combine the two. While both goods appear to be identical, they are not. Baking soda is sodium bicarbonate, which must be activated with an acid and a liquid in order to let baked goods rise. Baking powder, on the other hand, contains sodium bicarbonate as well as an acid. To activate it, all it takes is a liquid.

How to Make Dhokla at Home Without ENO?

Like idlis, instant dhokla is made using besan and steamed till soft and fluffy. The secret to fluffy dhokla perfection is in the beating. If you’ve ever made cakes, making dhoklas is a piece of cake. Make sure to beat the batter evenly until all of the air has been included. It takes 30 minutes to prepare and 20 minutes to cook Soft & Spongy Instant Khaman Dhokla without eno. This dhokla is light, fluffy, and moderately zingy, making it a terrific snack at any time of day.

Eno comes in a variety of flavours. The simple, unflavored kind is the most popular, followed by citrus varieties like lemon and orange, which go well with Indian cuisine. Eno is also available in cola and ajwain flavours. When it comes to drinking eno for digestive disorders, the flavour doesn’t really matter, and it’s a matter of personal preference. When using eno for cooking, however, the flavour should be carefully chosen so that it does not interfere with the overall flavour of the food.

By neutralising stomach gases, it is primarily used as an antacid for digestive disorders such as bloating. However, it can also be used as a leavening agent, thus Eno can be found in Indian cuisines like as khaman dhokla and rava idli, as well as baked goods. So, if you don’t have Eno in your cupboard or you ran out of it while cooking a meal that requires Eno, the alternatives listed above will suffice and you may continue cooking!