We all like to have ham during the holidays (well, I know I do), and my family and I enjoy Costco’s spiral ham because of many reasons, one of them being that it is precooked. The Costco ham at 6.99 USD per pound, and the time required to cook is also short.

If you just got a Costco spiral ham, and you lost your instructions sheet, no need to panic because, in this article, you’ll be learning everything about cooking Costco spiral ham. I have also added a quick Costco ham recipe to inspire your dinner in case you are short on inspiration. 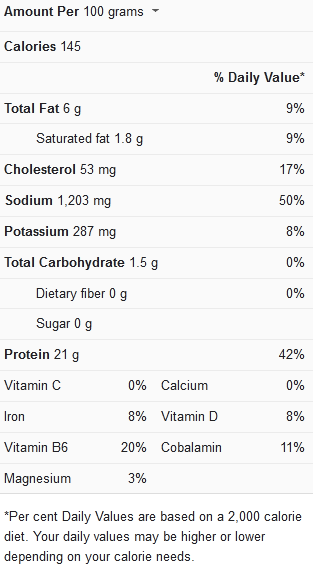 How to Cook Costco Ham

Cooking Costco spiral ham is very straightforward, and it requires an oven. But before you throw it in the oven, here is how everything is done.

Remove the ham from the packaging – when getting Costco spiral ham, you need to pay attention to the packaging because it has all the pieces of information you need. The packaging has the expiry date of the product, instructions on how to cook it and how long to cook it, and inside the merch bag that houses the ham, you will find the glaze mix and a small booklet with all the instructions you need.

Cover ham with foil – to cook Costco ham at home, you need to have foil because the instructions state that you need to cover the ham with foil. Before placing the ham in the roasting, grab some aluminum foil large enough to cover the entire ham and tightly wrap the ham in the foil, this will make the ham retain all its nutrients throughout the entire cooking period.

Cook ham in the oven – after covering your ham in foil, proceed to cook it in the oven. To cook the ham, you need a shallow roasting pan, and you need to place the ham in a way that the round side is exposed (keep the ham face down). You can also keep your ham suspended on a trivet to let the heat circulate all around it.

Use a meat thermometer – the instructions booklet on the Costco spiral ham states that the ham should be cooked at 275°F for 12 to 15 minutes per pound, and that is approximately 2 hours for an average ham. If you have a larger or smaller ham, then the time required to cook the ham would be different, so instead of overcooking or undercooking your ham, you should use a meat thermometer to get the exact readings of the internal temperature of the ham. The internal temperature should fall into the range of 140°F to 160°F.

Put the glaze on – when your ham reaches the 2-hour mark in the oven, take it out of the oven, pour the glaze, and brush all around the ham, also brush the glaze into the precut slices of ham. The glaze is very easy to prepare. Since the ham comes with a pre-measured glaze mix, combine the mix with 45ml of water, cook in a saucepan and when it gets to a boil, take it off and apply all over the ham.

Caramelize the glaze – after you apply the glaze to the ham, it’s time to pop it back into the oven for the remaining cook time. Before you put the ham back into the oven, preheat the oven to 425, then proceed to cook the ham uncovered in the preheated oven for 8 to 10 minutes. The aim is to caramelize the glaze so you would be left with a crispy brown crust that is beautiful to look at.

Use oven mitts – there are a lot of harmful objects in the kitchen, and the oven is one of them. When cooking ham in the oven, you should always wear an oven mitt to avoid getting burned.

Allow ham to rest – after cooking meat, you shouldn’t cut into it immediately, instead, you should let it rest for about 10 minutes. When the meat cooks, the juices are pushed to the center of the meat, resting the meat for 10 minutes gives the protein time to relax and redistribute the juices all through the ham.

The beautiful thing about Costco spiral ham is how easy it is to prepare, you would even get a shorter cook time if you follow all the instructions correctly. The pineapple juice contributes to the complex flavor of the glaze. If you would like to see other ham recipes, check out this video recipe.