A Kirkland spiral ham is the easy way to whip up a large meal for a major crowd. And it’s an ideal option for all those fancy holiday dinners like Christmas and Thanksgiving. Plus, it comes with a glaze packet so you can infuse a mega-dose of sweetness into the meat. Here, you’ll read how to make this happen, plus learn other tips on the best ways to cook a packaged ham. 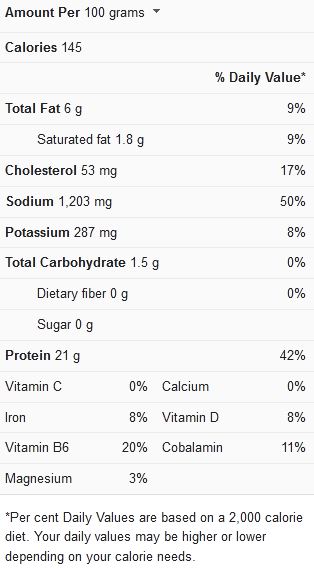 Why Choose a Kirkland Spiral Ham?

They’re Pre-sliced: Their helix method of pre-slicing means you won’t have to make a fuss about partitioning serving options with it.

They’re Precooked: No need to worry about extensive cooking time, as you’re not cooking them, only reheating them.

They Come with Glaze: A glaze packet also included means you won’t have to fret over what to put together to make one. All it needs is water and a bit of boiling on the stove!

With these factors in mind, you can tell that the Kirkland spiral hams with glaze are easy, quick, and convenient. They make preparing special occasion dinners a breeze and are ideal for people with busy schedules or those in a hurry.

How to Plan Servings for a Kirkland Spiral Ham?

While it’s easy to whip a package of Kirkland spiral ham, it also helps to note how much you’ll be cooking. Though hams come in numerous sizes, Kirkland spiral hams are mostly nine-pounders. So, if you’re dealing with such a size, it means you’ll be serving ¾ pounds per serving and cater for 12 people. Note that if the ham is a boneless one, this size will yield more servings, so you may have to cut back by three pounds. And regardless of whether boneless or bone-in, you’ll yield more servings if you serve the hams with sides like rice and mashed potatoes.

Kirkland spiral hams are relatively straightforward, and their recipes are easy to accomplish. And here, we’ll check out two common methods for spiral hams;

Let the oven heat to 350F, and unwrap the ham. Then, cover it entirely with foil, and cook in the oven for an hour and 30 minutes. Before you set it down, you want the ham to reach internal doneness of 140F to 160F. Once it’s reached, combine the glaze packet with water and boil it on the stove. Then, smear the glaze over the ham and cook in a 425F oven for 10 minutes. Afterward, let the ham rest for 10 minutes at room temperature before serving.

Remove the ham from its package and place it on the counter. Then, make the glaze as instructed on its packet, and brush it all over the ham. Then, place the glazed ham in the crockpot and cook for four hours low. You can open the crockpot halfway through the cooking time and baste the ham with its juices. Repeat this at the final 30 minutes before the cooking is done, and serve the ham after a 10-minute rest.

While the glaze packet in the Kirkland spiral ham package is a convenient option, not everyone likes to use it. And if you’re one of such people, you must be an avid follower of homemade glaze recipes. Here are a few options to try;