When we think of unhealthy foods we often think of processed foods, but what if I told you that even a healthy piece of steak could become unhealthy if proper sanitary measures are not followed? Yes! A spoiled piece of meat can be detrimental to your health if consumed, so the easiest thing would be to steer clear of meat that has gone bad.

Well, as easy as that may sound, some pieces of meat may look good enough to pass the eye test, and as we all know, ingesting spoiled meat is harmful to us. If you are trying to know if the meat on your plate is spoilt, there are some simple factors you need to consider. In this article, I have listed some of the most helpful tips to know when meat is bad even after cooking. 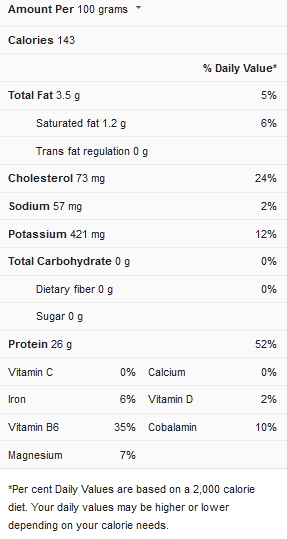 How to Detect Spoiled Meat

Determining if meat is spoiled may be difficult for a lot of people, but we have simplified this process to the point where even a fifth grader would be able to detect spoiled meat. Below are the most important things to consider before diving into that piece of steak.

The color – one of the most obvious ways to tell if meat is bad is from the color. Fresh meats usually have a pinkish to a reddish hue, except poultry which has a slight gray to white hue. If you get a piece of steak that has discoloration, or gray patches on it, it most likely is a spoilt steak, you should consider throwing it away and getting a fresh cut.

The smell – fresh meat has a very subtle smell, so when a piece of meat reeks, it is obvious that something is wrong. If your meat passes the color test, then the next test would be the smell test, as even a slice of well-cooked meat will still have an awful smell if it is bad. The reason for the stench is because of the presence of bacteria which breaks down the meat tissue producing awful smelling chemicals like ammonia, amines, and hydrogen sulfide.

Presence of molds – bad meats usually have visible molds or patches, this is similar to the discoloration previously mentioned. Funny spots, gray molds, or discolorations are bad signs for any food and meat is no exception. The part of the meat with molds can be chopped off and discarded, but to be on the safe side, it is best to completely discard the meat.

Presence of slime – the best way to know if your meat is no longer edible is to check for slime. If the meat is covered in a slimy layer, then it is no longer safe to be eaten. If eaten, it would not feel as slimy as it looks, but it should not be eaten, rather it should be thrown away and a new cut should be purchased.

How to Prevent Meat from Going Bad

If you do not plan to use up those pieces of meat you have at home anytime soon, then you should consider storing them. Different storage methods are used to store meat, and some are more effective than others I’ve listed some tips to help keep your meat fresher for longer periods.

Sometimes you might get a good deal from your butcher or the supermarket, you happily grab everything you can get, and the next morning, you find out that you have more than enough meat in your refrigerator. The ultimately leads to spoilage, so to prevent this from happening, you need to tackle the problem from the root, which is impulse buying. Only buy according to what your recipe calls for.

One of the best ways to store fresh foods would be to freeze them, and you should also store meat in the freezer. Ground beef can last for up to 6 months in the freezer, while fresh red meat will remain fresh for almost a year, you just have to secure the meat properly in a bag, and avoid defrosting the meat.

When meat is exposed to high temperatures, the bacteria in it dies, so a lump of cooked meat will be much healthier than uncooked meat. When you cook meat, you should proceed to store it in the fridge to ensure it remains in its fresh state.

Over the years, salt has been used to preserve meat. The process is known as “curing”, and it involves submerging meat in salt. To do this at home, get an airtight container, place your meat inside, and completely cover the meat in salt, proceed to store between 2°C to 4°C for 7 days (for every inch).

Whenever you read the label on goods, you would regularly see an instruction that says you should store them in a cool dry place, this is no exception for meat, because the dryer the meat, the longer it tends to last, even outside the refrigerator.

Just like curing with salt, you can also preserve meat by smoking it. You do not necessarily have to place the meat over direct flame, as just the smoker from the fire is enough to cook the meat. Apart from preservation, smoking meat also gives it a very pleasant aroma that is second to none.

Airtight containers are wonderful. You can get your piece of meat to last a whole year just by canning it. The intense pressure inside the container will stop any microorganisms from forming inside or around the meat. Note that there are different canning methods for different meat types.

Following the necessary sanitary measures is important if you wish to get the best out of your fresh foods, so before you head to the butcher to purchase that steak, you should know a thing or two about meats and how you should store them.