Various salts can be used as ice cream salt substitutes. The primary type is rock salt, and rock salt has large, coarse grains, which are essential for ice cream. Salt substitutes should have similar qualities but require less salt. Table salt, Himalayan pink salt, and coarse sea salt can all be used in a pinch. Kosher salt is the preferred sub, but other types are also acceptable.

What can be Used in Place of Ice Cream Salt in Recipes? 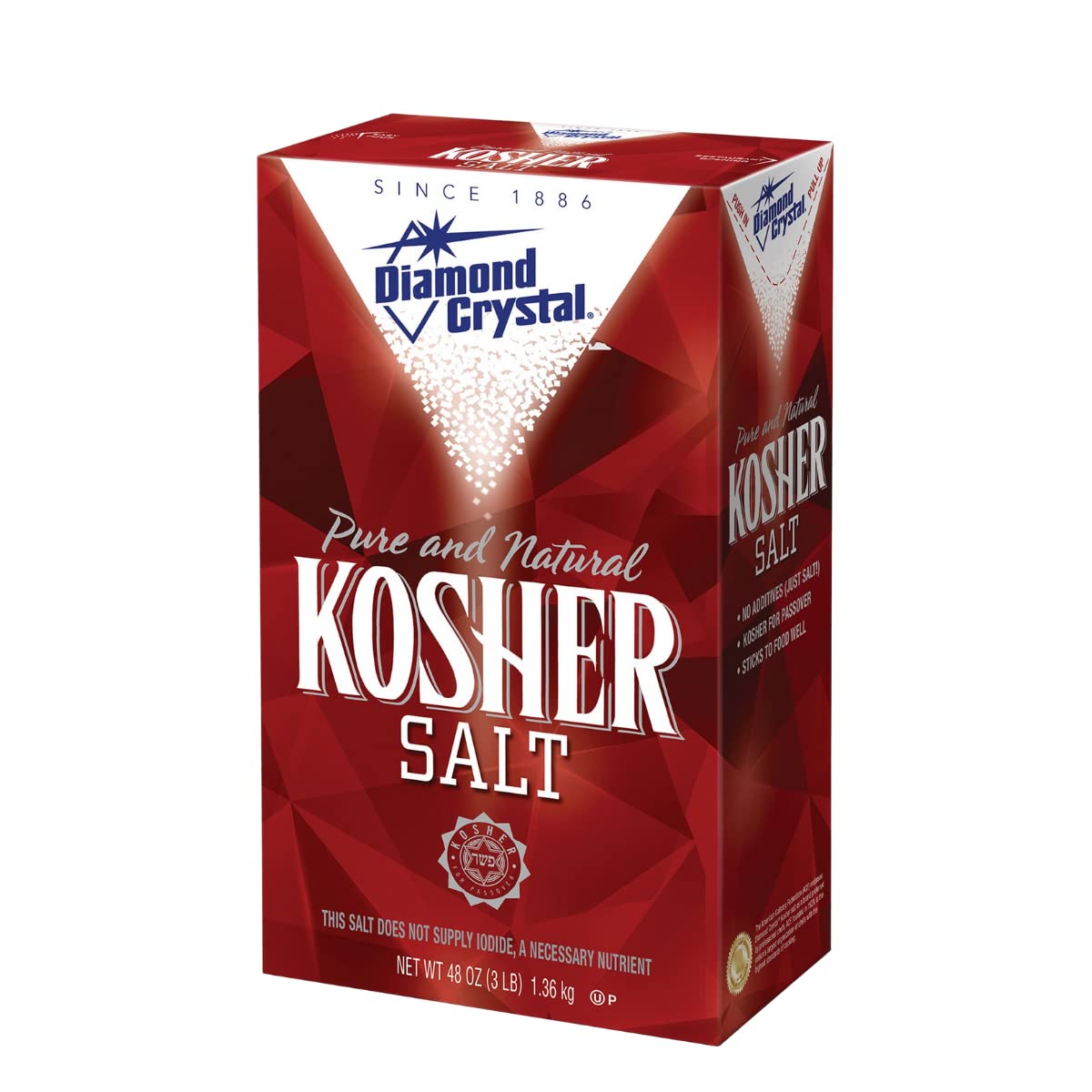 If you’re in a hurry, Kosher salt can be used in place of regular salt. Because it does not contain any additives (like iodine) and does not contain any anti-caking agents, kosher salt is an excellent alternative to the salt used in ice cream makers. The amount of rock salt in the recipe should be replaced with approximately half as much kosher salt. If more is required, add it gradually. 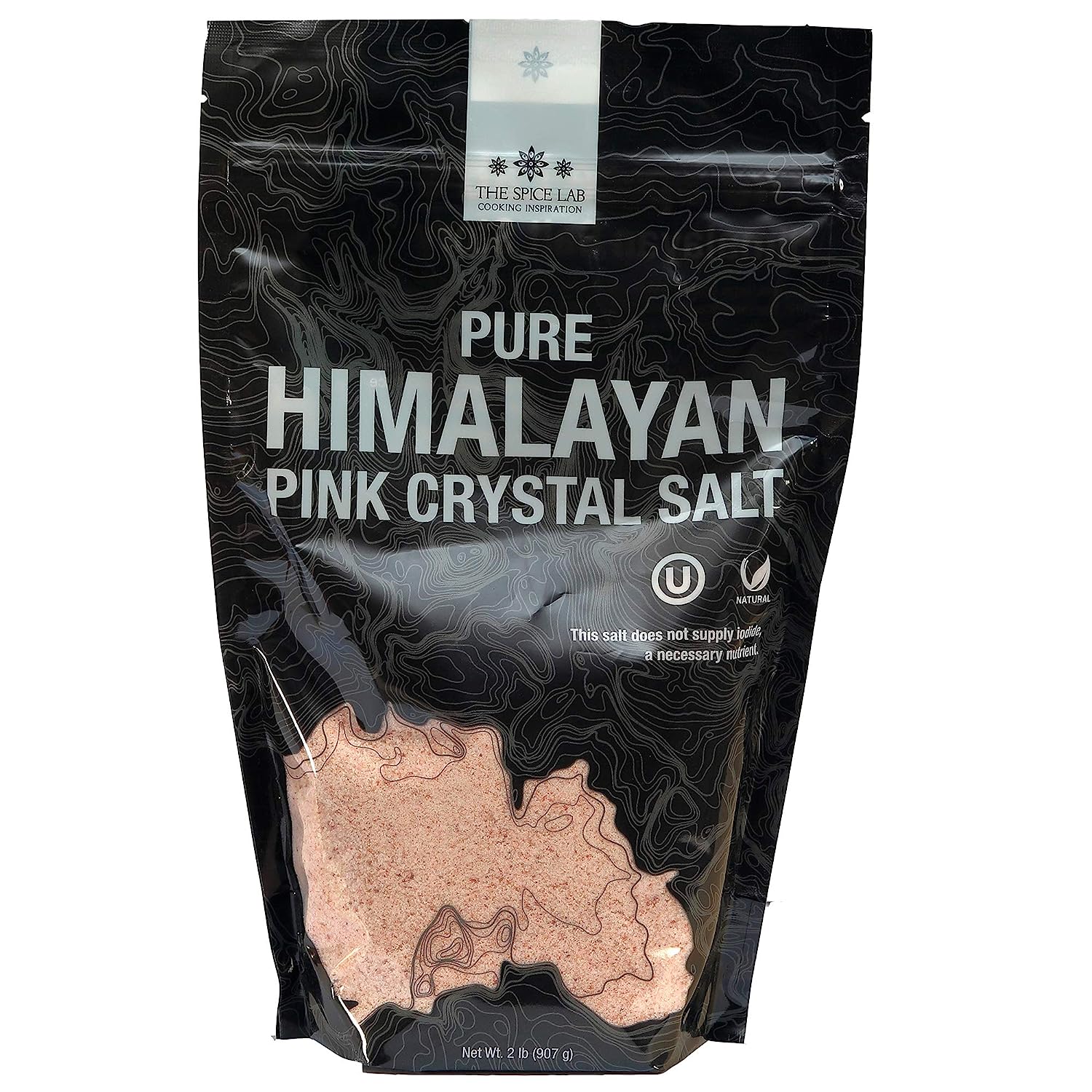 If you’re looking for a delicious ice cream flavoring to enhance your homemade ice cream, consider using Himalayan pink sea salt. This salt is an excellent substitute for regular table salt, but ice cream won’t dissolve as quickly. Plus, it is much cheaper and easier to find than rock salt. Because it contains trace minerals, it’s an excellent option for anyone with a sweet tooth.

Himalayan pink sea salt is a beautiful color similar to kosher or table sodium, and it has no iodine and is suitable for decorating and cooking. The crunchy texture of this salt is similar to kosher salt, but it dissolves more slowly and imparts a more intense flavor. If you’re using Himalayan pink salt in ice cream, you’ll want to use the best quality you can afford.

This salt is available in various grain sizes; the large grain is the most suitable alternative to rock salt when cooking with pink salt. The pink color comes from the presence of mineral content, which can change the flavor of your ice cream, which is why this is my second choice as a substitute for rock salt. You should use the same quantity of pink Himalayan salt as you would rock salt. 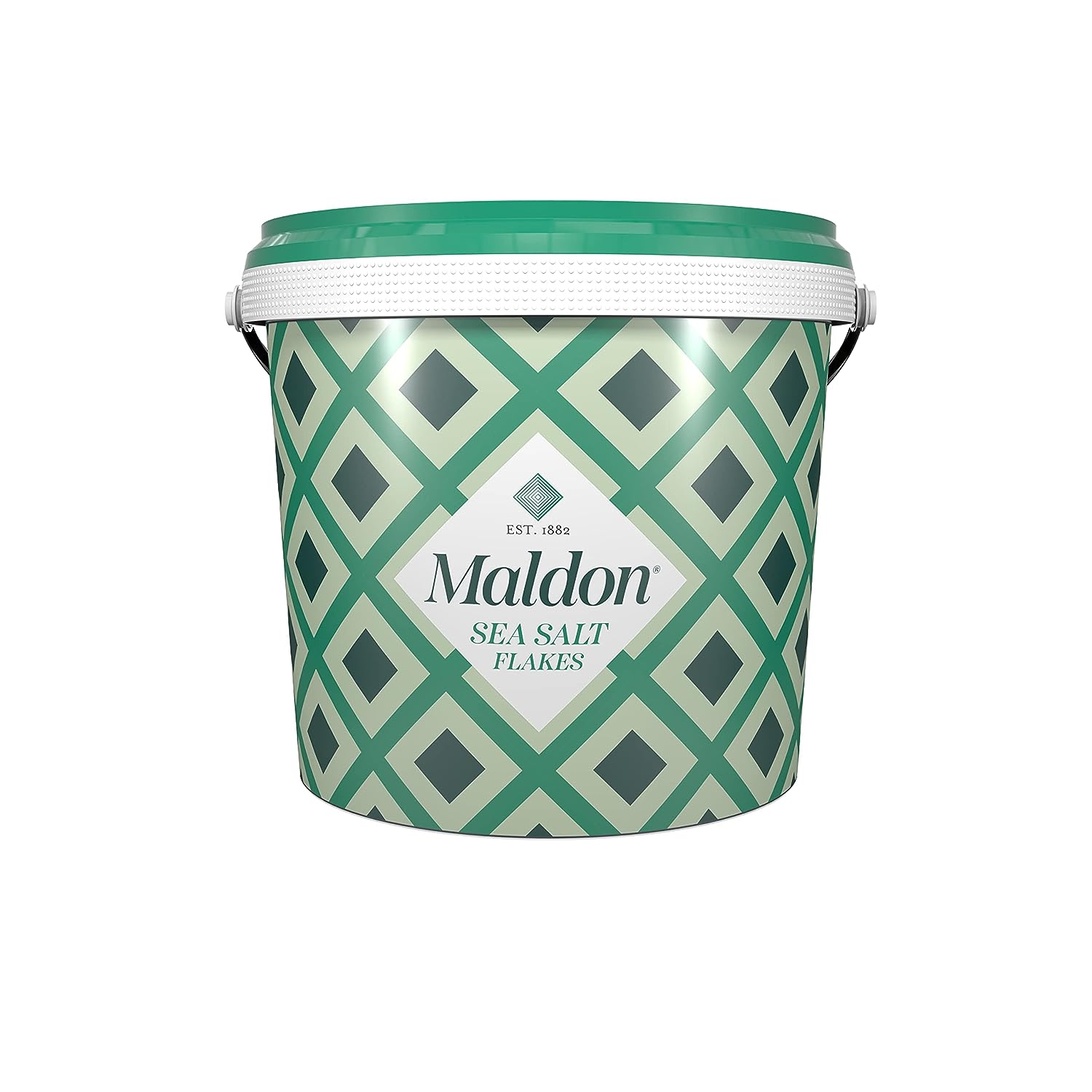 This variety of salt is comparable to kosher salt in terms of its size and flavor; however, due to its significantly higher price, it is ranked lower on my list. Maldon salt is traditionally used as a finishing salt, but if you don’t have any other options, it can be used as a substitute for rock salt. When substituting Maldon salt for ice cream salt, use only one-half as much of the former.

Rock salt is the most common ingredient in ice cream recipes, but the table and rock salt are suitable substitutes. Both contain the same amount of sodium chloride, but rock salt is typically more expensive and more complicated than table salt. Rock salt also releases the most chloride into the environment. Table salt is an excellent substitute for ice cream salt since it is a more refined, whiter substance that will not interfere with ice cream flavor or texture.

While table salt works well as a substitute for ice cream, rock salt is more expensive and is harder to dissolve in colder water. It also helps control the temperature more efficiently, as more prominent granules will make it easier to regulate the freezing temperature. In addition, rock salt is found in abundance worldwide, and these deposits are found near the bottom of inland marginal seas and enclosed bays. 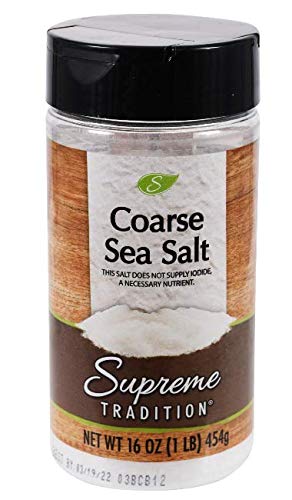 Try the coarse sea if you’re looking for a salt alternative to kosher salt. This salt has a slightly different taste than table salt, and it has larger crystals that can take longer to dissolve in a recipe. Generally speaking, you can use up to one-fourth teaspoon of coarse sea salt in place of one tablespoon of Kosher salt. If you use coarse sea salt in place of kosher salt, you may need to adjust the amount you use, but it won’t taste terribly different.

You may think that coarse sea salt would not taste very good in ice cream. But it actually adds a beautiful flavor, and it’s the perfect finishing touch for ice cream! Unlike other types of salt, coarse sea salt doesn’t require refrigeration, and it’s also a natural product, which means that a small amount should last a long time. This salt should also be cheaper than table salt. 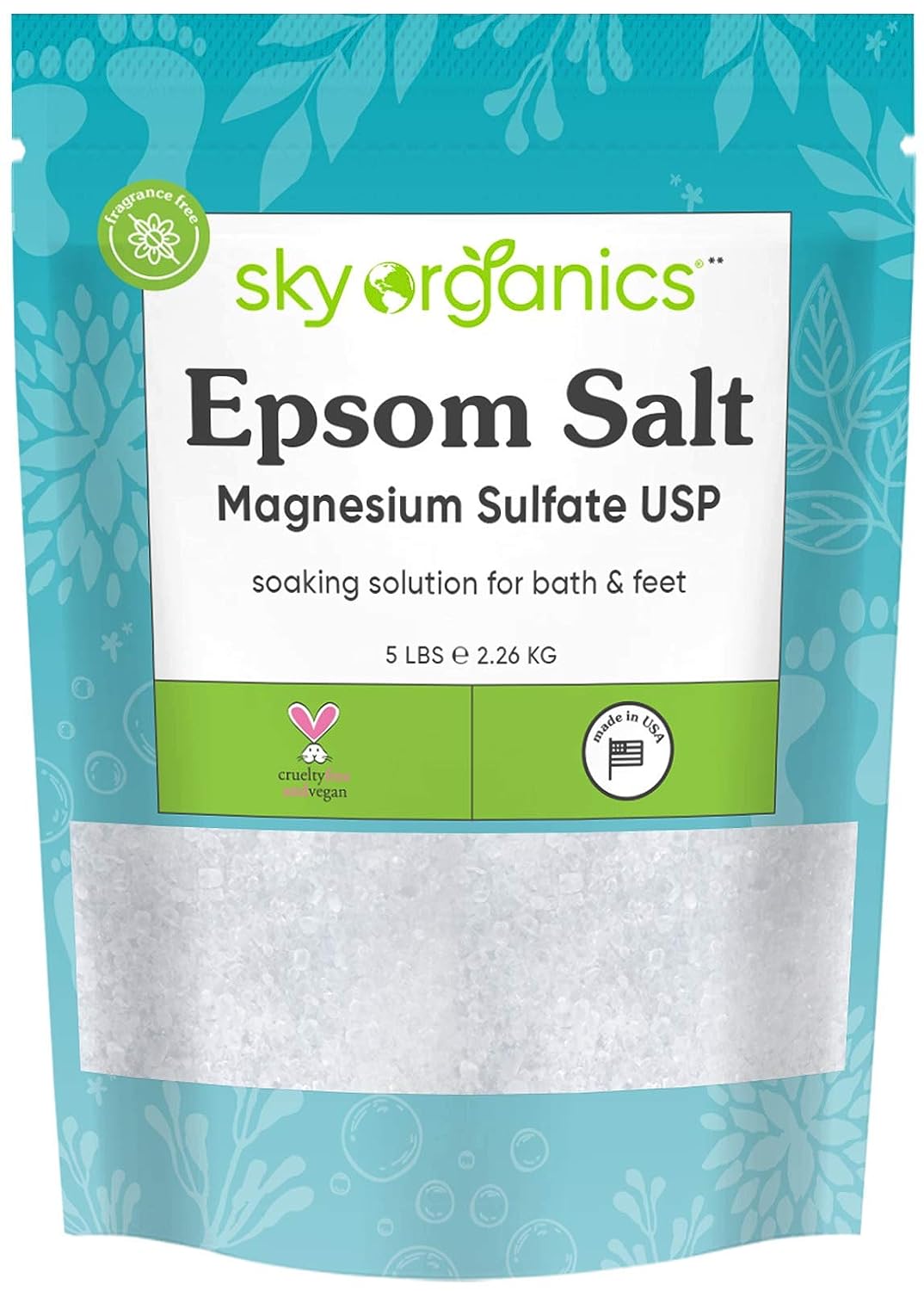 If you’ve ever wondered if Epsom salt is a good alternative for ice cream salt, you’re not alone. Epsom salt is healthy, but it’s also beneficial for your body. Aside from its health benefits, it is also widely used as a scrub. Its bitter flavor changes the natural flavor of food, but overall, it’s a great ice cream salt substitute.

In addition to its many uses in ice cream, Epsom salt has several medicinal benefits. It is often used to treat skin problems and relieve muscle aches, and it is also used in the garden to help seeds germinate. Although it is not a salt, it’s not useless, either. In fact, it is often preferred in ice cream recipes because it tastes delicious and has an indefinite shelf life.

Rock Salt is an Essential Component of Ice Cream

Although it may not be the first thing you think of, rock salt is a vital component of ice cream. This salt, which comes from an underground deposit, has high sodium content and is white in color. It is used for various purposes, including melting ice and cooling liquids. You can find it at hardware stores, grocery stores, and even online. You don’t have to worry about getting impurities, either.

Ice cream recipes call for rock salt as it has a higher freezing point than regular table sodium, and it also slows the freezing process and helps the ice cream remain smoother. Rock salt also improves the taste of ice cream, as its tiny crystals impart a crunchy texture and enhance flavor. A pinch of rock salt is enough to make delicious ice cream. And if you have the time, you can make your own rock salt ice cream at home in a matter of minutes!

Rock salt is a large coarse salt, which means that a suitable substitute will have the same characteristics as rock salt. As the size of your salt grain decreases, you will use less of the substitute than you would use regular rock salt. If you are in a pinch, any other options on the list will do, but your best bet is to substitute something kosher. 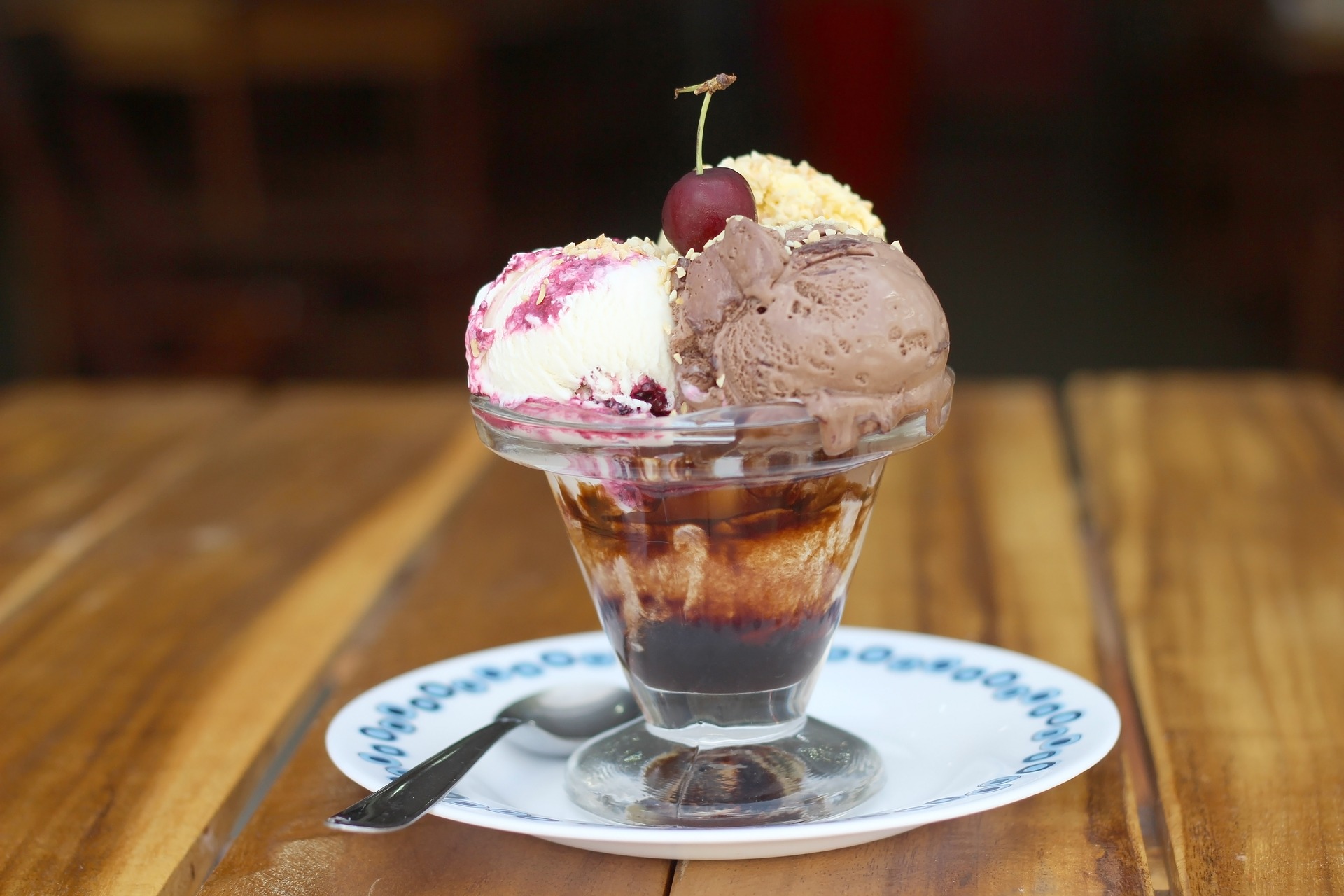 Is it Possible to Substitute Regular Salt for Rock Salt When Making Ice Cream?

Making your own ice cream in the summertime can be a delightful hobby. Even though the steps required to make it change, the end result is always the same. The most challenging part of the process is freezing the cream. The ice cream will develop a crunchier texture if you quickly freeze it, and if you allow it to freeze at too low of a temperature for too long, you will have a sticky mess. Contrary to popular belief, rock salt is an essential ingredient in ice cream because it helps firm up the dessert’s texture.

The fact that rock salt is available at a lower cost than table salt is another benefit of using this type of salt. A significant amount of salt is essential for the production of ice cream. The typical unit of measurement for the acquisition of rock salt is the pound, whereas table salt is rarely sold in large quantities.

While the salt in the bath helps the ice in the tub melt, the melting ice absorbs heat from the ice cream mixture. As opposed to table salt grains, rock salt granules can disperse more evenly in an ice bath due to their larger size.

Because the texture of frozen desserts can be unappealing, an ice bath is preferable to using a freezer to chill them before serving. Even if you make ice cream with low-fat milk, which has a higher percentage of water than full-fat milk, you still have a greater chance of running into these problems. Keeping tight control over the freezing process helps ensure that the consistency will be consistent throughout.

Do Ice Cream Makers Require Rock Salt in its Ingredients?

A home ice cream maker is a scaled-down version of an industrial ice cream maker that can produce individual portions of frozen dessert. Either a hand crank or an electric motor can be utilized in the manufacturing of ice cream. It is common practice to cool the following preparation in a machine or with the aid of a device that creates a frozen mixture before proceeding.

Ice and rock salt are typically required ingredients in recipes for hand-cranked and bagged ice cream varieties. When the temperature is forecast to drop below freezing, people who live in more northern parts of the country have the practice of sprinkling salt on roads that are still wet. Water freezes at a lower temperature and in wintry conditions when salt is added; as a result, water does not freeze as quickly as without salt.

During the preparation of the ice cream, lower temperatures are utilized. Because there are other components besides water in ice cream, the temperature at which it freezes must be lower than 32 degrees Fahrenheit. To make matters worse for you, crank ice cream machines force you to make frequent additions of salt and ice, allowing you to watch the ice melt in real-time.

Several electric ice cream makers, such as those made by Cuisinart and DeLonghi, promise to make ice cream an easier one. These manufacturers provide a simple design that does not call for the use of rock salt or ice and does not require any manual churning. Because the bowl needs to be refrozen between each set, it is only possible to freeze one batch at a time. To ensure that it is entirely frozen, you will need to leave it in the freezer for a more extended period.

Is it Possible to Make Ice Cream Without Using Salt?

No, it is not possible to make homemade ice cream with regular ice alone and no salt. To bring the ice temperature down low enough for the ice cream to freeze, you will need to add some salt. If there isn’t any salt in the recipe, the ice cream won’t harden.

Since Salt is the source of the solution. In a manner analogous to that of sugar, salt affects how water freezes and effectively lowers the point at which water either freezes or melts. We can cool the base of our ice cream sufficiently so that it begins to thicken and freeze before the ice melts entirely if we make a saltwater slush and pack it around our ice cream base.

You can replace ice cream salt with kosher salt or salt with the same consistency as kosher salt. If you want the best results, look for relatively large grain sizes. If necessary, table salt can be substituted for rock salt in a mix, but it does not have the same grainy consistency as rock salt.