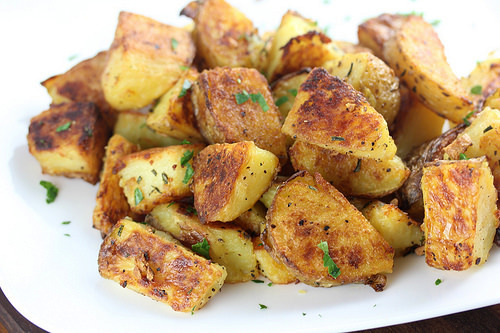 Preparing roast potatoes do require a little bit of work but it is well worth it. These potatoes come out of the oven crispy and have amazing flavor. The potatoes are first boiled in a pot and then placed onto a baking sheet and baked in the oven until crispy. The potatoes are then tossed with a cooked garlic and rosemary mixture and fresh parsley. These potatoes make a great side dish to include in all kinds of meals. Enjoy. 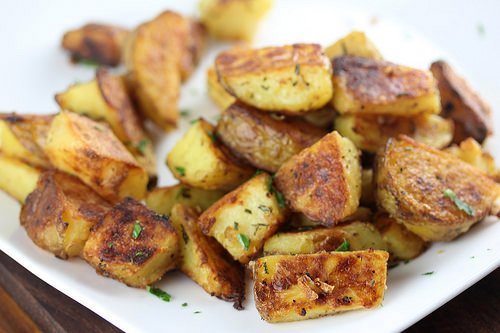 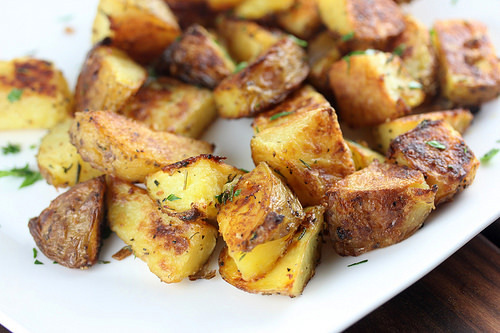