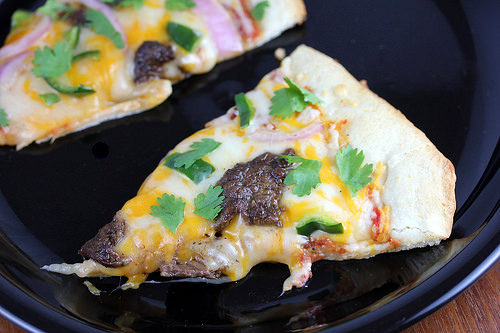 The ingredients of a fajita go perfect on top of a pizza crust. This recipe was originally for a grilled steak fajita pizza but I decided to make it on the oven instead. This pizza is topped with a spicy tomato sauce, Mexican cheese blend, seasoned steak, red onion, poblano peppers and cilantro. The spicy tomato sauce is a simple combination of diced tomatoes, oregano, salt, pepper, and chili powder. You can cook the steak according to the method of your choice. You could leave the steak whole, season it, grill it and then slice it. What I did was first sliced the steak into thin strips, then seasoned it and fried it in the pan. You can also sauté the pepper and onions in a little olive oil if you would prefer instead of putting them on the pizza raw. Enjoy. 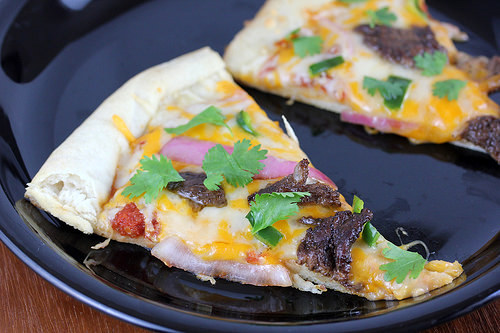