Prosciutto is a form of dry-cured ham that is usually thinly sliced and intended to be eaten raw. Its taste varies depending on the quantity of salt and the type of herbs used during the curing process. Rubbing salt and other spices on the outside of the ham usually helps to draw out moisture from the ham and concentrates the flavor while it slowly air-dries. The taste also depends on the amount of time it was allowed to cure (usually around one year or more).

But generally, prosciutto tends to have a rich and slightly sweet taste. Prosciutto is usually used in making pasta, salads, or as a wrap. Before cooking with prosciutto, you should know that it is very salty and has a very strong flavor, including prosciutto in dishes that can handle its flavor. If you are making a recipe that calls for prosciutto and doesn’t have access to it, this article will provide you with a substitute for prosciutto that will give your dish a flavor similar to the original. 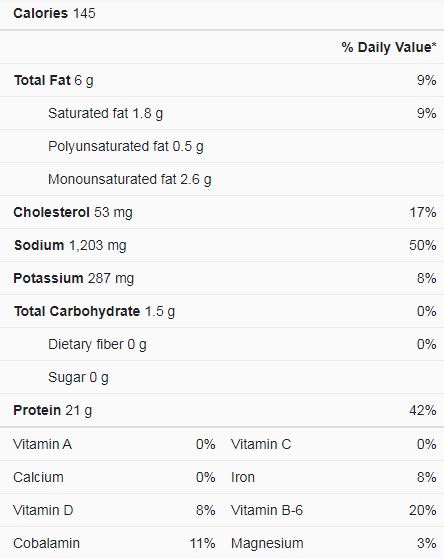 When picking out a substitute for prosciutto, you should make sure that it is equally strong-flavored and thinly sliced as prosciutto. The substitutes in this article are sure to give your dish the closest similarity in both taste and texture to the original recipe.

When it comes to taste, the best substitute for prosciutto is ham since it is dry-cured ham. However, various types of ham in the market, each with its unique taste, that you can use as an alternative to prosciutto when cooking. They are: 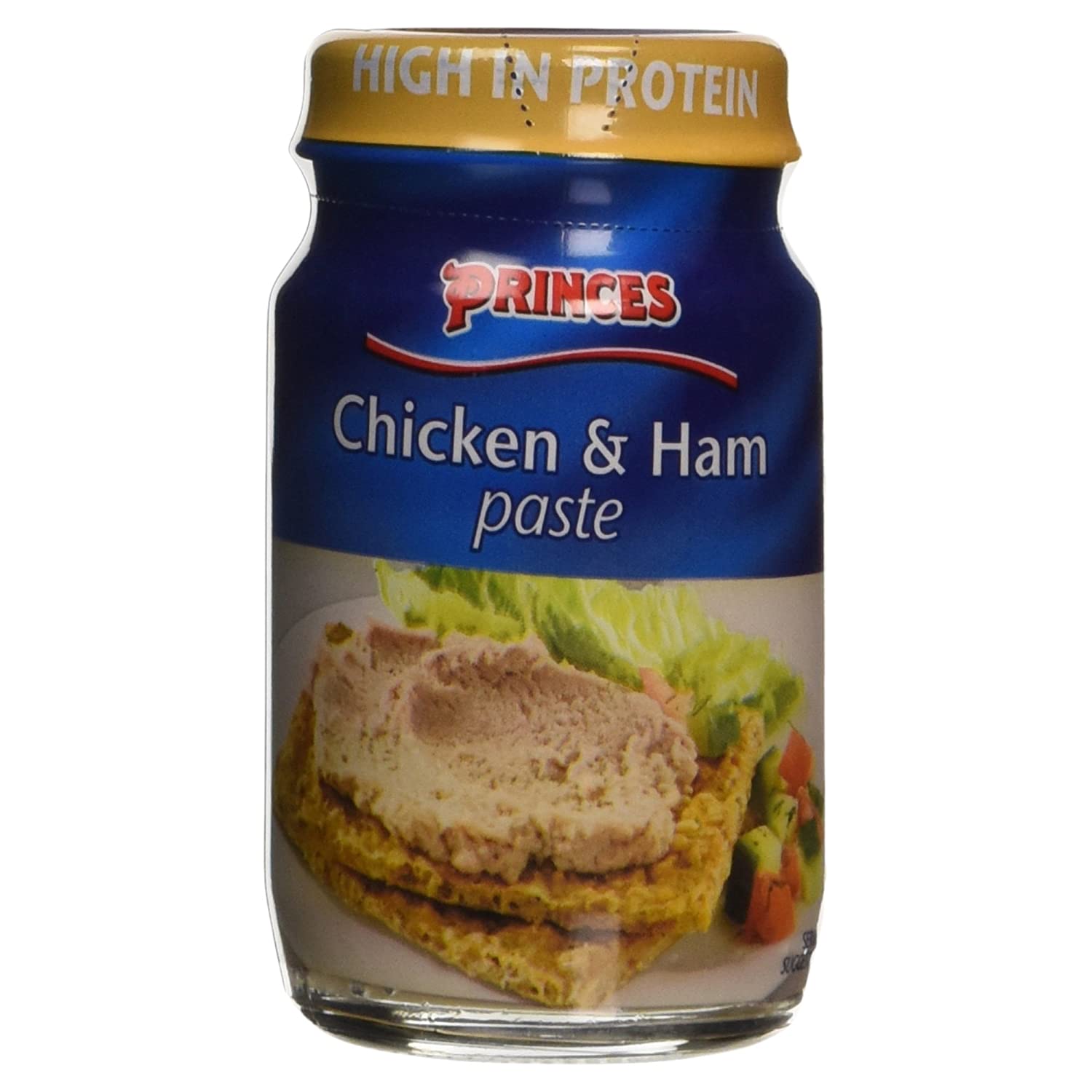 Sandwich ham is the type of ham you see at the deli counter in supermarkets. It is usually wet-cured, meaning it is injected with brine to accelerate the curing process over the dry-cure of a regular ham. They can also be made by immersing ham in a salt brine solution. Sandwich hams can contain bone or be boneless and are often packaged with water added. It is more moist and tender than regular ham and has a milder flavor, and is the cheapest variety of ham.

Sandwich ham tastes very similar to prosciutto. However, it does not taste as salty as prosciutto, but this can easily be solved by adding more salt. This ham is the best alternative for prosciutto in salads, pasta, or even when you want to wrap the vegetable. When substituting sandwich ham for prosciutto, you should use it in equal proportions. 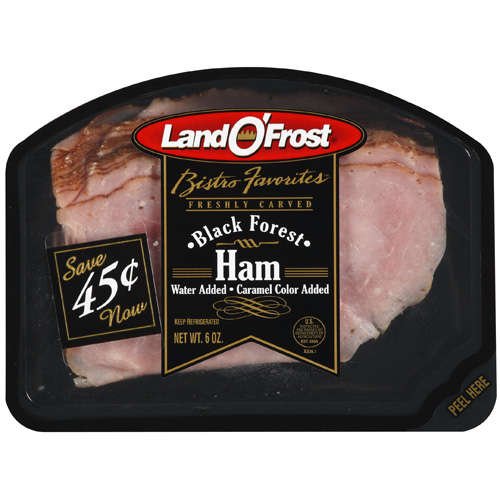 Smoked ham or Black forest ham is around, boneless and dry-cured ham soaked in caramel to encourage a dark surface. It is then cooked with heavy smoke from pine or fir branches. It is the ideal ham substitute for prosciutto and should be used in equal proportions to prosciutto. 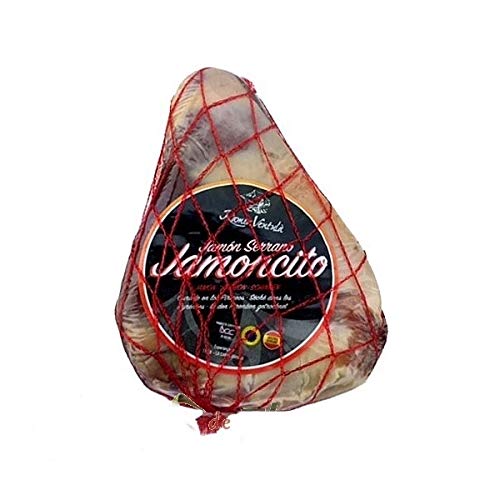 Serrano ham (Jamón Serrano) is Spanish dry-cured ham. To begin the curing process, fresh ham is covered with sea salt, which remains on the ham for about 20 hours to two days per kilo. In a curing area with a high humidity level, the sea salt stabilizes the product at low temperatures. The hams are then rinsed, and the salt slowly diffuses through the meat, gradually equalizing throughout the ham. The meat is then hung in rooms that mimic the change of seasons, from the cold and moist air of winter to the dry heat of summer. As chemical changes occur and the fat melts away, the pork transforms into cured ham.

The Serrano has a very similar taste and appearance to prosciutto, with the only difference being that the serrano ham comes from the landrace breed of white pig. When cooking with serrano ham, you are recommended to use the same quantity as you would prosciutto. 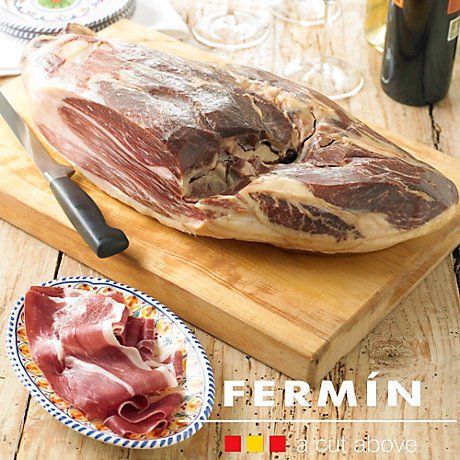 Iberico ham (Jamón Iberico) is processed the same way as serrano ham and prosciutto, but its name is based on the pig it comes from, the black Iberian pigs. Use the same quantity of Iberico ham as you would prosciutto when cooking. 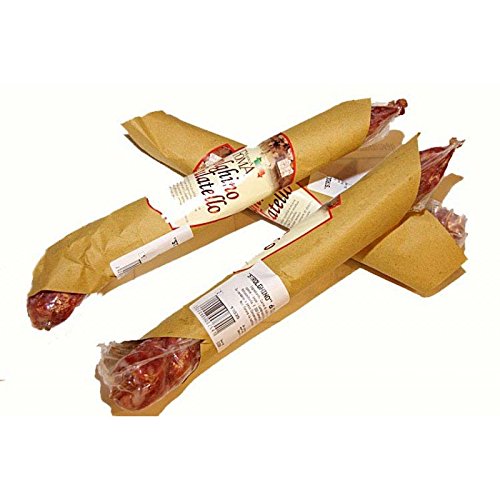 This meat is very similar to prosciutto, but it is made from the loin or fillet of the hind leg. Culatello is cured with salt and aged in a beef or hog’s bladder to provide casing and prevent spoilage and contamination. Culatello is usually served as a starter dish. 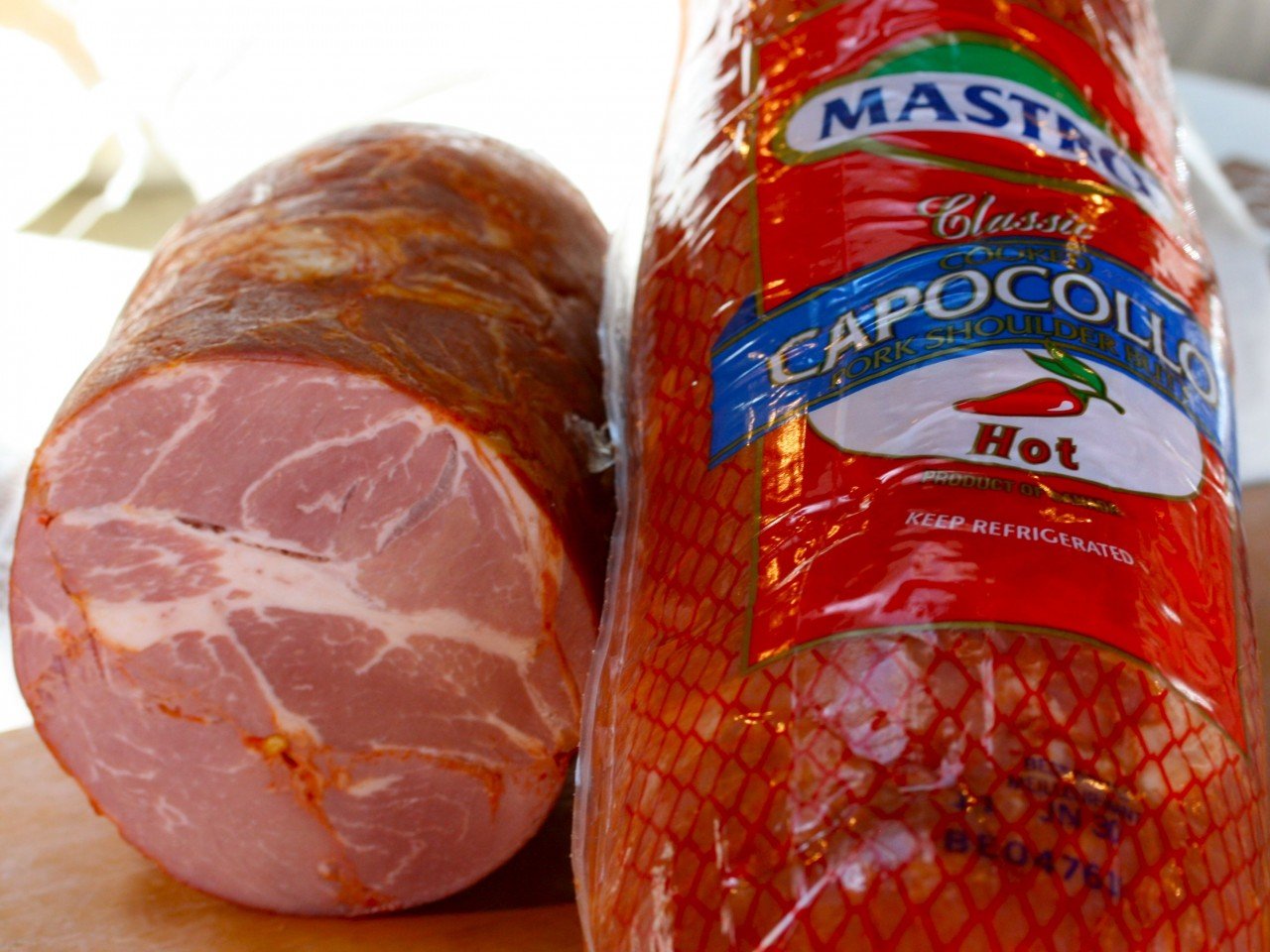 Like prosciutto, Capricola also has its roots in Italy. It is obtained from pork neck, or shoulder spiced, then sealed, cased, and left for six months to cure. Although capicola gets its flavor through the curing process, in some regions of Italy, it is dry-smoked rather than being cured.

You can find this meat in your grocery store deli. Since capicola is cut fresh at the counter, you should ask for paper-thin slices to get it as close to the prosciutto as possible. You should not use sweet cured capicola because it may add a different flavor to your dish. 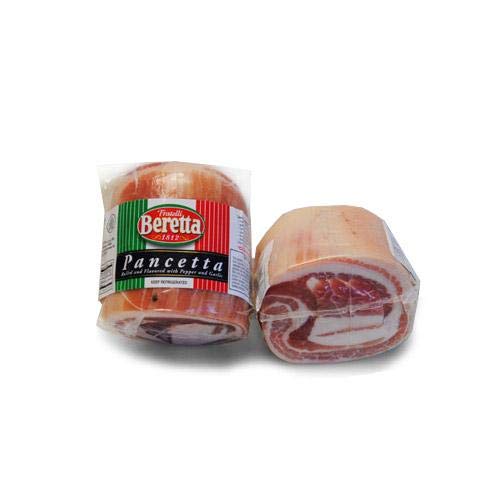 Using pancetta in your dish will provide you with a taste similar to prosciutto. Pancetta is popular for its salty flavor, though you will also notice hints of pepper and other spices. The only difference between the two is that pancetta has to be cooked (even when it is cured) before it can be used as a replacement for prosciutto. If you are using pancetta in a cold dish, I recommend waiting to cool after cooking. This is important because it helps the flavor blend in well with the other ingredients. 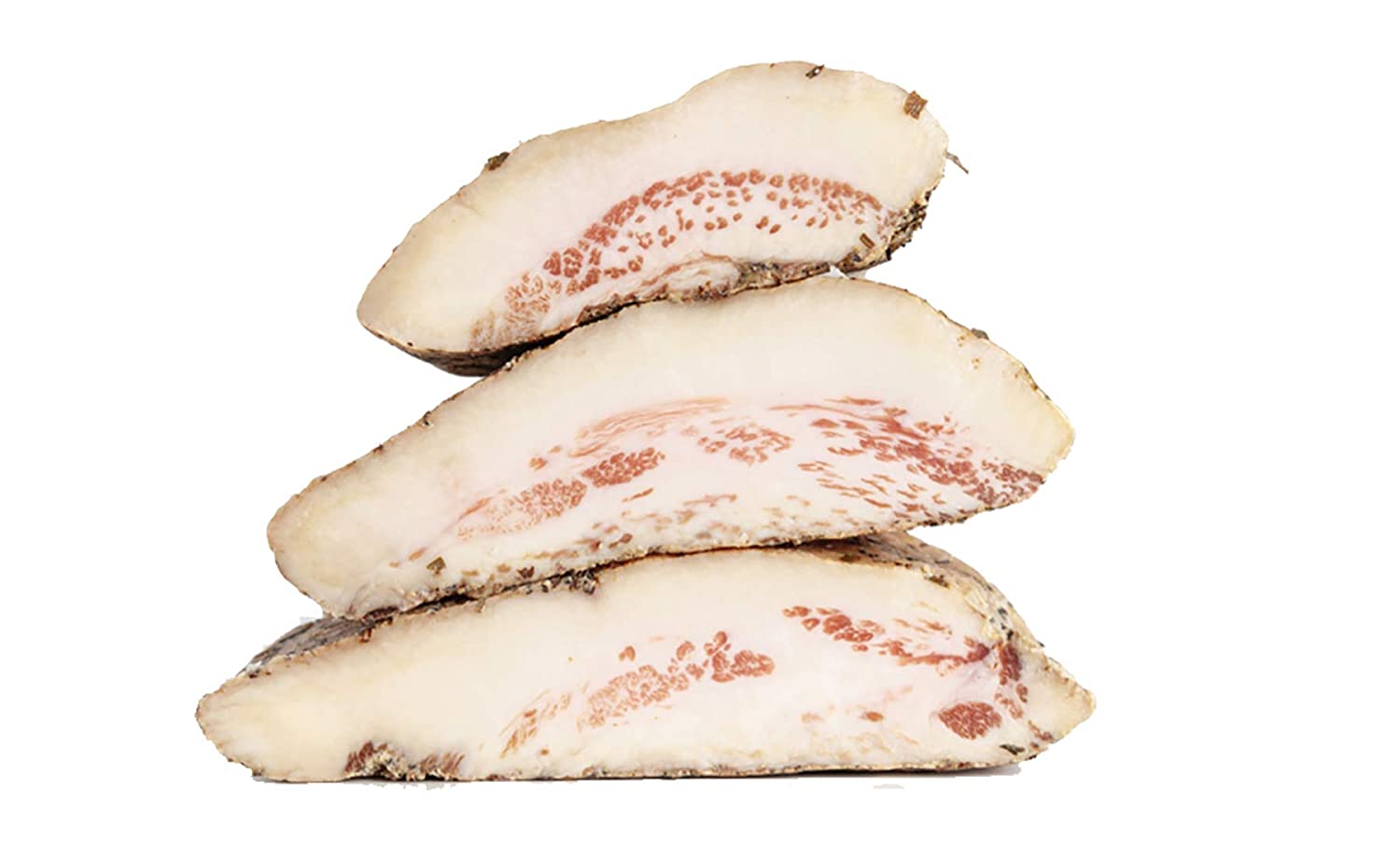 Guanciale is a popular cured pork meat that comes from the jowl or cheek and is similar to prosciutto in both its preparation and curation processes. It is seasoned on the surface with salt, pepper, sage, rosemary, and garlic. The seasoning of the guanciale varies from region to region based on tradition and curing habits. After seasoning, it is dried and aged for at least three months, and this process concentrates the meat’s flavors. It is one of the fattiest cured meats that is included on this list.

Guanciale is a great substitute for prosciutto and can be used in making carbona, amatriciana, pasta, and many others. Like prosciutto, it can also be eaten raw. 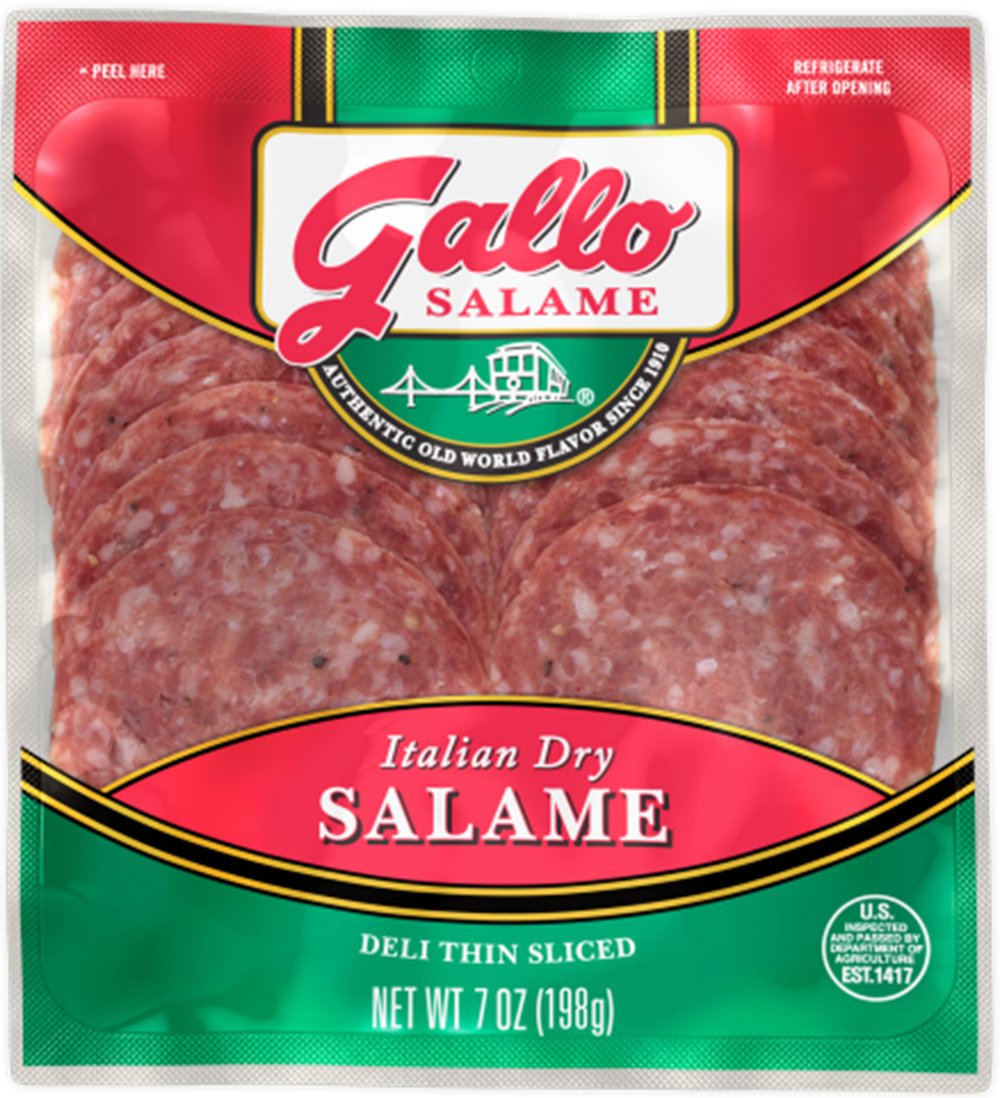 Salami is another cured meat that is similar to prosciutto. Although the two are not often mistaken for one another, their similarities are attributed to their curation process and their flavors. Like most cured meat, salami comes from Italy and is often confused with salumi. Salumi is the act and practice of preserving and salting cured meat, while salami is a cured sausage consisting of fermented and air-dried meat. Cured meats like prosciutto, pancetta, guanciale, capicola, etc., are categorized as salumi, and meats like tartuffi, felino, calabrese are types of salami.

Salami is meat that is ground up and spiced with a range of spices depending on your desired flavor. It is made using the portions of any part of the pig or other red meat. After the salami has been made, it is then sealed in a link with its ends twisted off. Upon serving, the link is chopped up into small rounds. Salami comes in a variety of flavors, such as mild, sweet, and Picante, among others. So when picking out a salami to use in place of prosciutto, you should consider the flavor profile you want for your dish. 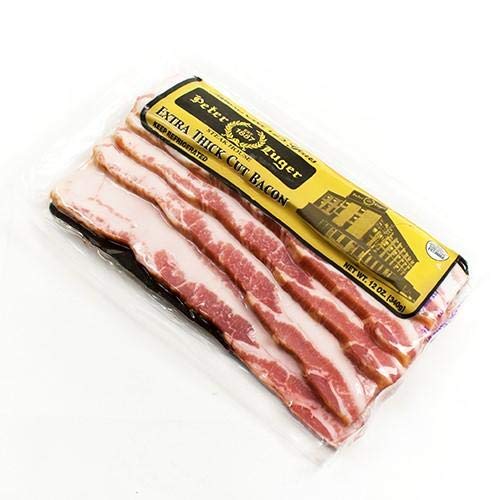 Thinly sliced bacon can be used as a substitute for prosciutto. Like prosciutto, this bacon should be cured and smoked, and still raw. Before using bacon in your recipes, blanch it in boiling water for a few minutes until it becomes translucent. The next step is rinsing and draining the bacon before using it in your recipes. The best thing about bacon is that it comes in varieties like apple and maple. This will allow you to pick the most suitable option for your dish.

What is the difference between prosciutto, bacon, and pancetta?

Can you eat prosciutto raw?

Yes, you can eat prosciutto raw. It is safe to eat this raw meat because the salting and drying process has created a very low moisture environment that prevents bacterial growth.

How do you know if prosciutto has gone bad?

When prosciutto starts developing a green or gray taint, it is a sign that the meat has gone had. Your prosciutto has gone bad if it develops a visible mold or odor and should not be eaten.

The substitutes in the article will only give you a taste similar to prosciutto, and they cannot give the same taste as the original. This is because the curing process and time are different. Also, some of the substitutes listed in this article are made using other parts of pigs, others are made from different breeds of pigs, while some others are made from other animals. However, they’re all safe and healthy for consumption.

That is it on the substitute for prosciutto. I hope the information in this article is helpful in your quest for a suitable prosciutto substitute.