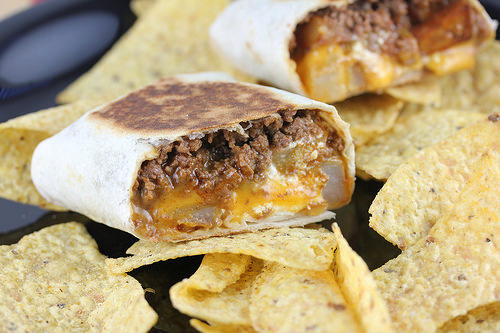 The cheesy potato burrito from Taco Bell is loaded with seasoned ground beef, potatoes, nacho cheese and sour cream. The ground beef is cooked in the pan with taco seasoning. If you want you can make your own copycat Taco Bell Taco Seasoning. The potatoes are sliced into chunks and fried in a bit of oil until crispy on the outside. After the burritos are rolled up they are toasted on both sides in the pan to make them a little crispy. The combination of the nacho cheese and sour cream really helps to add a good amount of flavor to this recipe. If you enjoy the cheesy potato burrito from Taco Bell, give this one a try. Enjoy! 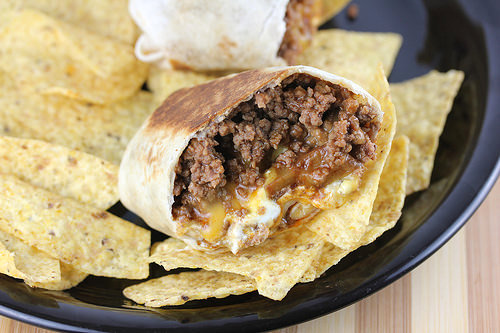