Many people wonder what a truffle tastes like. They’re often described as having a slightly garlicky flavor with a deep musky aroma, similar to shallots. Thanks to the pungent aroma and subtle flavor, any traditional dish can be transformed into a gourmet taste experience. They are costly and can be incredibly delicious. Some people prefer the smell of a fresh truffle, while others prefer a more subtle flavor. Whether you prefer to eat them raw or cooked, the flavor and aroma of truffles will entice you. Find out what a truffle tastes like and where to find them. This article will help you make the best choice. 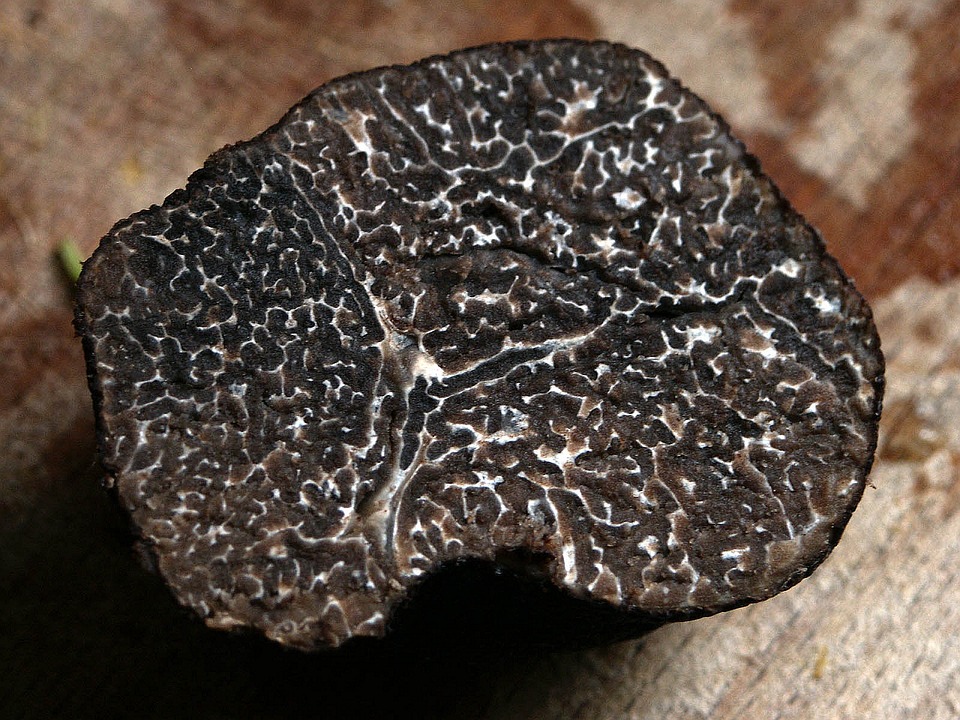 First, you need to understand how they are harvested. Truffles are hard to find in nature as they grow deep underground. The edible part of the truffle is its fruiting body, and it depends on pigs and other animals to disperse its spores. If you want to eat a real truffle, make sure it’s fresh. If you’re not sure how to prepare one, you can always buy it as a supplement.

Tuber fungus species produce truffles, a group of fragrant fungus species. Only about 9 or 10 of the 86 accepted Tuber species are eaten as a delicacy.

Truffles grow underground in broadleaved woodlands on calcareous soils like those found all over Europe and Asia. They have a lumpy, rough-skinned appearance, a firm, spongy texture, and a sweet earthy aroma. Wild mushrooms are the closest analog for this group of subterranean spore species. On the other hand, Truffles develop completely submerged in nutrient-rich soil, giving them a rich and distinct flavor that no other above-ground mushroom can match.

In a nutshell, truffles are fancy, edible subterranean mushrooms. While you can’t eat every mushroom you dig up from the ground, all truffle species are edible and have similar flavor profiles when eaten.

Some say truffles taste like they smell: oaky, nutty, earthy, sweet, and juicy with bitter, savory notes reminiscent of black olives. Even the most potent black truffles will not overpower other ingredients on the palate, so the aroma of fresh truffle spores is often more robust than the flavor.
Even truffles of the same species grown in different parts of the world can have distinct flavors. While it is commonly assumed that “the darker the truffle, the stronger the flavor,” anyone who has tried truffles more than once will tell you that, like fine wine or cheese, these fragrant and delicious subterranean spores are both complex and varied. The more you try them, the better you will be able to comprehend their nearly indescribable flavor.

What are the Varieties of Truffle?

Color, season and outward appearance are used to classify truffles. Despite this, listing them in a few short lines is difficult. However, I can tell you about the two most commonly used truffle varieties globally.

As the name suggests, this type of truffle has a grayish-black or rough brownish-black skin, and spidery white veins run through the brown or black flesh on the inside.

Italy, Spain, and France are the most common places to find black truffles. They are harvested near oaks, chestnut, hazelnut, elm, and poplar trees. The average weight of a truffle is between 50 and 90 grams.

Despite their high price, black truffles are regarded as the most affordable truffles by truffle connoisseurs.

White truffles are not as pure white as you might think from the outside. They’re yellowish or greyish in color, and they resemble potatoes that have recently been dug up from the ground.

What is the Difference Between Black and White Truffles Aside from Colour?

White truffles, also known as Alba truffles, are among the most common truffle varieties, but they are also more expensive than black truffles.

What makes them more expensive than black truffles if they’re more common? On the other hand, White truffles have a mild garlicky flavor similar to shallots. It is prized for its solid musky aroma, which can transform any ordinary meal into a delectable gourmet dish.

In France, on the other hand, black truffles are a specialty. They are usually found in the roots of oak and hazelnut trees underground, and they are less expensive than white truffles and are sold in jars more frequently.

Black truffles have a flavor profile that includes earthy, chocolaty, and nutty notes. They have a mushroom and woody flavor to them as well. That’s incredible!

Truffles have a complex flavor profile that varies from one species (and variety) to another, much like fine wine.

What is the Flavour of Truffle Oil?

People frequently inquire about the flavor of black and white truffle oil before deciding whether it is worthwhile to purchase the oil. The flavor of truffle oil is identical to that of a cooked truffle. However, some people are concerned about it, claiming that companies are not producing truffle oil from natural underground fungi.

They claim that companies use a combination of olive oil and additives to give the oil a truffle-like flavor and aroma. As a result, if you want to get natural truffle oil, you should only buy it from reputable brands.

The truffle is classified as a type of mushroom because of its spore-bearing body. There are, however, some significant differences between these two groups. On the other hand, Truffles grow underground, whereas mushrooms grow above ground. Furthermore, edible truffles do not taste like any other mushroom, even though they both have an earthy flavor.

Truffles are known for their earthy flavor and intense fragrance. The rich taste of truffles can enhance the flavors of many dishes. They are considered luxury food, which is why they can be expensive. However, the flavor is so delicious that the price is well worth the purchase. If you can afford it, try a truffle – it’s worth the investment. Just be aware that commercially-produced truffle oil and salt contain no real, natural truffles. The ingredients that make up commercially-produced oils and salts are typically made with olive oil and artificial flavoring.

You might have heard about truffles, but not many people know what they taste. In fact, they’re a rare delicacy found in the dark woods of Italy and France. They’re available for $150 to 200 an ounce, depending on where you live, and are not just delicious; So, what does a truffle taste like? It’s actually hard to say.

Where can you find Truffles?

Truffles can be found in many countries, including France, Italy, and Spain. Like the rest of the United States, Oregon has a thriving truffle industry.

Truffle farms provide most of the world’s black and white truffles by burying the truffles underground and inoculating the surrounding soil with spores.

During certain seasons, you can harvest truffles on these farms. However, the length of time it takes to harvest them depends on where they are grown and the type of fungus – it can take anywhere from 3 to 7 years!

Truffles can also mature independently, but it takes a lot longer – about ten years. 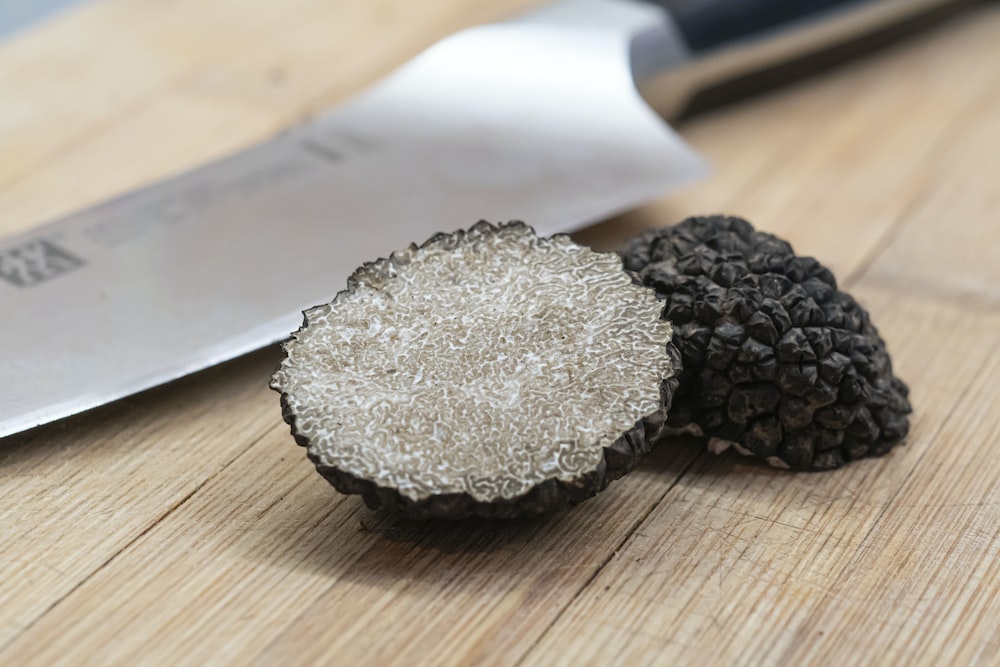 How to Use Truffle?

If you’re curious about the flavor of truffles, you can try them over pasta. The best choice is parpadelle, which should be al dente. Toss the hot pasta with butter or the cooking water and dress it with generous truffle oil. Afterward, shave a piece of truffle and serve. There is no way to describe the taste of a truffle! You should not hesitate to try it.

Fortunately, there are many recipes for truffles, and the flavor is very distinct. While they may be expensing, they can also be delicious if cooked properly. The most popular way to serve truffles is in the form of infused oil or salt. Once they’re cooked, they can be used as a garnish on top of pasta. If you want to try them raw, they’re best served over pappardelle, the best variety for this kind of pasta.

Truffles can be bought at a specialty store or ordered at a restaurant. It’s best to buy them during the harvesting season as they don’t last very long after they’ve been harvested. If you’d like to cook truffles, use white truffle oil and not artificially flavored oil. When preparing truffles, it’s important to remember that they have a high price tag.

To determine what a truffle tastes like, you need to know that truffles are fungi that grow in trees. They’re underground and are often mistaken for mushrooms, so they’re often mistaken for them. They’re often confused with mushrooms, so they’re so expensive. If you’re unfamiliar with truffles, it’s essential to check their nutritional content. A black chocolate truffle, for example, has a higher fat content than a white truffle.