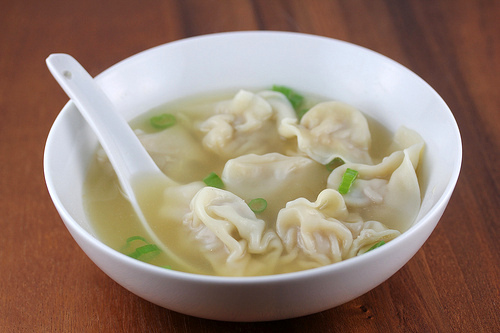 One of my favorite soups to get at Chinese restaurants is Wonton soup. Wonton soup consists of wontons that are filled with a pork mixture and then cooked in either chicken broth of water. This recipe cooks the wontons in water because the dish can be served as leftovers. If the soup is allowed to sit the wontons will make the soup cloudy, thick and starchy. If you intend to serve the soup immediately, the wontons can be cooked right in the broth. The broth really only consists of chicken stock and sesame oil. You can add additional ingredients to the broth for a little more flavor such as soy sauce. Soy sauce will also give the broth a darker color, if that is what you prefer. Wonton soup is great to serve for lunch or with any Chinese dinner. Enjoy. 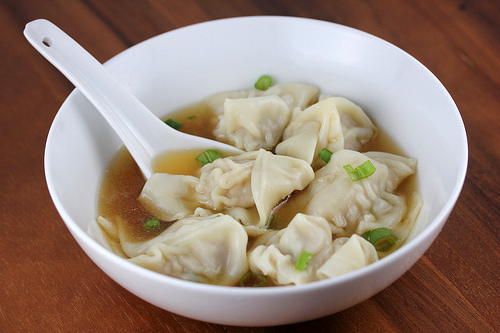