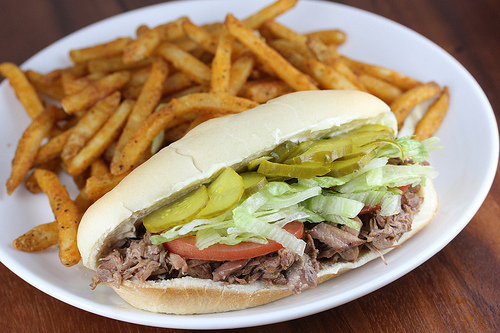 The Po’ Boy is a sandwich that originated in the southern United States. If you are unfamiliar with the Po’ Boy—it is basically a sandwich topped with beef and gravy, as well as lettuce, pickle and tomato. This recipe is for a beef Po’ boy but commonly they can also consist of fried shrimp or fried oysters. Typically this sandwich would use French bread but I decided to use a smaller sub sandwich bread instead. What is great about this recipe is that it can either be prepared on the stove-top or in the slow-cooker. I like to make this in the slow cooker because it can sit and cook all day and will be ready to eat when I get home. The process to preparing these sandwiches involves the seasoning of the meat and then frying it on the stove top. A Few ingredients such as beef broth, chicken broth, and wine are added to the meat and then it is simmered until tender. The only other work that is involved is preparing the condiments such as chopping the lettuce and slicing the tomatoes. Enjoy. 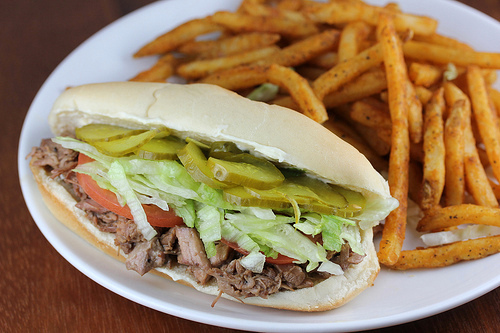 This looks really good; I should go and fire up the slow cooker tomorrow morning!