Cayenne is a spice made from moderately hot chili pepper known for its bright red color and smoky flavor. It’s great in stews and soups, sprinkled on this delicious spinach quiche recipe, or mixed into hummus or salads. You can also use it as a garnish on a steaming mug of hot chocolate if you’re feeling daring.

It’s no surprise that you’re always out of cayenne peppers, given how versatile they are. But, before you abandon your recipe for the evening, keep in mind that there are a few cayenne pepper substitute options!

To help you become more familiar with this ingredient, we will explain what it is, what We can use as substitutes in its place and some recipes that taste better when seasoned with this wonderful spice!

What Exactly is Cayenne Pepper?

Like bell peppers and jalapeos, the cayenne pepper is a Capsicum annuum pepper species member. It is generally considered moderately spicy, with Scoville Heat Units (SHU) ranging from 30,000 to 50,000. In terms of heat, cayenne ranks above serrano and below chile de Arbol on the Scoville Scale.

Cayenne peppers have a slim appearance and range in length from 10 to 25 centimeters. Its bright red color, rippled skin, and a slim, curved tip makes it easy to distinguish from other peppers. These peppers are dried and ground to powdered form as a flavor enhancer, generally easier to use than fresh peppers. Cayenne peppers are used in various cuisines, including Mexican and Asian cuisines, and can be added to spicy dishes whole, sliced into small pieces, or powdered.

Have you run out of cayenne pepper just as you’re about to add a dash to this grilled cajun chicken? There’s no need to be alarmed. Here are the ten best cayenne substitute options you can use so you don’t have to go spice-free for dishes that require it! 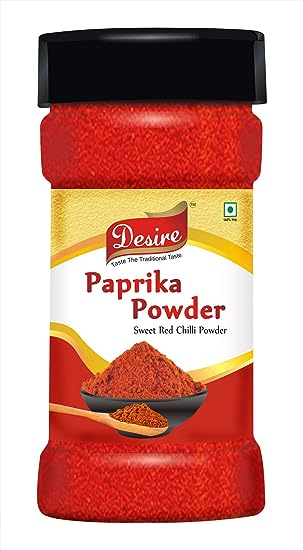 Are you looking for a cayenne pepper substitute? Your best bet is paprika, made from various mild red peppers, including cayenne pepper. It does, however, have three distinct types that are completely distinct from one another. Hot paprika has a higher heat level than sweet and smoked paprika and is similar to cayenne pepper. Furthermore, in terms of color and texture, they are very similar.

Furthermore, paprika is not as spicy, and it only has a SHU range of 250 to 1,000 because it isn’t as spicy as cayenne; double the amount of this ingredient if you use it in place of cayenne.

If you don’t have it, smoked paprika will suffice. It is dried by smoking peppers (you guessed it). Because the peppers are dried by smoking, this substitute will impart a smoky, spicy flavor and aroma to your dish. It is, however, less potent than hot paprika, and as a result, it is less effective as a substitute than the latter. This alternative works because smoked paprika and cayenne pepper have a smoky flavor. If you’re going to use it as a substitute, treat it like hot paprika. Use this in spicy dishes with a smoky flavor, such as tandoori chicken, kebab, and other barbecue dishes. 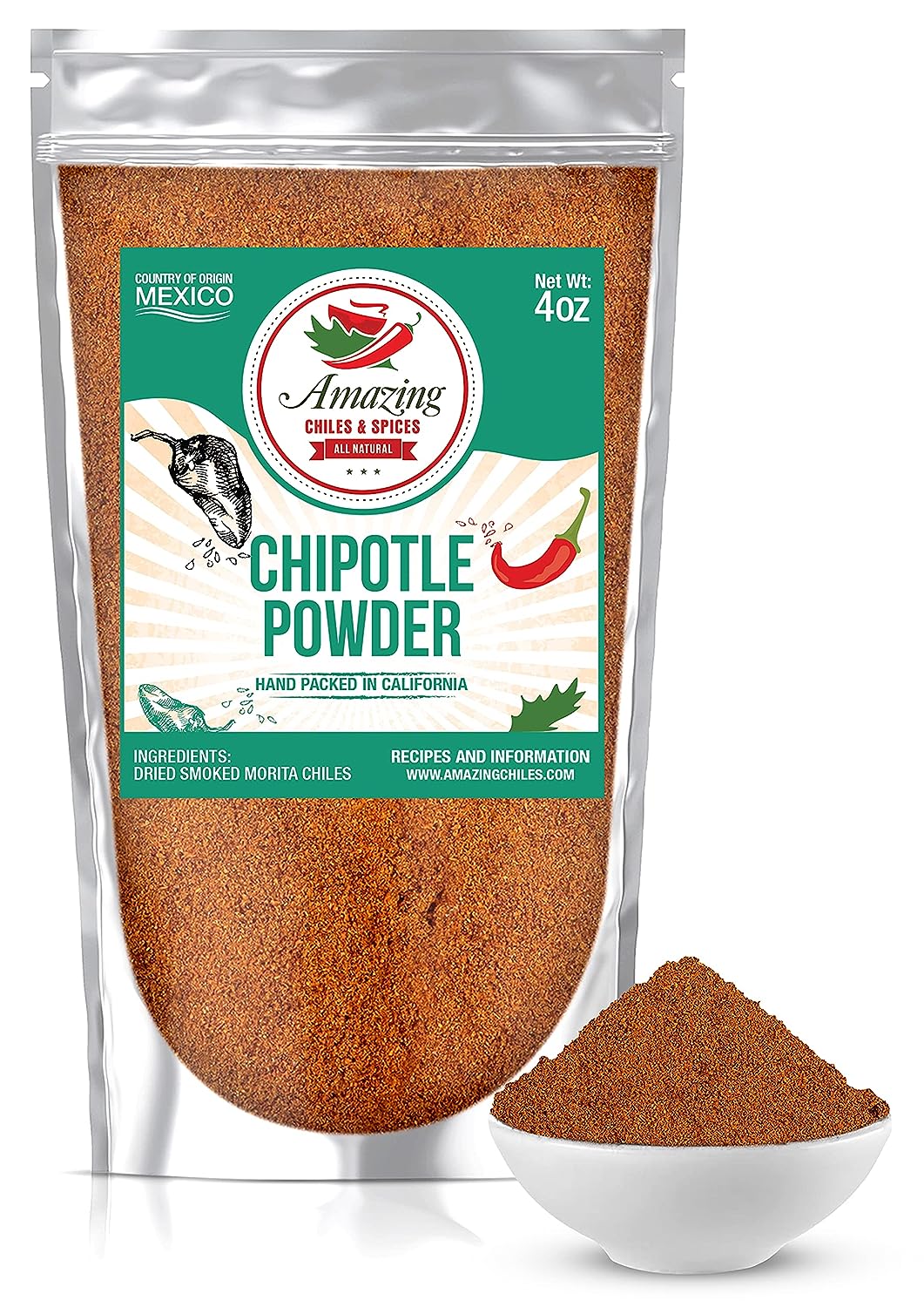 Even though cayenne is much spicier than chipotle powder, it can be used as a substitute. After all, chipotle has a distinct smoky and peppery flavor similar to cayenne pepper. This backup ingredient has a SHU range of 2,500 to 8,000. As a result, if you use it as an alternative, you may have to triple the amount. Another thing to remember is that it has a peppery flavor, so the key to using this spice is to add it slowly into your dishes and adjust other seasonings as needed. This substitute is ideal for spicy Mexican dishes with a strong peppery flavor.

Chili powder, like cayenne pepper, is a versatile spice that We can use in place of other types of ground red pepper. However, some powders sold in grocery stores may contain additional spices and seasonings such as garlic powder, oregano, and cumin. It is also occasionally smoked. Check the ingredient list first and give it a quick taste before using it in recipes for cayenne pepper. To use this substitute, use a 1:1 ratio. 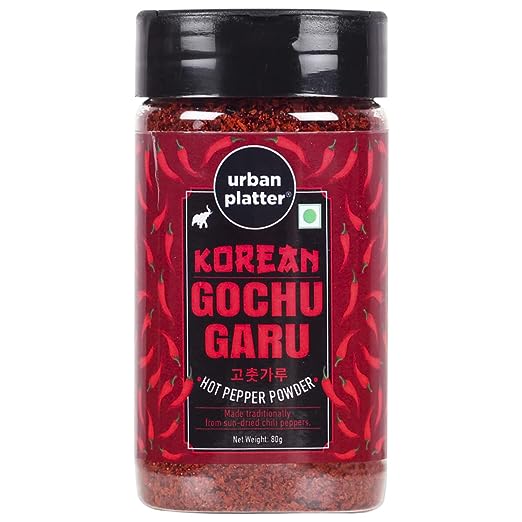 Going from well-known culinary spices to Korea’s favorite ingredient, we have gochugaru. It’s also known as Korean chili flakes, Korean chili powder, and Korean dried chili peppers, and it’s a type of ground pepper spice. Gochugaru has a bright red color that looks like a cayenne pepper substitute. On the other hand, its flavor profile is milder, with a subtle hint of sweetness and smokiness that lends itself better to Asian and Korean recipes. It has a Scoville Scale rating of 5,000 to 8,000 SHU.

Unlike our first three substitutes, this backup ingredient has a coarse texture. However, you can always use a spice grinder to get it closer to the powdered form of cayenne. You can use a 1:1 ratio to incorporate this substitute into your dish. 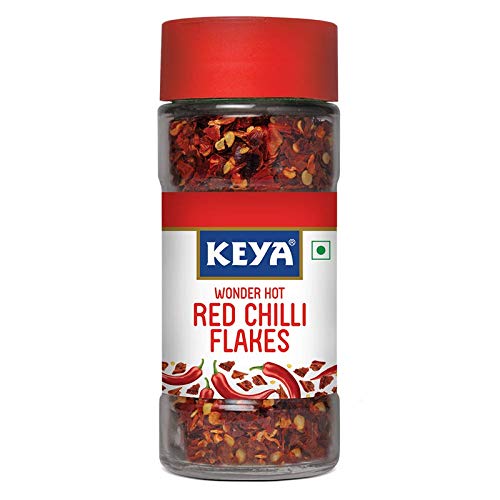 Red pepper flakes are an excellent substitute for cayenne pepper, despite their appearance. The coarse texture of red pepper flakes works well as a garnish for pizza, salads, scrambled eggs, quiches, and other dishes. Essentially, it can be used as a cayenne garnish substitute.

This substitute can only provide mild to moderate heat to a dish because it comprises various red chiles such as Fresno and Anaheim, which have 2,500 to 10,000 and 500 to 2,500 SHU, respectively. As a result, you’ll need to add a little more to match the heat level of cayenne pepper. 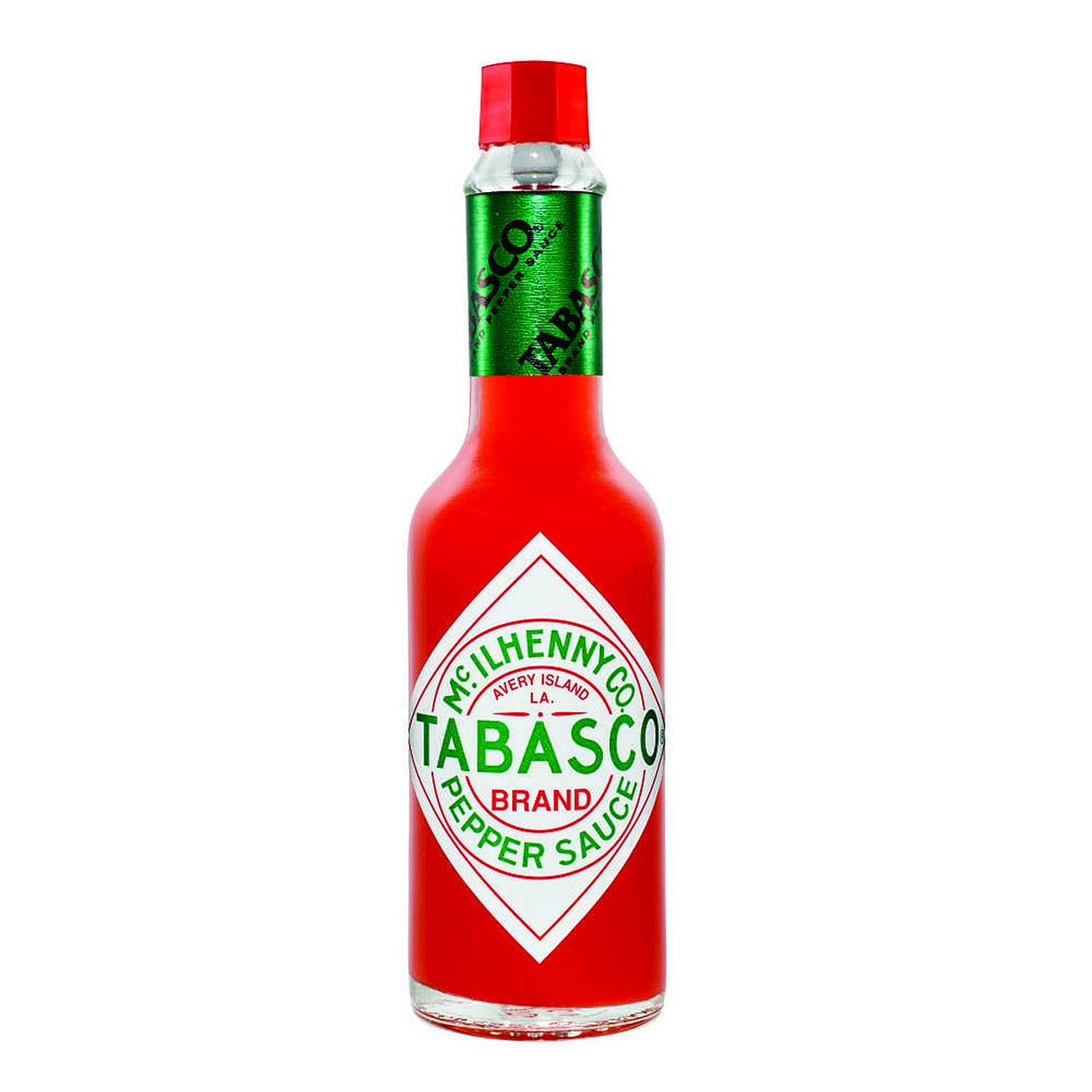 A Mexican chili pepper, Tabasco is a key ingredient in the famous Tabasco sauce and vinegar and salt. Tabasco has the same heat and flavor as cayenne, measuring 30,000 to 50,000 SHU, and Tabasco is an excellent replacement for cayenne pepper. 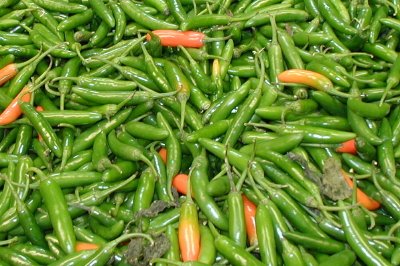 If you’re sensitive to too much spice and don’t want the same heat level as cayenne, try this fresh substitute for cayenne pepper. Serrano pepper measures 8,000 to 22,000 SHU and ranks lower on the Scoville Scale than cayenne. This pepper is also spicier than jalapeo in terms of heat level. You can use this substitute in recipes by doubling the amount of fresh serrano.

Jalapeo peppers are milder than serrano peppers, measuring between 2,500 and 8,000 SHU. It’s being said that cayenne is easily 12 times spicier than jalapeo. This pepper also has a bright, green flavor.

Try roasting fresh jalapeo to give it a rich, earthy flavor to add to cayenne’s flavor profile. You can also double or triple the amount to get a product with spicy heat similar to cayenne pepper. 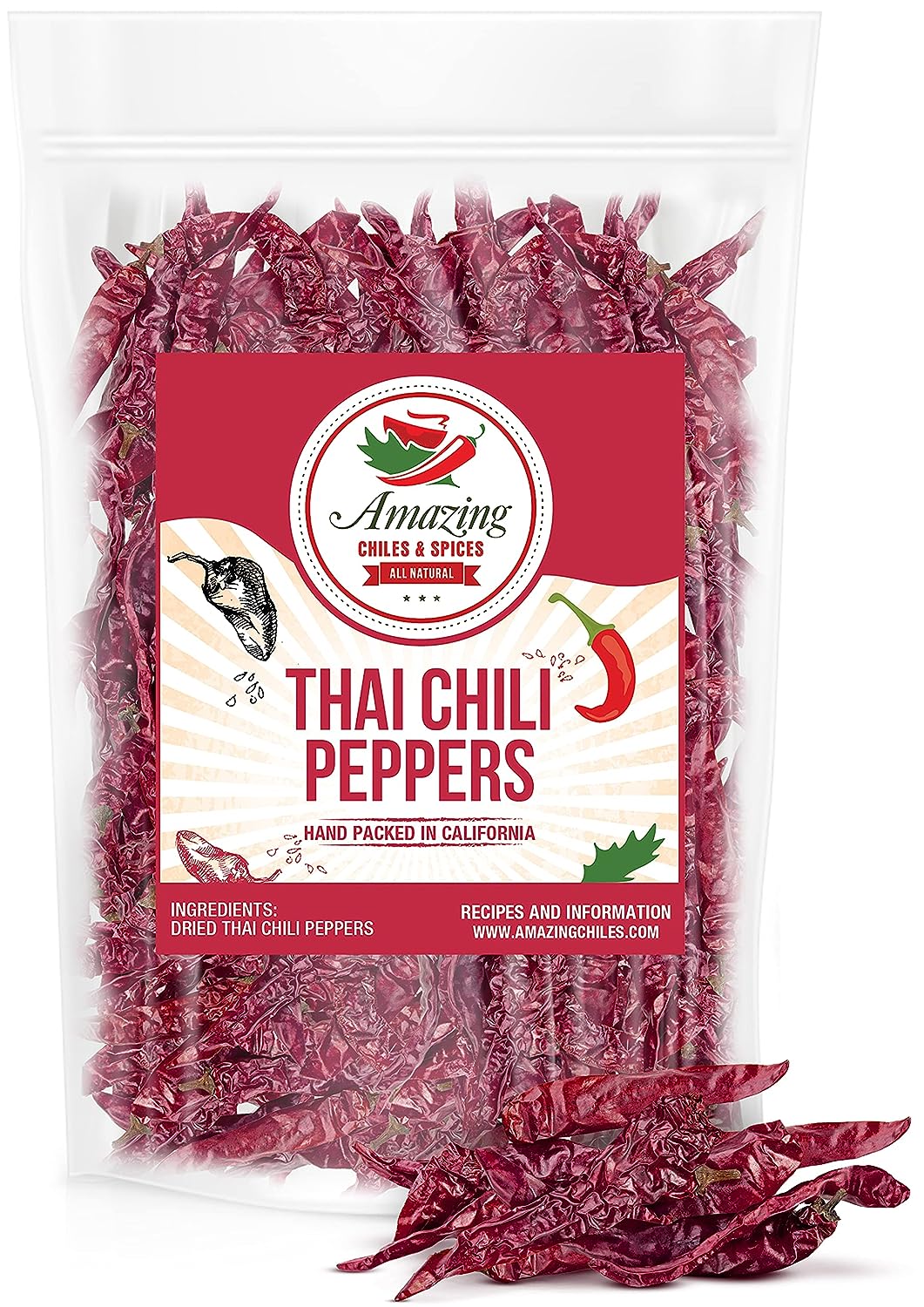 While serrano and jalapeo peppers are milder than cayenne, Thai chili is twice as spicy. It ranges from 50,000 to 100,000 SHU. However, they do have a similar appearance as both have a bright red color and a slim appearance with a slightly curved tip. Both are not as fleshy as serrano and jalapeo. As a result, it’s an excellent substitute used in most recipes.

However, cut the amount in half or lessen it in recipes that call for ground or fresh cayenne pepper because it is twice as hot as cayenne. Perform a taste test and adjust the heat to your liking. 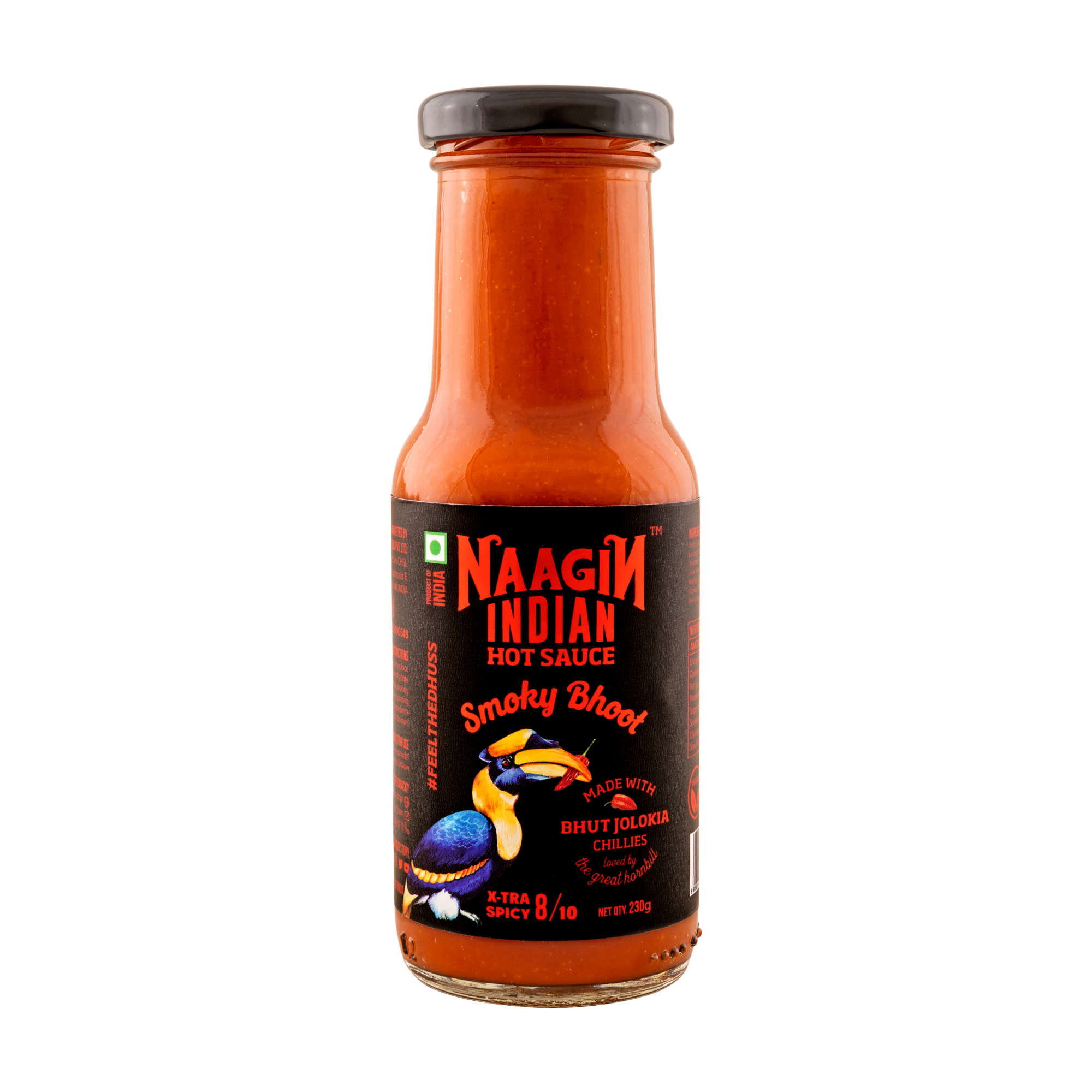 Just as we provided substitutes for powdered and fresh cayenne pepper, here are some hot sauces that work well in some recipes:

This condiment is a great substitute for cayenne pepper because it is made from tabasco peppers (which have the same heat as cayenne). It does have a vinegary flavor, so use caution when adding it to your dish. To incorporate into some recipes, start with a small amount and adjust. This substitute works best in stews and soups that require cayenne pepper. 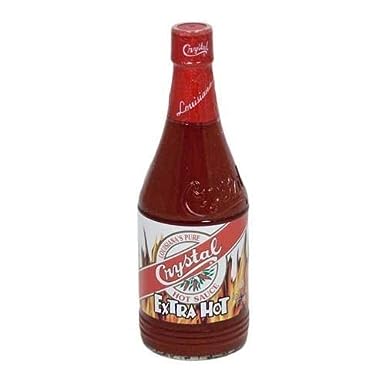 Crystal Hot Sauce, made with aged cayenne pepper, has a more concentrated dark chili flavor that is moderately spicy, and it also has a milder vinegar flavor than tabasco sauce. To use it as a substitute, you may need to start with small amounts and gradually build up the flavor to your liking. 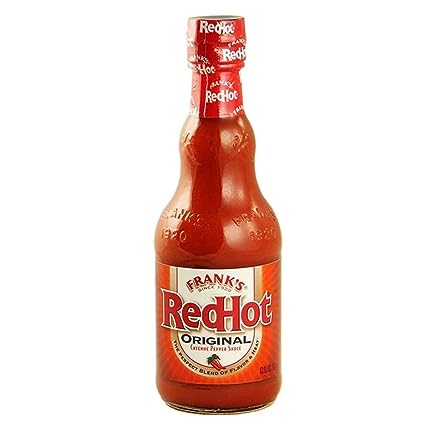 Frank’s RedHot, like Crystal Hot Sauce, contains aged cayenne pepper in its ingredient list. However, it has less heat and spice than Crystal, and overall, it has a strong cayenne and mild vinegar flavor. Use it similarly to the other sauces on this list.

Cayenne Pepper Recipes you Should Try

Not afraid to try some recipes with a little kick, or perhaps a little more? Here are a few recipes that showcase cayenne’s distinct flavor and heat:

Do you enjoy snacking? Make it healthier by preparing this dish, including healthy ingredients like dill pickles. Fried pickles coated with rice flour, cayenne pepper, and onion powder are as tasty as any finger snack.

Make your favorite New Orleans gumbo even better with this homemade Cajun seasoning. It contains a variety of peppers, including cayenne, paprika, and red pepper flakes, for a spicy and herb-forward blend.

This recipe uses your trusty air fryer for a fuss-free and simple meal. This rotisserie chicken is perfectly seasoned with paprika, cayenne pepper, thyme, and other herbs and spices.

Even if you don’t have any cayenne pepper powder in your pantry, here are a few compelling reasons to pick some up on your next shopping trip (or make your own!).

Taco seasoning: Add a few dashes of cayenne pepper powder to your next batch of tacos to make them extra spicy.

Chili: Whether it’s vegetarian chili or chili con Carne, the flavors aren’t complete without a generous dose of spicy cayenne pepper. Then again, we like our food spicy.

Bloody marys: Cayenne pepper is commonly used to add a little spice to a bloody mary, and it takes your mind off last night’s bad decisions.

Vitamin A – Yes, cayenne pepper is high in vitamin A. Beta carotene is abundant in all red pepper varieties, which is one reason they are so beautiful in red!

Marinades: Make cayenne pepper your next secret marinade ingredient. It’s the ideal way to add some heat without overpowering the dish. With just 1/4 teaspoon cayenne pepper, your next batch of grilled BBQ chicken will taste even better.

Aiolis – Cayenne pepper is excellent for spicing up mayonnaise aiolis. Excellent on sandwiches or burgers.

Detox Lemon Water: Cayenne pepper and lemon water are known to cleanse the body as part of the ‘cleanse’ diet. We don’t know whether or not this diet is beneficial.

Can I Substitute Cayenne Pepper for Chili?

However, most ground red chili pepper products in the spice aisle, including Mccormick’s popular spice, are made from ground cayenne peppers. When a recipe calls for, We can use one or the other, red chili powder and ground cayenne interchangeably.

Is Cayenne Pepper the Same as Chili Pepper?

Chili peppers are not all the same. While cayenne pepper is hot, spicy, and earthy, poblanos and other Capsicum family members are much milder. Chili powder is bound to have a different flavor than pure ground cayenne pepper because it is typically made with various peppers.

Cayenne pepper adds more than heat to your dishes, and a few of these peppers will boost and elevate any dish! If you run out of said spice, use these flavorful cayenne pepper substitutes to save your dishes and, ultimately, the day!