Whatever you cook, it is critical to use the right spices and herbs to enhance the flavor of your dish. Many herbs are used in various dishes, both fresh and dried. Cilantro is a popular herb in Asian, Indian, Mexican, and Middle Eastern cuisines and many other cuisines worldwide. It is nothing more than fresh coriander leaves.

Coriander is a member of the parsley family, including parsley, celery, cumin, fennel, dill, and a few other plants and herbs. Coriander seeds are the seeds of the coriander plant and are commonly used as a spice in cooking. They have a warm, nutty, citrusy flavor and can be used whole or ground.

Fresh cilantro is regarded as a flavorful herb. Some herbs have a stronger flavor, but cilantro has a milder flavor when dried.
As a result, fresh and dried cilantro is used in different dishes and is not usually substituted for one another.
However, if you don’t mind the mild flavor that dried cilantro adds to dishes, you can substitute it for fresh cilantro. We can use fresh cilantro instead of dried, but only in a small amount and at the end of the cooking time.

What are Coriander and Cilantro?

The coriander spice and cilantro leaves are both derived from the same plant, Coriandrum sativum.
Coriander is the name given to the seeds, which are typically sold ground or whole.
On the other hand, cilantro refers to the fresh leaves of the same plant, which are popular in Mexican and South Asian cuisine.

The crushed seeds have a spicy, warm, citrus-like flavor because of linalool and pinene, essential oils found in the coriander plant. Though all parts of the coriander plant, including the roots, are edible, the seeds and leaves are the most commonly used in cooking.

Because ground coriander loses potency quickly when stored, it is best to grind it fresh from whole seeds.
Coriander is commonly used in spice blends such as garam masala and curry, pickling vegetables, and brewing beer.

Can I Substitute Dried Cilantro For Fresh?

However, you must add the dried cilantro at the beginning of the cooking time so that it has enough time to flavor your dish. It is not recommended to use dried cilantro instead of fresh cilantro in some dishes, such as sandwiches or sauces.

What are Some Fresh Cilantro Substitutes?

If you’re looking for a cilantro substitute that will enhance the flavor of your food, we’ve got some suggestions. Remember that not all of these herbs are interchangeable in every dish. You should select the best substitute for the dish you’re making.

When we talk about cilantro, we’re talking about the fresh leafy herb, not the dried herb, more commonly known as coriander in the US. Continue reading to learn the distinctions between the two. 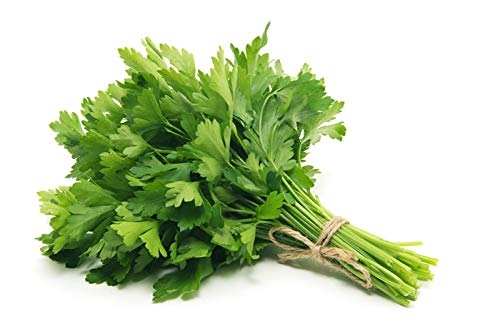 People frequently confuse parsley with cilantro because the two plants look so similar. While they are very similar, they are also very different.
If you dislike cilantro, parsley can be even more bitter than it is. Parsley has a more herbaceous aroma and flavor than cilantro, which has a more citrusy aroma and flavor.
However, parsley is a good substitute for cilantro because it goes well with meats, vegetables, and fruits and enhances the flavor of your dish. Parsley works well as a substitute in Mexican dishes such as salsa and guacamole. 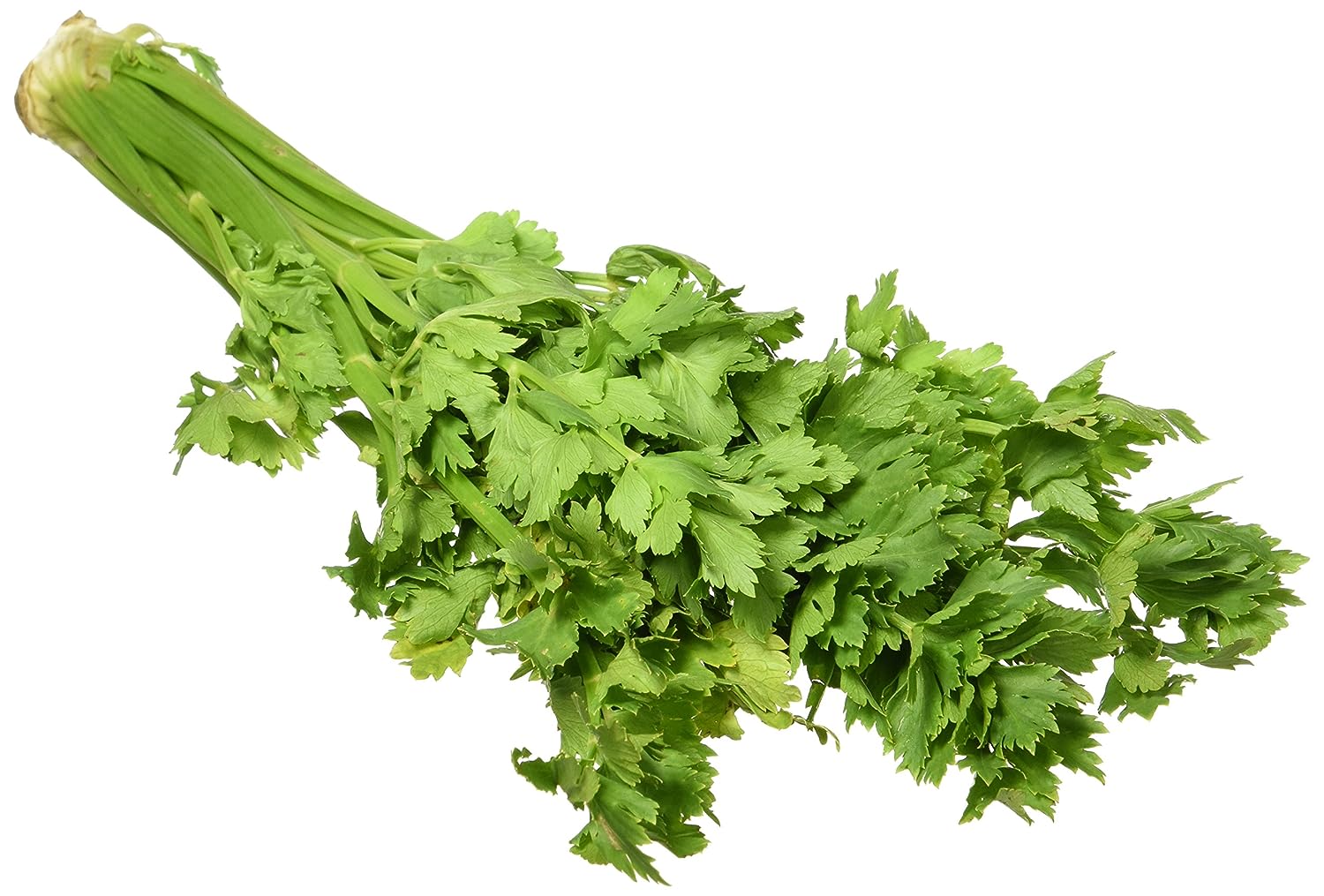 If you haven’t already, you should try eating the bright green leaves on top of the celery stock! These delicate, earthy leaves can be used in place of cilantro in soups and stews, sauces, and purees. The leaves look more like cilantro leaves than any other plant.
Because celery has a similar flavor profile to cilantro, you can sprinkle the leaves on almost anything. While it will have a slight celery flavor, most people will not notice the difference when used as a garnish.
Use the smaller, more tender leaves from new stocks rather than the tougher, more fibrous larger leaves. 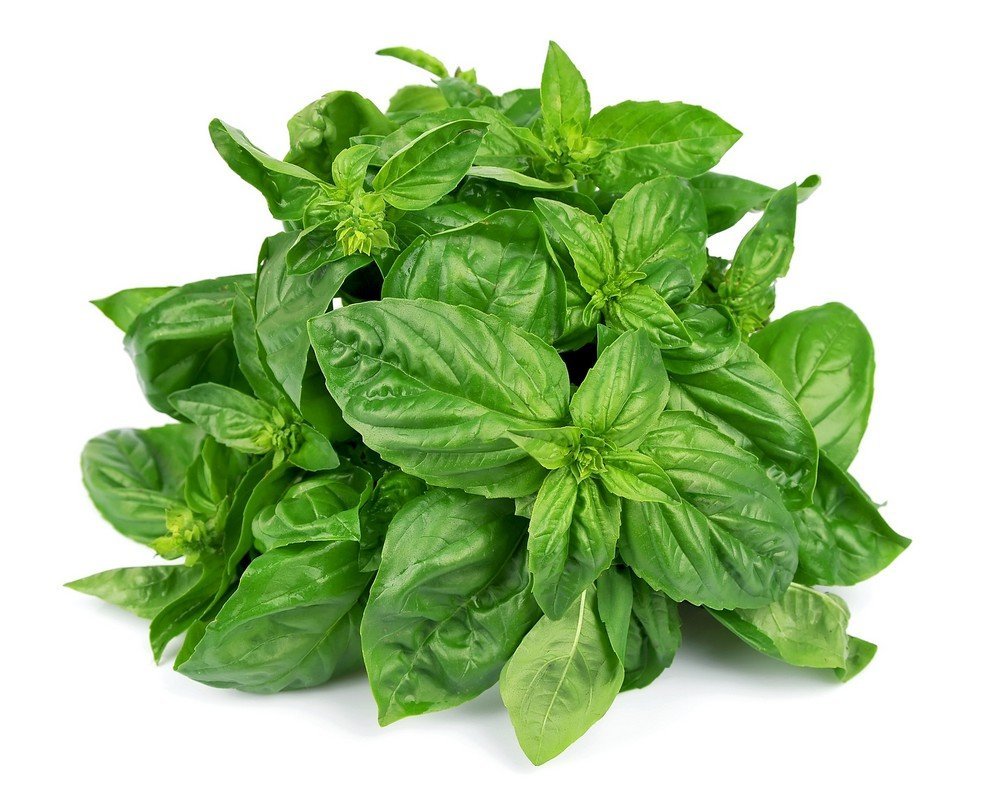 Basil is related to cilantro, and its bright and citrusy flavor makes it an excellent substitute for cilantro in a variety of dishes, particularly Asian, Italian, and Mediterranean fare.
Basil has a slight sweetness, a subtle spicy flavor, and a strong floral/citrus aroma. It’s ideal for use in Asian dishes, where cilantro and basil are frequently used. 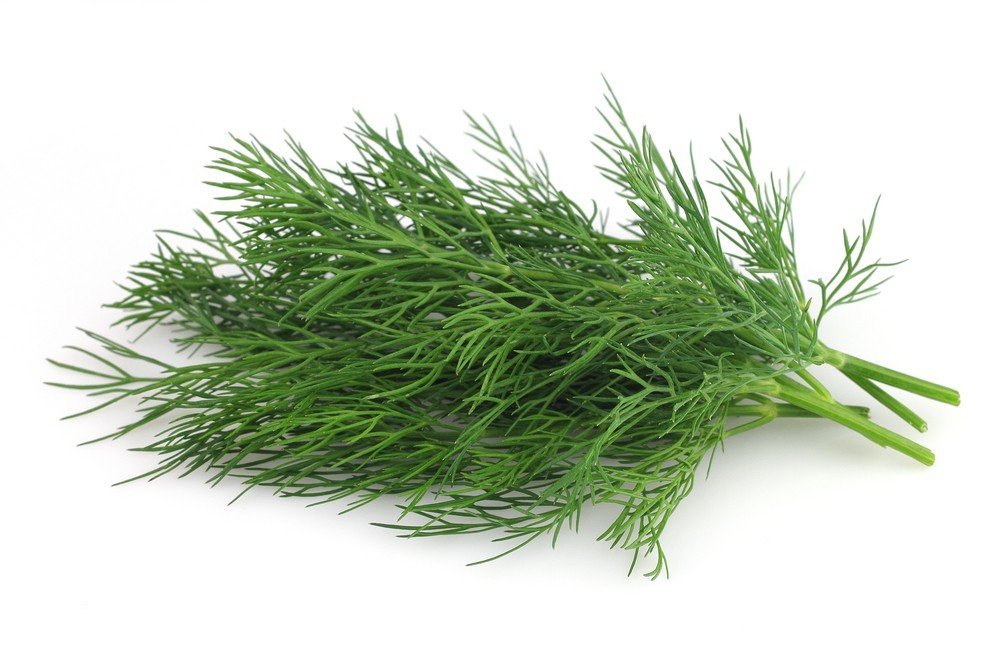 Dill is not only visually distinct from cilantro, but it also tastes quite different. But that doesn’t mean we can’t use it in place of cilantro in some dishes.
Dill pairs well with seafood, breakfast dishes like Eggs Benedict, and foods that benefit from a bright, citrusy [read: pickle] flavor and aroma. A small amount of dill packs a powerful flavor punch.
Dill should not be used in Mexican dishes, frequently topped with cilantro. The two flavor profiles don’t mix well. 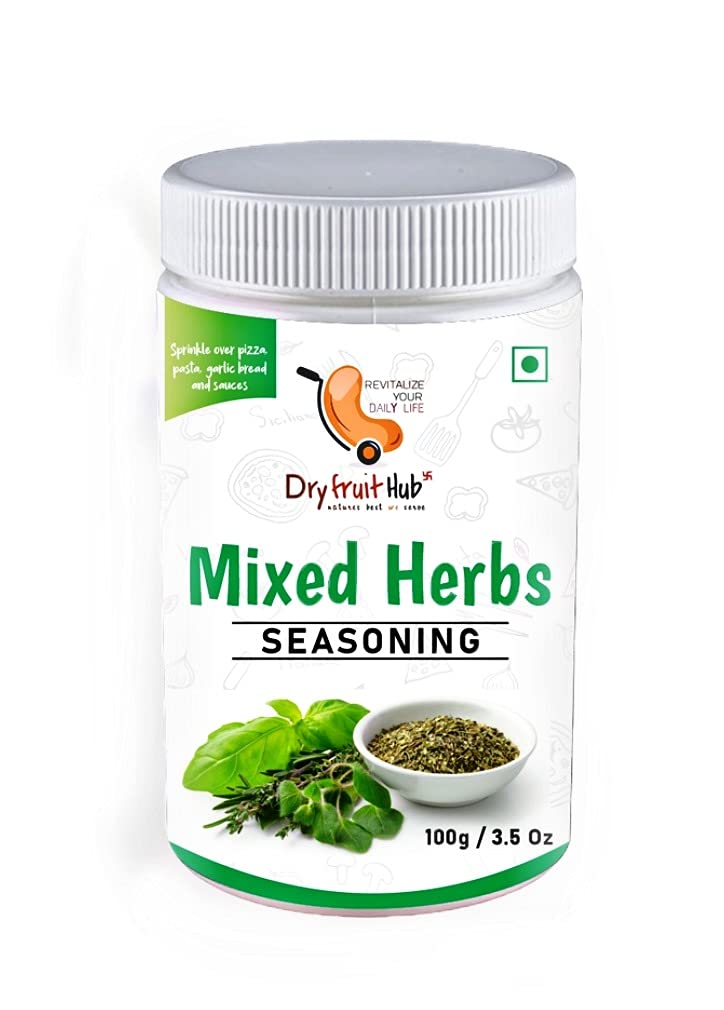 If you want to replicate the complex flavor of cilantro, combine all three of the herbs we just mentioned: basil, parsley, and dill.
These spices each have a distinct flavor profile that can be overwhelming, but when combined, they create a more well-rounded flavor that can be used in almost any dish as a substitute for cilantro, particularly in soups and stews.

What are Some Dried Substitutes for Cilantro? 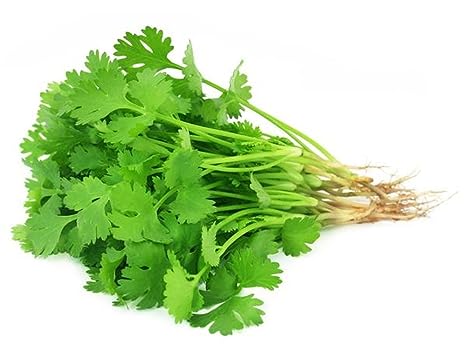 While fresh cilantro is known as coriander in Europe and the United Kingdom, the term is most commonly used to refer to the dried seeds of the cilantro plant. Coriander can be dried as seeds or ground into a finer seasoning that We can sprinkle on food to add a similar aroma and flavor to fresh cilantro.
While dried coriander isn’t a direct substitute for fresh cilantro, which requires a fresh aroma and a bright green pop of color, it does produce a similar taste and smell, so it can be used as a substitute in soups or dishes where the flavor is masked or muted. 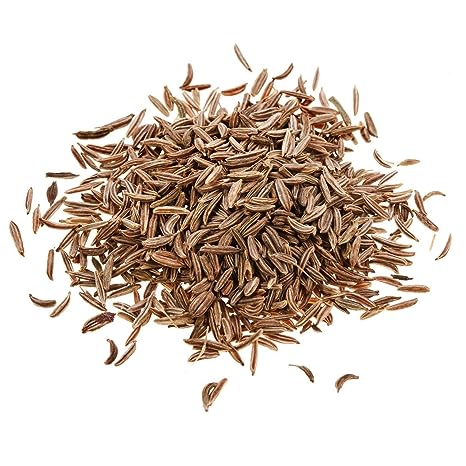 Ground coriander and caraway seeds taste very similar. In the absence of cilantro or coriander, caraway seeds can be used to flavor the dish.
The aftertaste of caraway is sweet, and this sweet aftertaste is more suitable for marinades. The flavor is enhanced when combined with a spicy element. 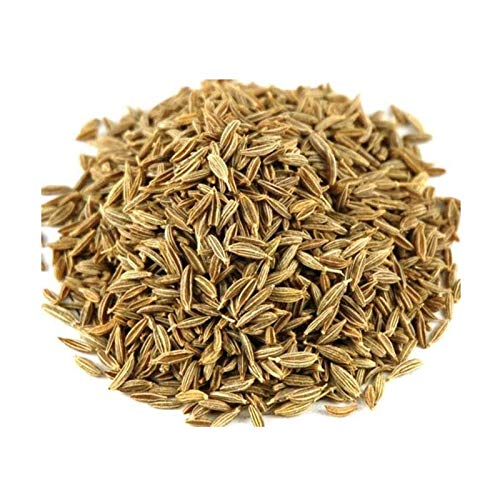 You’re probably aware that dried cumin is frequently combined with cilantro if you enjoy Latin American cuisine. Both of these flavors are common in Mexican dishes, for example.
Cumin has a slightly sweet and earthy flavor, and it’s quite potent, so use a small amount to avoid overpowering the dish with cumin flavor. Cumin and chili powder work well together if you enjoy spicy foods, and you won’t miss the cilantro! 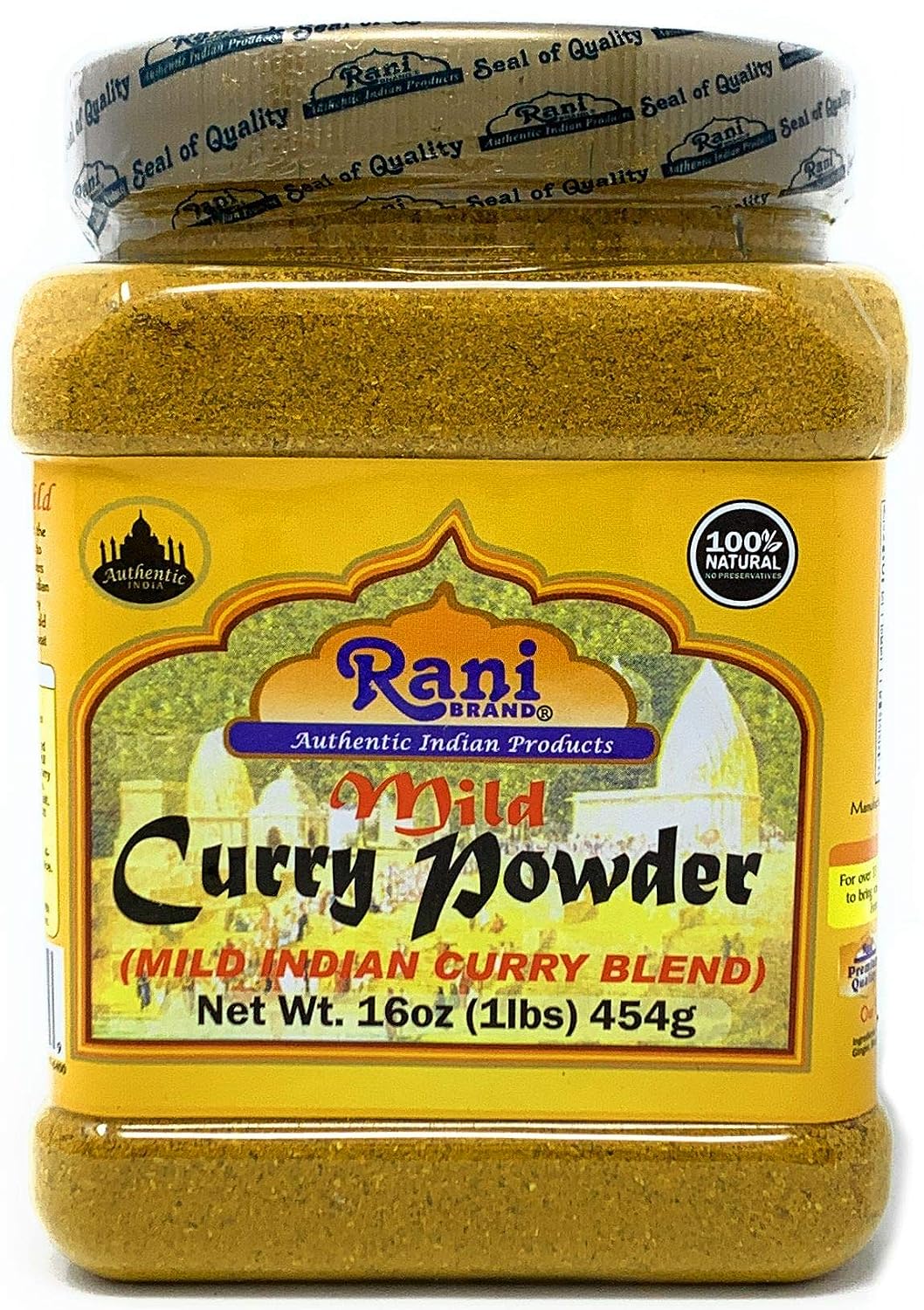 Curry powder is also used in many dishes, including cilantro, particularly in Indian dishes with many seasonings and spices.
Curry powder can help you create a lovely flavor profile for a dish that calls for many robust flavors, especially if you don’t have or don’t want to use cilantro. Remember that there are many different types of curry, so choose the right one for the dish you’re making. 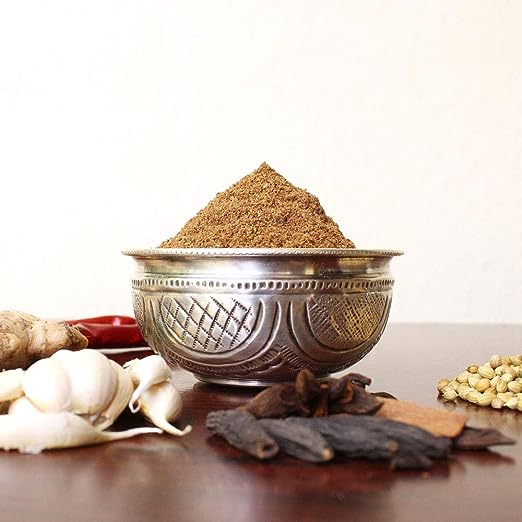 Are Coriander and Cilantro the Same Thing?

What if I Use Dried Coriander Instead of Fresh Coriander?

Of course, dried coriander can be used to add a cilantro flavor to a dish. However, it will not suffice as a substitute for fresh cilantro in dishes such as tacos or salsa, where the fresh herb is essential. In those cases, celery leaves or parsley are preferable.

Why do Some People Think Cilantro Tastes Like Soap?

It’s all down to genetics. People who believe cilantro tastes like soap have a mutation in a group of olfactory-receptor genes that allows them to detect the soapy-flavored aldehydes in cilantro leaves.

Can I Substitute Dried Cilantro for Fresh Cilantro in Salsa?

Using dried cilantro instead of fresh Cilantro when making salsa is not good.
When making salsa, you use fresh and raw ingredients such as tomatoes, onion, garlic, and fresh cilantro to give your salsa a vibrant and fresh flavor. And dried cilantro will not provide the needed freshness in your salsa.
It is preferable to include fresh herbs such as cilantro, mint, basil, and parsley. They have a similar flavor to cilantro and can add the finishing touch of freshness to your salsa.

What is the Purpose of Dried Cilantro in Cooking?

Dried cilantro is fantastic in dishes that require a longer cooking time, such as dishes with beans, rice, soups, stews, and marinades. It also works well as a garnish or seasoning in salads, casseroles, and sauces.
When using dried cilantro, add it to your dish at the beginning of the cooking process, so it has time to develop its flavor and add to the dish. We should not use dried cilantro in dishes that require fresh herbs like cilantro to enhance the flavor.

How Should Cilantro Be Stored?

If fresh cilantro is not properly stored, it will not last long. You can keep it fresh by placing the stems in a glass of water and covering the top with a plastic bag. The glass can then be stored in the refrigerator and used as needed.

We can also store fresh cilantro in freezer bags. Blanch the leaves in boiling water first, then wilt in cold water. Dry the blanched leaves with a paper towel before placing them in freezer bags and freezing them. You can defrost your cilantro whenever you need it.

Fresh cilantro can also be minced and mixed in a 1:4 ratio with salt (1 part salt and four parts cilantro). This salt will keep in the freezer for about a year and can be used in various dishes that call for cilantro. However, you will need to reduce the salt used in the dish.

How Should Dried Cilantro be Rehydrated?

Place the dried herbs in a small bowl with enough water to cover them completely. Cover the container completely. Allow the herbs to soak in the water for 10 minutes to rehydrate completely. Remove any excess water from the herbs.

Because of its distinct flavor, cilantro is a common ingredient in various dishes. If you like the flavor of cilantro, you can use it in your favorite dishes. If you can’t stand the strong flavor, use dried cilantro instead, and you’ll only have a trace of the cilantro flavor to improve your dish.
Which cilantro you prefer and will use is entirely up to you and the type of dish you are preparing. Was this helpful? Please leave your cooking tips in the comments section below.