If you’ve never heard of cumin, you should probably try it. It has been consumed by billions of people throughout history and is linked to almost every Indian dish, including curries. While cumin has a pretty distinct aroma, it’s not as strong as wasabi or hot pepper. Instead, cumin has a pleasant, unique flavor that lingers in your mouth after you’ve used it. In fact, cumin’s flavor is similar to that of Chinese medicine, and the smell of cumin can actually help stimulate the appetite. 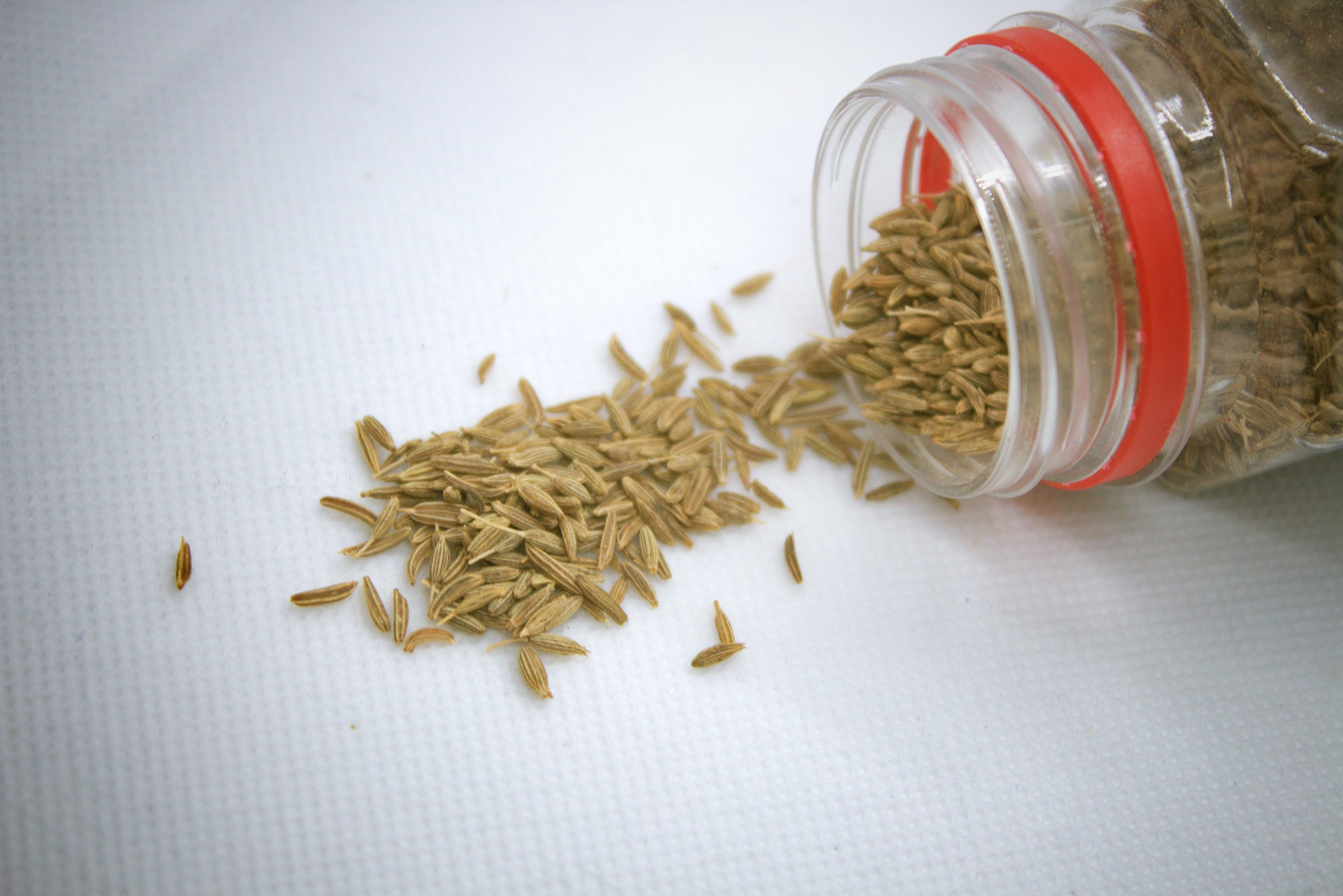 The spice comes from the seeds of the Cuminum cyminum plant. This plant is native to the Mediterranean region and the eastern Mediterranean. Its seeds are edible, but too much of them can negatively. It can cause digestive issues and may cause heartburn, which is a common side effect. Luckily, cumin is a common ingredient in many types of cuisine. So, if you’re unsure about cumin, it might be best to try it for yourself.

Cumin is a herb that belongs to the parsley family. Surprised? If you were to compare its warm, earthy flavor and perfume to parsley’s mild, green flavor and aroma, you’d never believe it was the same herb. When you look at it closely, cumin seed and celery seed are dried, ripe fruits of the same plant. Cumin is one of the primary tastes in chili powder and taco seasoning, and you may be familiar with it. But there’s a lot more to it than that. Cumin has been used for a variety of purposes throughout history.

Cumin has been used to season food since Ancient Egypt, but it has also been utilized for various other purposes. Both the Ancient Egyptians and the Ancient Greeks recognized the significance of this plant as a medical herb. It has also been used as makeup, money, and a charm throughout history. While it has gained popularity in recent years, its peak popularity occurred during the Middle Ages; however, it could always be found in the kitchens of Mexico, Spain, India, North Africa, and the Middle East, to name a few places.

What Is The Taste Of Cumin?

Cumin enhances the flavor of any meal by imparting a rich and hearty flavor that is earthy and toasty with a hint of citrus. Grind the cumin seeds rather than using whole cumin seeds in dishes where you want the flavor to dissipate evenly throughout the dish.

The sweetness of root vegetables such as carrots and beets is enhanced by using cumin, which also enhances the complexity of vegetarian recipes such as vegetable and bean stews, grilled tofu, and roasted vegetables. This is a must-have if you want to bring out the savory flavor of rich meats like beef or lamb.

Because of its capacity to enhance the flavor of such a diverse range of ingredients, it is one of the top ten spices sold in the United States. It is manually harvested, sun-dried, and meticulously screened to ensure that you receive only the purest flavor from McCormick Cumin.

Add this spice to ordinary soups, stews, meats, and veggies for a hearty flavor and earthy color that will impress your guests. There isn’t a difference in the types of cuisine you prepare, and cumin is a fantastic way to add a burst of flavor to any dish.

Where To Purchase Cumin?

You can buy ground cumin at a spice shop or grind it yourself. You can either roast or dry-grind it to get the most flavor. You can also buy whole cumin seeds. To get the most flavor, lightly toast them first to release their oils. Aim to use cumin as you would any other spice, such as coriander or dill. This will make the flavor more intense and enhance its aroma.

Regardless of its use in cooking, you should know that cumin is not as spicy as pepper and offers a variety of health benefits.

Cumin is most commonly used for dyspepsia in traditional recipes.

Cumin may, in fact, properly aid digestion, according to recent studies.

It could, for example, boost the activity of digestive enzymes, potentially accelerating digestion.

Cumin also stimulates bile production in the liver. In your gut, the bile acids digest fats and some nutrients.

2. Is a Good Iron Source

Iron is abundant in cumin seeds by nature.

One teaspoon of ground cumin has 1.4 milligrams of iron in it, which is 17.5 percent of the recommended daily iron intake for people.

Iron insufficiency is one of the most prevalent nutrient deficiencies, affecting up to 20% of the global population and 10% of persons in the world’s wealthiest countries.

Iron is essential for children’s growth and for young women’s replacement of blood lost during menstruation.

Cumin is one of the few foods that are high in iron. Even when used in modest amounts as a seasoning, it provides a significant supply of iron.

3. Diabetes may be aided

Cumin’s components have shown promise in the treatment of diabetes.

When compared to a placebo, a concentrated cumin supplement alleviated early signs of diabetes in overweight people, according to one clinical research.

Cumin also contains compounds that help to counteract some of the diabetes’s long-term consequences.

Advanced glycation end products are one of the ways diabetes affects cells in the body.

When blood sugar levels are high over lengthy periods, as they are in diabetes, they are created spontaneously in the bloodstream. Sugars bind to proteins and alter their normal function, resulting in AGEs.

4. Has the potential to lower cholesterol levels in the blood

Cumin has also been shown in clinical research to lower blood cholesterol levels.

In another trial, patients who took cumin extract for one and a half months had their levels of oxidized “bad” LDL cholesterol drop by about 10%.

Cumin was tested on 88 women to see if it influenced “good” HDL cholesterol levels. Those who ate 3 grams of cumin with yogurt twice a day for three months had greater HDL levels than those who didn’t.

Cumin contains multiple components that may have anti-inflammatory properties, but experts aren’t sure which ones are essential.

NF-kappaB, a crucial inflammation marker, has been demonstrated to be reduced by plant chemicals found in various spices.

There is currently insufficient evidence to determine if cumin in the diet or cumin supplements are effective in treating inflammatory illnesses. 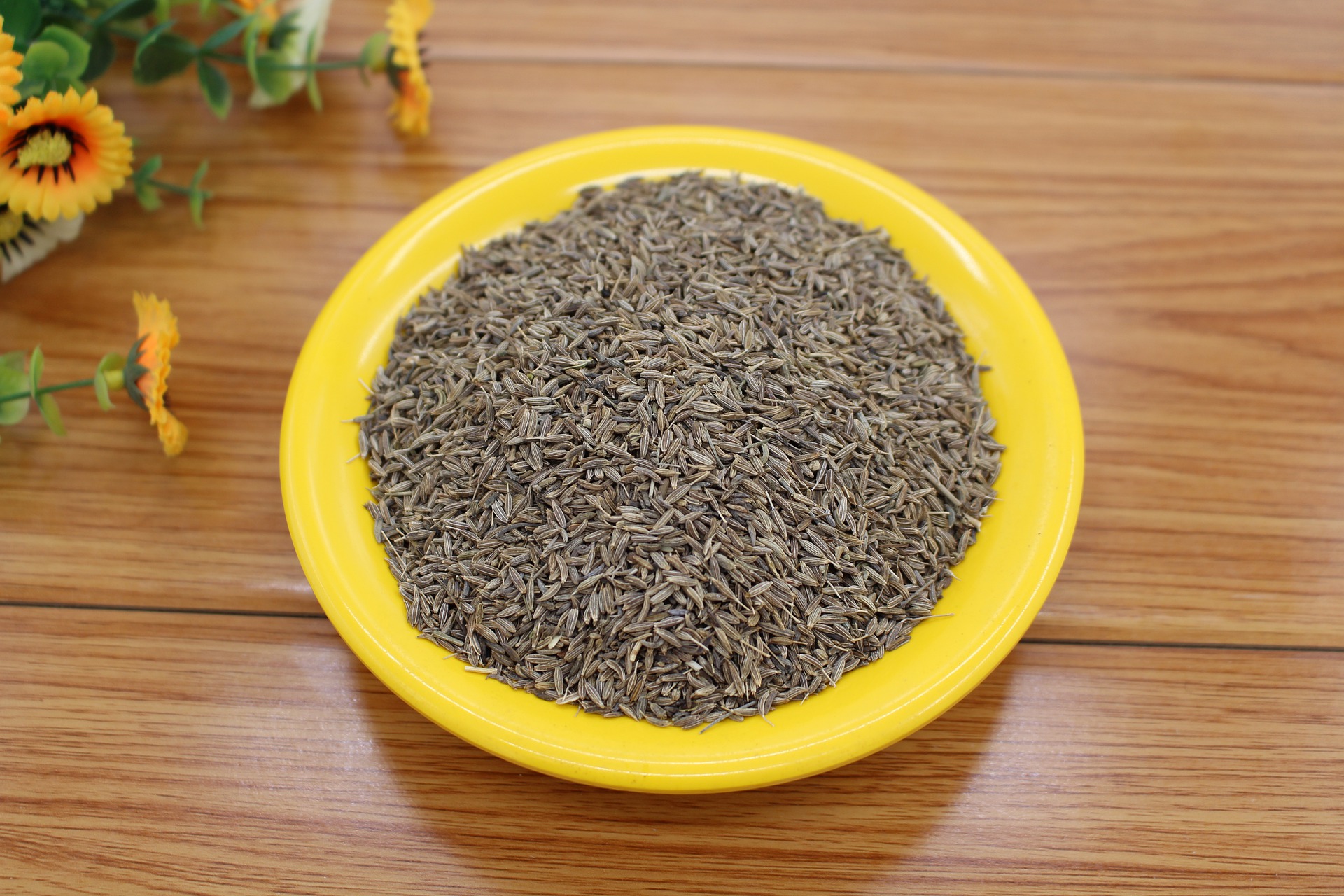 Flavors That Go Well With Cumin

These herbs and spices can enhance the flavor of your food even further, and they are delicious when combined with Cumin.

Turmeric: McCormick Turmeric is sourced from India, where it is revered as a sacred part of the Hindu tradition. We track its progress from the farm to the packaging facility to verify that every bottle has color and quality. The turmeric plant hides its dazzling hue below, which only displays glossy green foliage and multi-petaled white blooms on the surface.
Thyme: The plant’s small leaves, which are about a quarter-inch or so in length at the most, must be plucked, cleaned, dried, and milled with care to keep their vibrant color, piney perfume, and earthy flavor. Thyme was revered as a sign of heroism and valor in the ancient world.
Cinnamon: McCormick Cinnamon is made from the bark of cinnamon trees growing in Indonesia, which is stripped from the base of the trees. In fact, we are the only company with facilities in the area. This means that we can clean, dry, and sort right there on the spot, rather than having to wait to be imported to the United States.
Fresh Red Peppers: Peppers that pass the quality control test are collected, sun-dried, then delivered whole to milling and packing facilities. Each batch can be traced back to its original source, which allows us to maintain high quality and consistency in the heat. It is possible to rely on every bottle of McCormick.
Oregano: McCormick Oregano is the highest quality oregano available since it is grown in the Mediterranean’s rich soil and intense sunlight, and it is gently dried to give it a greener appearance and a more savory taste. It may be used in a variety of recipes. The Mexican variant, linked to lemon verbena, grows wild in the mountainous interior of its native Mexico and is found in the mountains of the country’s interior.

Is Cumin Good For Weight Loss?

A study was recently conducted to investigate if cumin aids with weight loss. Two groups of women were put on calorie-restricted diets, with one group receiving two grams of cumin per day.

This spice is minimal in calories, with two teaspoons containing about 16 calories, making it an ideal way to add spice to your cuisine without adding a lot of calories. The cumin includes a lot of iron, which can help to speed up your metabolism.

If you include cumin in your everyday diet, you will burn more calories and lose weight faster.

Is Cumin Safe To Eat While Pregnant?

Cumin is safe to ingest during pregnancy. However, you should limit your intake and avoid eating them regularly. Cumin can assist in relieving any inflammation and bloating that you may be feeling as a result of your pregnancy, making you feel more at ease.

On the other hand, Cumin can be regarded as an abortifacient in high dosages. This suggests that this spice may stimulate uterine contractions, perhaps leading to a miscarriage.

If you’re taking any new herbal supplements or modifying your diet while you’re pregnant, always see your doctor first.

While cumin does have a strong aroma, it’s much milder than the flavor of hot pepper or wasabi. It has a milder, more fruity aroma than wasabi and is slightly bittersweet. It’s also an excellent addition to chili, fajitas, and Indian curries. There are even some myths about cumin keeping birds at bay! You should find out more about it by cooking with it.