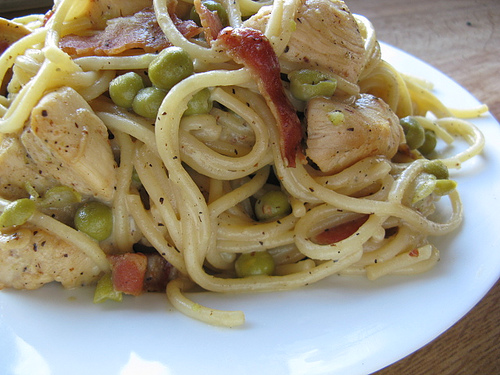 It’s been a while since I had some Italian food and Chicken Carbonara sounded great, and indeed it was. If you are not familiar with chicken carbonara is it basically a type of chicken spaghetti. Pasta noodles, with chicken and bacon in a delicious parmesan sauce. Now does that sound good or what? When I first looked at the recipe I thought it was going to take a long time but surprisingly everything went smoothly and I had it on the table pretty quick. The only other thing I added to the recipe was peas, but mushrooms and onions would be a great addition as well. Now the recipe does call for raw eggs in the sauce so what you are going to want to do is mix the sauce in the piping hot noodles right after you drain them. This will kill any bacteria. Serving with garlic bread is a must. Enjoy. 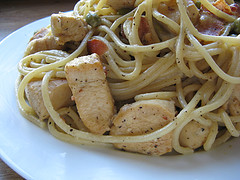 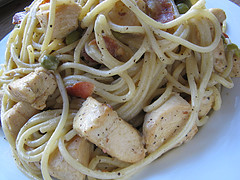 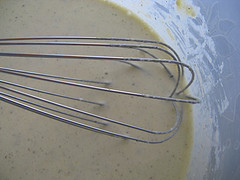 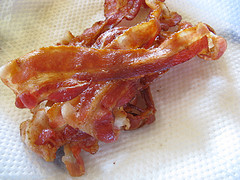 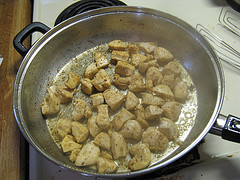 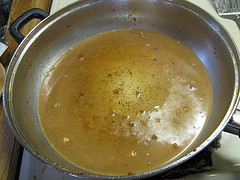 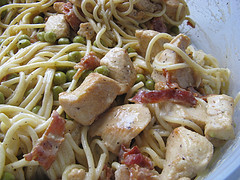 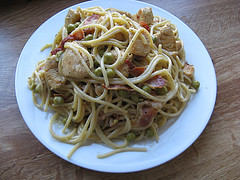