Baking soda is a common ingredient used in baking that is necessary for leavening baked goods. Do you want a light and fluffy cake? Remember to include the baking soda!

Baking soda, also known as sodium bicarbonate, is responsible for the characteristic texture of baked goods when combined with acidic compounds (think cream of tartar, lemon juice, yogurt, buttermilk, or vinegar). When baking soda reacts with the acid, carbon dioxide is released, causing the batter to rise and expand, giving cakes, quick bread, and pancakes their phenomenal rise, lift, and tender texture.

If you don’t use baking soda regularly, it might not have a permanent home in your pantry. Even if it does, less frequent usage may indicate that your current box is about to expire. This doesn’t mean you can’t use a leavening agent in your baked goods! A few alternatives will give you the same soft, fluffy texture.

Here are the Top Substitutes for Baking Soda 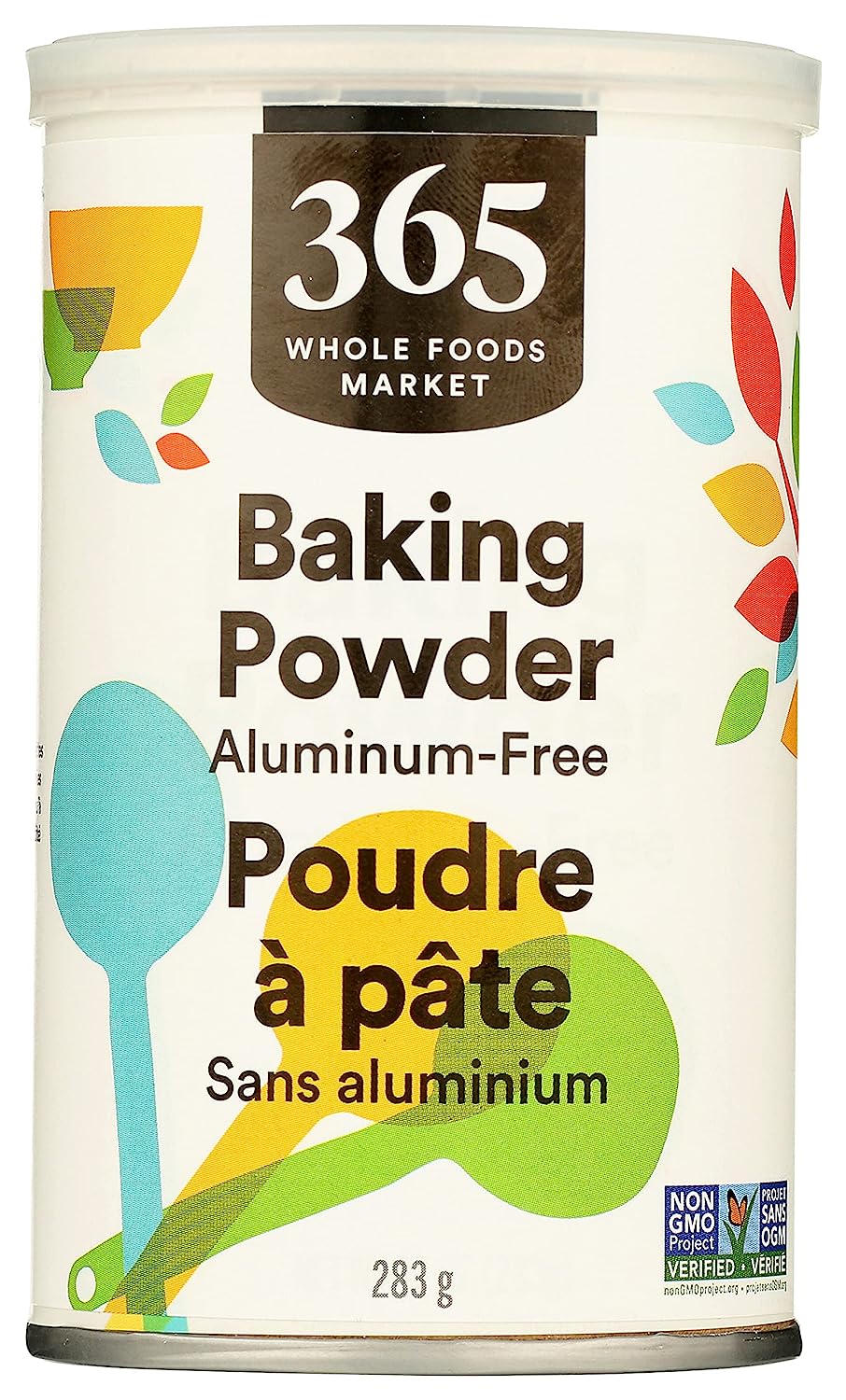 A good rule of thumb is to substitute three teaspoons of baking powder for one teaspoon of baking soda.

Because baking powder already contains acid, you may not need the acidic ingredients in your recipe. Consider reducing or replacing those ingredients to keep your recipe’s intended flavour.

It’s important to note that substituting baking powder for baking soda may result in a saltier-tasting recipe. To compensate, try cutting the salt in your recipe in half. 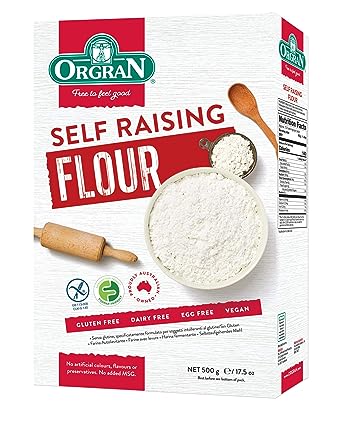 Because self-rising flour contains salt, you will not need to add any to your recipe. 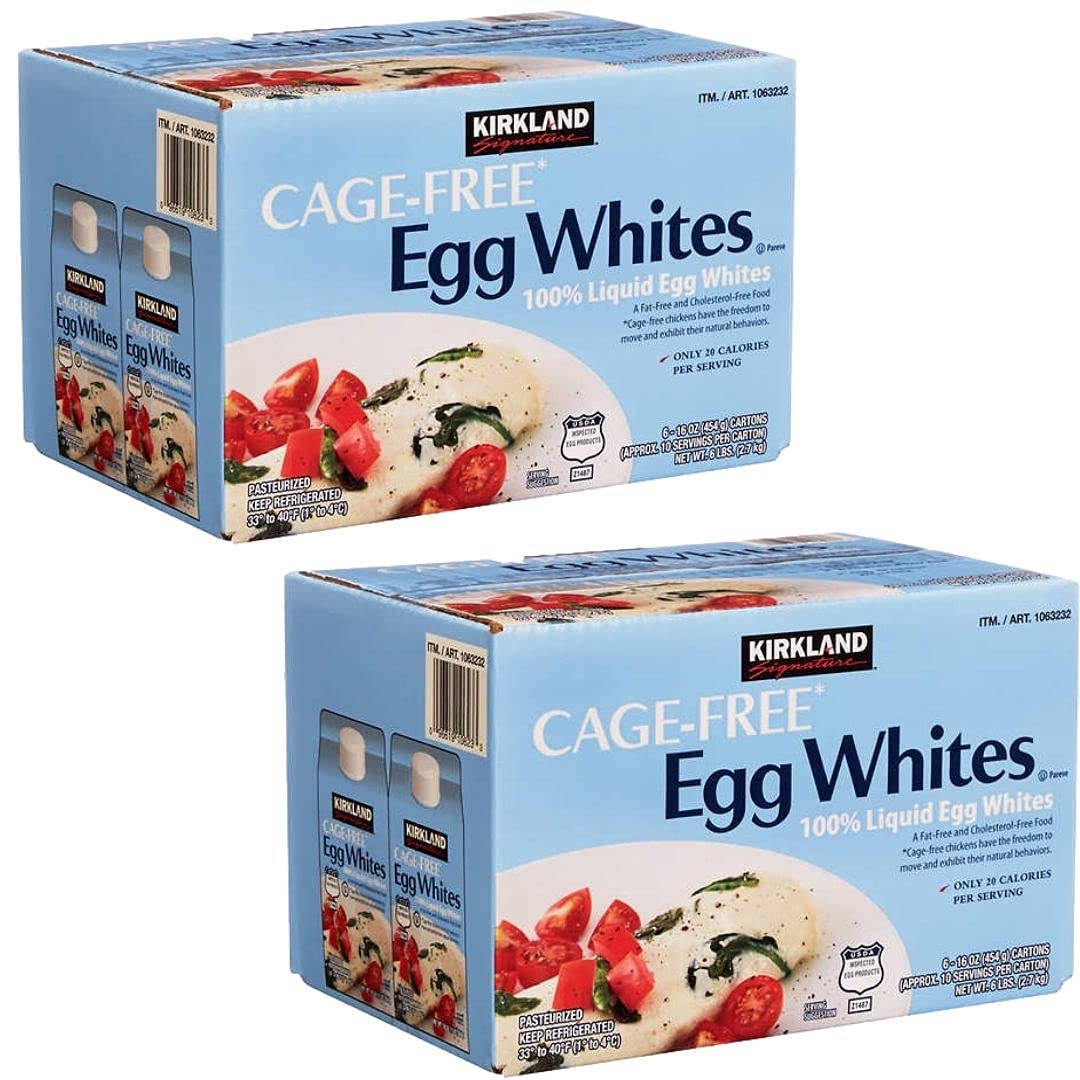 To provide lift and structure to a recipe, We can use whipped egg whites in place of baking soda. Egg whites add air to the batter, allowing the baked good to rise.

Whip egg whites until stiff before folding them into your batter as a baking soda substitute. Make sure to leave out some of the liquid in the recipe to compensate for the liquid added by the egg whites. For example, if you have 1/4 cup egg whites, leave out 1/4 cup milk.

If your recipe calls for eggs, separate the whites from the yolks, then whisk the egg whites with the yolks. After that, fold in the egg whites. From there, continue with the recipe. 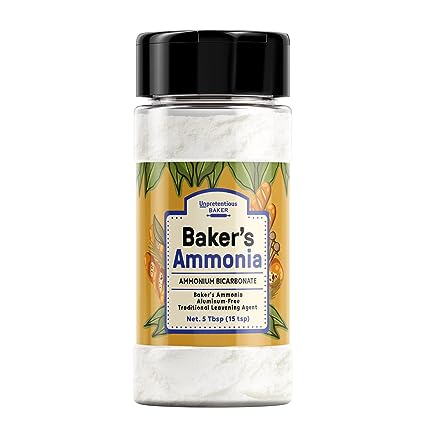 Before the invention of baking soda, the primary leavening agent used in baking was Baker’s Ammonia, also known as Ammonium Carbonate. Baker’s ammonia is still listed as an ingredient in some recipes today. 56

If you can get past the strong odour, baker’s ammonia gives cookies and crackers a light, crisp texture. It can be used interchangeably (in a 1:1 ratio) with baking soda and baking powder, making it a great last-minute substitute.

If you use baker’s ammonia, the smell dissipates during cooking and does not affect the finished product’s taste.

It may not work for all recipes, so some trial and error is required. 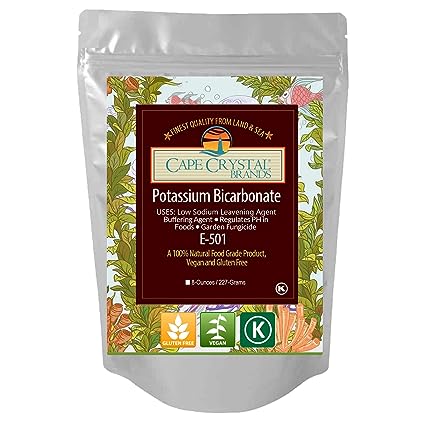 Potassium bicarbonate is commonly used in antacids and as a hyperkalemia treatment. It’s also a good 1:1 substitute for baking soda, but it lacks the salt found in sodium bicarbonate (baking soda). 7 While it performs the same leavening function as baking soda, you may need to add salt to your recipe to account for any potential flavour change.

Because potassium bicarbonate does not contain sodium, it is an excellent leavening option for those trying to limit their salt intake.

It may be difficult to determine how much salt to add to your recipe. For every teaspoon of potassium bicarbonate used in the recipe, start with 1/4-1/2 teaspoon salt. 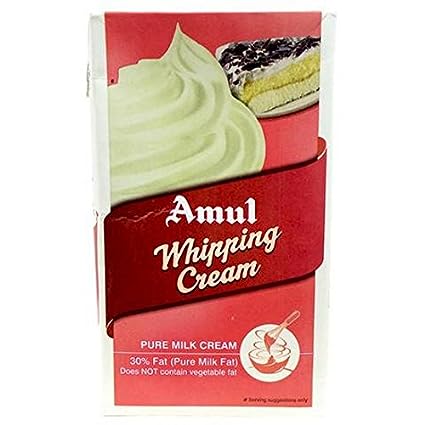 Cream, like eggs, can be beaten to trap air bubbles — think of the perfect fluffy whipped cream atop a cake. According to Ree Drummond of the Pioneer Woman, We can also incorporate whipped cream into your cake!

This substitution, according to Drummond, is best suited for simple recipes like pancakes or denser goods like cookies whose texture won’t be hampered by the lift that baking soda usually provides. If you go this route, replace the milk, yogurt, or buttermilk in the original recipe with an equal volume of cream and whip it to stiff peaks. Gently fold the whipped cream into the batter to prevent it from falling and ruining your hard work. If your original recipe called for a touch of acid, such as buttermilk or yogurt, you may want to add a drizzle of lemon juice to achieve a similar tang in the finished product.

What Recipes can you Make with Baking Soda?

Here are some sweet dishes you can make for your loved ones.

End taco night with a versatile dessert that the whole family will enjoy. This Chocolate taco is made with sugary taco shells from scratch. After the taco shells have cooled, your children can help melt chocolate to dip the outer edges of the shells in. Fill the “tacos” with their favorite ice cream flavors for a delicious treat.

These Small Batch Brownies bake only enough for one or two people to save food, and small-batch brownies are a must-try for an after-dinner snack or dessert. Allow small and large children to assist with measuring, stirring, and decorating chocolate-covered candies.

What is the most difficult aspect of baking cookies? Keep your children’s wandering hands from stealing a bite of raw cookie dough from the mixing bowl! No-Bake Cookie Dough Balls serve your children chewy, sprinkle-covered treats. Measure out the oats, chocolate chips, peanut butter, honey, and other ingredients while making.

Have trouble deciding between brownies and cookies? These Brownie Mix Cookies are an easy recipe that only requires four ingredients, and the cookies are chocolatey and fudgy enough to satisfy your family’s brownie and cookie cravings. Dressing them up with crushed candy and sprinkles will delight your children.

Bring your children’s favorite summertime activity inside. Without the mess or mosquitoes, cook these S’mores Cookies. Show your kids how to use an ice cream scooper to scoop uncooked cookie dough onto a baking sheet and top their treats with mini marshmallows.

While leaving out baking soda without a substitute is not ideal, it is not the end! Don’t skip the pancakes if you wake up one morning and realize you’re out of baking soda and have no other leavening agents.

Just be aware that they will be less fluffy than you are accustomed to. You can skip the leavening agent if you don’t mind denser cookies.

However, for all other recipes, especially those that require a lot of rising time – such as a cake – use one of the substitutes listed above or make a quick trip to the store.

What Effect does Baking Soda have?

Baking soda is most commonly used as a leavening agent in baked goods. Baking soda helps dough rise and spread when it reacts with acidic ingredients.

We’d be eating a lot of flat cookies, muffins, and cakes if baking soda didn’t exist! While baking soda gives our baked goods the desired height, we get a nice fluffy cake or bread when combined with baking powder (another essential baking ingredient).

Can Yeast be Used in Place of Baking Soda?

If you’ve ever made bread with yeast, you’ll know that yeast is also a leavening agent. As a result, you may be wondering if you can substitute yeast for baking soda (or vice versa). The short answer is no.

The way yeast is used very different from the way baking soda is used, and substituting one for the other will not be easy or effective. Instead, when you need to replace baking soda in a recipe, use one of the substitutes listed below.

Why Use a Substitute?

You could leave the baking soda in your recipe, but the result will differ. Cookies will likely be flat, and pancakes will be light and fluffy. They’ll still taste good, but the texture will change.

If you don’t want flat cookies or dense pancakes, an alternative is ideal. Without a suitable substitute that can perform the same function as baking soda, you may have an unrecognizable food in terms of shape, texture, and flavor.

Yes, if you used baking soda/powder in a recipe and it didn’t rise, it’s possible that the product was past its prime.

To see if it’s still fresh, perform a quick experiment by combining some baking soda with some vinegar and watching the reaction. The same is true for adding baking powder to a small amount of hot water (1 teaspoon powder to 1/3 cup liquid).

If it reacts and fizzes, it’s fine; otherwise, it’s expired.

Why are Baking Powder and Baking Soda Used in Some Recipes?

Similarly, adding baking powder to a recipe could cause a reaction. However, if there are too many acidic ingredients (coffee, chocolate, fruit, yogurt, etc.), we must balance it with an additional “base” (baking soda).

What Should I do if I do Not have Either Ingredient?

If you can’t get to the store, you can still experiment with different leavening methods for your baked goods. For example, if your recipe calls for eggs, whip the egg whites until fluffy before folding them into the batter.

What are Some Leavening Agent Examples?

Vaporous: Steam – includes choux pastry and Yorkshire puddings, which trap liquids that steam in the oven. Steam is also used to create the “pocket” inside a homemade pita.

Biological: The most common biological agent is yeast, used in bread and baking. Kefir and unpasteurized beer, on the other hand, are both natural and will produce carbon dioxide in baked goods.

Baking soda is an essential component of baked goods and bread. If you leave it out, the flavor and texture of the food will change unpleasantly. While there are substitutes, it is important to use baking soda whenever possible if your recipe calls for it.

If you need baking soda quickly, baking powder is the simplest and most readily available option. However, if you are out of baking powder, another option may suffice.

It may take some experimentation to replace baking soda in your recipe. So, if you don’t have enough ingredients to make a couple of batches, it might be better to postpone your recipe until you can get what you need. Otherwise, trial and error will only help you improve as a home baker.