Steak is a crowd favorite, perhaps due to its flavorful quality and that it’s easy to prepare for special events and family gatherings. The London Broil, specifically, is a cut of steak which, after marinating with spices and seasoning, results in a delightfully tender piece of meat when cooked in the oven.

If you’d like to try out a London broil recipe but have no idea how to go about it, you’ve come to the right place. We’ll take you through a process of cooking London broil that is sure to help you achieve mouthwatering results. 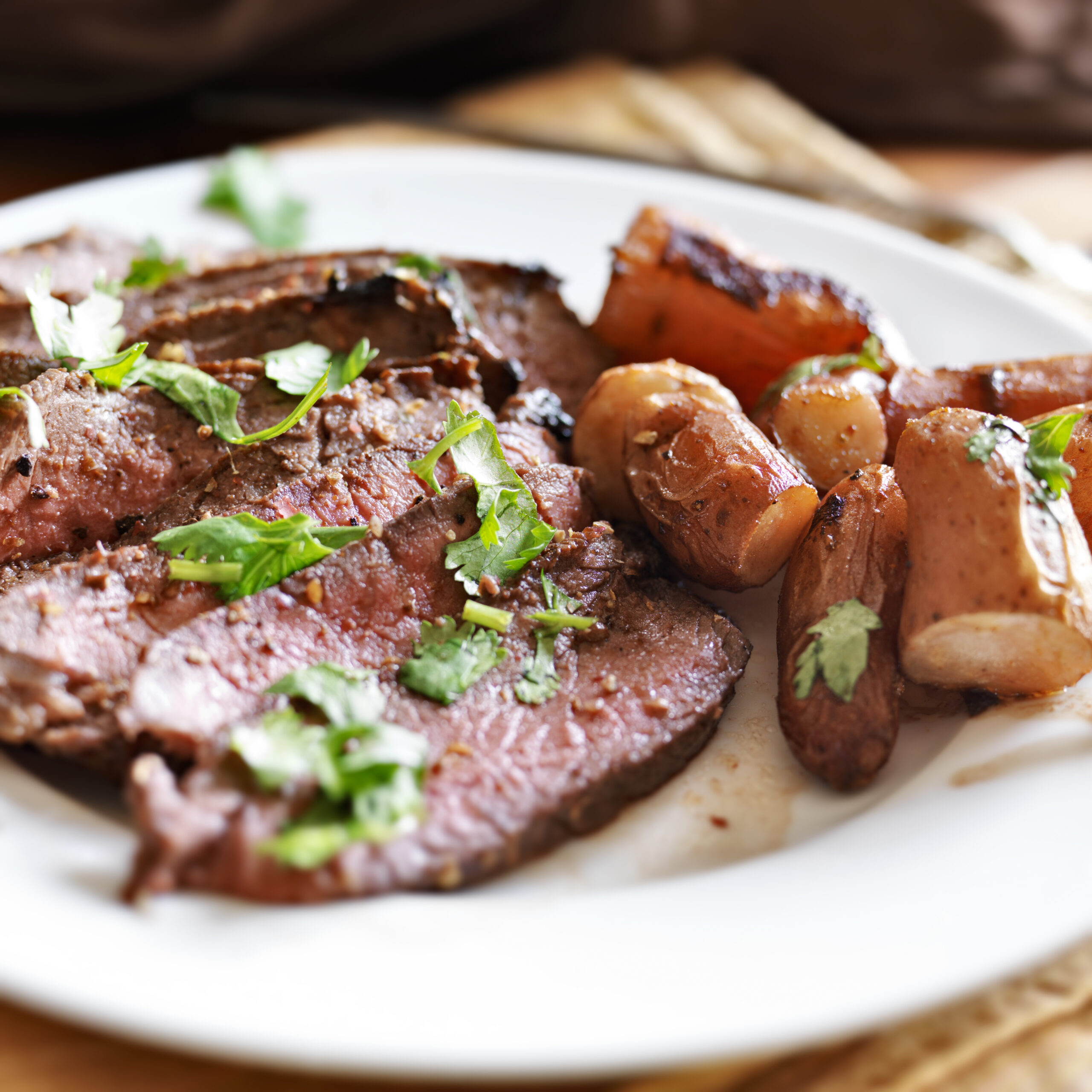 Some helpful tips have been outlined below to ensure that you arrive at your desired results with London broil recipes:

Always buy quality steak – Although this may seem like an obvious point, it is important to buy the best quality of meat possible. The difference in quality between good and average meat is always noticeable. Make a point to visit your neighborhood butcher and inquire about the various possibilities available at various pricing points.

Marinating for improved texture – Tenderize the meat by marinating London Broil. The process of marinating is identical to that of brine. Marinating adds flavor to the meat and provides moisture, preventing it from drying out while cooking. Because of the acidity in the marinade, the surface texture of the beef changes, making it softer.

Ideal duration for marinating – It is possible to over marinate London broil, which is not recommended. Acids like vinegar and citrus juice and enzymes like papaya and mango are used in marinades. If you marinate the meat for an extended period of time, it will become mushy and chewy. As such, you should allow your London Broil to marinate for no more than 8 to 12 hours.

Let the meat rest before you serve it – Allow the steak’s juices to disperse, leveling out the flavor. After it’s been cooked, don’t serve it immediately. Although you may be concerned that the steak may lose its warmth, allowing the meat to rest is better for the cut overall.

The majority of people think of London broil as a piece of meat. However, it’s actually a method of preparation. It refers to the meat that has been marinated and then sears or broils at a high temperature. After gaining popularity over the years, several supermarkets now sell top-round steak as “London broil” because it’s suitable for this cooking style once tenderized.

London broil was initially only cooked with flank steak, but various pieces of beef have been served under that designation throughout time. Top-round steak, often marketed as “London broil” or “flank steak,” is the most common and typical cut of beef for London broil because it marinates well.

The following steps are involved in the cooking process for a London broil roast:

In a small bowl, combine the ingredients for the London Broil marinade. In a shallow dish or a big resealable bag, place the round steak or flank steak. Pour the marinade over the roast and leave it to sit for one hour to 8 to 12 hours.

Preheat the oven to 425 degrees Fahrenheit when ready to cook. Using paper towels, blot the London Broil roast dry after removing it from the marinade (this will help get the meat golden brown). Heat oil over high heat using a large skillet. Sear each side of the meat for about 2 minutes.

Cooking on the Oven

Cook the London broil for around 6 minutes in a preheated oven or until the steak reaches your desired temperature.

Allow the meat to rest, then slice and serve

Remove the steak from the oven and set it aside to rest for 5-10 minutes, covered with aluminum foil. After the beef has rested, slice it against the grain and serve it.

The table below describes the ideal cooking duration for a London broil roast:

This entire recipe was made in 1 hour and 15 minutes, with 5 minutes prep time, 1 hour for marinating the steak, and a cooking time of 10 minutes. If you need more recipe ideas to help make a delicious London broil roast, then check out this video recipe.