“Muy deliciosa”, which translates into “Very delicious”, is the first statement I always say after a meal of chorizo and egg. Not only is this breakfast meal delicious, but it is something I always relish for its flavor and spiciness.

My mother is of Hispanic ancestry and appearance; despite the fact that she does not speak a word of Spanish, she continues to cook the traditional dishes taught to her by her mother and relatives while growing up in New Orleans. As a result, we were the only ones on our block who had chorizo or Mexican sausage scrambled with eggs. Until I was in my twenties, I had no idea that chorizo was the name of the sausage and not the dish.

If you’ve never had chorizo before, you’ll thank me once you try this recipe. It’s a breakfast favorite in our house. The aroma of cooking sausage fills the house and draws everyone to the kitchen, eager to devour it! 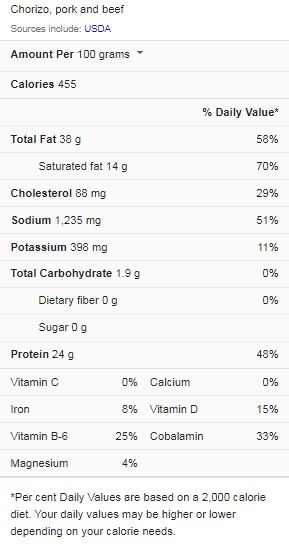 Chorizo is a spicy, flavorful pork sausage, and it is available in two varieties: fresh (or raw) sausage and cured (or dried) sausage. It can be found in many cuisines, including Spanish, Mexican, Puerto Rican, South American, and Portuguese. Both versions are heavily seasoned and can be spicy (the level of spiciness varies depending on who makes it).

Fresh chorizo, also known as Mexican chorizo, has the texture of Italian sausage. It is available in casings and bulk. Spanish chorizo is dried chorizo that resembles hard salami. There is no need to cook it before slicing and eating it.

Handy Tips in Preparing the Best Chorizo and Egg

Begin by removing the casings from fresh sausage. Cook until the fat melts and the sausage is browned in a hot pan with the raw sausage. While it’s cooking, break it up with a spoon. Check the pan after the sausage has finished cooking. Consider removing some of the rendered fat if there is a lot of it. Some fat is beneficial and has a variety of flavors. However, if you use too much, the eggs will become greasy.

Now for the eggs, use medium-low heat to make the best-scrambled eggs. Before adding the eggs, wait a minute or two if the pan is still hot from cooking the sausage. Once the eggs are done, serve the entire dish family style with fresh lime, cilantro, a sprinkle of salty cheese, and warm tortillas.