A swordfish is an oily, large, elongated, round-bodied fish that gets its name from the bony, sword-like protrusion on its face. It’s a mild-tasting white fish with a firm texture usually sold in steaks. It is also commonly fished as a sport, which many have come to know as Swordfishing. It’s mostly found in temperate and warm parts of the Indian, Atlantic, and Pacific oceans and has become an acquired taste for searching for exotic seafood cuisine. But, if you ever come across it at the fish market, note that you can still enjoy this unique fish by preparing it in the simplest of ways; grilling. 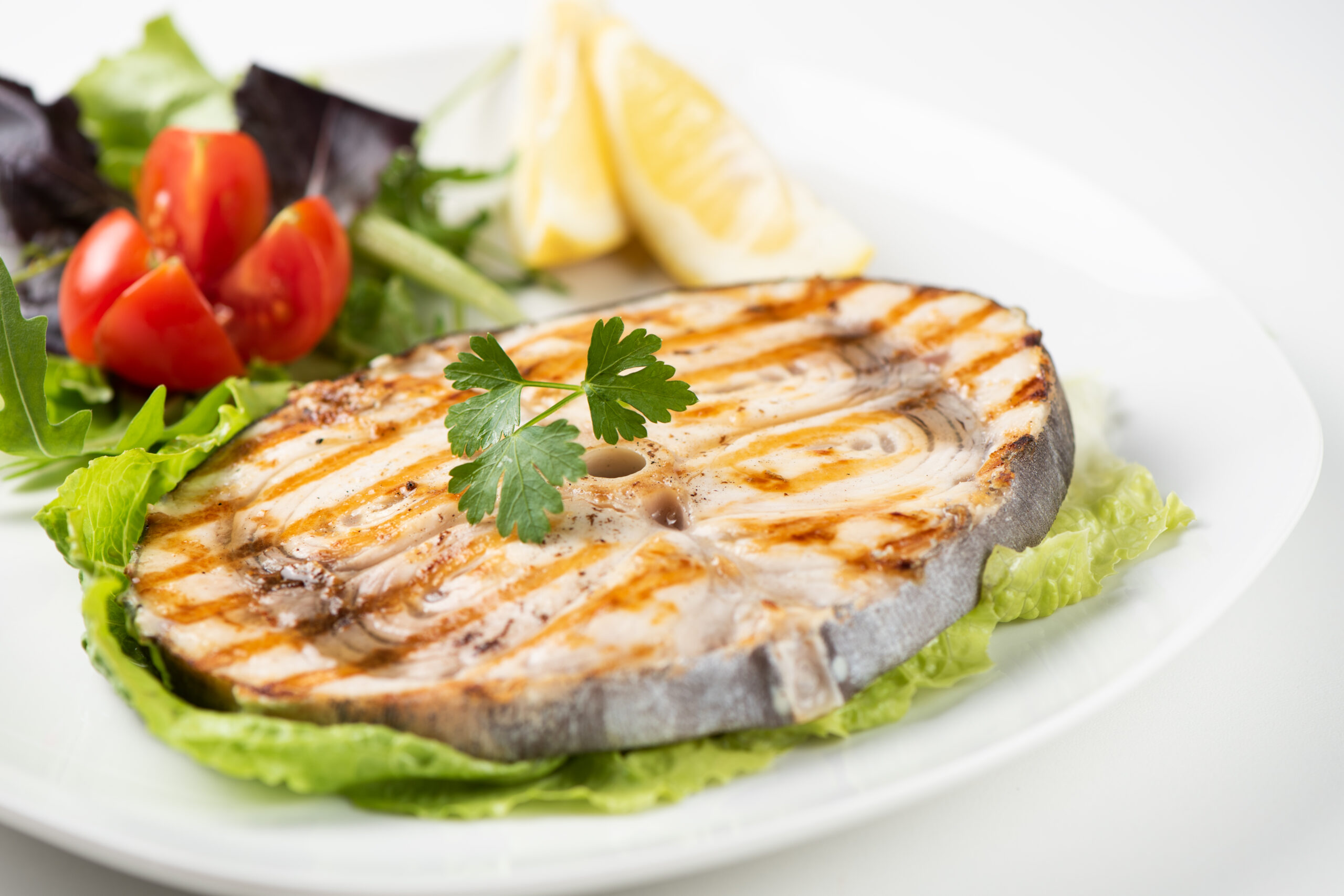 Swordfish is rich in protein and vitamins like B12, Omega-3, and Niacin. It’s also a good source of minerals like zinc and contains selenium, a macronutrient fighting cancer, and heart problems. Another great perk about swordfish is that it’s low in fat and calories. This makes it a healthy diet for those who wish to cut down on calories and increase muscle mass.

Still, many worry about its mercury content, as is expected of most seafood to have. And because of its size, swordfish, like the shark, is presumed to have higher levels of mercury. When accumulated in the body, it converts to methylmercury, an organic and highly toxic compound. But here’s why you shouldn’t worry- all seafood contains mercury. Saying you’re afraid of mercury poisoning is the same as saying you won’t eat fish any longer.

It’s why swordfish is considered an exotic treat. Because of its nutritional benefits, it can’t be passed up, so experts advise that you only eat it on rare occasions. However, health agencies like the FDA advise that women planning to become or already are pregnant, nursing mothers, and children should stay away, as they’re more prone to health risks associated with mercury accumulation.

How to Grill Swordfish

Swordfish is often grilled to give a better and smoky taste. It can be grilled using seasonings and olive oil. One can also decide to spice it up by using either lime or lemon juice or by adding the marinade to enhance the flavor of the fish and helps to keep it moist.

A great recipe for grilled swordfish combines both the taste of char, smoke and savor with the right hint of zest and tang. Like this one, for instance. It also includes soy sauce to give it a touch of umami;

What do I Serve my Grilled Swordfish with?

Swordfish can be served with crispy potatoes, which can also be made on the grill. You can also serve with citrus salad, citrus vinaigrette, and bright green sautéed broccolini.

How to Know When a Grilled Swordfish is Done

The fish will be well-browned on one side and light pink on the inside. The browned part is the side to be presented when serving, as the other light pink part will cook through due to the heat.

You can also follow this video tutorial for a great grilled swordfish recipe.