Vanilla is a flavoring spice named after the orchid plant from which it is extracted. Vanilla beans are the fruits that grow on the seed pods of this particular plant. Vanilla, which has a floral flavor, is the second most expensive spice after saffron.

The high price is due to the extensive labor involved in hand-pollinating vanilla blossoms (within 12 hours of opening), which is required for fruit formation. Vanilla bean harvesting is as time-consuming as flower pollination, and they are hand-picked at a specific stage before the fruits are fully matured. 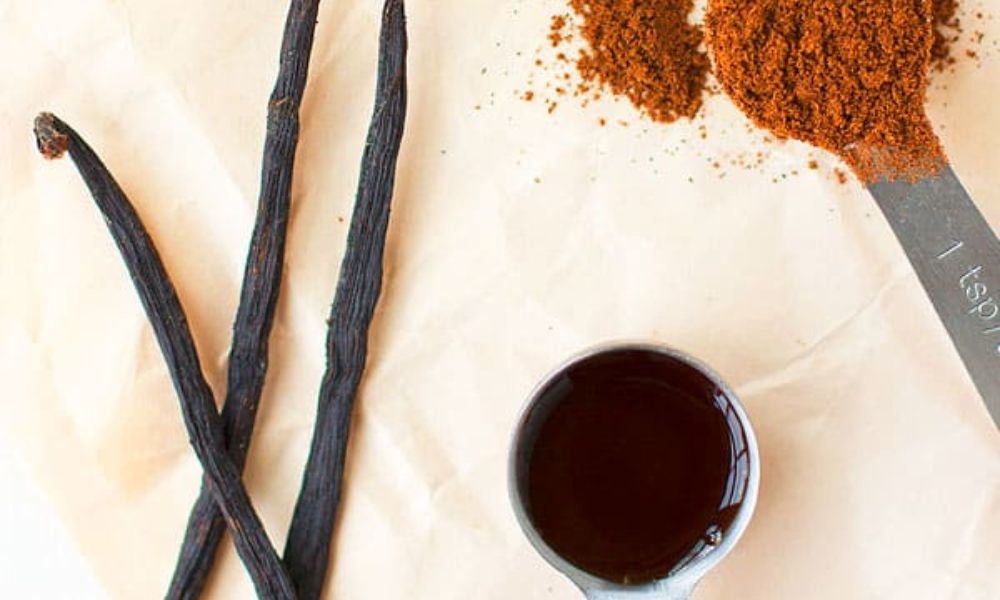 The maturity and pod length of the beans determines their commercial value, with beans longer than 15 cm superior and those measuring between 10-15 cm second-best. The beans are packaged and sold commercially after six months of treatment.

Cured vanilla beans are used in various dishes, including sauces, sweet candies, cakes, and ice creams. They not only add a distinct aroma to the dishes but also a visual element. To use vanilla beans in coffee grinding or sauce making, split the beans lengthwise and scrape the seeds with a knife.

Vanilla Beans: What are they?

The Vanilla Orchid Plant produces pods that are used to make vanilla beans. This plant’s vines grow here, producing beautiful flowers and pods. This orchid can grow only about 10-200 degrees south or north of the equator.

There are more than 110 different types of Vanilla Orchids. However, the Vanilla Planifolia is particularly sought after, as it produces 99 percent of all commercial vanilla. These beans are simple to prepare but come at a high price.

The preparation time for using vanilla beans in cakes and other recipes is longer, but the flavor is exquisite. Beans also eliminate the presence of alcohol, which is present in vanilla extract. 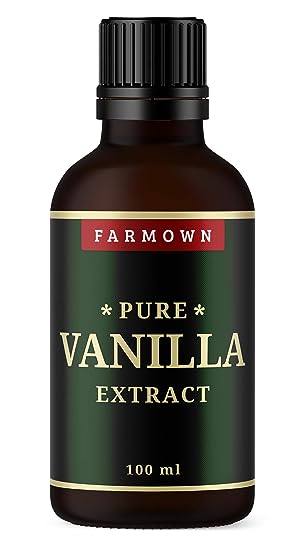 Vanilla extract is a common ingredient in home baking. It’s a dark-colored, highly aromatic liquid made by steeping the beans in a solution of water and alcohol, and it’s probably the best vanilla bean substitute. In place of one vanilla bean, We can use one teaspoon (5 ml) of high-quality vanilla extract. If necessary, We can add a few drops of vanilla extract to achieve the desired flavor. 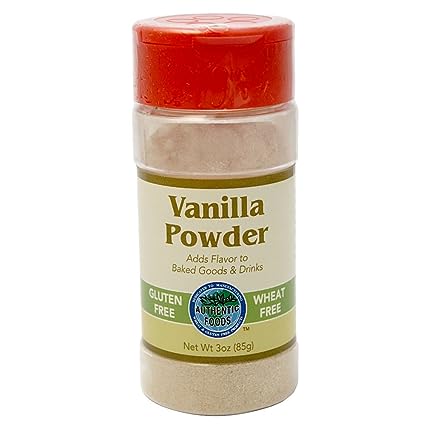 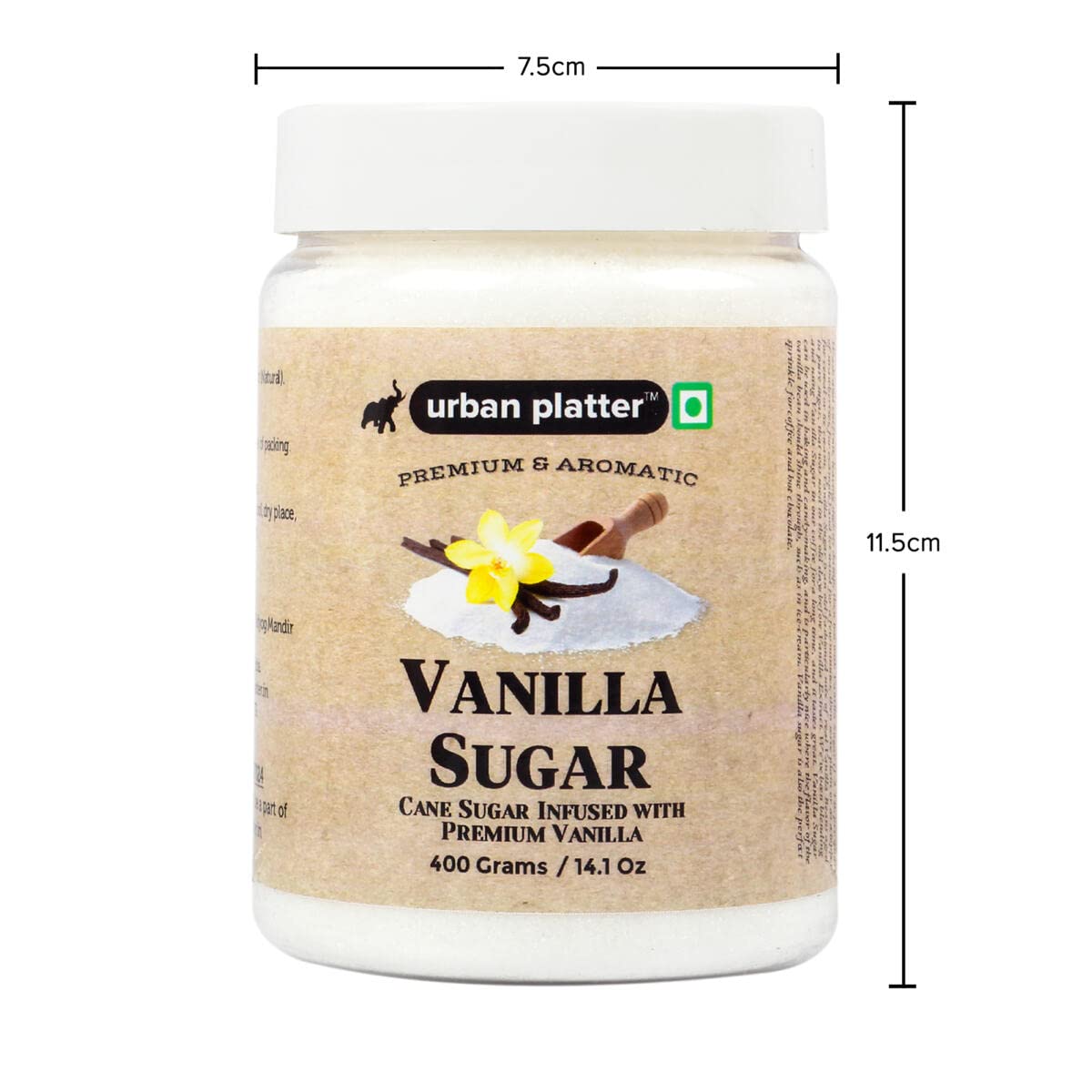 Vanilla sugar, which is available in granulated form and is similar to regular sugar, is another option. It’s nothing more than vanilla-flavored white sugar that’s been commercialized. Vanilla beans are visible in the sugar as fine, dark grains. In sweet desserts, 1-2 teaspoons of vanilla sugar provide the same flavor as one vanilla bean. As a result, you should reduce the sugar you use in the recipe. 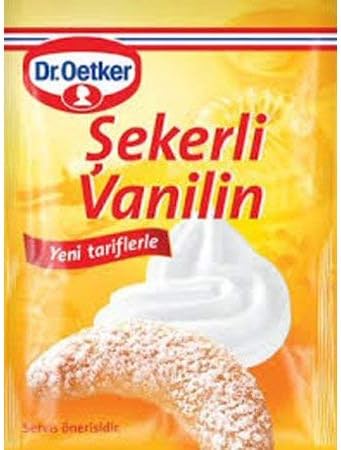 Are There Any Non-Vanilla Bean Substitutes?

There are a couple of good substitutes for vanilla flavor and aroma that aren’t vanilla. 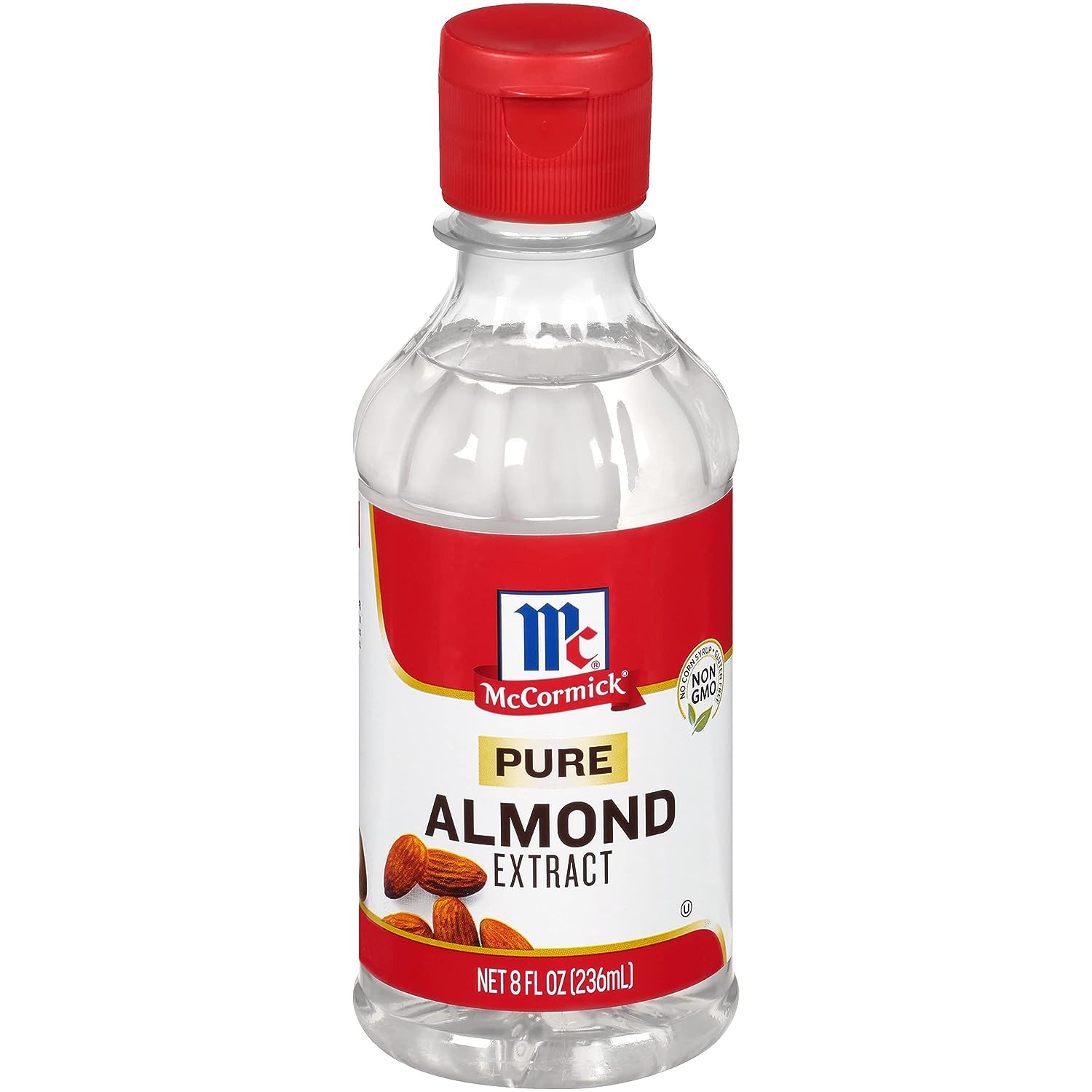 Almonds are one of the most widely used edible plants in cooking, so it’s no surprise that We can substitute them for vanilla fruit in your recipe.

Almond extract, in addition to maple syrup, contributes to the nutty flavor. This ingredient is a substitute for the extract rather than the beans themselves.

If you’re looking for a quick fix, almond extract can be a good option.

The amount of almond extract you use in your food will remain the same. 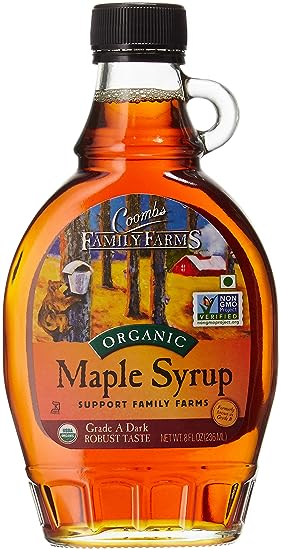 Maple syrup can be used as a vanilla fruit substitute in some cuisines. When you use maple syrup in a recipe, the most obvious similarity you’ll notice is the nutty flavor.

Furthermore, maple syrup’s stickiness will affect the consistency of the dish you’re preparing.

You must know how much maple syrup you will use, especially if the recipe calls for a large amount of vanilla fruit. 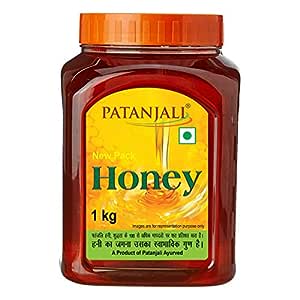 We can substitute honey for vanilla fruit during the baking food preparation stage. This ingredient will give your baking dish a floral flavor with a hint of sweetness.

Honey can also assist you in achieving the desired food texture.

A teaspoon of honey, in most cases, can be a great substitute for a vanilla bean. 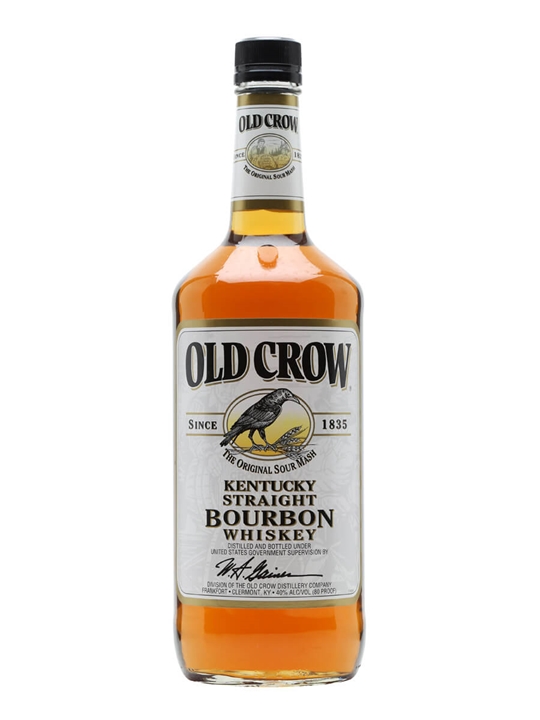 Surprisingly, We can use alcoholic beverages instead of vanilla fruit. If you don’t like the caramelly flavor of vanilla bean, these spirits will work well as a substitute.

Remember that you should only use these additives in food if you don’t mind drinking alcohol.

The recommended alcohol drink ratio to compensate for vanilla fruit is two teaspoons of spirits to 1 fruit.

What is the Best Way to Use Vanilla Beans?

To get the most out of vanilla fruits, you must first learn how to use them:

To begin, cut the vanilla pod into two parts along its length.

Removing the dark oily seeds We will use those substances to prepare your food.

When it comes to fruits, you’ll have two choices. One is consuming them and discarding the pod. The other option is to use the appropriate portion for your recipe and leave the remaining beans in the pod.

Every component of the vanilla fruit can be utilized, and the pod isn’t completely useless. For example, combine the shredded pod with sugar to make vanilla-flavored sugar. This mixture will add a nice flavor to your cup of coffee or tea whenever you want it.

If at all possible, use the vanilla seeds with warm dishes. Because of the high temperature, the vanilla flavor can effectively infuse into the food.

Use the oily vanilla seeds if you’re not making anything warm or hot. Nothing important is at stake.

Vanilla Beans in the Kitchen

Vanilla is made from the pods of the vanilla orchid, which comes in various species, including Mexican, Tahiti, and West Indian. The chemical vanillin is found in these pods, which contain very small (pinpoint!) black seeds. The floral flavor we know as vanilla is derived from vanillin. Surprisingly, Madagascar produces the majority of the world’s vanilla.

We refer to vanilla “beans” as the pods of a vanilla plant containing tiny seeds. A vanilla bean flavor is also available. It’s usually strong and vanilla-forward, with flecks of vanilla bean strewn throughout the white of an iced cookie or ice cream, for example. Vanilla bean is a versatile ingredient that can be used in various desserts, including semifreddo.

Here’s How to Prepare Vanilla Beans for Use in a Recipe:

Using a sharp paring knife, cut off the end of the vanilla bean pod and split it lengthwise down the middle. Scrape out the seeds gently from top to bottom. Fill the empty pod with your favorite spirit or use it to make your vanilla extract.

Vanilla Paste and Extract for Cooking

Vanilla extract is made by soaking cured vanilla pods in an alcohol/water solution. The alcohol aids in the extraction of flavor to the fullest extent possible. Pure vanilla extract has a longer shelf life as a result of it. According to the Food and Drug Administration, pure vanilla extract must contain at least 35% alcohol.

Vanilla extract is the most popular vanilla option because it’s the easiest to come by at your local supermarket. This is the vanilla used in cakes, cookies, and various other baked goods, all the way down to French toast riffs. However, vanilla extract, like vanilla beans, can be quite costly.

Vanilla paste is more convenient than vanilla beans, which require extra work to extract from the vanilla pod. Vanilla bean paste makes sense when vanilla is the main ingredient in a recipe (like vanilla cake) rather than just one of many (like sugar cookies).

Why do Vanilla Beans Cost so Much?

Vanilla beans are expensive because they are labor-intensive and time-consuming to grow, harvest, and process.

After growing the pods (which can take 3-5 years), they must be hand-picked and processed as soon as possible because they begin to deteriorate once picked.

Vanilla beans were dipped in boiling water immediately to stop their growth, then cured for 20 days.

During the curing process, they are dried in direct sunlight and then wrapped at night.

After that, they must be fermented for 4-6 months to develop that delicious vanilla flavor and aroma that we all love!

What Happens if I have Vanilla Beans?

Look for plump, dark-skinned pods with smooth, pliable skin if you’re lucky enough to have vanilla beans on hand.

Simply rubbing your finger against the pod should release some of the pod’s oils, allowing you to immediately smell the rich vanilla scent.

Wrapping vanilla beans in plastic and storing them in an airtight container will extend their shelf life and prevent the pods from drying out.

We can keep fresh vanilla beans in the refrigerator for up to 6 months, but they do not freeze well.

What is Vanilla Powder, and How does it Work?

Vanilla powder is made from ground vanilla beans. Although this powder is frequently mixed with sugar, the best kind is not. Vanilla powder, like vanilla paste, has a strong aroma; we can substitute it for extract. Dusting hot-from-the-oven cookies and sprinkling on freshly made doughnuts and cakes are just a few examples of where We can use it instead of extract.

Suppose you have a recipe highlighting the floral flavor of vanilla, such as puddings or custards. In that case, you can use vanilla-based substitutes like vanilla extract and vanilla sugar instead of vanilla beans. Make the most of your cooking by using the vanilla mentioned above bean substitutes. The extract is less expensive and easier to use than whole vanilla beans. You can also make your vanilla extract at home and use it all year.