Everyone loves how cornstarch helps us create a thick creamy soup or coat meats and vegetables for deep frying. But ingredients like cornstarch and cornflour aren’t suitable for a keto diet. Though this may seem like you’ll be missing out, it’s far from it, as you’ll still find ideal keto-friendly substitutes, among which are popular healthy replacements like xanthan gum and glucomannan powder. And these work in a wide selection of recipes ranging from sauces to soups, gravy, and deep fry. 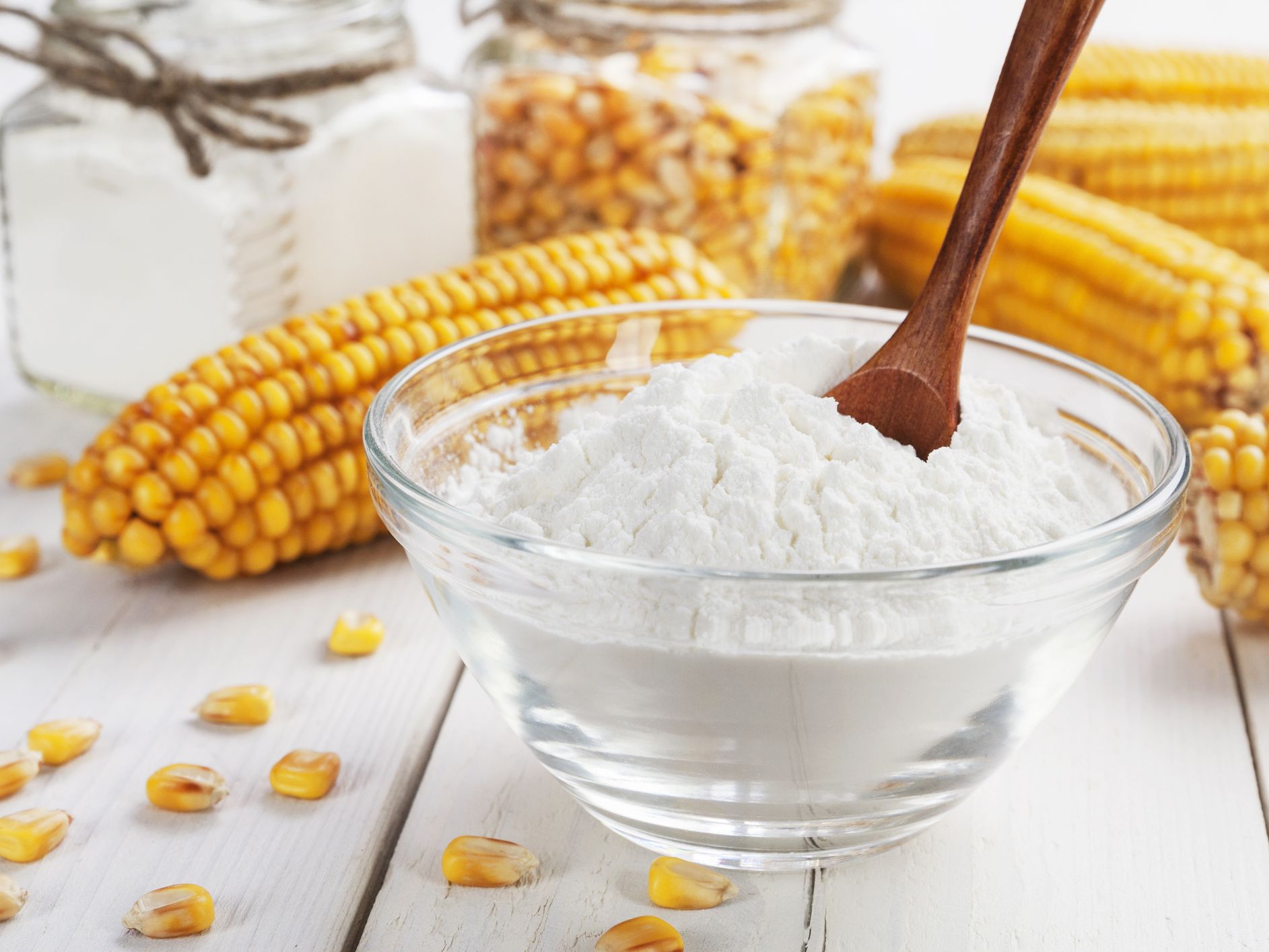 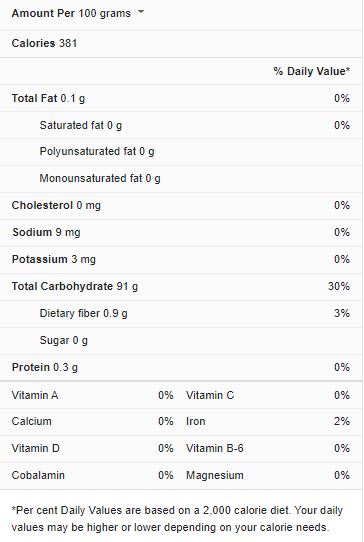 Cornstarch is derived from the starchy parts of corn kernels and is a white powder with a smooth texture. It works as a thickener in various recipes by giving it body and volume. It’s also used for desserts like yogurt and even in cheese for the same reasons. And in deep frying recipes, it’s coated unto foods before frying to give it a crisp, crunchy texture.

Cornstarch is so versatile; it shows up in a lot of cooking and baking recipes. It features a wide range of dishes around the world, some of which include;

For an ingredient to be keto-friendly means, it must have a low carb count. But cornstarch isn’t only high in carbs but also contains lesser proteins, fats, and fiber. To summarize, 1 ounce of cornstarch contains about 106 calories, out of which more than 25g are carbs. Such nutritional statistics are highly unsuitable for keto diets, especially compared to the fiber and protein contents, amounting to about 1g each. And what’s worse, cornstarch doesn’t in any way contribute any vitamins or minerals to diet at all.

Since we’ve ruled out cornstarch from keto diets, the next step is to select other ingredients that can conveniently do the same duties it does in recipes. What’s more, these substitutes are all keto-friendly, and most of them are almost as flexible as cornstarch in both cooking and baking. 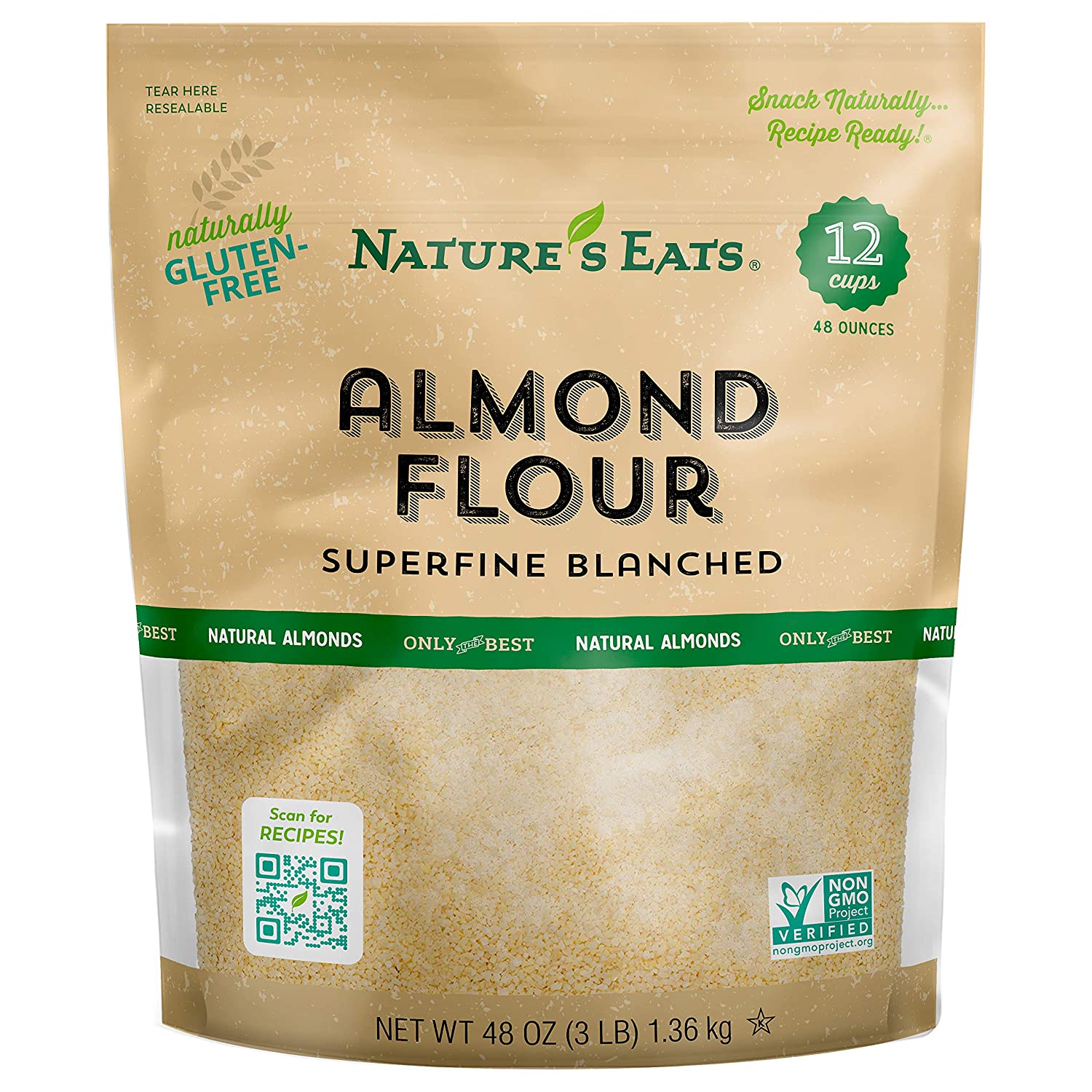 Almond flour is made from dried and grounded almond nuts. And it surpasses cornstarch in so many ways, and considering the need for a pro-keto ingredient, it’s a perfect substitute. It’s richer in nutrients, containing vitamin E, magnesium, iron, potassium, calcium, and even manganese. It’s also high in calories but still low in carbs, making it perfect for keto diets. It’s great for thickening gravy, sauces, soups, stews, and baking recipes. 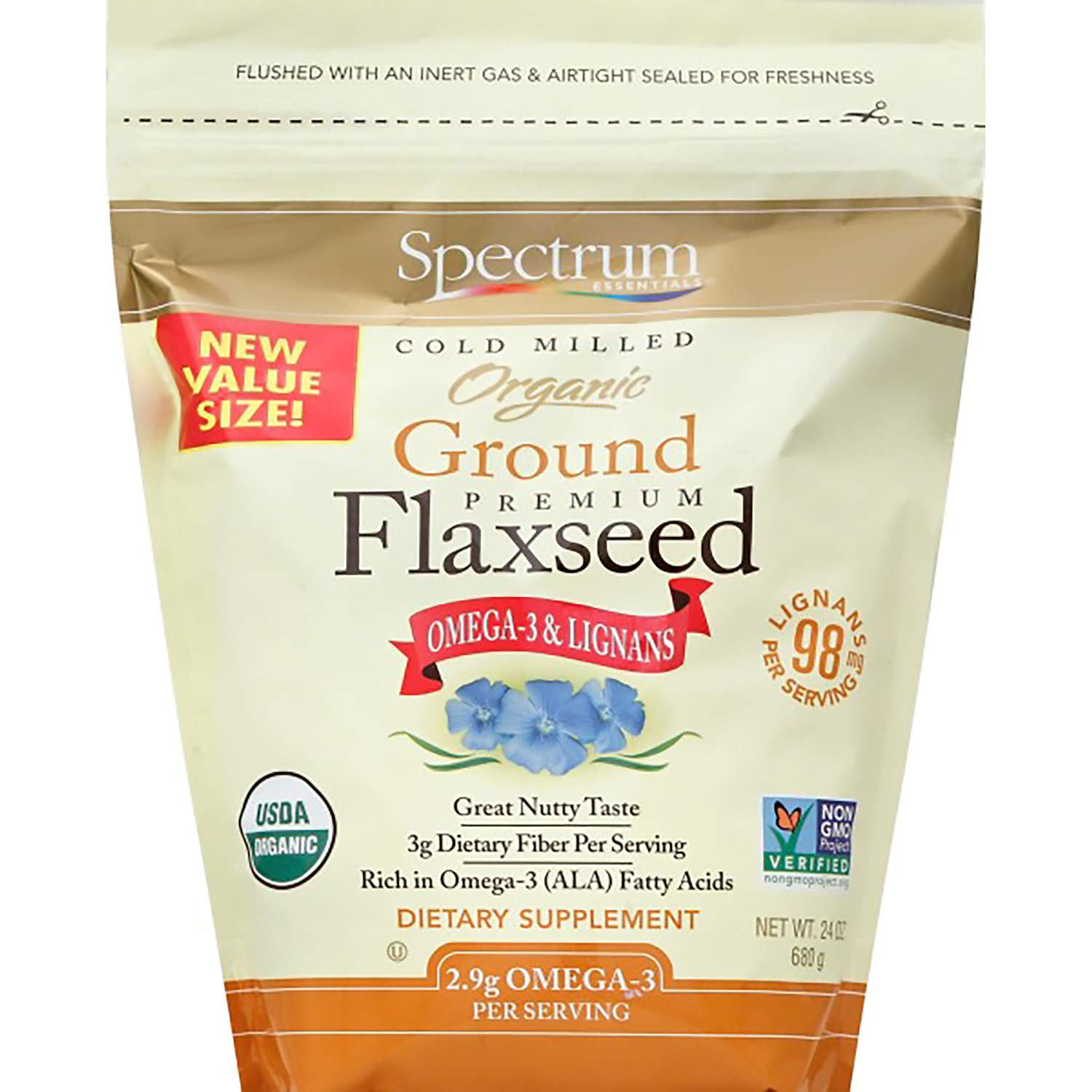 Also known as linseed, these are gotten from the Linum usitatissimum plant. They come in two color varieties; brown and golden-yellow. When mixed with water, flaxseeds can form a thick jelly that works perfectly as a thickener. The glue-like consistency of the jelly also allows it to bind ingredients together in a mix, making them a great substitute in baking. They’re a significant source of omega-3 fatty acids and antioxidants and carry loads of calories with minimal carbs. But to use, they must first be grounded.

Glucomannan powder is one of the most popular thickener alternatives used by those on a keto diet in place of cornstarch. It’s derived from the roots of the konjac plant and is made up of fibers that can easily absorb water and expand. It’s low in carbs, and is also prebiotic, and helps with many gastrointestinal problems. It’s also tasteless, so you never have to worry about it influencing the dish’s flavor. Glucomannan powder is perfect for liquid recipes like stews, soups, broth, and sauces. But it would be best if you first whisked the powder in cold water before pouring it into hot liquids; otherwise, you’ll end up with lumps. 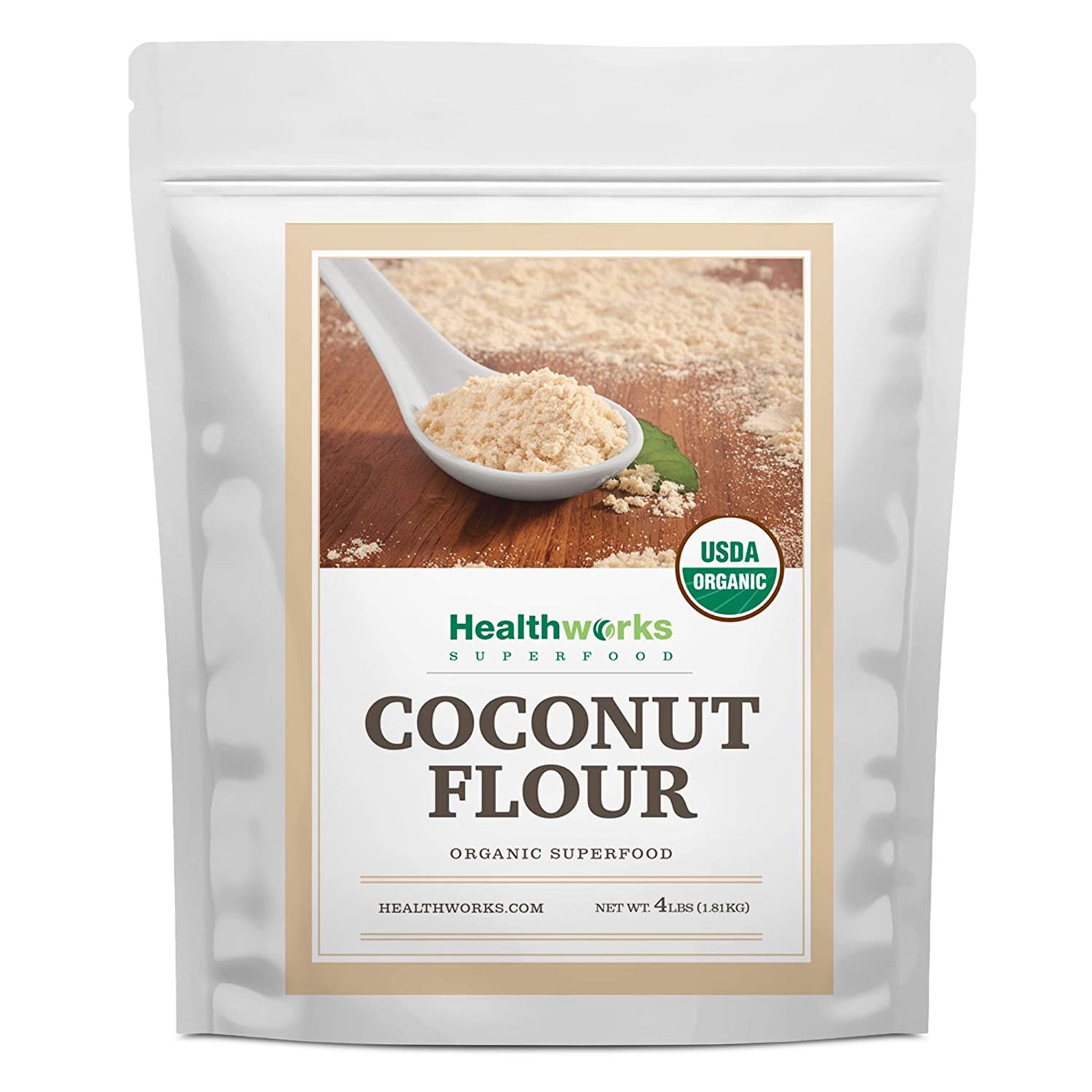 Coconut flour is surprisingly ideal for keto diets due to its low carb content and almost 60% fat. And it’s made directly from dried and grounded coconut flesh, without any artificial processing, so every nutrient from the fruit is retained in the flour. It works as an ideal substitute for cornstarch, as its high fiber content also has high absorption capacity. And when used, you’ll notice a slightly sweet coconut taste in the recipe. Coconut flour can be used by mixing with water to create a slurry, which you can then add to soups, stews, gravy, and other sauces. 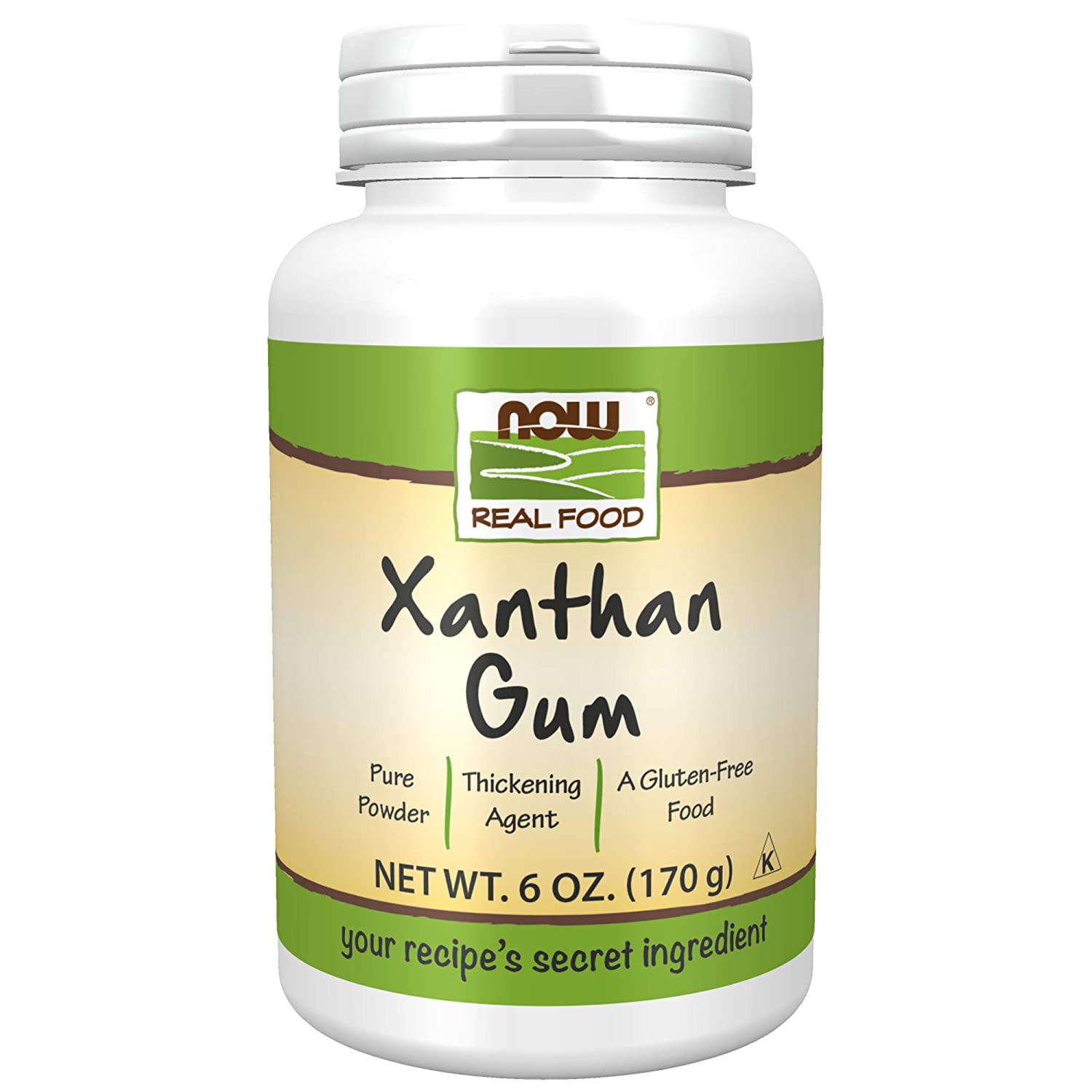 This powder is perhaps the most commonly used substitute for cornstarch in keto diets. It’s just as versatile, doesn’t add any taste, and can be gotten just as quickly. When added to liquid recipes, it creates a creamy texture that’s similar to what cornstarch does. And it works not just as a thickener but also as a binder, emulsifier, and stabilizer in various recipes. Xanthan gum blends well in soups, sauces, smoothies, and even custards. And for every 3 cups of liquid, one teaspoon of xanthan gum is enough to replace cornstarch.

How can I thicken the sauce without flour or cornstarch?

Egg yolks can make a creamy sauce thicker, and they also work for dressings and salads. And because they’re rich in protein but low in carbs, they’re great for a keto diet.

What can I use instead of cornstarch on keto?

Apart from the substitutes mentioned above, you can also use chia seeds, psyllium husks, and guar gum. Agar-agar is also an ideal keto-friendly replacement for cornstarch, as also is cauliflower.

Is xanthan gum natural or artificial?

Xanthan gum is a natural ingredient made from sugar. The sugar could be extracted from soy, dairy, wheat, or even corn, among other sources. And though it’s a recommended keto-friendly ingredient, those with allergies need to check the label to know where the sugar is gotten.

Knowing that cornstarch isn’t s keto-friendly food ingredient, you need to find others to replace it in your diet. And any of these substitutes can do that, with some being even more flexible than others. Whichever you choose, you’ll still be able to add thickness and richness to your dishes.