With a can of crushed tomatoes, you can prepare almost anything in the kitchen. Crushed tomatoes add depth, volume, and presence to so many recipes that we never imagine a time where we can’t use them. But such times come, and we’re caught in dire need of a substitute. Or perhaps our curiosity prompts us to try something new by switching ingredients called for in the recipe. 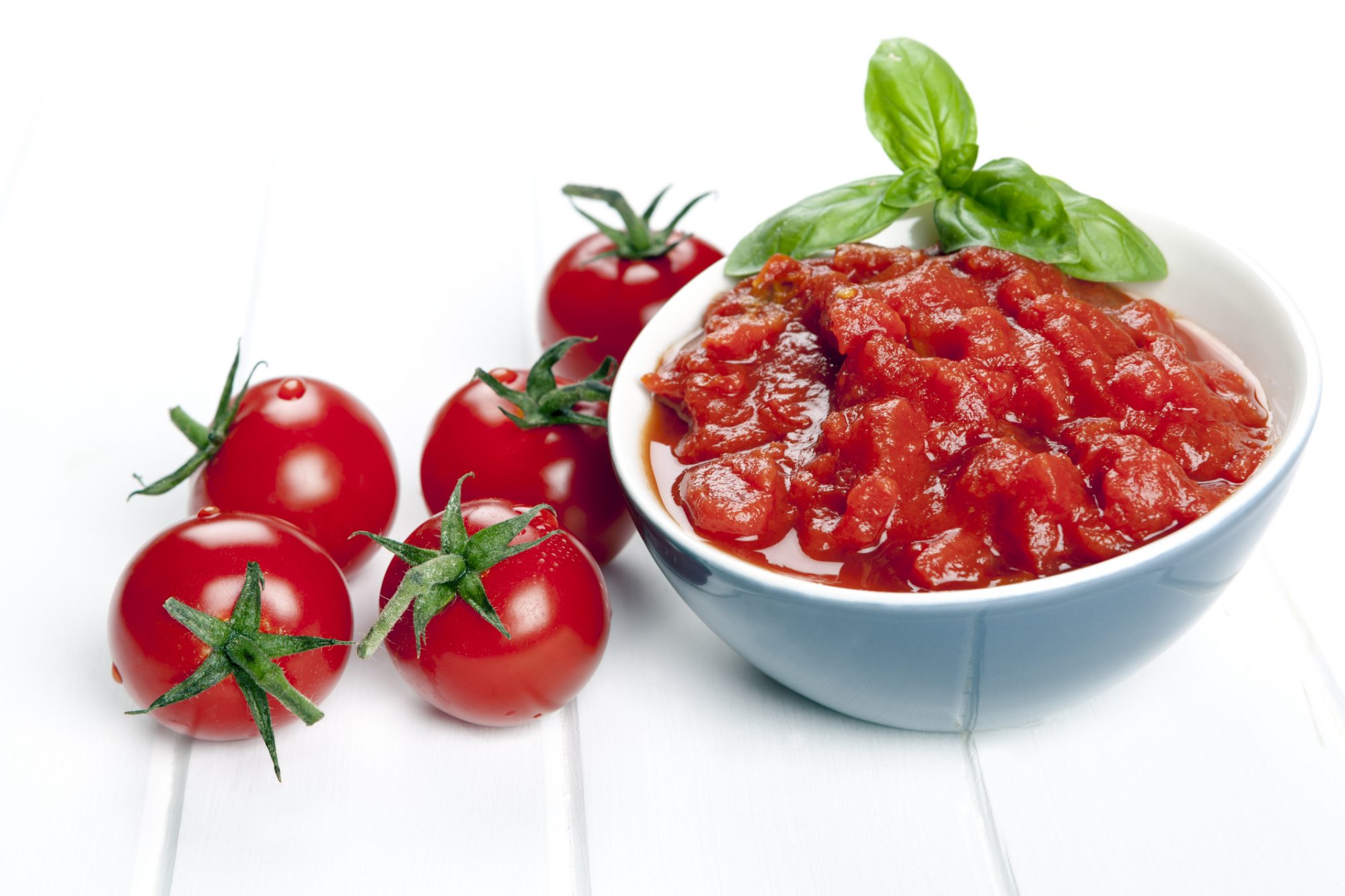 By default, all tomato products should perfectly substitute crushed tomatoes– tomato puree, tomato sauce, tomato paste, and even diced tomatoes. But it’s not that simple because crushed tomatoes are specially prepared, which is why their texture and taste are unique. Regardless, you can still whip up an easy alternative for crushed that’ll go just as well in any dish. And if they seem like too much work, other substitutes are also available for you to use in recipes like chili and even pizza.

What are Crushed Tomatoes?

Of course, the name implies that crushed tomatoes are fresh tomatoes that have been squashed. But it’s much more than that, as different factors make crushed tomatoes distinct. First, it’s made from Roma tomatoes, which are renowned for their juiciness. The tomatoes are first peeled, and the seeds are removed. Then they’re crushed (you guessed it), cooked for a bit, and mixed with tomato puree. The last ingredient gives the mixture fullness and balances the coarseness with its smooth texture. A bit of salt may also be added to the crushed tomatoes mixture.

Crushed tomatoes are a perfect blend of smooth puree and coarsely squashed tomatoes, and this makes them an appealing addition to loads of recipes. They work in both cooked and raw dishes and can also be added to dips and spicy toppings. They also go well with meat, fish, vegetables, and even eggs. And they’re the perfect ingredient to add to tomato-based recipes, except those that specifically call for sliced tomatoes. A few examples of exciting recipes that flourish with the presence of crushed tomatoes include;

It’s normal to run out of ingredients at the oddest of times, which can happen with crushed tomato cans. But before you give up on that red tomato sauce recipe, note that there are some fantastic substitutes you can try. Each one will work almost as well as crushed tomatoes in your recipe. And the best part is you can easily find them around your kitchen and may not even have to rush to the grocery store after all.

Whichever you choose, dice into smaller bits and squash then. You can do this with a small mortar or with a potato masher directly in the pot. You can also use a blender; don’t grind to smoothness or turns it into a sauce. Once the tomatoes have been crushed, set the stove to medium heat and bring the tomatoes to boil. Cook until the tomatoes are slightly soft, or leave it for 5 mins to be sure. Then, set the pot down to cool, bring a clean jar, and fill it up with your homemade crushed tomatoes to be stored for future use. 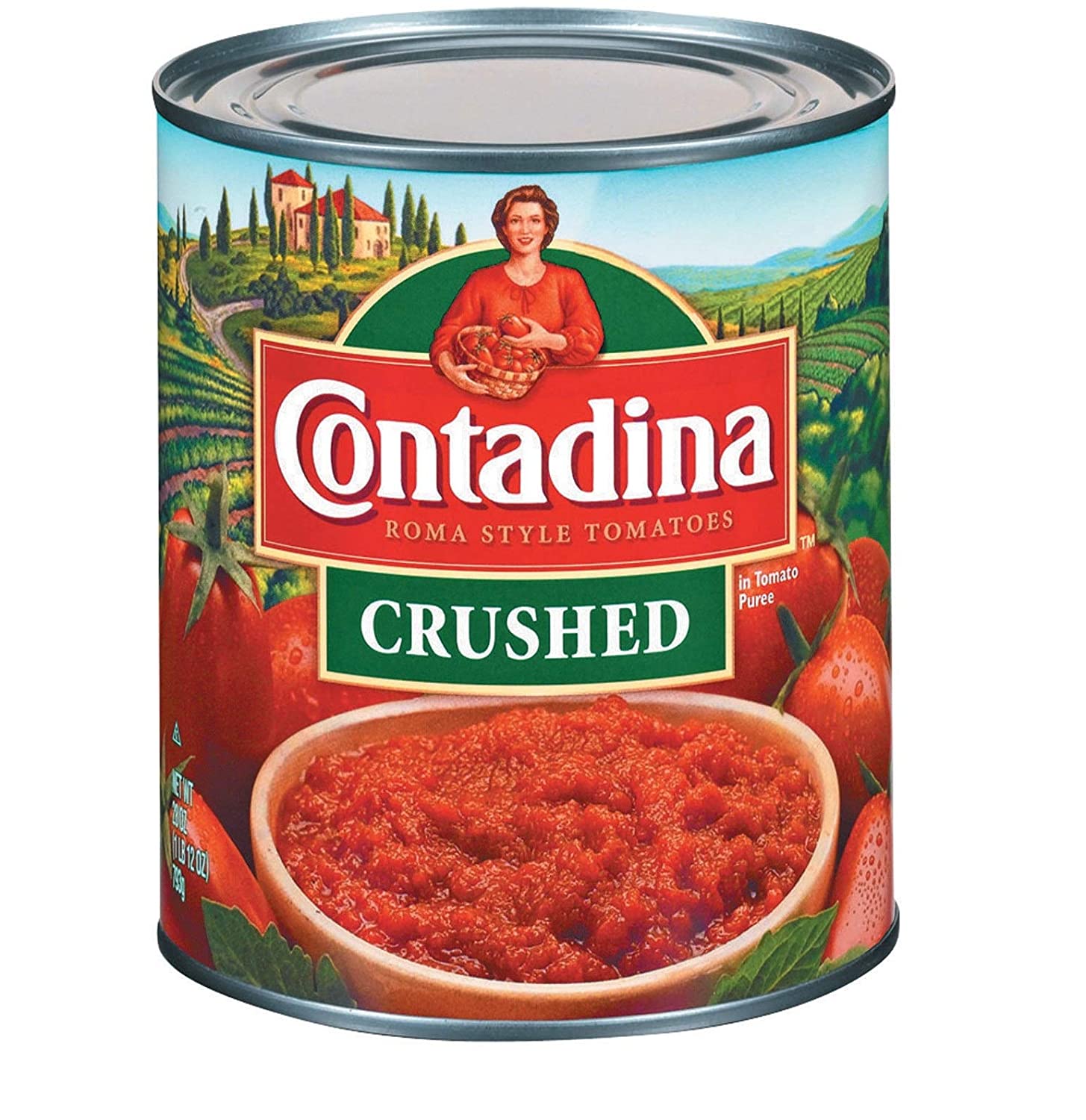 Some homemade crushed tomatoes recipes suggest that you add a bit of salt to the mixture before storing. The salt is said to help preserve the shelf life of the crushed tomatoes. You can choose to do this, or you can keep it without adding salt at all. And when you add some tomato paste to the mixture, its consistency is close to the real thing. 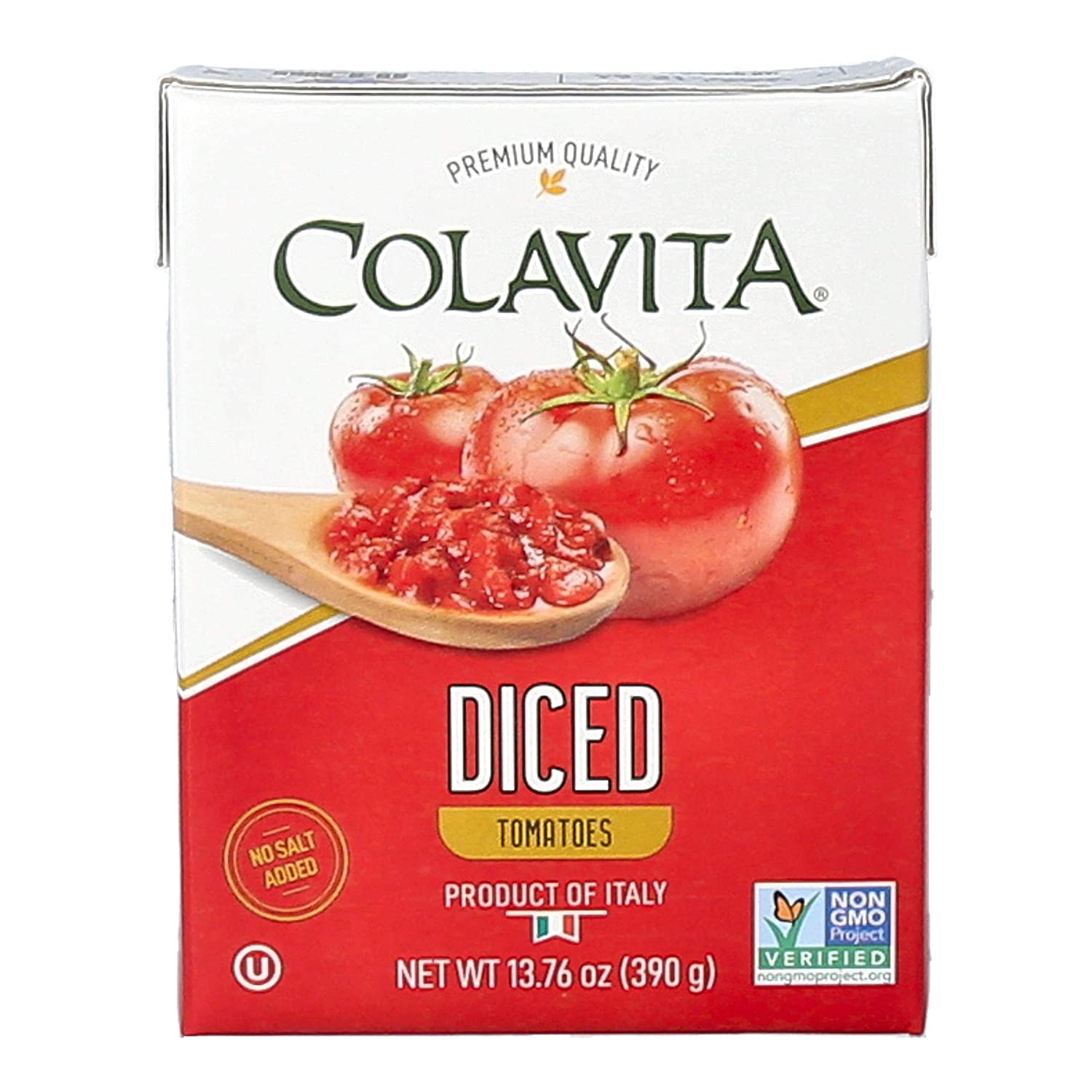 If you’ve got cans of diced tomatoes, you can also use those to replace crushed tomatoes in your recipe. Dice tomatoes may be prepared by boiling or roasting, depending on the brand, and each preparation type influences the taste of the product. But it still qualifies as an excellent substitute for crushed tomatoes in most recipes, though you’ll have to adjust it to fit. And you can do this by either mashing it in a mortar and pestle till it’s coarsely ground or blend slightly in a food processor. Adding tomato paste to the mix also helps to thicken it. 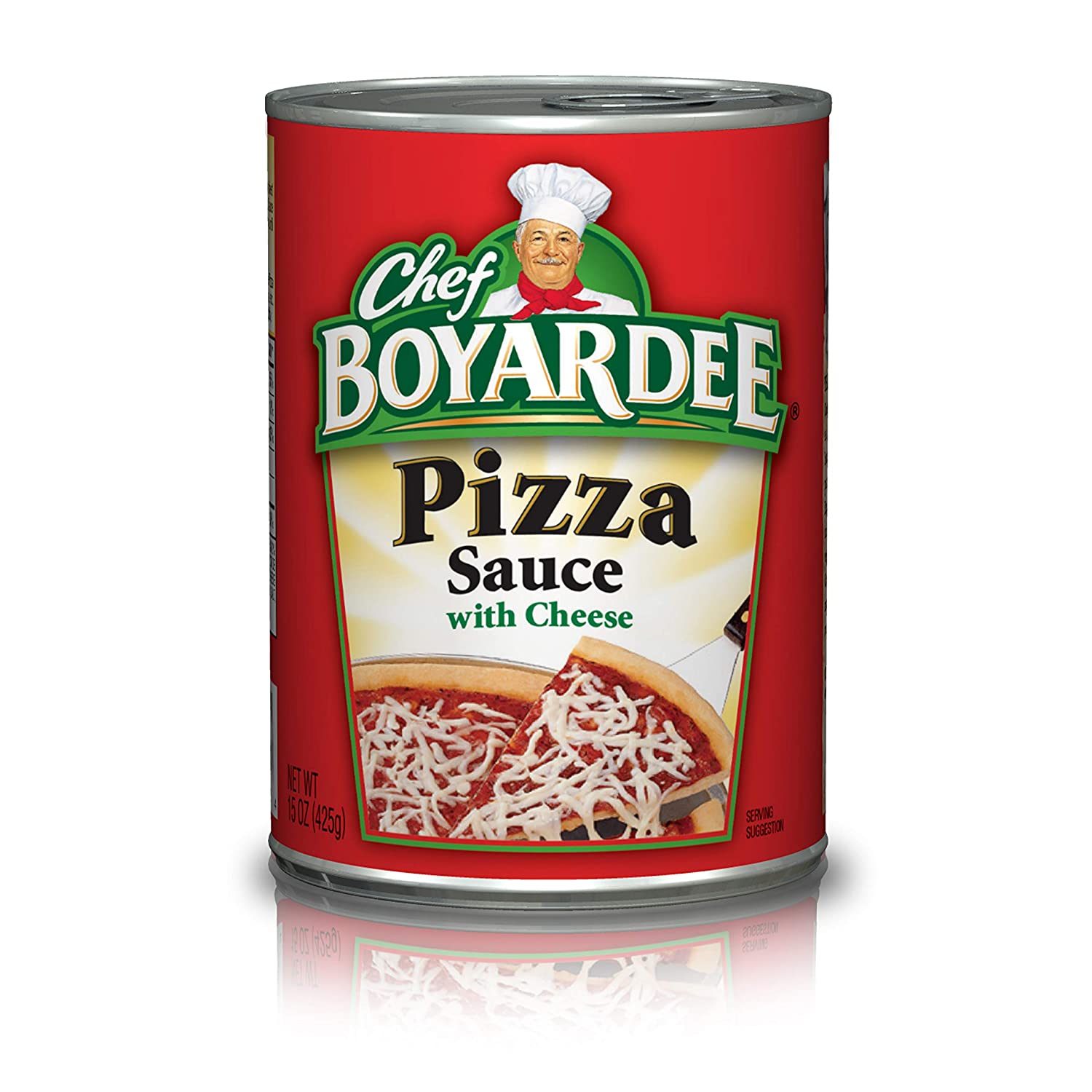 Crushed tomatoes make an excellent addition to toppings and pasta. So, if you ever run out of it and need a quick replacement for these, use pizza or spaghetti sauce. Both are tomato-based products and usually come pre-seasoned, so you have less to do in those areas. But it would help if you took notice of how seasoned they are and adjust accordingly. You can also mix it with a bit of tomato puree, especially if you’re using it for recipes that need the thickness of crushed tomatoes. Pizza and spaghetti sauce are a convenient quick-fix substitute for lasagne, stews, beans on toast, marinades, meatballs, and even burrito toppings. 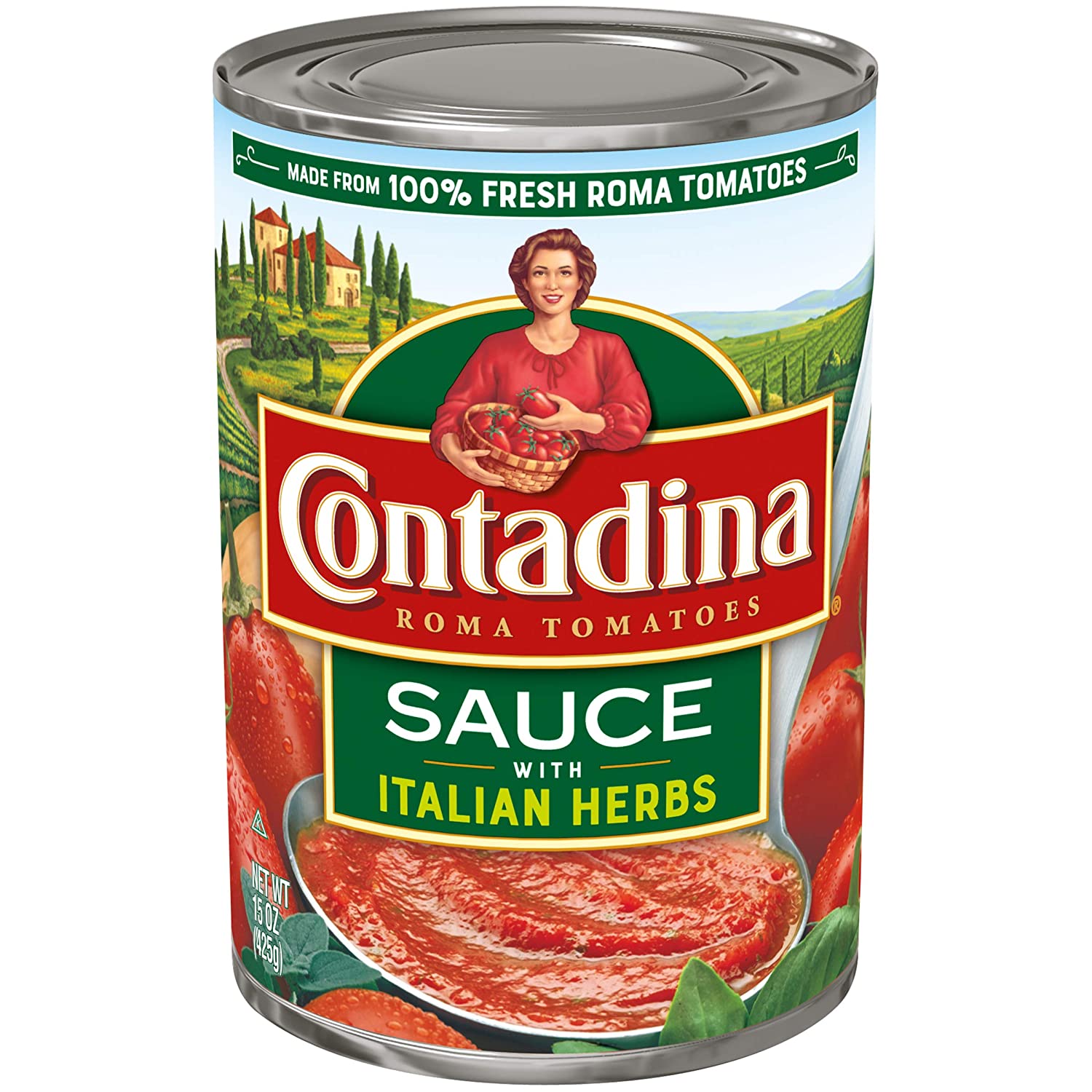 Suppose your recipe wouldn’t mind the extra liquid tomato sauce substitutes for crushed tomatoes. Tomato sauce is runny and doesn’t contain these different chunks you’d expect from crushed tomatoes, but it still works. After all, it’s made from fresh tomatoes, so you’ll get the same flavor. But if you want it to be closer to the thickness of crushed tomatoes, add some tomato paste to the mix and stir in thoroughly. It may not be a perfect substitute, but it’s a handy one and works in stews, sauces, tacos, cassoulets, chili, and lasagne. 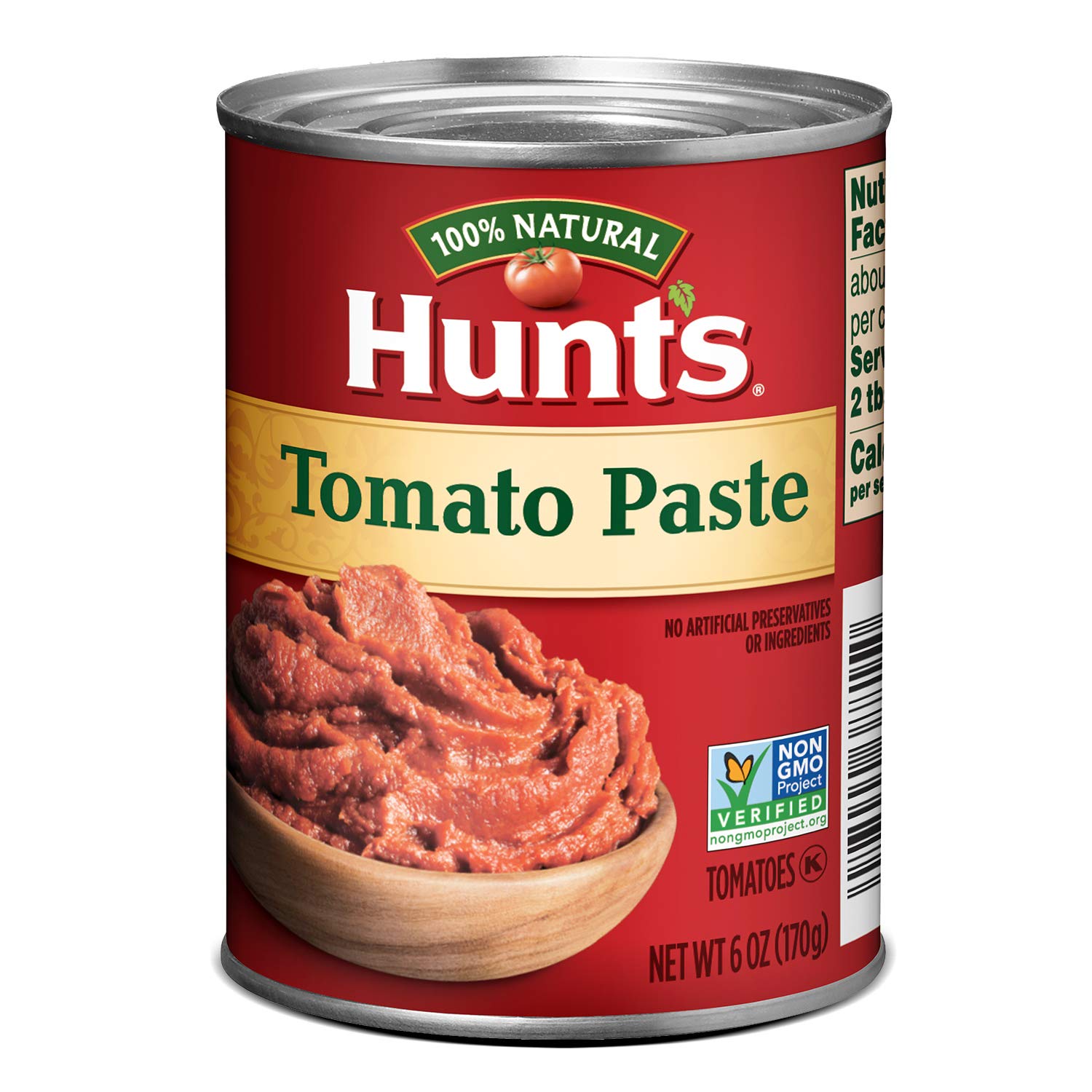 Are ground tomatoes the same as crushed tomatoes?

The appearance of crushed tomatoes is a mixture of chunky and puree. It’s pourable but thicker than the average tomato sauce and contained bits of tomatoes mixed with sauce.

Can I freeze crushed tomatoes?

Yes, you can freeze crushed tomatoes, whether it’s an opened store-bought can or a homemade jar. And it would keep under freezing conditions for up to six months. But in the fridge, crushed tomatoes must be used within a week.

If you ever run out of crushed tomatoes, use any of these substitutes in its place. They’re all tomato-based products, and some may also include seasonings in their mixture. But once you’ve mastered how to adjust them in your cooking, you’d be glad you know such alternatives to crushed tomatoes existed.