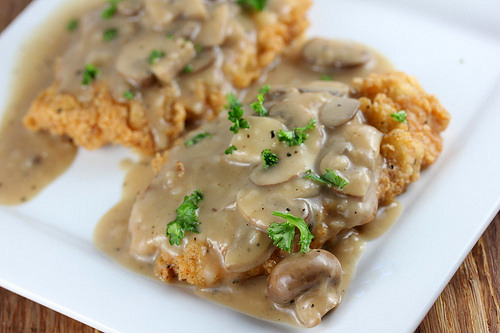 I always enjoy a delicious recipe for pork chops with gravy. This recipe consists of breaded, fried pork chops that are topped with mushroom gravy. The pork chops are dipped in egg and then rolled in a seasoned flour mixture and then fried in the pan. I deiced to double bread the pork chops. The mushroom gravy is prepared in the same skillet and uses ingredients such as chicken broth and milk. I like to use boneless pork chops that are thin cut for this recipe. You can also use boneless skinless chicken breasts instead of pork if you would prefer. If you are using chicken breasts you will want to make sure the internal temperature has reached 165 degrees F. when they are finished cooking. You can serve this recipe with mashed potatoes. Enjoy. 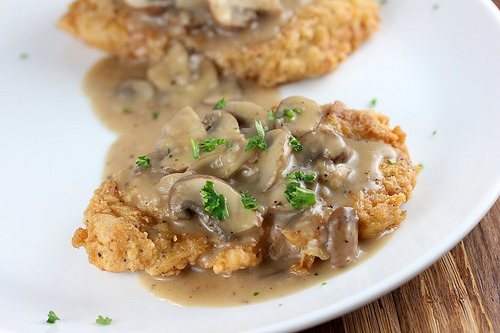