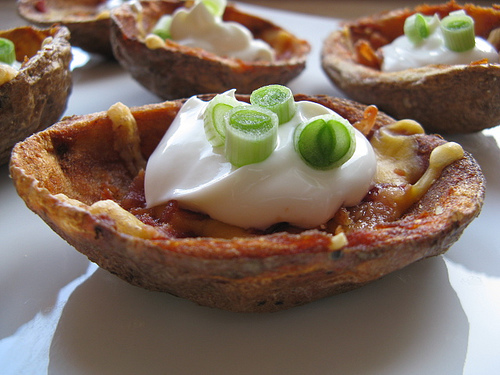 What could possibly be a better snack than potato skins? If you are not familiar with potato skins- potato skins are the skin of a potato deep fried or baked and filled with an assortment of different ingredients. Potato skins make the perfect snack for any party. The cooking process is simple, the potatoes are first baked, cut in half and then the potato is almost all scooped out until just a thin layer of potato and the skin remains. After that, the skins are brushed with numerous seasonings and then deep fried or baked until crispy. The skins are then filled with cheese and bacon and topped with sour cream and green onions. I know sounds delicious, right? Well, believe me, it is. To cook the whole potatoes you can either bake them or cook them in the microwave. I personally prefer the microwave because it’s a lot faster. To cook the skins you can either deep fry them or bake them. This recipe calls for a combination of deep frying and baking. I find that they come out a little better in the deep fryer but I don’t think you will notice much of a difference in the oven. Enjoy. 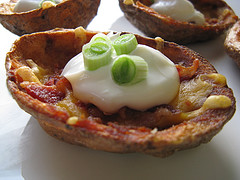 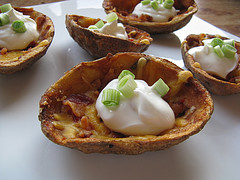 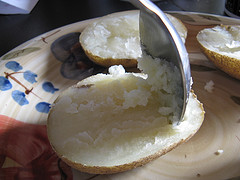 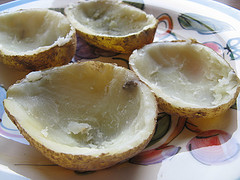 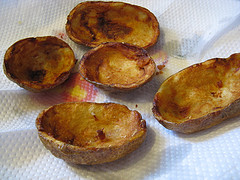 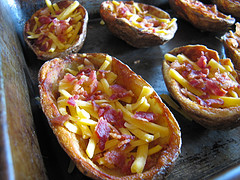