In many parts of the world, you can’t make a lineup of unique herbs without mentioning the bay leaf. This exotic flavor enhancer is a popular addition to numerous recipes and dishes. And it calls for a unique style of use, which sets it apart from most other herbs. Though these factors may make find substitutes for bay leaves seem difficult, the truth is there are good ones available, should such need arise. 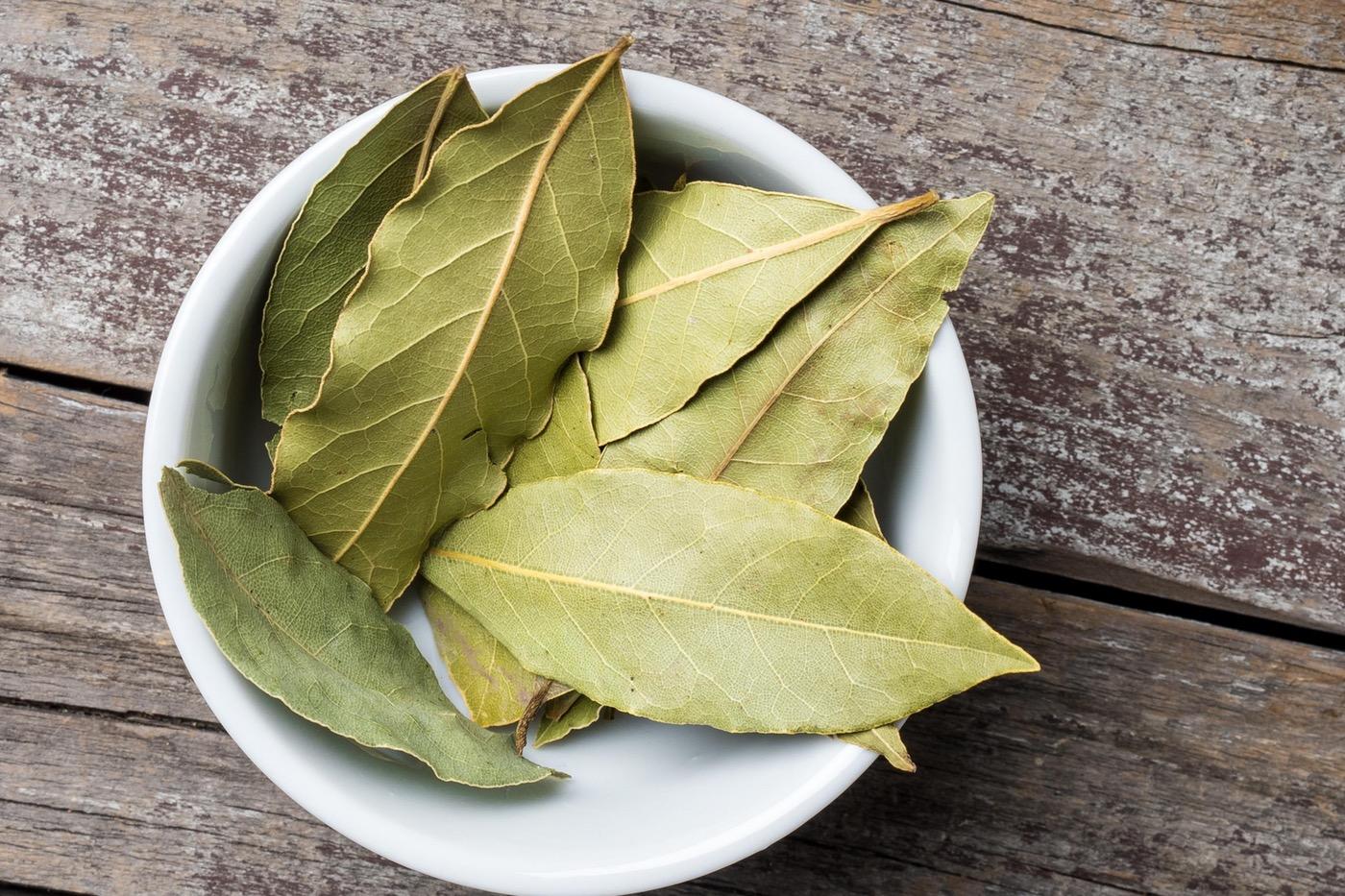 What is Bay Leaf?

When most people refer to the bay leaf, they’re talking about the leaf from the bay laurel tree. The laurel family of trees is known for the floral aroma of their leaves and is native to the Mediterranean region. Bay leaves common different varieties ranging from Turkish to Californian, Indian and Indonesian. And among these, the Turkish bay leaf is the most widely used due to its mild flavor. Generally, bay leaves are used in dried forms. This is mainly because when fresh, the leaves have a pungent odor and taste, but when dry, it changes to a sweet-savory combo with a complimentary floral aroma. 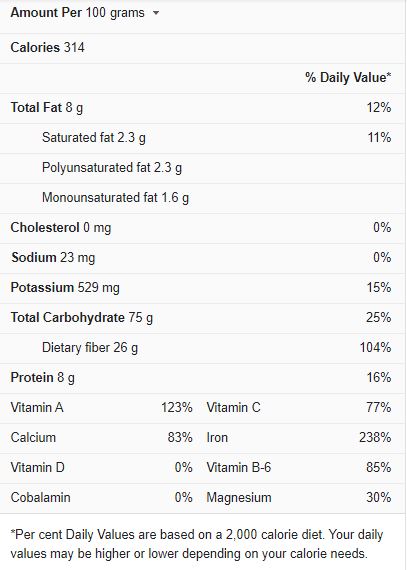 Bay leaves are mainly used as flavor enhancers. The balanced flavor of the leaf is renowned for adding extra flavor to different recipes. Bay leaves are usually used for dishes that require longer cooking time, as this allows the aroma and flavor to be released more. And unlike most herbs used in cooking, the leaf is never served with the dish but removed beforehand. This is because though the leaves release an interesting flavor and aroma to the recipe, its taste is rather bitter, with a tough texture.

Bay leaves may also be available in whole or crushed forms. The latter distributes more flavor in the recipe, and as such, must be used sparingly. But regardless of whether they’re used whole or crushed, bay leaves must be taken out of the recipe before serving. This is why most chefs, for the sake of easier removal, prefer to use whole bay leaves instead.

Because bay leaves are of different varieties, they can be found in many regions around the world. And its ability to balance savory flavors in dishes makes it a widely used enhancer in numerous cuisines. You’ll find bay leaves in a vast array of Indian, European, French, American, Thai, Malaysian, and even Chinese recipes among others. A few of its uses in popular recipes are listed below;

Though many people find it hard to replace bay leaf in recipes, these substitutes are good options to consider. Their flavor and aroma profiles are almost as close, and most come with the added advantage of being consumable, compared to bay leaf. Plus, they’re also handy in tight situations, as most of them may already be sitting in your spice rack at the moment. 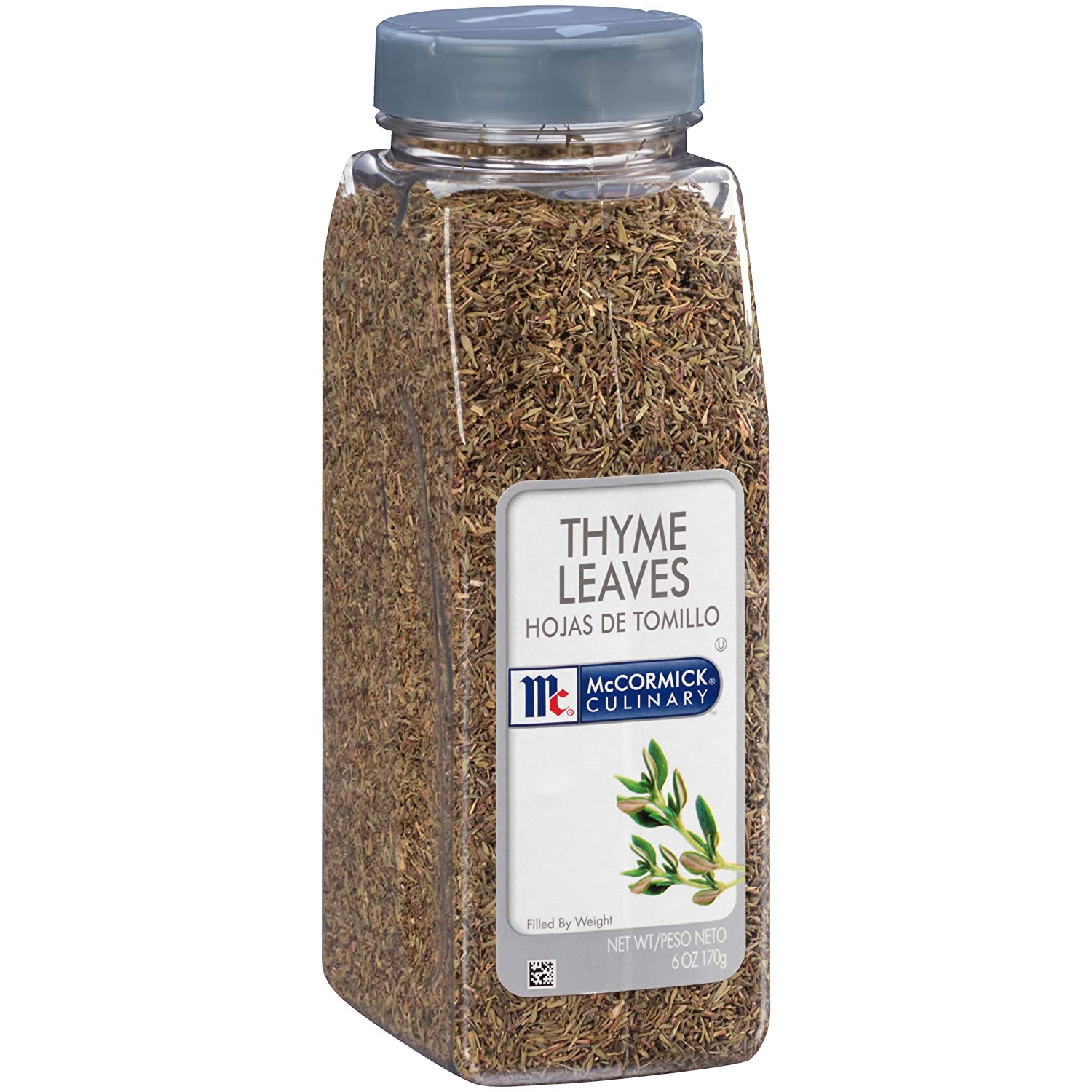 Perhaps one of the most popular aromatic herbs in the gourmet community, dried thyme is an excellent substitute for bay leaf in virtually every recipe. It’s flexible, very affordable, and easy to use. And, unlike bay leaf, you don’t have to take it out. Plus, it’s very beneficial to health as it’s packed with antimicrobial, antifungal, and anti-inflammatory properties as well. 1/4 teaspoon of dried thyme is enough to substitute for one bay leaf in any recipe. And if it calls for crushed bay leaves, substitute in equal quantities as required. 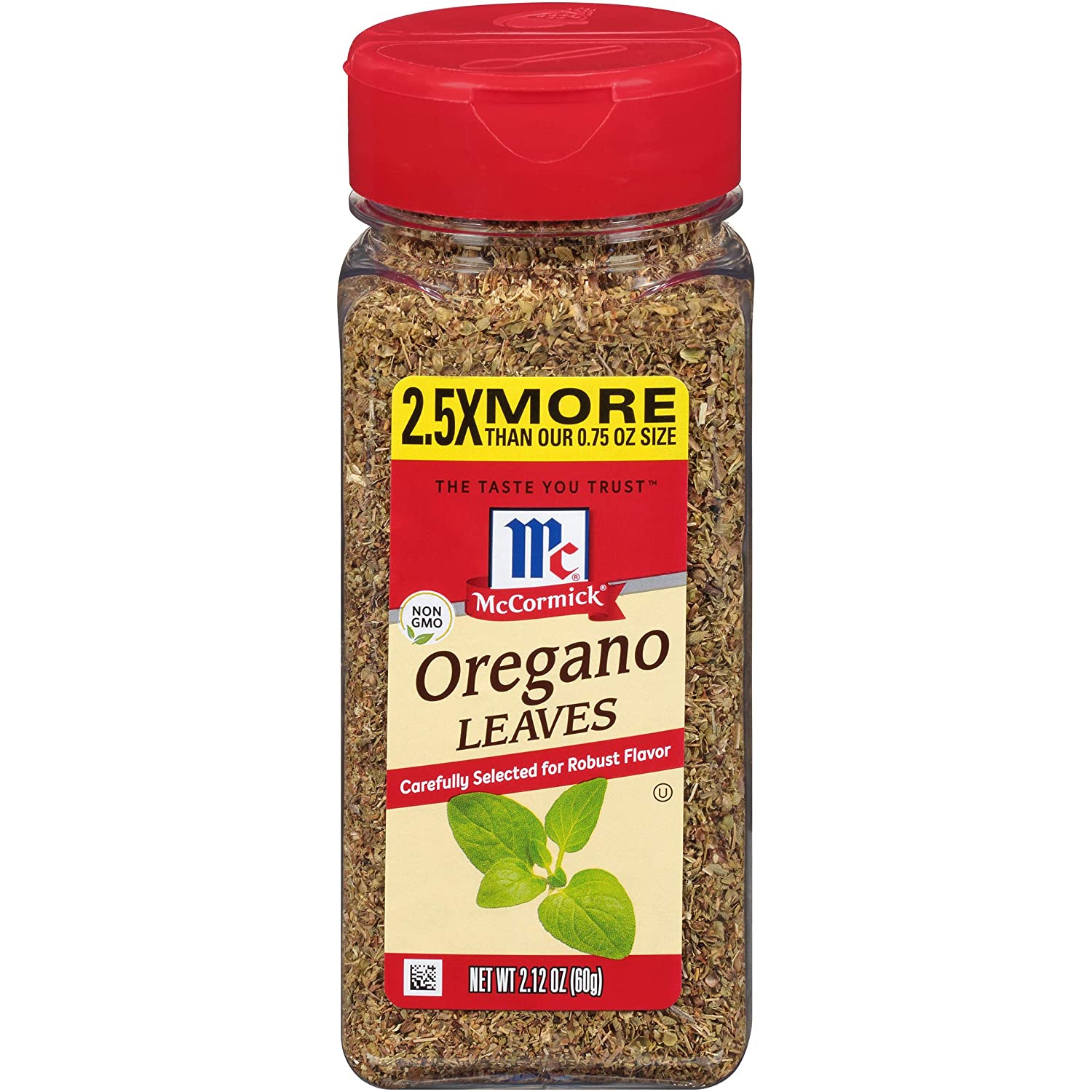 Another popular herb that’s loved by many foodies around the world, oregano shares similar aromatic and flavor properties as bay leaf. And like thyme, it can be eaten as well, so no worries about needing to remove it after cooking. Oregano is slightly more pungent than bay leaf, and has a lighter peppery or minty note, especially when dried. But oregano works best as a substitute for bay leaf in tomato-based dishes like stews and sauces, as well as in meat recipes. In such situations, equal quantities can be substituted if the recipe calls for crushed bay leaves or 1/4 teaspoon in place of 1 bay leaf. 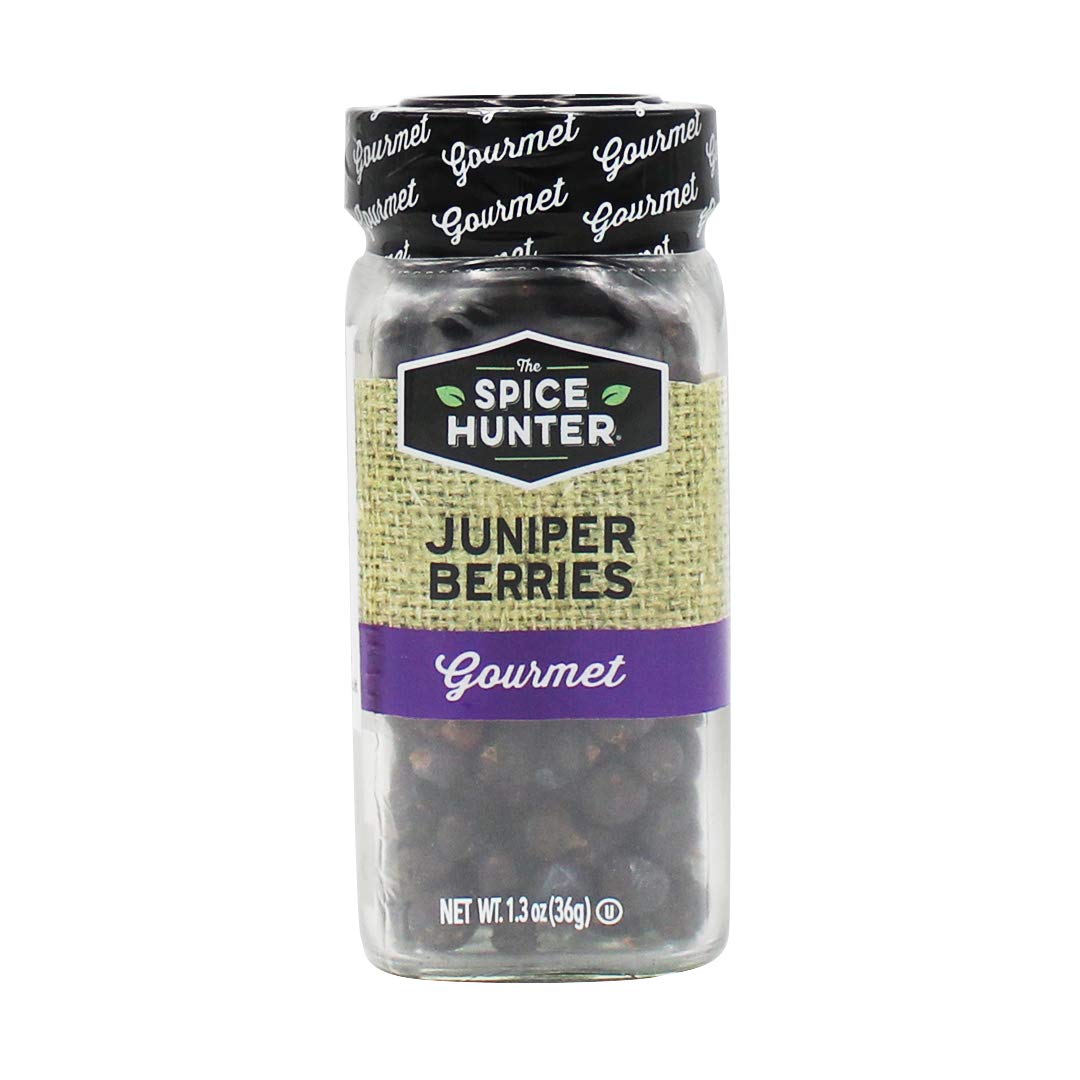 Because of their notes of pine, much may think juniper berries won’t work as good substitutes for bay leaf, but they do. Juniper berries are great for game bird recipes like duck, and other white meat with a tough exterior. Note that juniper berries have a strong flavor, so moderation must be practiced when using them as a substitute for bay leaf. Still, they produce the same earthy flavor, and intense aroma dough after in the leaf. And you can use them chopped, crushed, fresh, dried, or even grounded. For 1 bay leaf or 1/4 teaspoon crushed bay leaves, 2 to 3 juniper berries are enough to substitute. But note that you can only use juniper berries for recipes you don’t intend to serve children or pregnant women, as it’s not suitable for them! 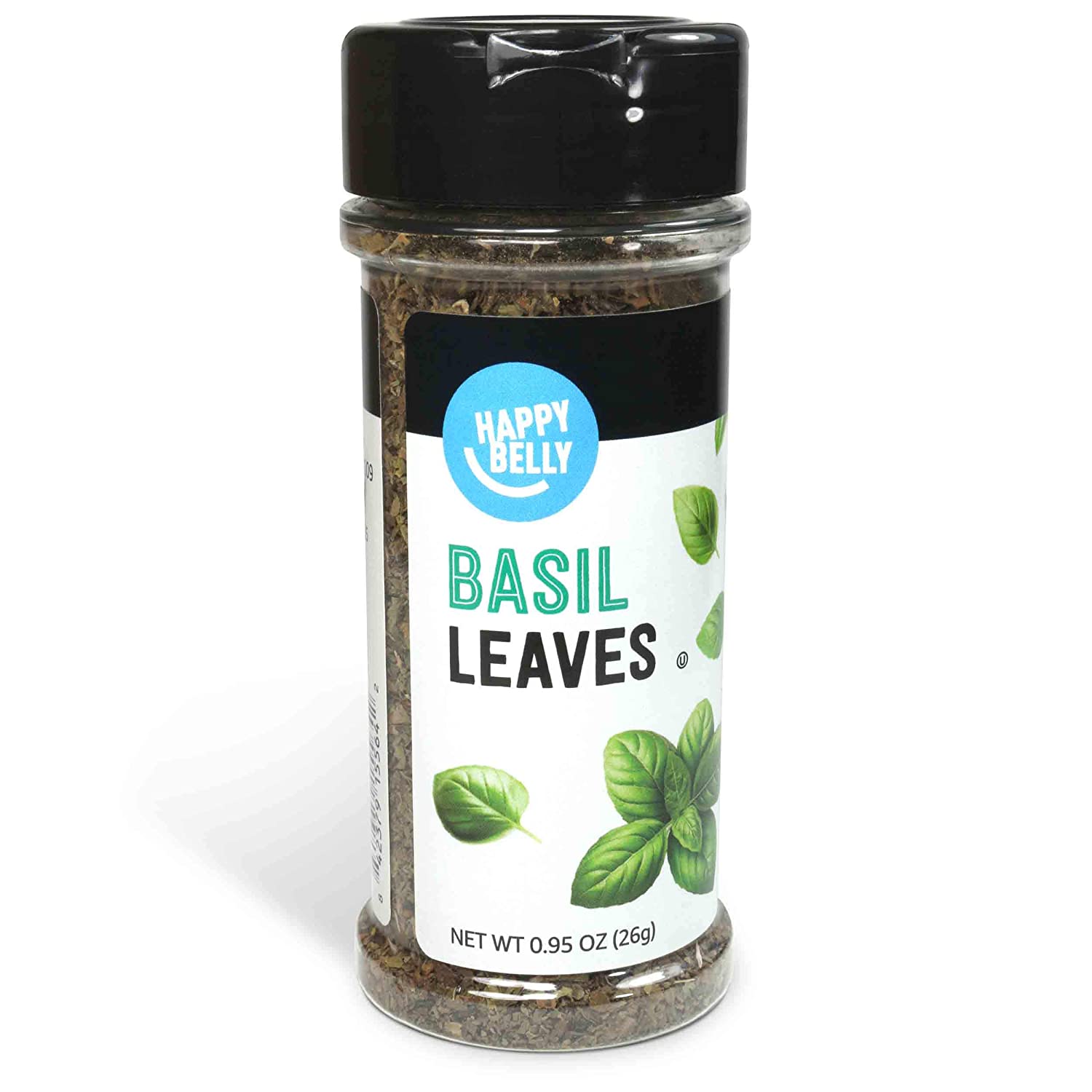 Basil is renowned for its aromatic fragrance and intense, earthy flavor, which makes it a good substitute for bay leaf. And it’s best used dried, as this form makes it closer in flavor to bay leaf. Basil is perfect for soups and sauces, as well as casseroles and spicy Asian dishes. It also works in some fish dishes and marinades as well. One dried basil leaf is a good substitute for one bay leaf. And in crushed form, both can be substituted in equals quantities.

Boldo leaves are derived from the Boldo tree, which grows in the Chilean region of South America. And because the boldo leaf isn’t a familiar flavor with most other parts of the world, many hold back on the idea of using it as a substitute for bay leaf. But boldo is a close relative of the bay tree, and its leaves have a similar flavor, though boldo’s is softer and more rounded. This makes it great for braises and vegetable dishes. The best way to properly use boldo leaf, especially if you’re new to it, is to start at half the ratio called for I’m bay leaf. So, substitute 1 teaspoon bay leaf for 1/2 teaspoon boldo if both are crushed. Or 1/2 boldo leaf for 1 bay leaf.

Should I put a bay leaf in my spaghetti sauce?

If you want, you can put a bay leaf in spaghetti sauce. So long as there’s enough liquid for the leaf to infuse its flavor and aroma, even such quicker-cooking recipes can be enhanced with the bay leaf.

Why can’t you eat a bat leaf?

Bay leaves get tougher when cooked, and are hard to chew. Plus, they don’t have an appealing taste after cooking and can be slightly bitter. And they have sharp edges which can cause a choking hazard if a large piece is swallowed, or scratch your digestive tract.

How long does bay leaf need to cook?

The longer it sits in the cooking, the more flavor it releases, which is why it’s a common addition to slow-cooked recipes. But its flavor and aroma can be extracted and noticed in any cooking in about 5 minutes.

Whenever you need a flavorful and aromatic substitute for bay leaf, try any of these popular options. With them, you can continue to enhance your dishes, even in the absence of this highly exotic Mediterranean herb.