Brownies are a mix of cake and cookies and are among the most preferred desserts that the whole family can enjoy. However, they are often considered to be fattening and somewhat unhealthy due to the oil content. If you are worried about the harmful effects of vegetable oil in brownies, or you’re just trying to cut down on fat, or maybe you don’t have it in your kitchen, there are a lot of substitutes for oil in brownies mix that you may find useful.

No matter what type of brownies you’re making, whether it’s chocolate or any other flavor, the primary ingredients are brownie mix, egg, and oil. The absence of one of these ingredients will make it difficult or maybe impossible to make brownies. If the missing ingredient is oil, several other ingredients can substitute oil in the brownies mix. 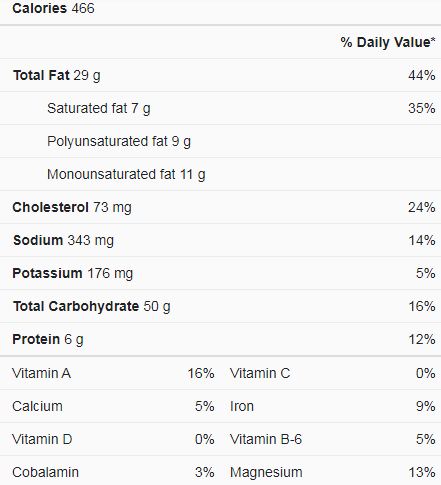 We must understand the role of oil in making brownies before we try to substitute it for something else, as this ensures we are replacing it correctly. The biggest function oil plays in brownies (and any other dessert) is keeping them moist by slowing down gluten formation to keep them tender and fluffy in texture. Baking with oil also helps in binding all other ingredients together. So when substituting oil, you should pay attention to how your alternate ingredients can perform these two tasks.

Benefits of Baking without Oil

Staying slim and eating efficiently is about getting as many nutrients as you can in fewer calories than the average person. Oils are generally healthy sources of fat, but because some of them contain a high amount of polyunsaturated omega-6 fats (like canola oil, sunflower oil, sesame oil, and rice bran oil), they may negatively affect your health. Hydrogenated oils are often found in processed foods and takeaway. They are very unhealthy as they contain trans fats, which contributes to obesity, high blood pressure, heart disease, stroke, and type 2 diabetes. They can also cause your good cholesterol to reduce and increase your bad cholesterol.

Substitute for oil in brownies mix

There are many substitutes for oil, some more healthy than others. When choosing a substitute for oil in brownies mix, our main consideration should be the flavor; this is because oil has a very mild taste, and you wouldn’t want the replacement used to be too overpowering for the recipe. 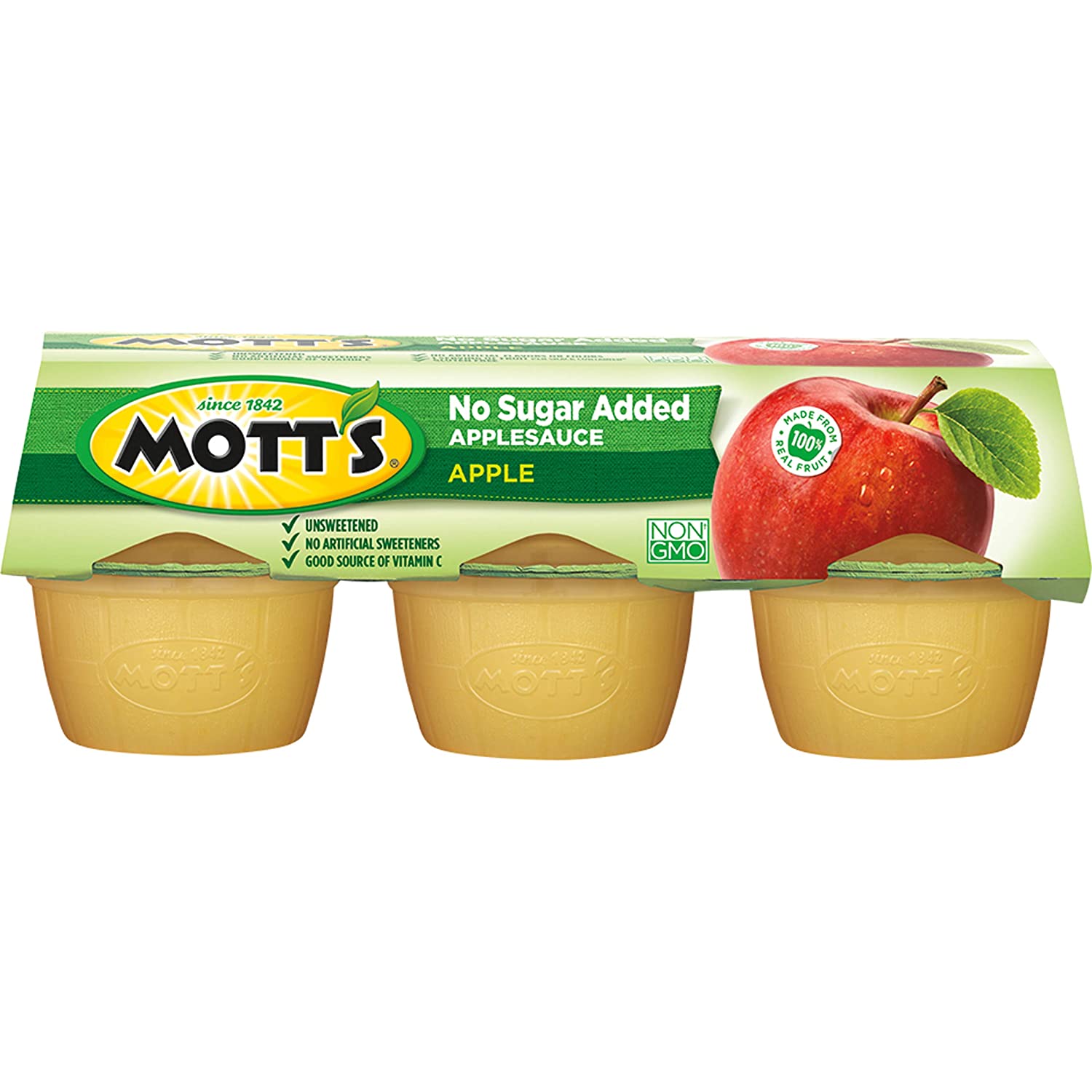 Applesauce is a low-fat substitute for vegetable oil and is a purée made out of apples. It provides the moisture needed for the easy mixing of the recipe without the unwanted fat and calories. Applesauce does not change your brownies’ taste, so when baking, it is recommended that you take the same amount of applesauce as the number of vegetables to maintain the flavor and textures of your brownies. Although using applesauce may result in your brownies being drier than normal, it can be prevented by adding a little extra liquid content to your batter and reducing the bake time by a couple of minutes (around 10 minutes). 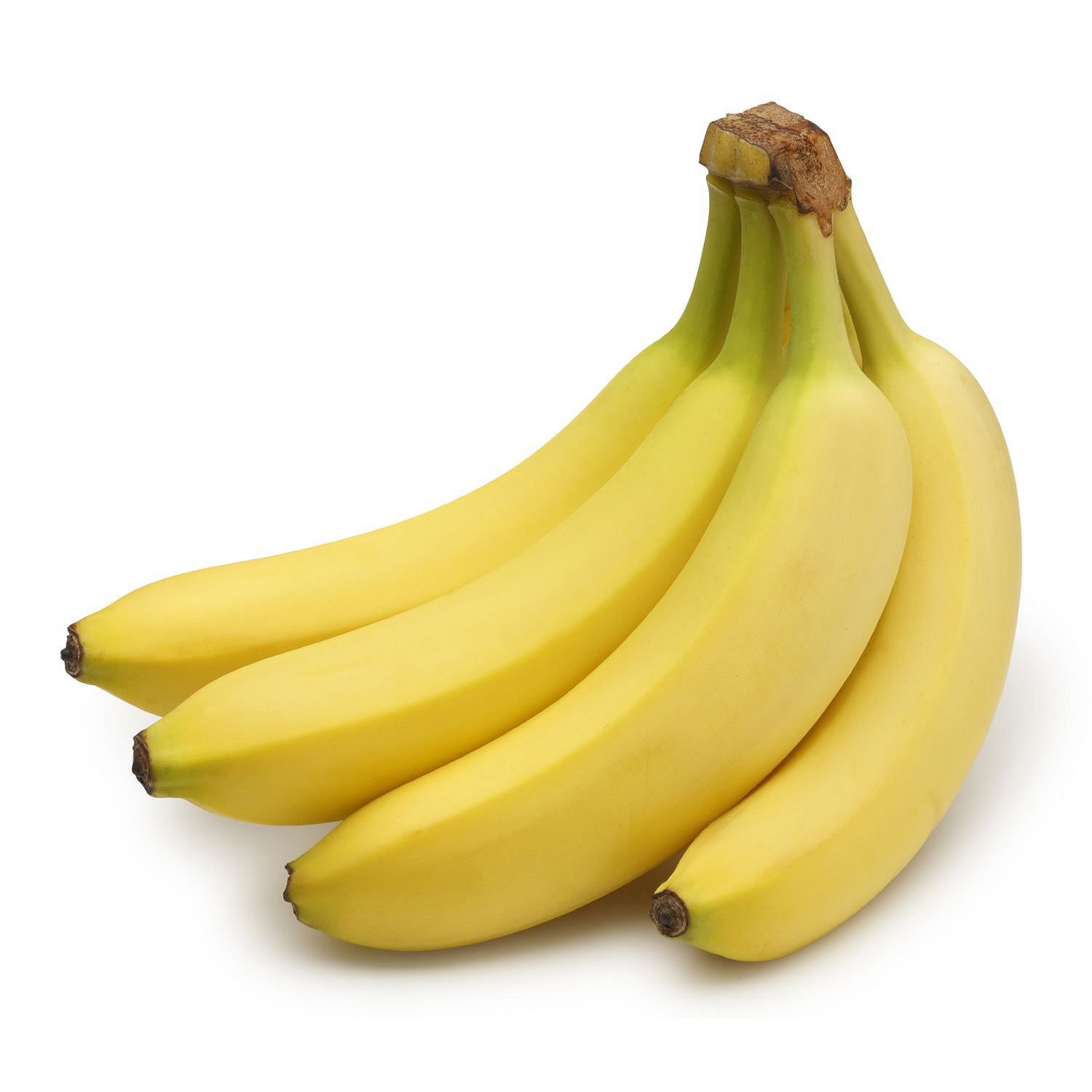 Butter is not the healthiest option as a substitute for oil in baking brownies because of its high-fat content. Using butter as a substitute gives a slightly creamier taste that vegetable oil cannot give. To melt the butter, you can either put the butter in a microwaveable safe bowl and heat in the microwave increments of fifteen seconds until it has melted or put it in a pan on the stove and melt it that way. When baking, use the same quantity of butter as the amount of vegetable oil needed in the recipe but make sure you bake the brownies at least two minutes longer than usual to maintain the same flavor and texture. 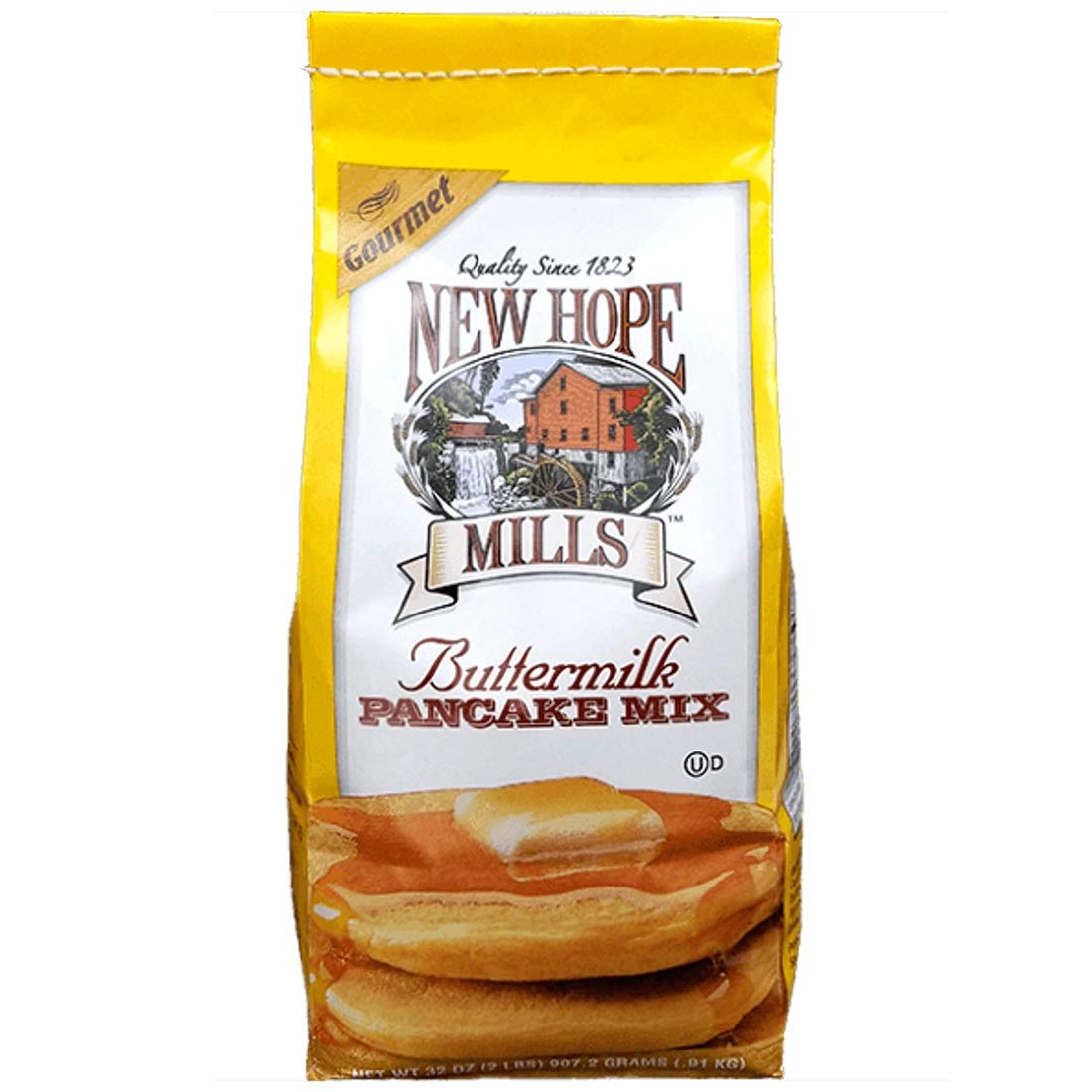 Yogurt and buttermilk are dairy-based substitutes for oil in brownie recipes. Using plain yogurt is a better choice for baking than flavored yogurt. If you’re making a recipe that requires 1/2 cup of oil, you should use a 1/4 cup of plain yogurt or buttermilk. It is necessary to cut back on baking time (at least 10 minutes) or add a little water to prevent your brownies from being too dry. 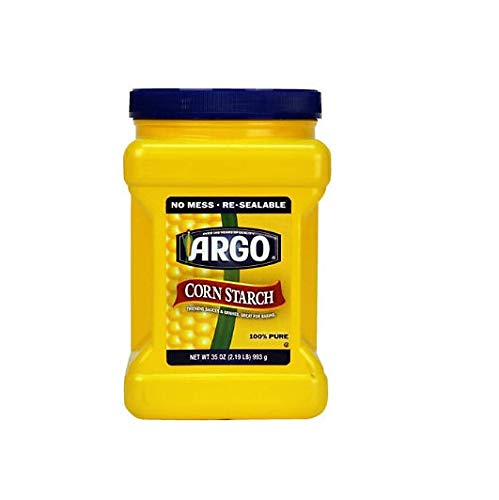 Cornstarch also works as an oil substitute for baking brownies. Mix 4 tablespoons of cornstarch with a little water and heat until you get your desired consistency. It should be used in the recipe as soon as it cools. When using cornstarch as a substitute for oil in brownies, make sure you use the same quantity as you would with oil. 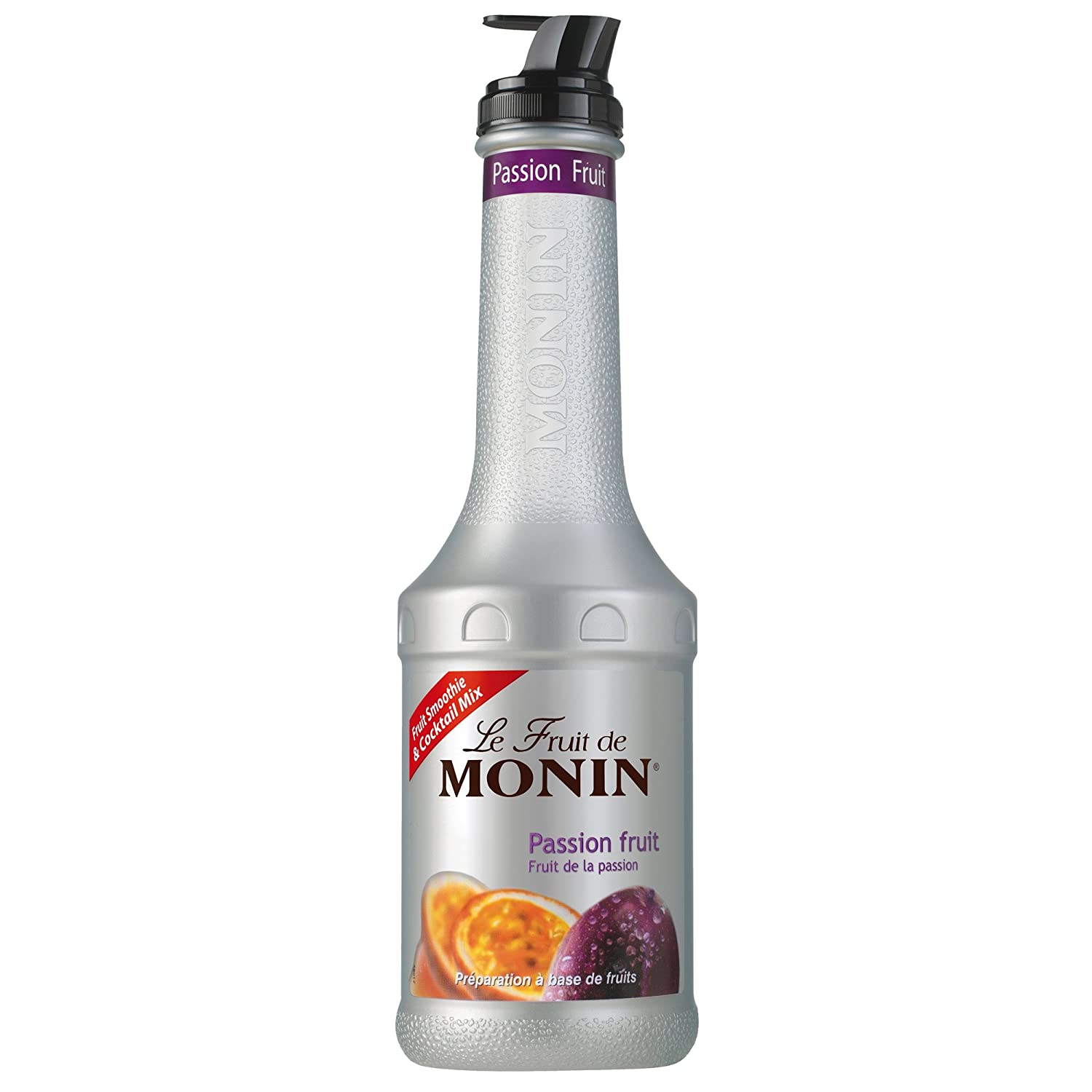 Fruit purée can be used as an oil substitute in your brownie recipes, though it’ll cause your brownie to have a cakey texture. Avoid using fruits with strong flavors as it may affect the brownies’ taste; instead, go for mild flavors like a prune, avocado, and pumpkin. 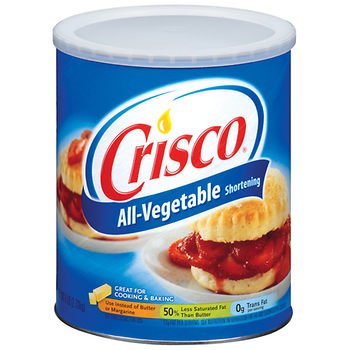 Oil shortening is a simple solid vegetable oil that has gone through hydrogenation (the process of turning liquid oil into a semi-solid form). It would help if you heated the shortening before mixing with other ingredients as it will mix easier this way. When using shortening, you can use the same amount as you would with oil. It is usually flavorless, making it a great substitute for oil when you’re baking brownies. However, they can contain trans fat, which is unhealthy for the body as it can increase your risk of heart attack and stroke.

Is it possible to make brownies with mayonnaise?

Yes, it is. Using mayonnaise while making brownies gives it a great taste and texture. You can use mayonnaise in an equal amount as that of oil you would use in the recipe.

Can extra virgin olive oil be used instead of vegetable oil in brownies?

Yes, it can. Just ensure to use the same quantity of olive oil as you would vegetable oil in the recipe as they both have the same density.

Can mayonnaise replace eggs and oil in brownies?

You can use mayonnaise as a substitute for either egg or oil or sometimes both. This is because mayonnaise contains oil and eggs. Make sure to add extra water to prevent your brownie from being too dry and cakey.

These substitutes for oil in brownies mix offer the same flavor and texture as oil. Some of them are low in fat, so you don’t have to worry about the cholesterol content or the fattening issue. So, whenever you run out of oil for your brownie mix, these substitutes can be very helpful.