You may find yourself on the verge of whipping up an amazing seafood dish or trying out a crab recipe. In such situations, you’ll come to agree that not many seasoning mixes give you the same level of uniqueness in flavor as Old Bay seasoning. And because of this, you may feel stranded if you find yourself out of your batch when you need it. Lucky for you, many seasoning mixes and spices out there can still help you bring out that interesting blend of flavors.

What is Old Bay Seasoning?

Old Bay seasoning is a blend of several spices and herbs grounded to a powdery form. This mix comprises about 18 spices, but a number of these are unknown. This is so that the makers can retain uniqueness in preparing the seasoning mix, and retain loyal patronage among their users. Still, some commonly known herbs and spices are included in Old Bay seasoning, among which include black pepper, celery salt, paprika, and crushed red pepper flakes.

The inclusion of hot spices like black pepper and red pepper flakes may give new users the impression that Old Bay seasoning is a spicy one, but the reverse is the case. Still, it gives a zesty and warm hint to recipes, which is further complemented by tangy notes. Other familiar tastes noticed in Old Bay seasoning include celery seeds and garlic. And though the remaining contents aren’t specifically indicated, many users can still note tastes of ginger, cloves, and even mustard in the mix.

Today, Old Bay seasoning is considered an American ingredient, but the mix was originally introduced to the continent by a German named Gustav Brunn in 1939. Then, it was blended and marketed under the company, Baltimore Spice, which was in turn, run by the Brunn family until 1985. Afterward, the rights to the secret ingredient were purchased by McCormick and Company, who we all know today to be the prominent name in the making of this unique seasoning mix.

In its earliest form, Old Bay seasoning was made for picking and meat recipes. In time, the special mix was discovered to bring out the best flavors in crab dishes. Today, Old Bay is a renowned name in seasoning seafood dishes and is still the go-to spice mix for crabs everywhere in the United States.

Old Bay seasoning also works for meats and fish dishes. It’s also a great addition to various kinds of soups and sauces. Because of its complex and complementary flavor profile, it also blends well in marinades, vegetables, and poultry. And it’s a great option for seasoning some baked goods like crackers, fried foods like chips, and even in drinks and dessert.

In summary, Old Bay seasoning is a welcome addition to a wide range of dishes and recipes including, but not limited to;

Because it’s such a versatile and impressively flavored ingredient, running out of Old Bay seasoning when you especially need it may seem like a disaster. But you shouldn’t worry, as you can still find good substitutes to replicate its influence in your cooking. While each option may seem unbelievable, they still offer great complexity in both flavor and taste texture when used, so you barely notice the lack of Old Bay seasoning at all. 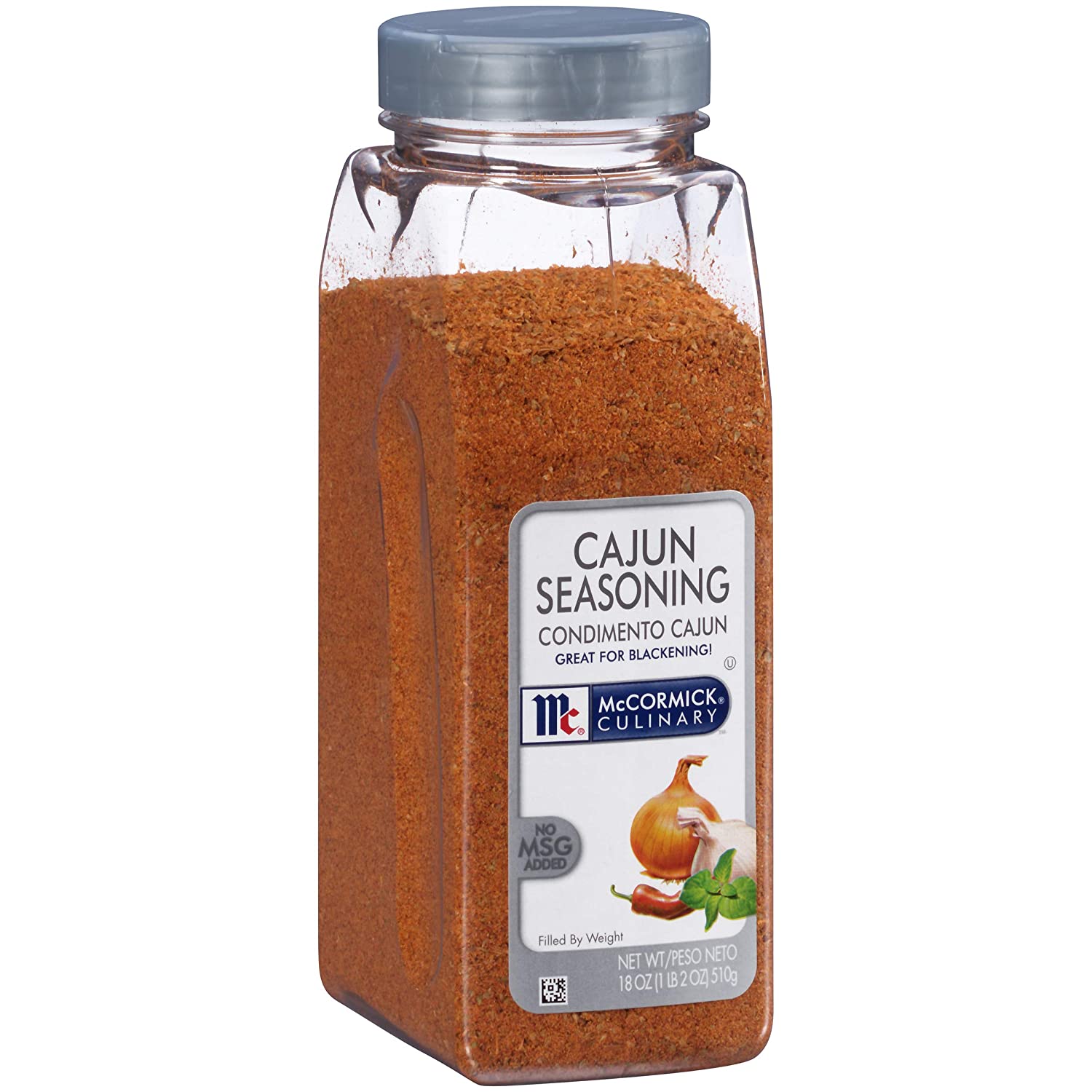 Two things make an option a great substitute; similarity in taste, and easy access. And Cajun seasoning fulfills both. Because it’s made from a combination of different spices and herbs, it offers almost the same level of flavor complexity as Old Bay seasoning. And because it’s a common item on almost every spice rack, it’s your quickest and most convenient substitute in such situations. Cajun seasoning contains, among other things, paprika, pepper, and garlic powder- three items commonly found in Old Bay seasoning. This means you can substitute for it in equal amounts, in any recipe. However, Cajun seasoning tends to be hotter, but besides that, it’s usually hard to tell that it’s what you’re using instead of Old Bay seasoning in the end.

If you happen to have French Four Spice sitting in your spice rack, then your Old Bay substitute problem is close to being solved. Also called the Quatre Spices, French Four Spices is a popular ingredient in French cuisine, as well as the Mediterranean. It’s also an extremely versatile seasoning and can be included in a wide range of dishes from soups to salads and meat dishes. To get the best results when substituting French Four Spices for Old Bay seasoning, add a touch of paprika and red pepper flakes. These enhance the flavor and brings it even closer to tasting almost like Old Bay seasoning. 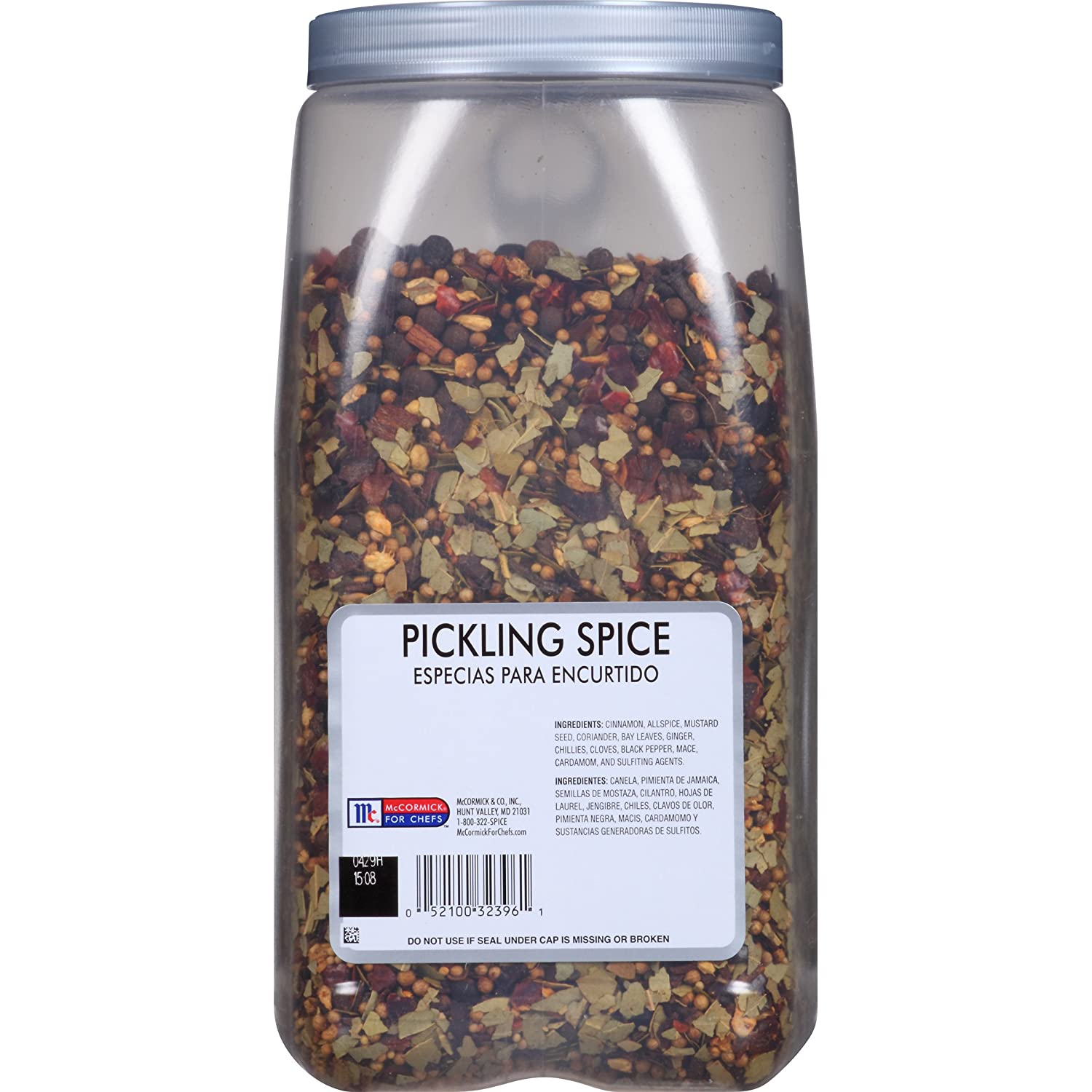 Because Old Bay seasoning was originally manufactured for pickling, it makes sense that you can substitute it with pickling spice when you run out. Pickling spice contains almost the same ingredients in Old Bay seasoning, and as such, offers a similar flavor profile as it does. Its combination of cloves, red pepper flakes, bay leaf, mustard seeds, and garlic makes it perfect for meats, fish, seafood, and soups. And you can use it in equal amounts as the recipes call for Old Bay seasoning. 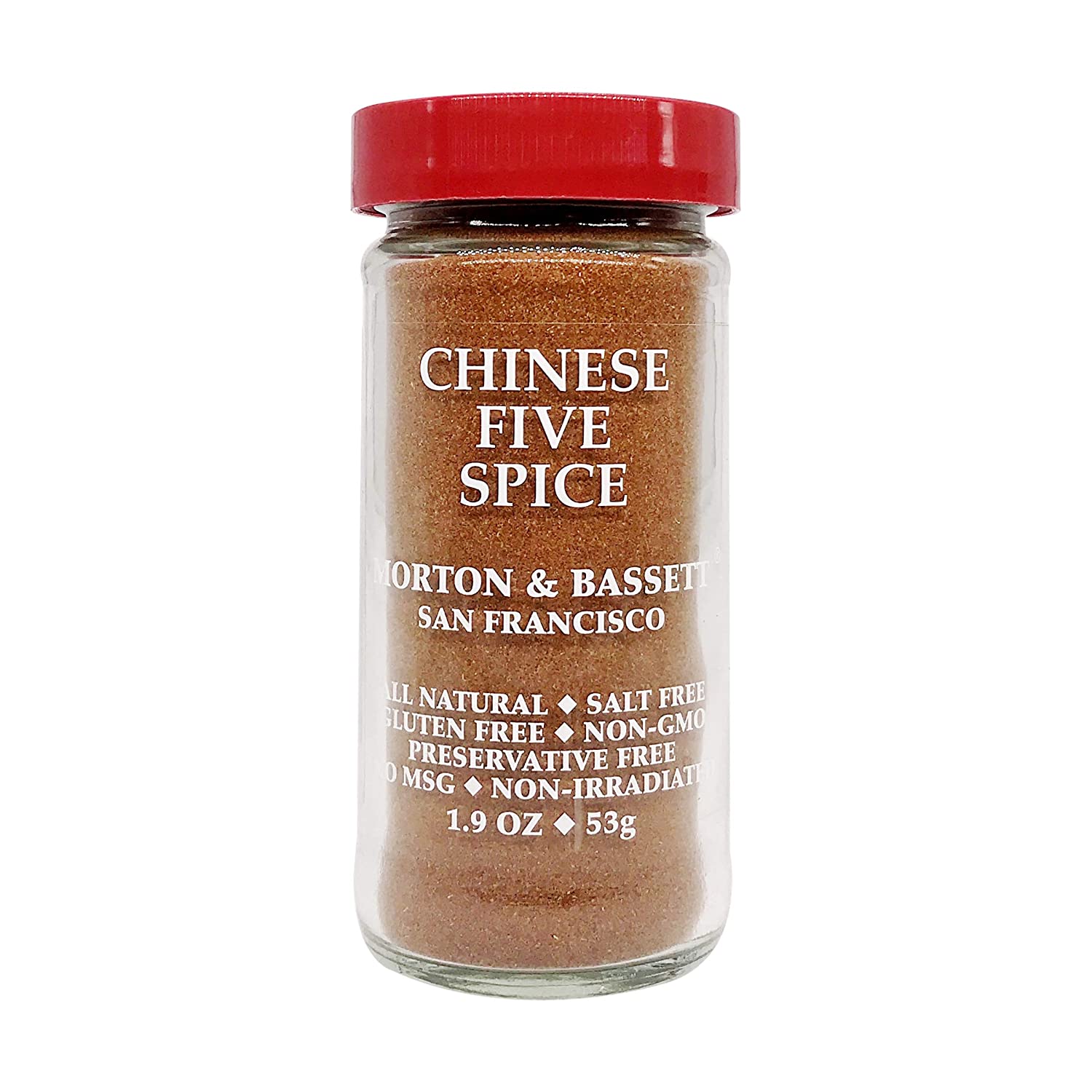 Another popular way to substitute Old Bay seasoning is to use Chinese Five Spice powder. Generally composed of cinnamon, Sichuan peppercorns, star anise, cloves, and fennel seeds, some blends also include nutmeg, black pepper, and even ginger. And while this may feel like a stretch, its complex flavor makes it a good option to substitute with Old Bay seasoning. This is further encouraged by its flexible usability, as it’s a regular addition to red meat, poultry, fish, and seafood recipes of all sorts. 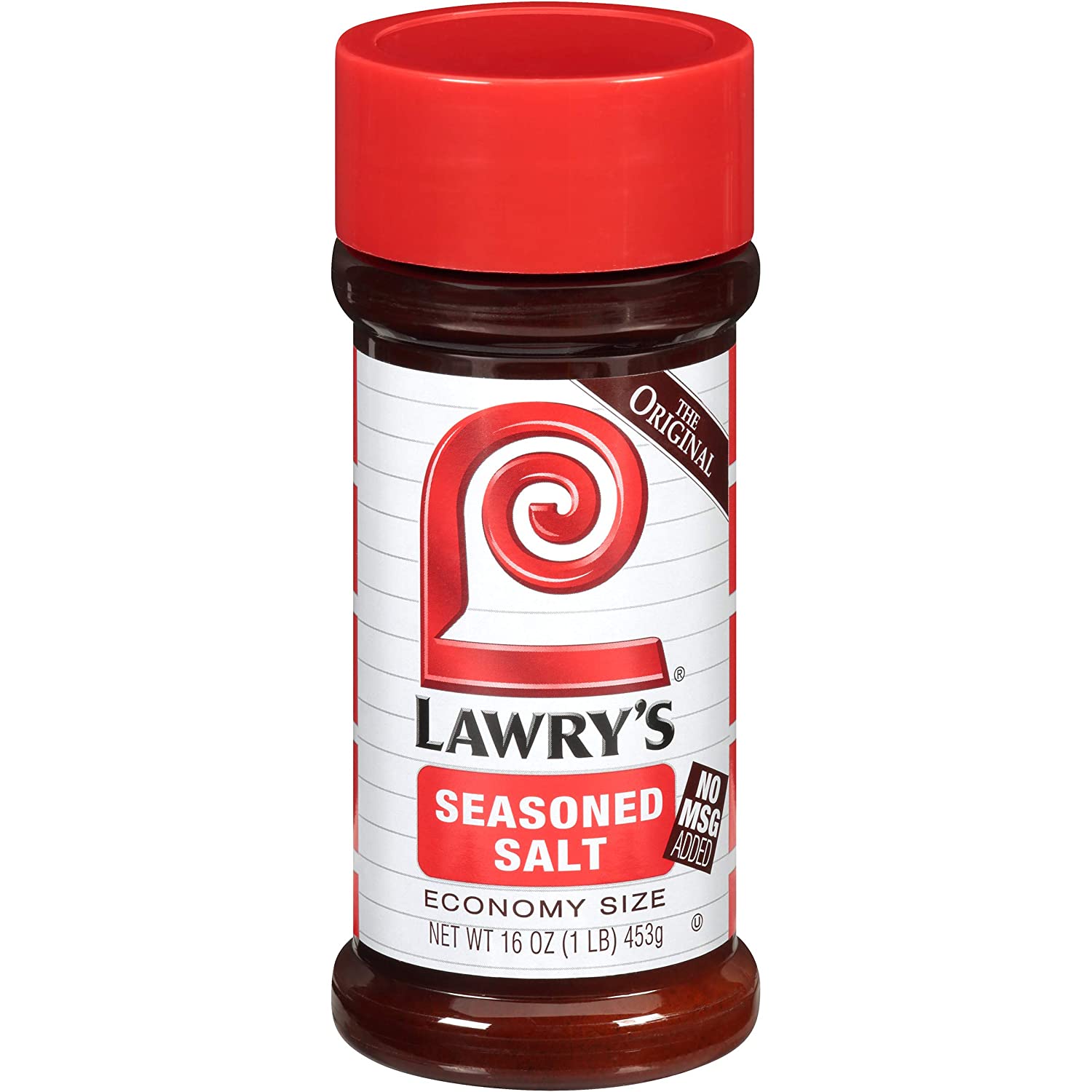 The best factor that makes seasoned salt a good substitute for Old Bay seasoning is its expansive collection of tastes and flavors. Seasoned salt comes in different blends, each promising a new and interesting taste experience. And because it’s extremely affordable and easy to access, your options are greatly increased. To use seasoned salt as a substitute for Old Bay seasoning, however, requires that you identify the taste profiles you best wish to get from your recipe.

With that in mind, you can look out for seasoned salt blends that include paprika, celery seed, garlic, mustard, and even black pepper, as these are common ingredients found in Old Bay seasoning. Note though, that you’ll have to reduce the salt quantity originally called for in the recipe.

Can I use Creole seasoning instead of Old Bay?

Yes, if that’s what you have. Like Old Bay, Creole seasoning has some similar ingredients like celery seeds and paprika. As such, it offers a close flavor profile resemblance to Old Bay seasoning.

Does Old Bay seasoning have MSG?

No, it doesn’t. Though it’s called a seasoning mix, it’s made mostly from dried and grounded spices and herbs. The mixture is purely natural and doesn’t come with any MSG, making it also kosher.

Yes, there’s a significant amount of sodium in Old Bay seasoning, but not so much that will make it unhealthy to consume. Still, if you’re on a low-sodium diet, you might want to reduce the quantity of Old Bay seasoning you use or find alternative substitutes altogether.

Renowned to be a favorite ingredient, especially for seafood recipes, running out of Old Bay seasoning doesn’t always have to cause a fit. Above, you’ve seen that substitutes for this complex ingredient are available, and each offers just as much exotic vibe for your dishes as Old Bay does.