Sun-dried tomatoes are tomatoes that have been, well, sun-dried. They come with an intense flavor and leathery texture that complements numerous dishes. Sun-dried tomatoes are surprisingly common in many dishes; still, they’re easy to forget in the pantry at home. It’s why when such happens, you’ll need to know how to make up for it in your recipe. But before we touch these interesting substitutes, let’s take a closer look at what sun-dried tomatoes bring to the table. 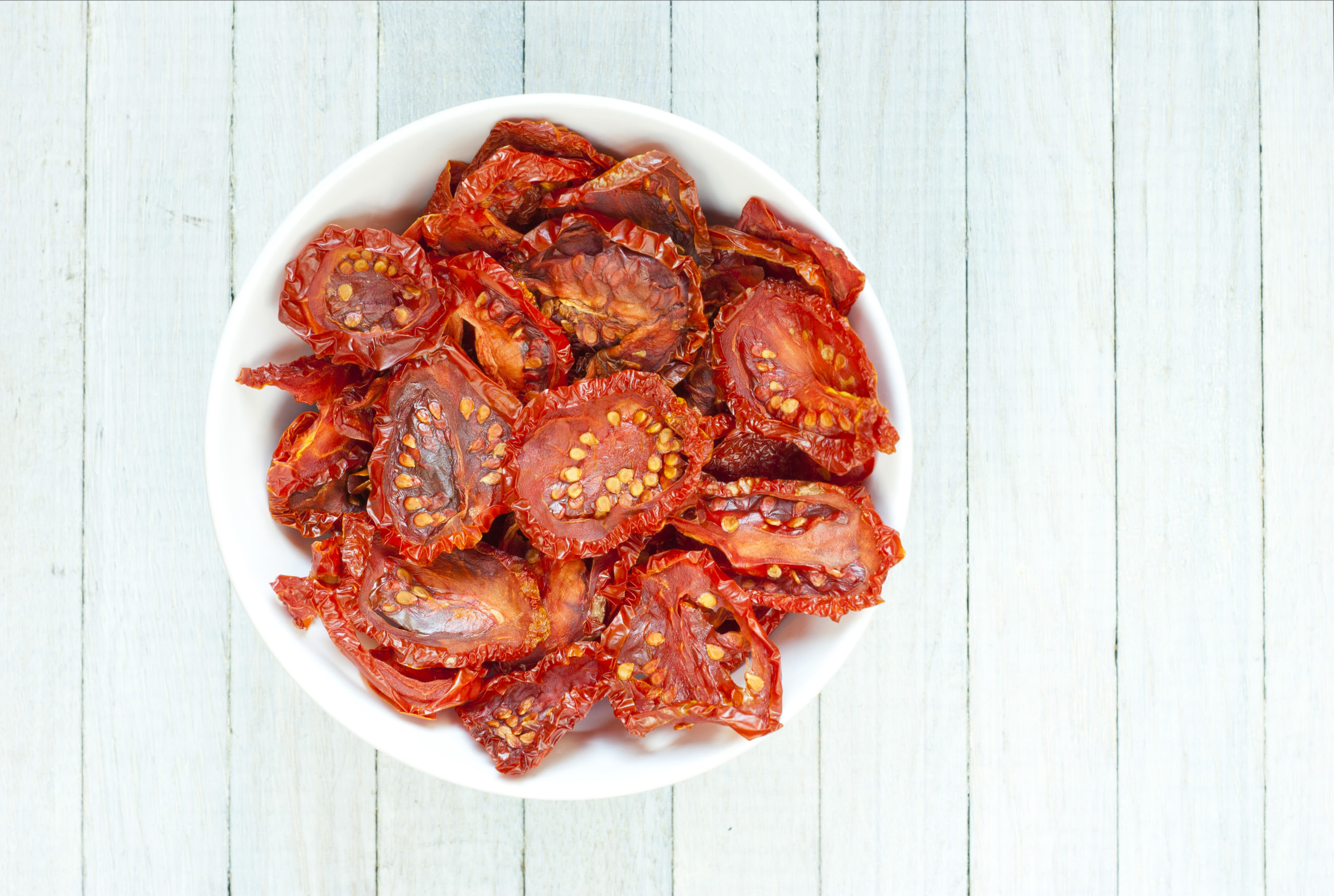 Why Are Tomatoes Sun-Dried?

The earliest decisions to sun-dry tomatoes were made to preserve the berries for longer times. To prevent scarcity, farmers would cut up the tomatoes, remove the seeds and inner flesh, and leave them out in the sun to dry. It wasn’t until later that they realized how the process intensifies the flavor of the tomatoes because as they got drier, the flavor became more tart and concentrated. This, combined with the resultant leathery texture of the skin, resulted in a tasty, flavor-packed, and chewy ingredient that works great on every dish!

Today, most products are prepared by dehydration, which involves using a dehydrator to remove the moisture from the tomatoes. Of course, many experts can tell the difference between a dehydrated tomato and a sun-dried one and note that the flavor intensity and texture complexities vary greatly. This is why just as numerous manufacturers have adopted modern techniques to dry the tomatoes; those still faithful to the old ways stick to sun-drying them instead. 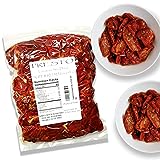 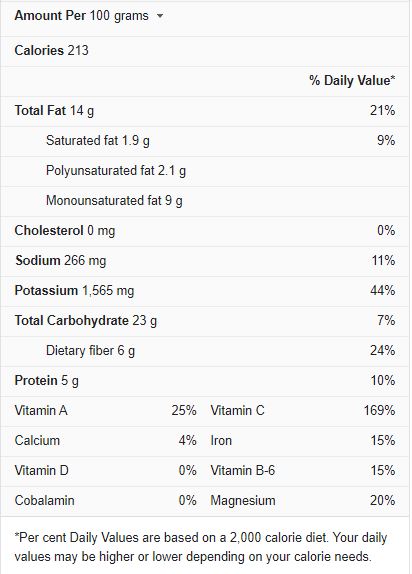 Sun-dried tomatoes have a distinct, concentrated taste. The natural dehydration technique allows the berries to have an intensely sweet flavor that blends with an incredible tart. It also toughens the skin to such a leathery texture that the tomatoes are chewy. These features give sun-dried tomatoes such versatility that they’re useful in a wide range of culinary applications including, but not limited to;

In some recipes like salads and toppings, sun-dried tomatoes have to be first rehydrated to be chewed properly. But, they’re added to the other ingredients in most cooked recipes and release more flavor the longer they’re cooked.

You often run out of sun-dried tomatoes without knowing it, especially since it’s one of those ingredients you rarely use. Other times, you just want to dial down on the flavor intensity or have guests who consider its chewy texture too much work. The good thing is you can use some great alternatives in its stead, and below are the substitutes we consider to be most ideal; 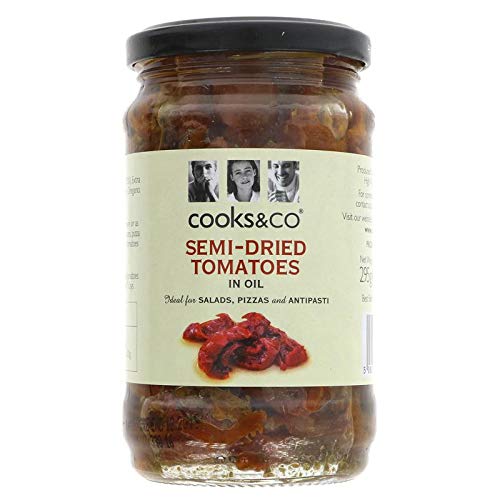 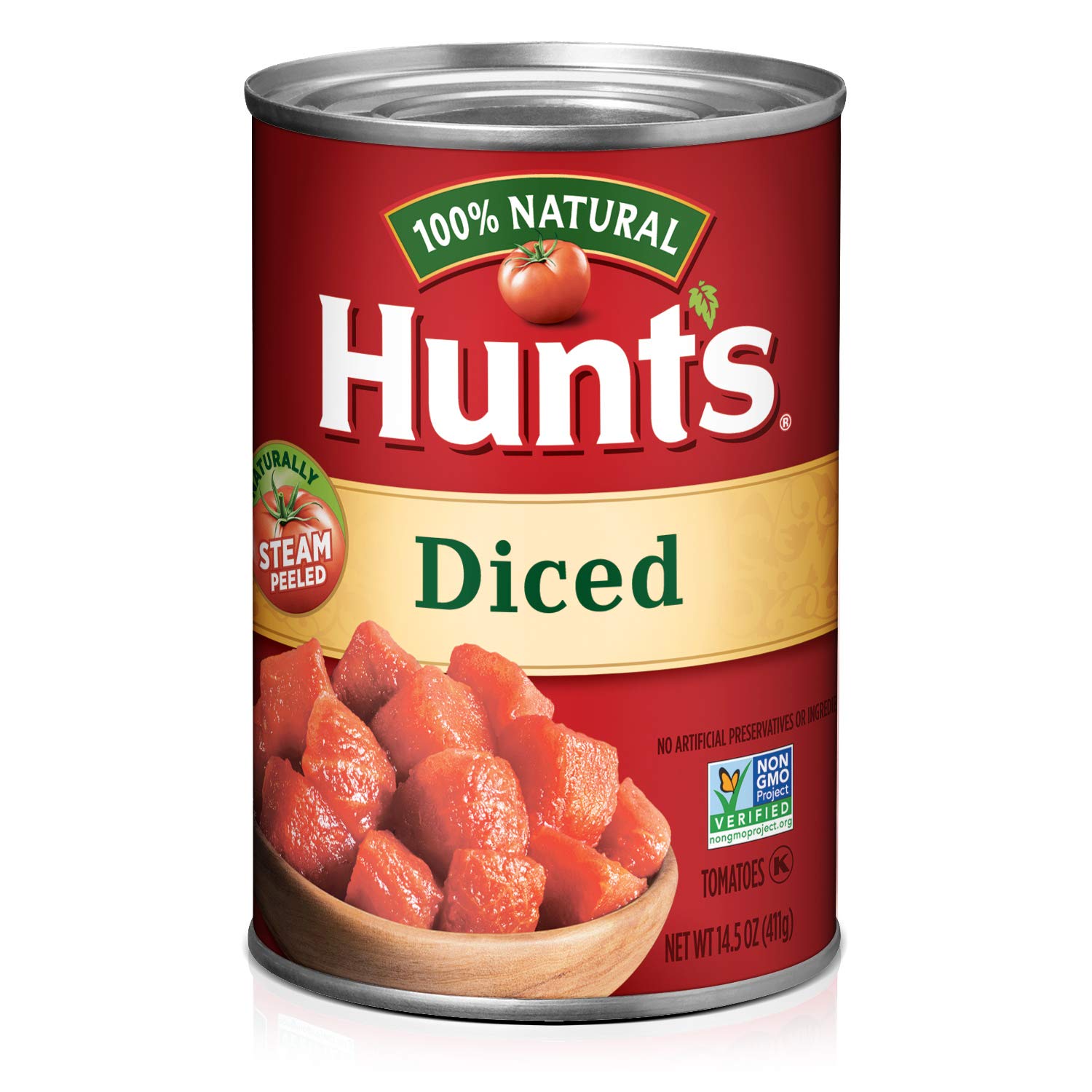 If what you’ve got are canned tomatoes, then all isn’t lost. Canned tomatoes have a similar flavor profile as their sun-dried counterparts, though it’s less intense. They’re also softer, but you still get the same sweetness you hope to. Canned, peeled tomatoes are perfect for sauces, though the consistency tends to be thinner. Regardless, you’ll still get a great-tasting result with it, so for every 1/2 cup of sun-dried tomatoes, use 1 and a half cups of canned tomatoes. 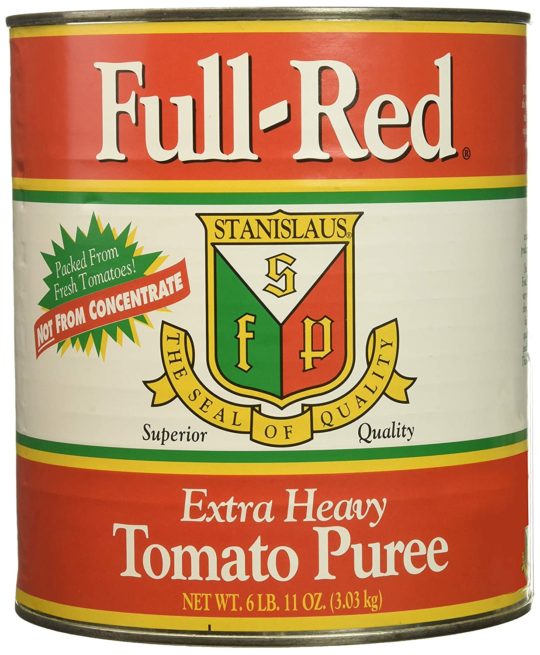 Not only is this option an easy one, but it is also the best substitute for sun-dried tomatoes that’ll help solve the consistency issue. The sauce will come out with the desired thickness with tomato puree, plus the base tomato flavor is exactly what recipes like pasta sauce demands. In liquid recipes, tomato puree can be used at equal ratios as sun-dried tomatoes. 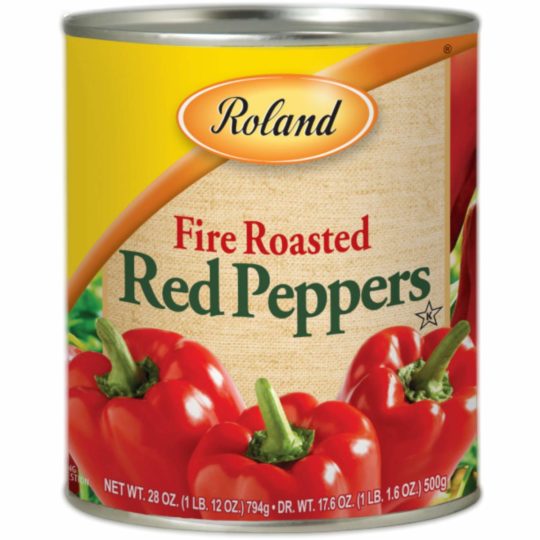 For those who need a non-tomato alternative, your best option would be something from the Capsicum family. And among those, roasted bell peppers and red peppers are the closest in taste, which is why they’re a great option for appetizers. You can use them in recipes like bruschetta; they taste milder and work for all antipasto platter, including meat and cheese.

If you don’t want to trade the flavor intensity and chewy texture of sun-dried onions, simply make a batch of it by yourself. Get some fresh tomatoes, cut them in halves, and clean out the seeds and pits. Heat the oven to 275°F, arrange the tomatoes, cut face up, in a baking tray. Pop the tray into the oven and cook for up to 25 minutes. You’ll end up with a convenient batch of homemade dried tomatoes. Be sure to use a sweet-tasting variety like Roma, but plum will also do. And check them in the oven regularly- about every 5 minutes- so they don’t overcook.

If they’re not kept properly, yes. But when stored under proper conditions, they can keep their form for up to 3 weeks. Once opened, you’ll need to store them in the fridge, especially the oil-packed ones. Unopened sun-dried tomatoes have a shelf life of 1 to 2 years.

Can I use tomato paste instead of sun-dried tomatoes?

You can use tomato paste in place of sun-dried tomatoes in liquid dishes. The paste will give the same sweet tomato flavor, with a very light tangy undertone. The only drawback is that it’ll cause the sauce to be a bit thinner. If you’re to use tomato paste, go for the double concentrated types, as they’re sweeter.

Can you freeze sun-dried tomatoes out of a jar?

No. You have to put it in a container before freezing, even if you made them yourself. Once kept in a jar or bag, you can freeze sun-dried tomatoes for up to a year. But if you want to get the best flavor out of them, be sure to use them within 3 months.

While they may not pack as much concentrated sweetness and tang, most tomato alternatives will make great substitutes for the sun-dried option. Plus, you get choices to consider with them, especially when you want something with a lesser intensity. Still, we acknowledge, as food enthusiasts, that sun-dried tomatoes are just as delicious as they’re versatile.