If you love the appeal of a smoky taste, then you’re all too familiar with the hassle it takes to get it. Burning wood over a fire for long minutes to give this desired flavor to your recipes can be tedious, which is why liquid smoke was swiftly embraced by all. It’s a fast-track response to the need for a smoky, charred flavor in every dish. But what exactly is it? And can you get substitutes if you run out of it? 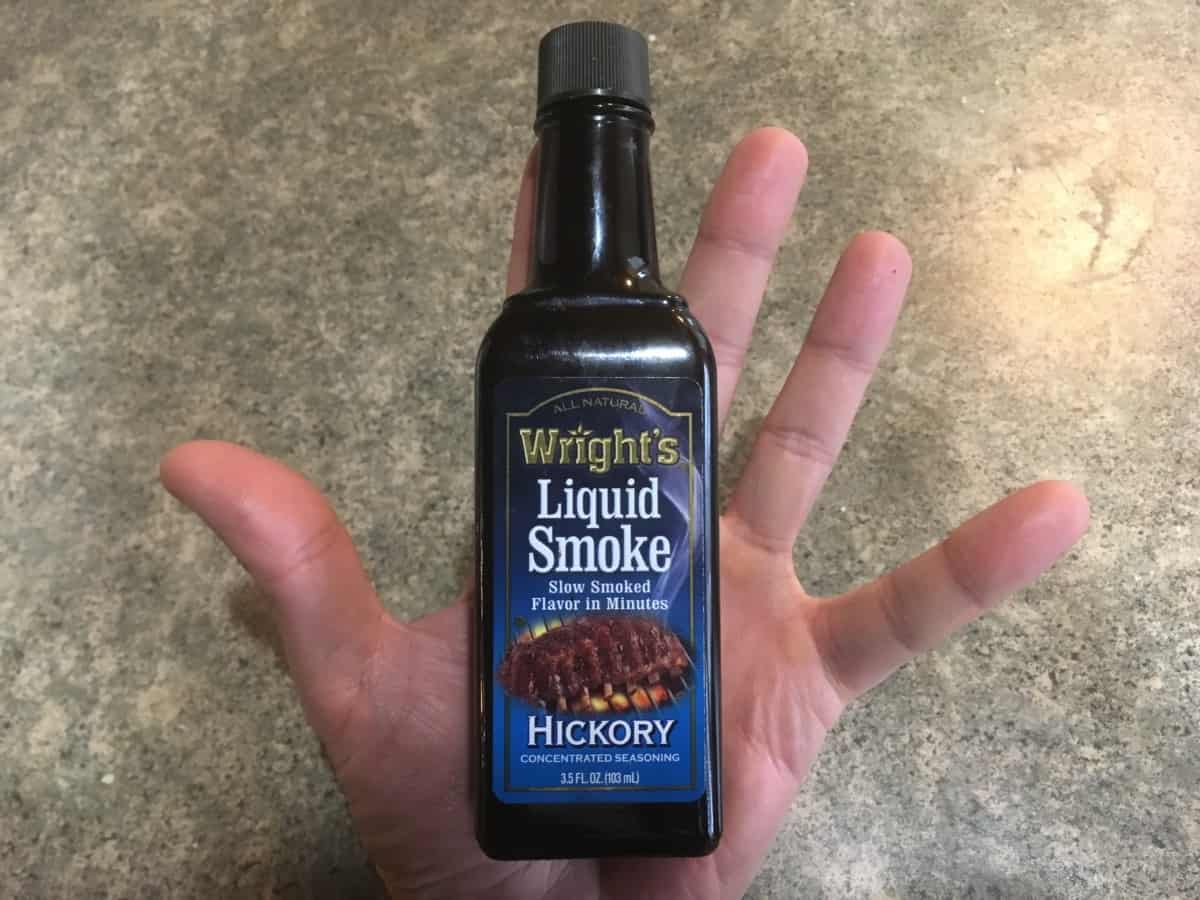 What is Liquid Smoke?

Liquid smoke is precisely what its name implies. It’s a concentrated seasoning that simply comprises condensed smoke packaged in a bottle. Though essential for preserving it, the process of smoking food wasn’t discovered to enhance the taste until later. And though we all love the explosion wood smoke adds to the flavor, we admit that getting there takes a lot of work.

Enter liquid smoke, which was discovered at the turn of the 19th century. And today, many companies are heavily invested in this seasoning, which is why we have brands of it like Colgin, Stubbs, and Wrights sitting on grocery shelves and spice shops worldwide. The third brand mentioned is named after E.H. Wright, the man who discovered this culinary wonder.

Today, liquid smoke is made by the controlled burning of sawdust. The resultant smoke is directed into a condenser, where it’s liquefied to form a smoke base solution. Of course, many fear that because it’s ‘pure’ smoke, it may be heavy with carcinogens, but this is far from true. During production, the tar and ash are removed from the solution, so it’s quite harmless to health and probably even safer than traditional smoking techniques. Plus, it also comes in different smoke flavors to choose from!

Smoking food is already an embraced flavor-enhancement method, and liquid smoke is the ultimate answer to this quest. Because it’s so concentrated, you only need little-sometimes, a few drops- as too much of it can render food unpleasant. Still, it’s such a flexible seasoning; you can add it to a wide range of foods and even drinks.

Liquid smoke is extremely versatile, and you can apply it in various ways. You can mix it in food or drinks before or during cooking. You can also use it as a glaze for foods cooked in the oven. You can also mix it up in a spice blend or simply spray it onto the lava rocks if you’re using a gas grill. Whichever method you prefer, you can use liquid smoke to infuse that pleasant smoky taste to virtually all foods, including;

If you ever run out of liquid smoke in the middle of a recipe, or you don’t have the time to rush out for a fresh bottle, simply use any of these alternatives. Each substitute is packed with enough smokiness and will render it richly to your dish.

The sweetest thing about smoked tea is the fact that it’s a versatile substitute. Also called lapsang souchong, it’s a Chinese black tea renowned for its lack of bitterness. And because it’s made by smoke-drying tea leaves over a pinewood fire, you’re sure to expect a rich smoky flavor from it. And because it doesn’t have any extra ingredients, it works as the perfect substitute for a wide range of recipes like meat, fish, soups, sauces, cocktails, and even desserts.

You can use smoked tea in place of liquid smoke by steeping the leaves in boiling water for some minutes. Then, strain the water and use as you would liquid smoke. You can even grind the leaves and mix them with a blend of spices if you need a dry rub. 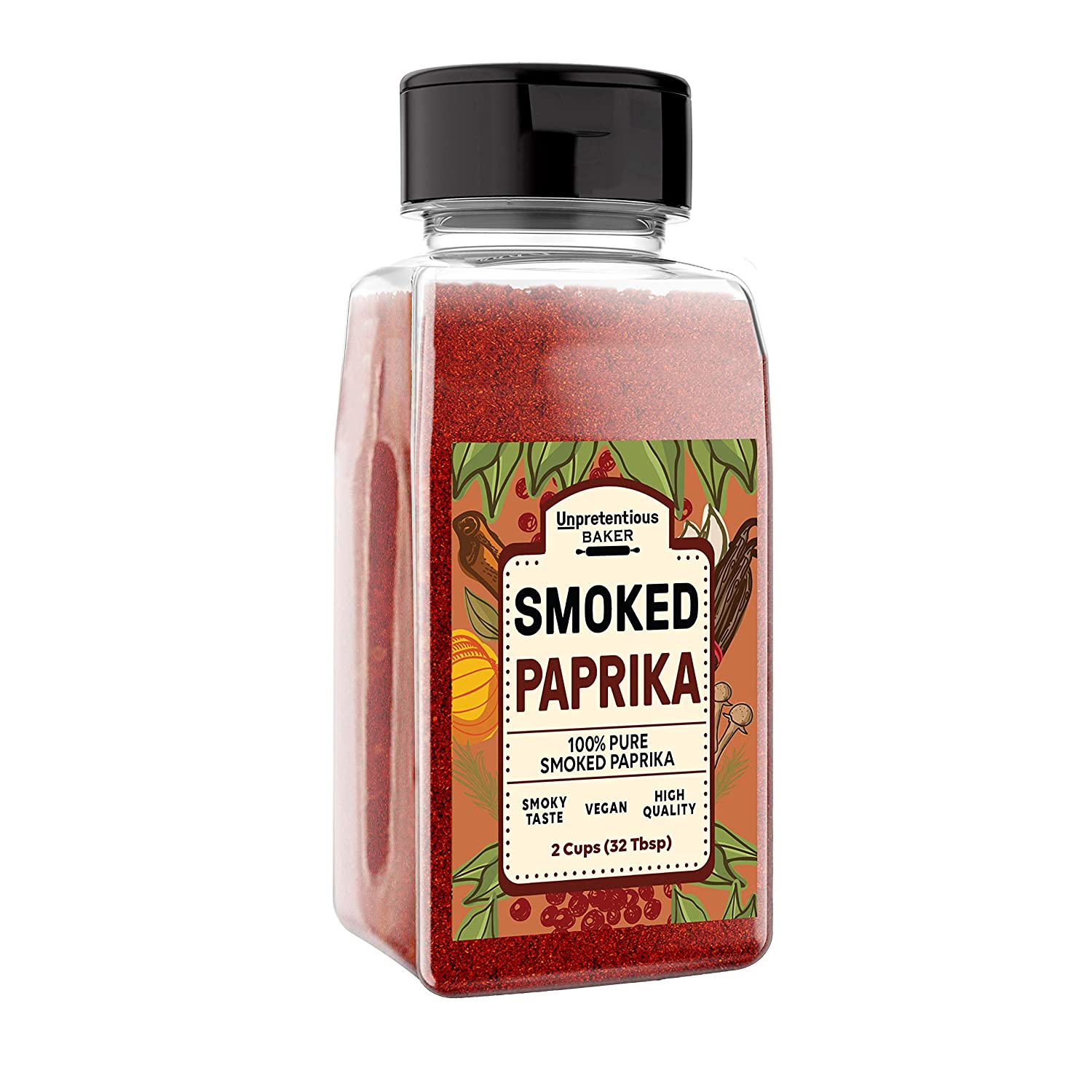 Smoked paprika works in recipes where the spicy flavor would be a welcome addition. Made by smoking Pimenton peppers over an oak fire for weeks, smoked paprika is heavily infused with the flavor, which it generously releases in many recipes. You get two options with this substitute; the Pimenton de la Vera Picante, which is hot, and the Pimenton de la Vera Dulce, renowned for its sweet flavor. Whichever you prefer, note that it’s not a good fit for frozen desserts and certain baked goods while it works on lots of recipes. 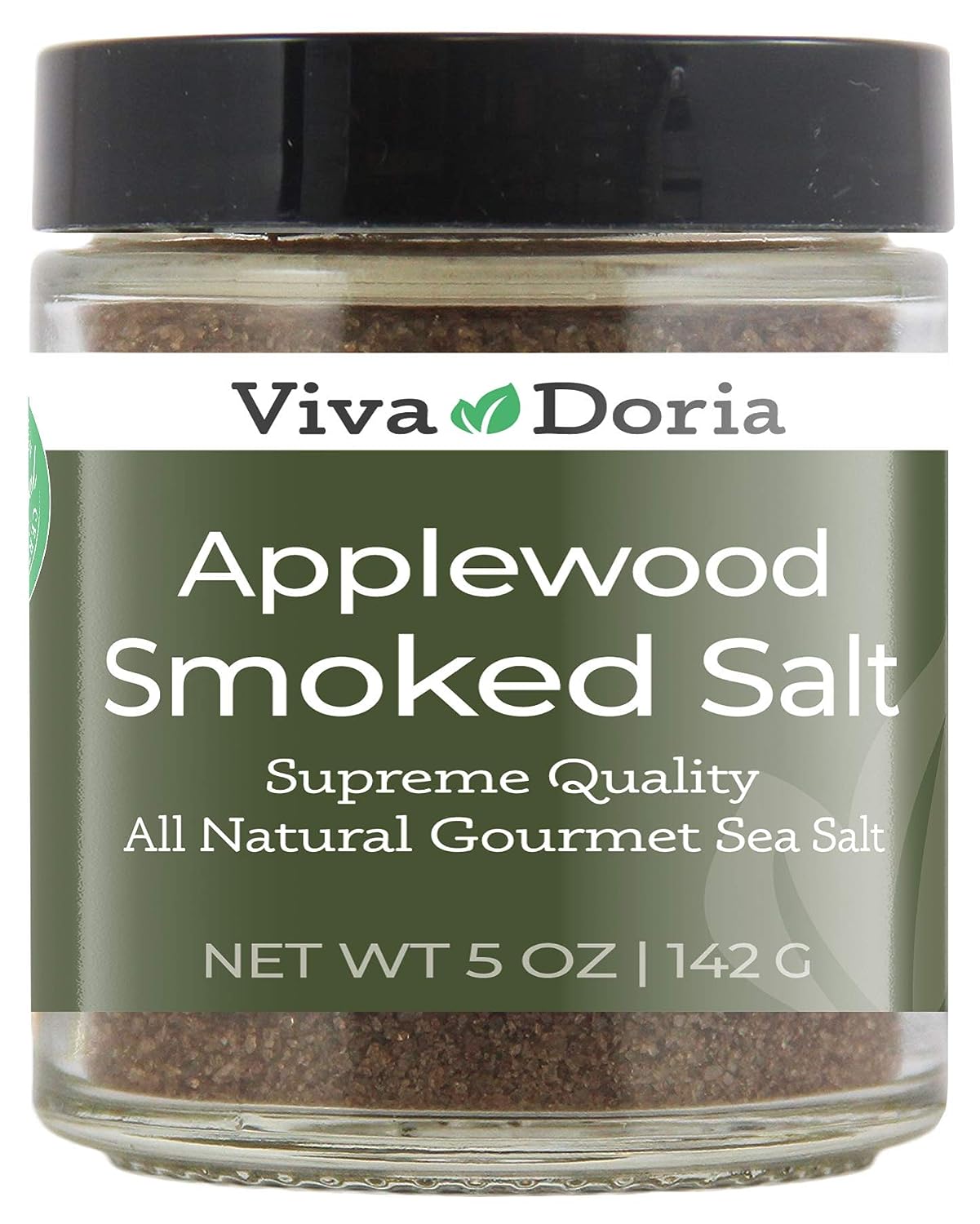 Smoked salt is prepared by smoking regular salt over a wood fire for up to 2 weeks. The result is an aroma-rich spice that can be used in a wide range of dishes. Because of its smokiness makes an ideal substitute for liquid smoke in vegetable dishes, marinades, desserts, and stir-fry recipes. It can also be used as a dry rub for meats, fish, and grilled foods. It also comes in a range of smoke flavors to choose from, like applewood, oak, alder, and even hickory. But smoked salt adds extra saltiness to a recipe, so when using, reduce the amount of salt called for in the dish. 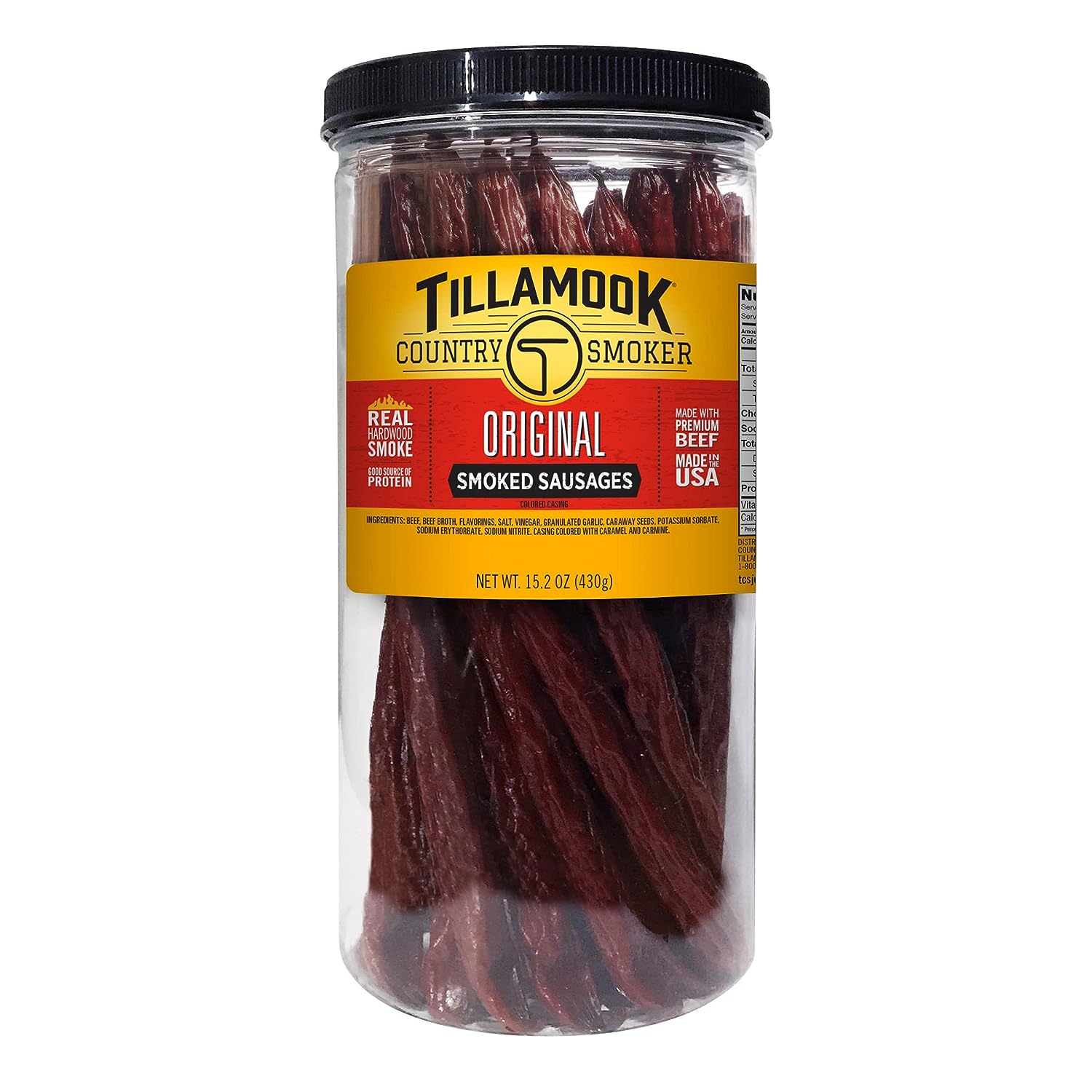 If you’re making a hearty dish, you can infuse the smoky flavor with some pieces of smoked foods. So, if you happen to have leftovers from your last barbecue, simply dice them into smaller pieces and add them to your recipe. Any form of smoked foods, from beef to ham, lamb, fish, bacon, and even baked beans, can be used in place of liquid smoke. But note that this option isn’t a flexible one. Each one works best in recipes where their taste (or fat content, as in meats) wouldn’t affect the dish. So, it’s best to use these in dishes where their non-smoked versions are probably included.

Though using charcoal means you have to burn something, it’s not as stressful as what you’d have gone through in traditional smoking methods. Charcoal burns easily and smokes for a long time. Plus, it doesn’t add any other flavors to the dish, only the desired smoky taste and aroma. And charcoal is cheap, so you don’t get to spend an awful lot to get what you want.

To use, place the food you wish to smoke in a large container that has extra space (you’ll need that space for another bowl). Next, burn some charcoal- about 1 or 2 pieces- over a stovetop flame until it smokes, and then transfer it into a small bowl. Place the bowl next to the food, cover the large container with a lid or foil, and leave for as long as you’d want the flavor to infuse into the food. When using this method, remember to never hold the charcoal over the fire by hand, but with a pair of tongs. Also, use a fireproof bowl for charcoal, like glass or china.

What ingredients are in liquid smoke?

As a general rule, the smoke base and water are the primary ingredients, with the flavor depending on the type of wood used. But some brands may also contain certain amounts of vinegar, coloring, and molasses.

Do vegans use liquid smoke?

Yes, they do. Liquid smoke is derived from wood, so it’s vegan-friendly. And though most popular brands add extra ingredients, these are mostly suitable for vegetarians.

Can I add liquid smoke to my brine?

Yes, you can. Adding 1½ teaspoon of liquid smoke for every gallon of brine is enough to impart a decent smokiness. If you wish for more, try increasing the quantity by ¼ teaspoons, and work with this cautiously till you achieve the desired taste.

Liquid smoke is an amazing seasoning, so it’s understandable if people panic because they’ve run out when their recipe calls for it. That’s why having these substitutes as backup is the best thing you can consider. They give you enough versatility, so you’ll always have a replacement at hand anytime you need it.