Turmeric is a kind of flowering plant belonging to the ginger family. Its roots are used in cooking a variety of dishes. This plant is native to India and Southern Asia. It requires temperatures between 200C-300C and a considerable amount of rainfall to bloom. This plant’s rhizomes are boiled in water, dried, and then ground into an orange-yellow like powder commonly used as a coloring and flavoring agent in cooking. 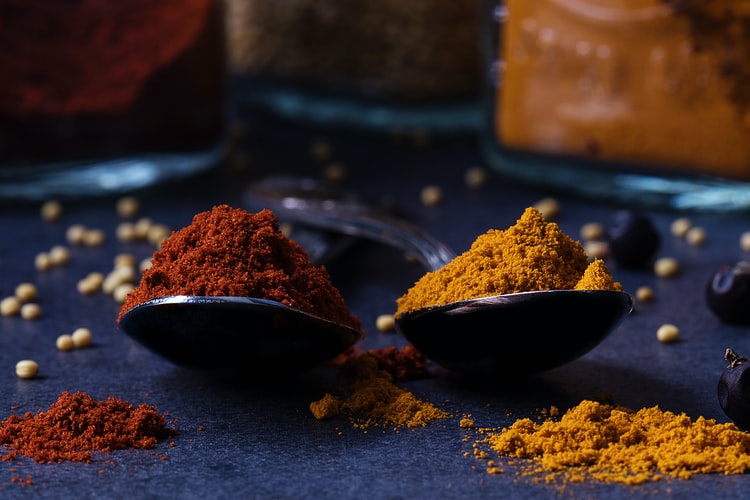 Turmeric has a warm, bitter, and peppery taste on the tongue and an earthy mustard-like aroma. Its texture is oily due to the high curcumin contained in it. This curcumin is responsible for coloring in your food. Apart from its use in culinary, it has plenty of health benefits and can also be used in dyeing fabrics. Turmeric is also a strong anti-inflammatory effect. 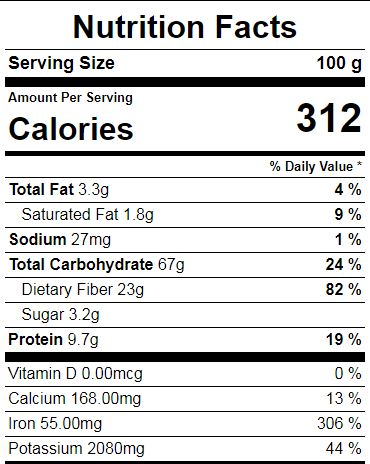 Turmeric is added in different recipes for its yellow-orange like color and its earth mustard-like aroma, and spicy flavor. Turmeric can be used in the following recipes to get the spicy flavor and color;

If you run out of turmeric by chance, you are at liberty to choose from a variety of substitutes to spice up your cooking. You should know that these substitutes might give you only one aspect of the turmeric. For example, it might give you the color effect of turmeric but not the aroma or taste. This means you will have two use more than one substitute in some dishes. Some of them include: 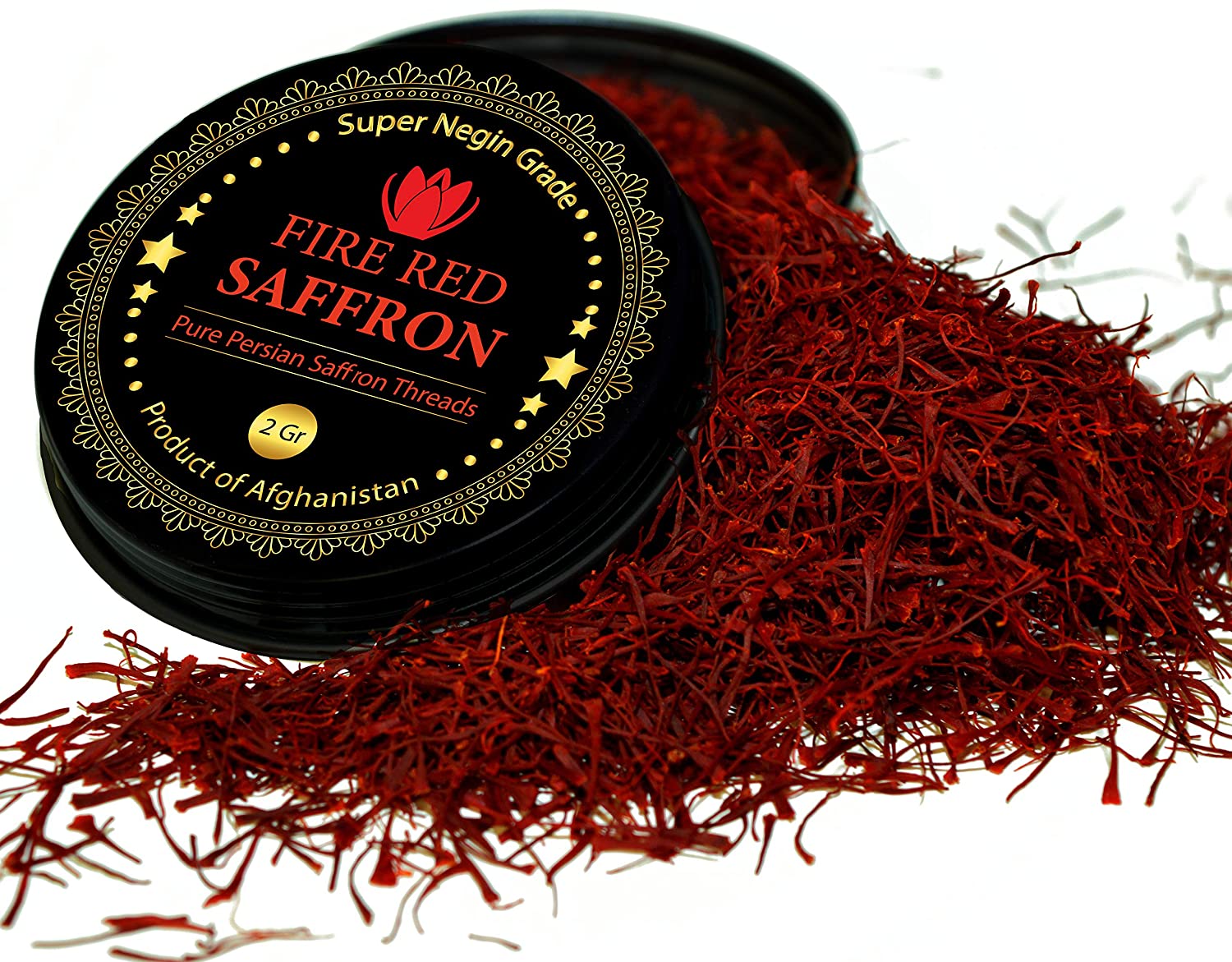 Saffron is a very expensive spice, which means it is not easily available. Saffron is the perfect substitute for turmeric in terms of color effect. It gives you the orange-yellow like color produced by turmeric. This product is the most expensive because it is hand-harvested over a shot season, i.e., once a year for just one week.

Saffron is not to be cooked. Else, it will lose its flavor. The flavor, although not similar to that of turmeric, can perform the trick. To use it, ground about ten strands of saffron with one tablespoon of lukewarm water for about 15 minutes. You are to pour this mixture at the end of your cooking, then cover your cooking container. 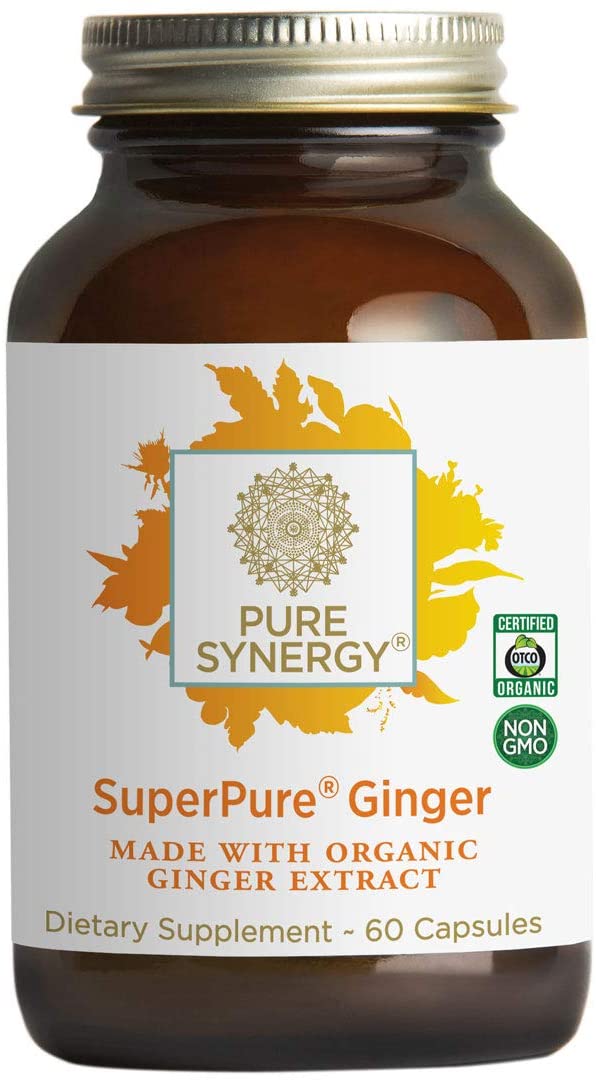 Ginger is a fine substitute for turmeric in terms of flavor and functions. Just like turmeric, it helps in fighting nausea, muscle cramp and has other healthy nutrients. This can be included in your everyday diet to boost immunity.

Ginger powder can be used to marinate meat and vegetables. When using ginger in its fresh form, be sure to chop it into very small pieces to avoid biting into a chunk while eating. This can prove to be a rather bad experience. 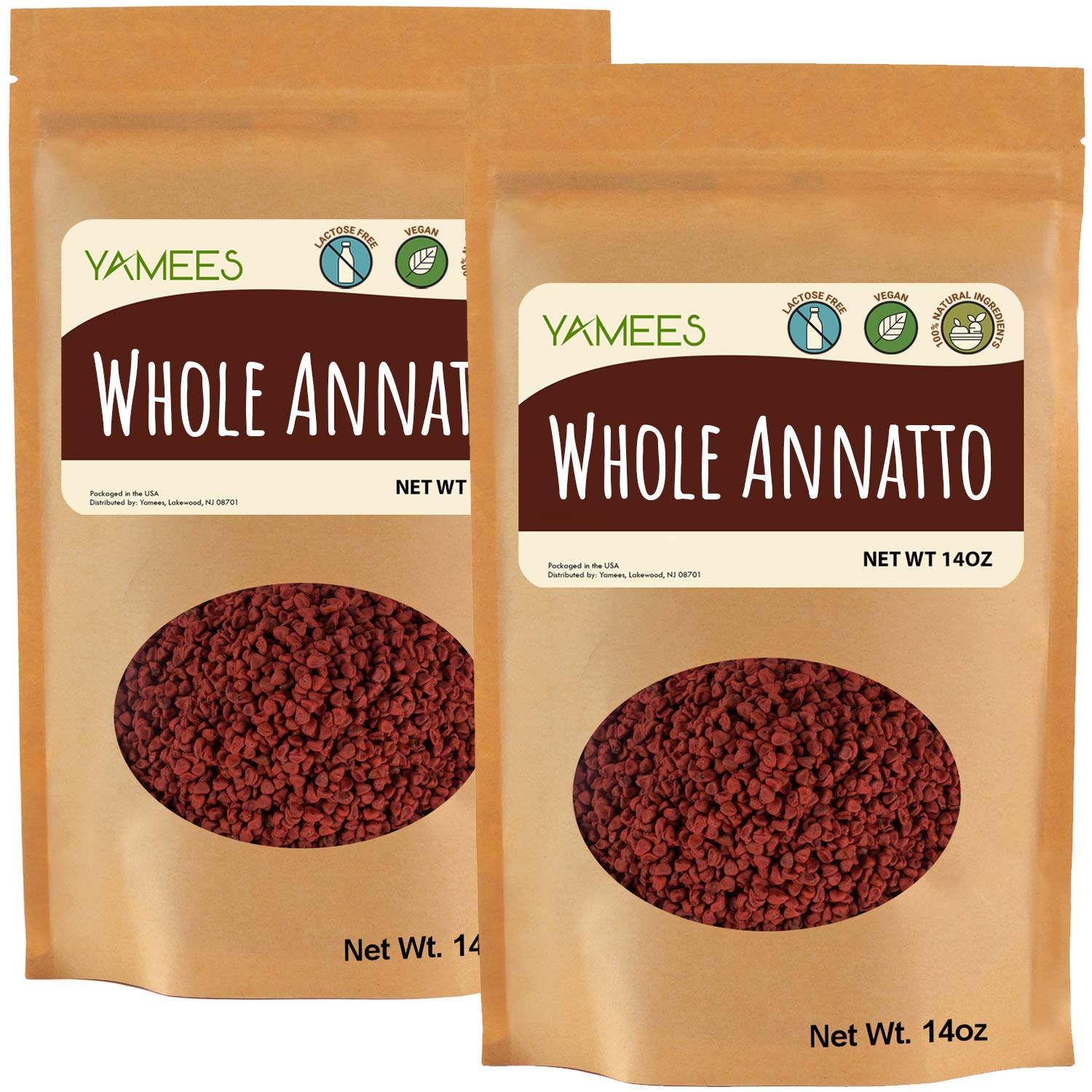 If turmeric’s color effect is what you want for your meal, but you are out of turmeric, annatto is a very good substitute for turmeric. It gives you the desired color, just like turmeric would. Annatto is gotten from the seeds of the achiote tree, which are orange-yellow like in color.

Annatto is very rich in antioxidants that help relieve heartburn and high blood pressure. To add color to your dish, use annatto at the beginning of your cooking, either directly to the oil or as a marinade. 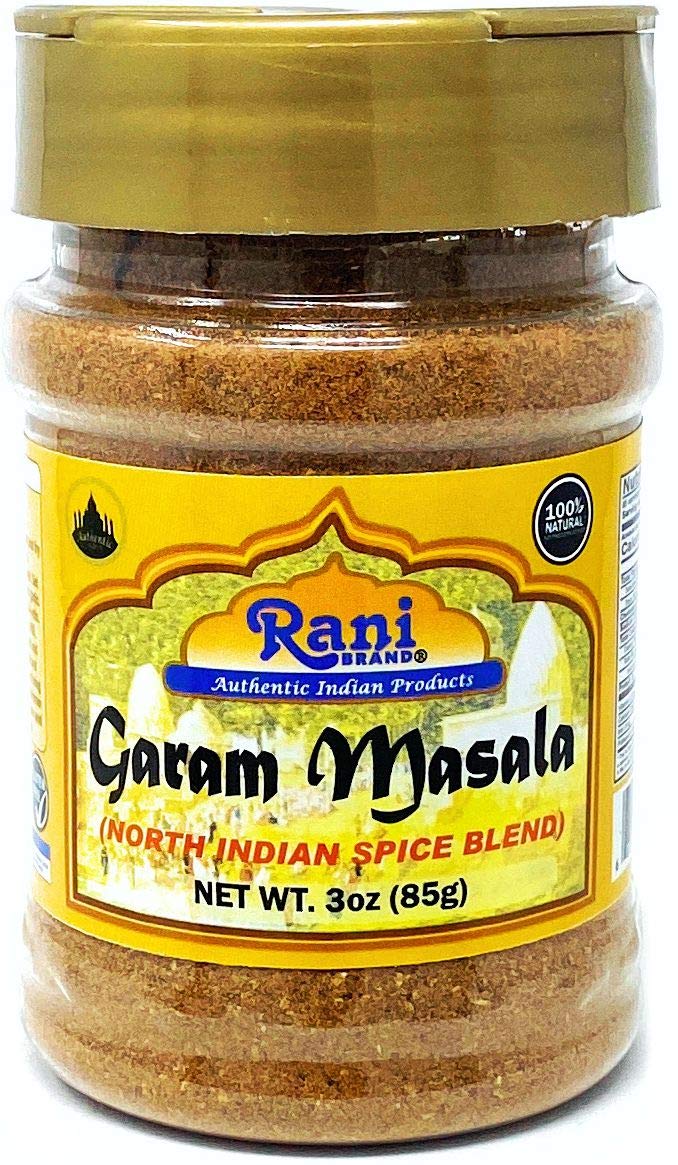 Garam masala is an Indian ingredient that translates to hot spices. It is a combination of cumin, cardamom, cinnamon, clove, and black pepper. This ingredient has a spicier flavor and is to be used in a lesser quantity.

When this substitute is also not available, the next step is to buy the spices that constitute it then ground them to produce the homemade version. 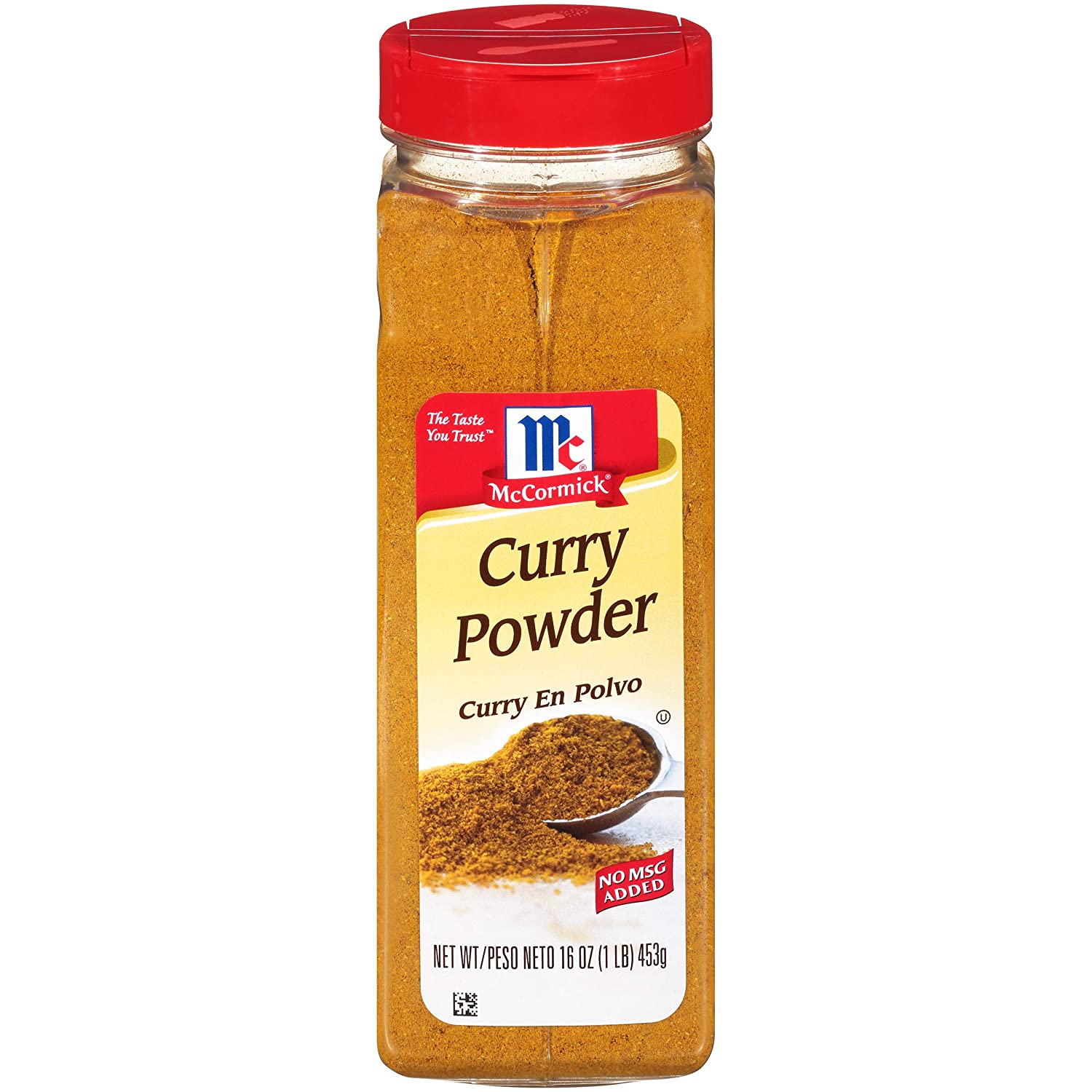 Curry powder is a combination of different spices and is thought of as a simple substitute for turmeric by many people. Curry powder is, however, not the best choice just because it has turmeric in it. It has spices like cumin, turmeric, and fennel. As a result of this, the dish tends to have a flavor much stronger than that of turmeric.

To use it, one tablespoon of broth, coconut milk, or plain water should be mixed with one teaspoon of curry powder to make a slurry, which should be added at the beginning of the cooking.

Substitute for Turmeric in Pickles

Turmeric primarily serves as a coloring agent in pickles. It produces a vivid yellow color. Pickles would come out brown when finished if not for turmeric. The ingredients that can serve the same purpose as turmeric in pickles include; Saffron, Annatto, or Safflower. They are all good substitutes in terms of producing color.

Substitute for Turmeric in Soups

Yellow rice is white rice in which color has been changed. This is achieved by adding turmeric to the rice. Turmeric is yellow rice that can easily be substituted with saffron to achieve the color effect.

Substitute for Turmeric in Cooking

Turmeric adds flavor and color to your cooking. If you are in a pinch and looking for a substitute, you can choose from these ingredients; if you are after color and flavor, saffron should be your first choice. If you want only the flavor, then cumin and ginger can do the trick. They cannot produce the color produced by turmeric, but they are good substitutes for flavor.

What can I sue as a substitute for turmeric?

You can use any of the following as a substitute for turmeric; Ginger Powder, Curry Powder, Cumin, Annatto, And Saffron.

Can I use paprika instead of turmeric?

You can use paprika instead of turmeric, but this substitute works well when combined with mace. Smoked paprika produces the color, while the mace produces a spicy flavor similar to that of turmeric.

Can I use curry powder instead of turmeric?

Curry powder can be used instead of turmeric, but you should bear in mind that curry powder has a stronger flavor due to its constituents. But it provides the same effect as turmeric when used correctly.

Can I substitute turmeric for cumin?

Cumin can be used as a substitute for turmeric because they both have a similar flavor, but in terms of color, cumin cannot do the trick. This is because cumin has a yellow color, whereas turmeric has a yellow-orange like color.

A lot of reasons can lead to finding a substitute for turmeric. It can be an inability to find, resulting from allergies, or it just doesn’t taste good to you. It should be known that these substitutes might be able to give your one effect of turmeric while leaving the other effect out. For example, one ingredient might substitute for turmeric in color but not in flavor. Whatever your reasons are, this is your guide.