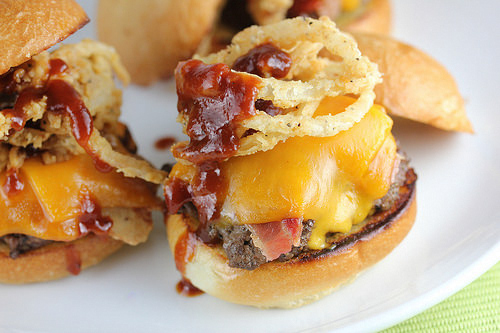 These western burger sliders are topped with cheddar cheese, bacon, homemade onions rings, and BBQ sauce. The burger patties can either be fried in the pan, on a griddle or grilled on an outdoor grill. The best part about this recipe is the homemade onion strings. The onion strings require a little bit of work but it is well worth the extra effort. Thinly sliced onions are dipped first into buttermilk and then rolled in a seasoned flour mixture. The breaded onions are then fried in hot oil until crispy. You can use your favorite BBQ sauce for this recipe. These little burgers make another great recipe for football season. Enjoy. 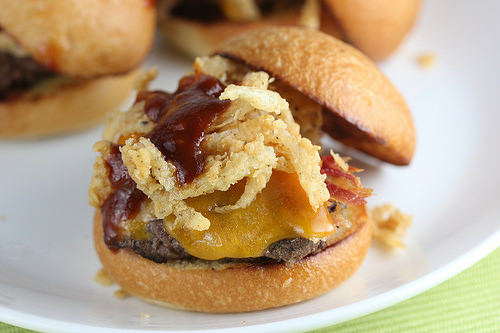