Vegetable shortenings lack the flavor of butter. As a result, you will not get the buttery flavor you would if you used butter as a shortening.

If you don’t have shortening but want to bake a cake or a pie, some of the substitutes in this article can help. Butter, margarine, lard, coconut oil, palm oil, olive oil, avocado oil, sesame oil, safflower oil, and vegan butter are acceptable substitutes. 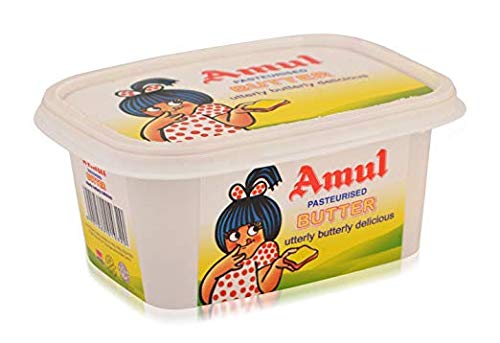 Butter is the most commonly used substitute for vegetable shortening because it adds a buttery flavor and a smooth texture to baked goods. It is made from milk fat and contains little water but a lot of saturated fats. 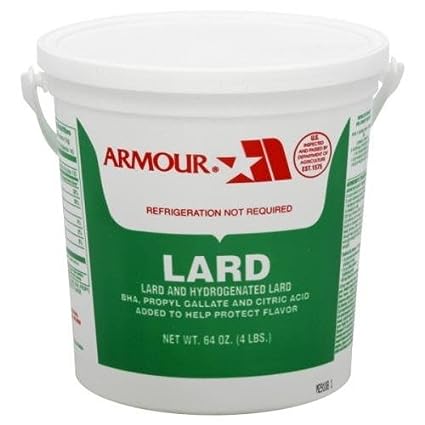 We can use lard if you don’t mind eating animal products. In many recipes, We can use it in place of shortening. Lard is made from pork fat and contains a trace of water.

As a result, it is suitable for deep-frying, baking, roasting, sautéing, and grilling. You can make delicious biscuits, pies, cookies, bread, and various savory dishes. We can substitute one cup of vegetable shortening for 1 cup of lard. 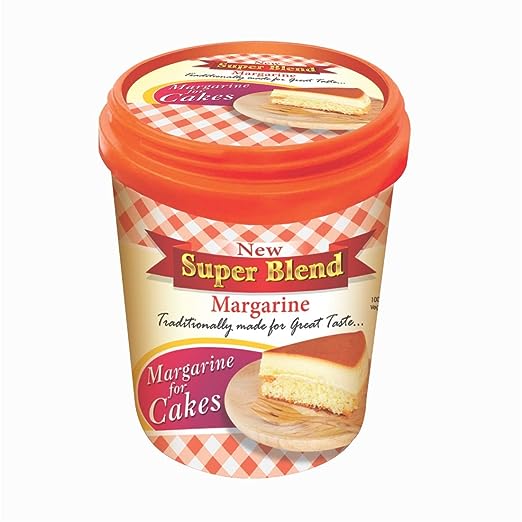 We can use margarine to make cakes, cookies, and bread. However, it is not recommended for frying. If you want to substitute margarine for vegetable shortening, use 80 percent fat margarine. Your baked goods will be flat and have a different texture if low in fat. 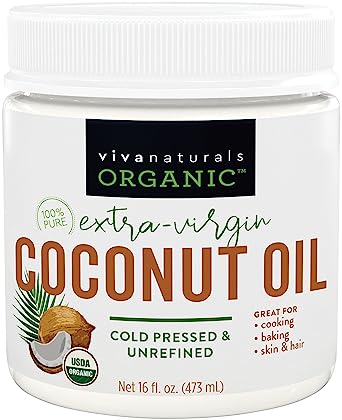 If you don’t mind the coconut flavor in your food, you can use coconut oil in place of vegetable shortening. This oil contains a lot of fat, and at room temperature, it is solid. 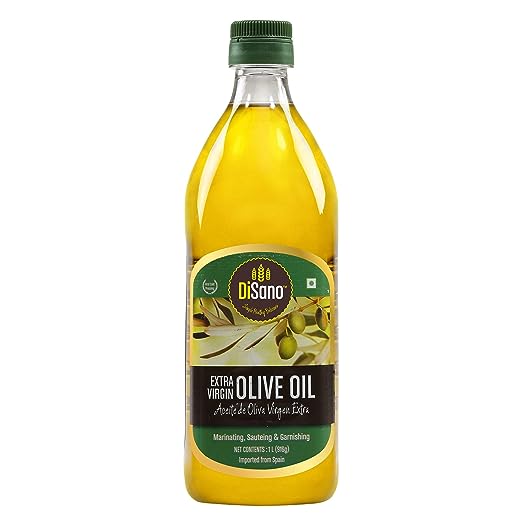 Olive oil is a popular cooking oil because of the flavor and texture it adds to dishes. If you don’t mind the strong flavor, you can use it in baking. This oil contains a lot of antioxidants, vitamins, and minerals.

Olive oil is high in healthy fats that are good for your heart and cholesterol levels. We can use one cup of olive oil in place of 1 cup of vegetable shortening. 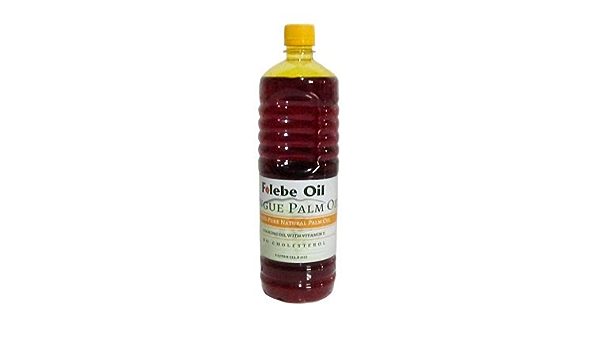 This oil, made from the fruits of oil palm trees, is also used in cooking as vegetable oil. It has a savory and earthy flavor and is high in fat.

Because of its high smoke point, palm oil is ideal for baking, frying, and sautéing. Palm oil baked goods have a creamy, crispy texture and an earthy flavor. As a substitute for vegetable shortening, use a 1:1 ratio. 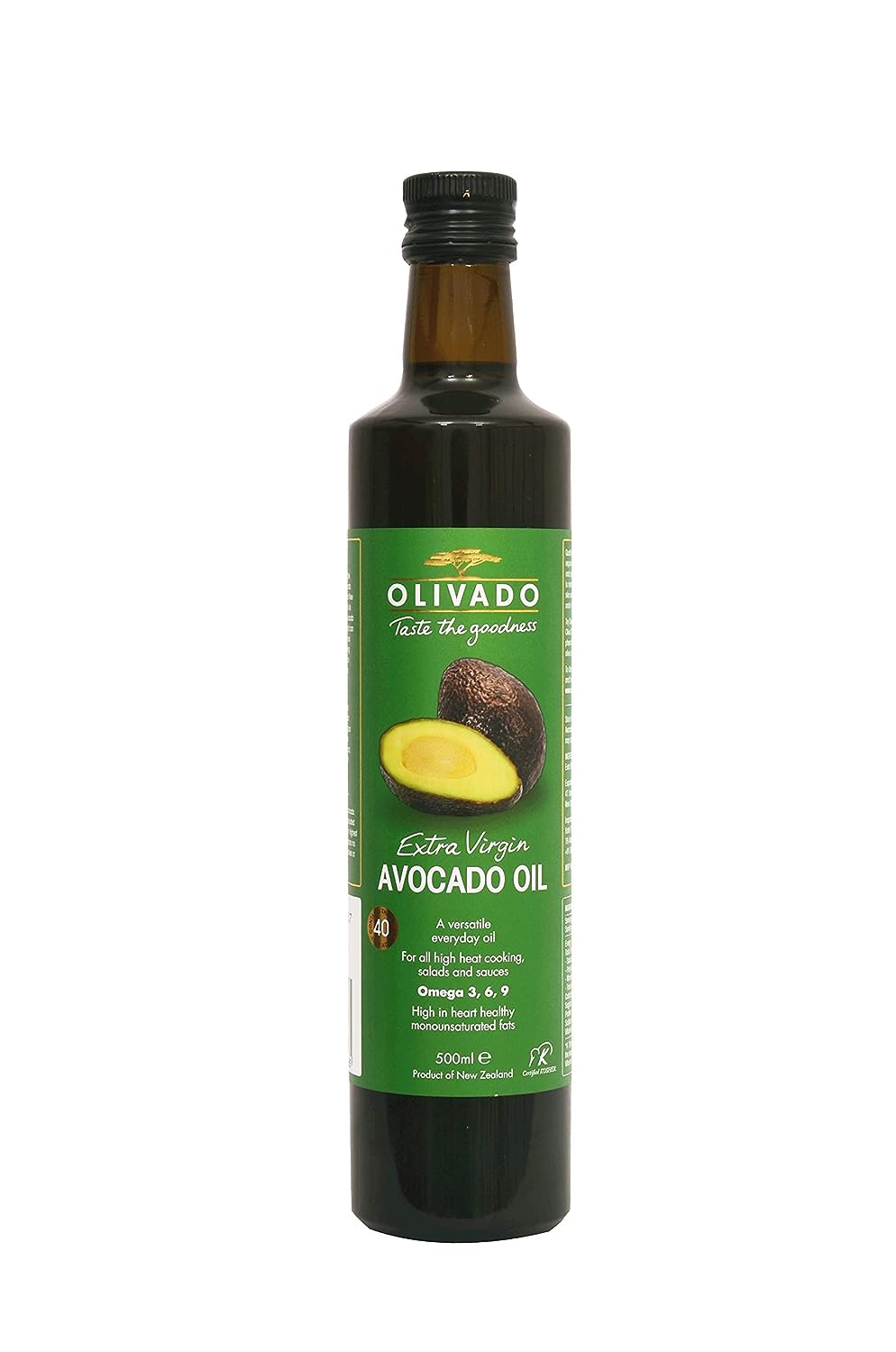 Avocado oil, like olive oil, is high in healthy fats and antioxidants. Because it has a high smoke point, it is suitable for frying, baking, sautéing, and roasting.

Avocado oil gives food a mild, nutty flavor and a creamy texture. We can use avocado oil in place of vegetable shortening in a 1:1 ratio. 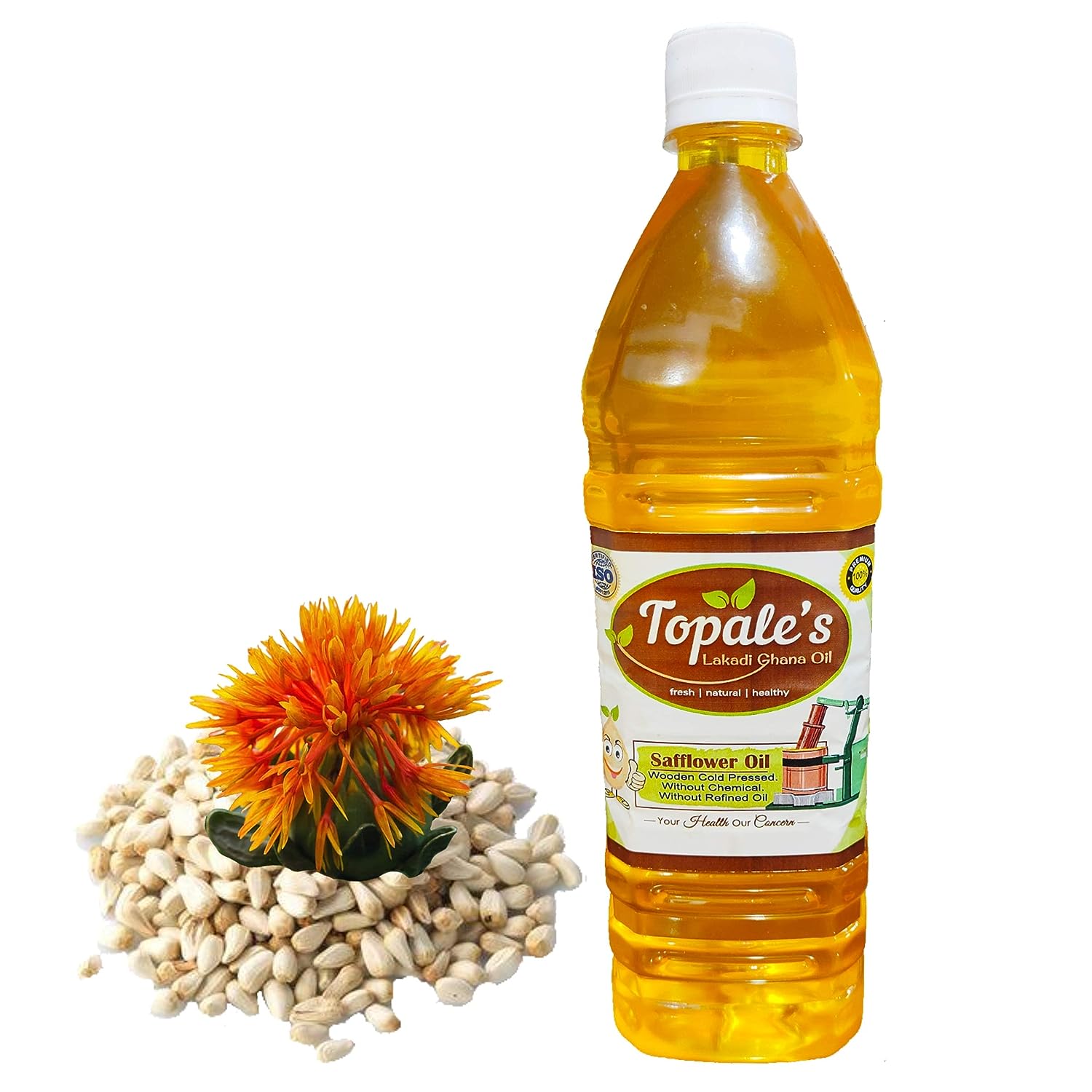 The smoke point of safflower oil is high, and the flavor is neutral. As a result, it is appropriate for baking, frying, and cooking at higher temperatures. This oil, made from safflower seeds, contains unsaturated fatty acids beneficial to heart health. We can replace 1 cup of vegetable shortening with 1 cup of safflower oil. 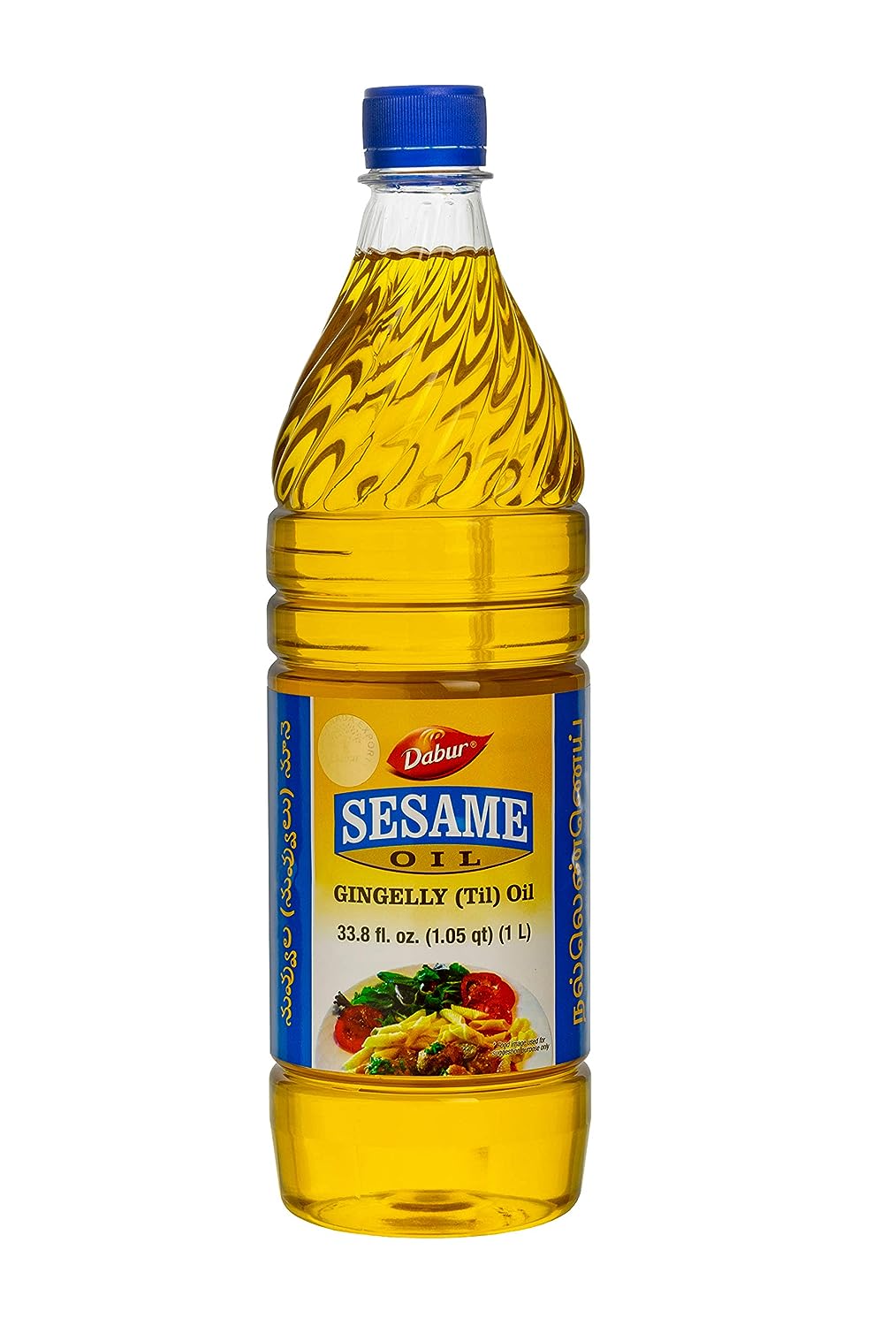 Sesame oil is a pale yellow vegetable oil made from sesame seeds with a nutty flavor. It has a high melting point. As a result, it can be used for frying, baking, and sautéing. 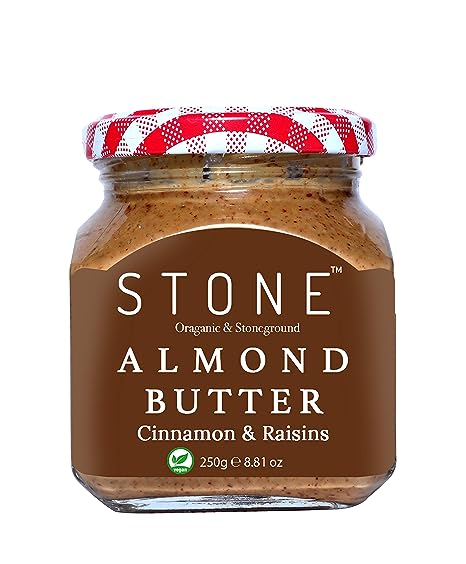 Vegan butter is made from vegetable oils such as olive oil, coconut oil, avocado oil, palm kernel oil, or oils mixed with water. This butter also contains colorings, flavors, salt, and emulsifiers for a better flavor and texture. 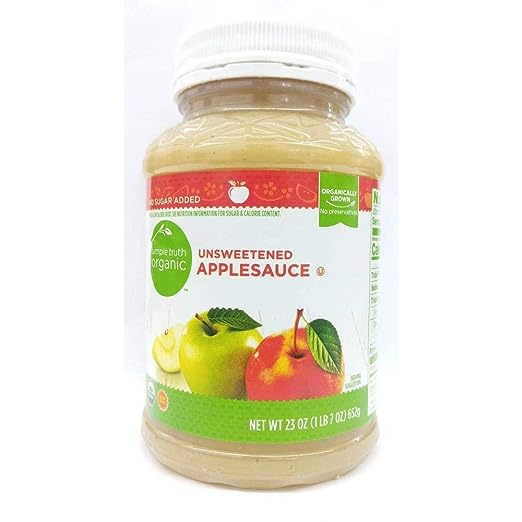 In sweet baking recipes, you can substitute applesauce for shortening to increase the density of your creations. Half a cup of applesauce equals one cup of shortening.

Shortening coats the flour and prevents gluten formation, resulting in a flaky crust. The vodka hydrates the dough just enough to keep it together when rolling out the crust, but it evaporates quickly in the oven, resulting in even more flakiness.

Lard is the traditional tamale shortening: it keeps the tamale dough light when whipped into the masa harina and adds flavor.

Butter prevents gluten from forming when the dough is mixed in our Butter Spritz Cookies, and it is also the main flavor. Confectioner’s sugar creates an unusually smooth, soft dough that easily squeezes through the cookie press.

Instead of water, vinegar hydrates this dough, which, when combined with the butter, effectively prevents gluten formation, resulting in the most tender, flakiest crust imaginable.

What is Baking Shortening?

When fat is worked into the flour, long gluten strands are prevented from forming as the dough is handled. Consider how crumbly and gooey shortbread cookies are. They practically melt in your mouth and crumble if you break one with your fingers. They have the exact opposite texture of chewy bread, which contains long gluten strands and is referred to as a long dough.

Many pie crusts rely heavily on shortening to make them extra flaky. The purpose of fat in pie dough is to separate the layers of flour and water. The longer the solid fat holds the matrix apart, the more air pockets form, which we perceive as flakiness. Because it has a higher melting point than butter, shortening remains solid for longer.

Can you Substitute Vegetable Oil for Shortening?

We can substitute vegetable oil for shortening. However, if you use them in baking, the texture will differ. Because liquid fats react differently with flour than solid fats, you may need to add more flour or use less oil.

What is the Purpose of Vegetable Shortening in Recipes?

Vegetable shortening is a versatile ingredient that can be used as oil when melted in a skillet while frying chicken.

It is used to coat the flour in pie dough; it prevents gluten formation, resulting in the flakiest, most tender dough with tiny pockets of air that puff when baked.

What Role does Lard Play in Recipes?

Lard is used in recipes in the same way that vegetable shortening is: for frying foods like chicken, corn chips, and French fries. Many people would prefer to have their fries and chips fried in lard if given the option.

Many years ago, lard was the preferred shortening for pie crusts because it was solid. There was no such thing as vegetable shortening, and butter was more expensive than lard.

What Function does Butter Serve in Recipes?

Because it has a low smoke point and contains a lot of water, butter is not ideal for frying.

However, because of the flavor, it imparts to recipes, it is an excellent shortening for baking. An all-butter pie crust is delicious, but some bakers combine butter and vegetable shortening in equal parts for the best of both worlds. When butter is creamed with sugar in cakes and cookies, it adds tenderness and, in some cases, a delicate crumb: Scottish shortbread is a good example of how “short” a cookie can be.

Can Vegetable Oil be Used in Place of Shortening?

What are the Uses of Shortening?

Shortening has a variety of culinary applications in the kitchen, some of which are listed below.

Shortening has a high smoke point, making it ideal for high-heat cooking such as deep frying. It is frequently used in battered and deep-fried dishes to help the battered food retain its shape and crisp up. Remember that the composition of your shortening can affect how much heat your food can withstand. Vegetable shortening made entirely of cottonseed oil, for example, has a slightly lower smoke point than shortening made entirely of soybean oil.

Shortening is a better choice for frosting than butter or oils. Mix sugar, vanilla, salt, and milk directly into shortening to make an icing that won’t melt all over your baked goods if left in warm temperatures.

There are four main types of shortening, each with its own set of cooking characteristics and specifications.

All-purpose: Cottonseed and soybean oil are commonly used to make all-purpose shortening, which may or may not contain emulsifiers. It is primarily used for cooking and baking on a small commercial scale or at home.

Liquid: Liquid shortening is made entirely of soybean oil and is frequently used in recipes that call for melted shortening. The liquid form of shortening is also suitable for deep frying but not for pastries because it does not allow for the formation of air bubbles.

Solid: Solid shortening is ideal for baking, and it traps air bubbles in the dough, preventing the flour from absorbing too much moisture. This produces more leavened dough for breads or puffed pastries and helps cookies keep their shape.

Cake/icing: This shortening has a higher fat-to-emulsifier ratio, which helps baked goods like cakes retain moisture. Using shortening for frosting keeps your icing from melting too quickly.

Aside from the common substitutes listed above, olive oil is said to be the best option for replacing an oil. Because of its distinct flavor, this option is best suited for savory baked goods. Another option is applesauce, but you would use about half the amount compared to the amount of shortening required.

If you run out of shortening, don’t worry; keep in mind that some shortening substitutes may affect your baked goods’ flavor, rise, or crumb. Enjoy your cooking!