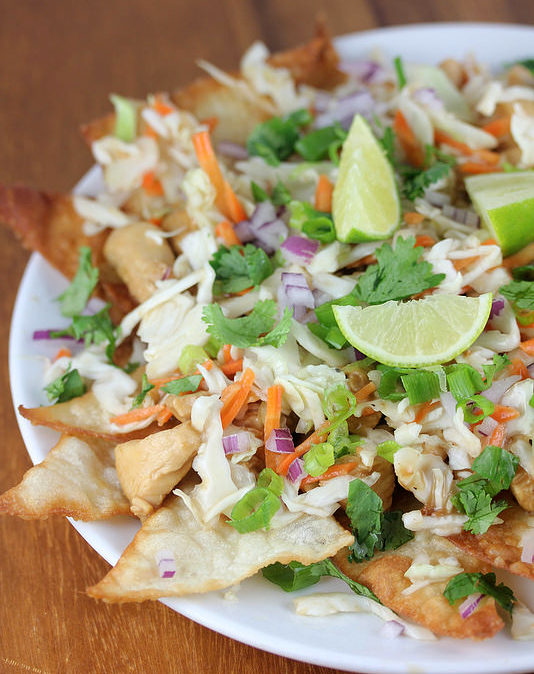 If you love the Wonton Chicken Tacos from Applebee’s these wonton chicken nachos are perfect for you. These nachos are topped with Chinese style chicken pieces with sauce, slaw, cilantro and red onion. A squeeze of lime juice really tops off the flavor nicely. Wonton wrappers are sliced in half and then fried in oil. The chicken is marinated in ingredients such as soy sauce, teriyaki sauce and stir-fry sauce and then cooked on the stovetop until done. Enjoy. 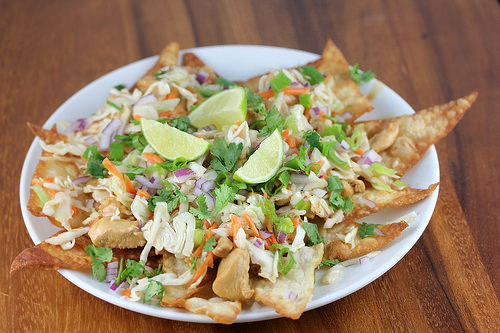 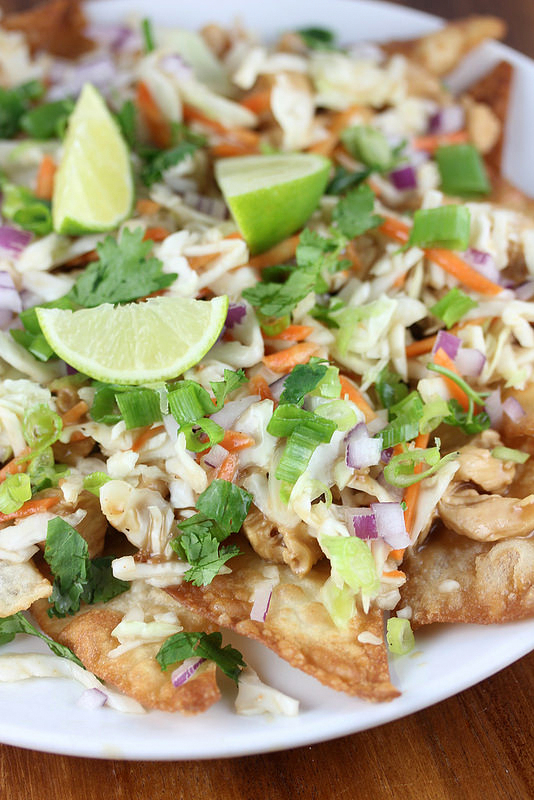 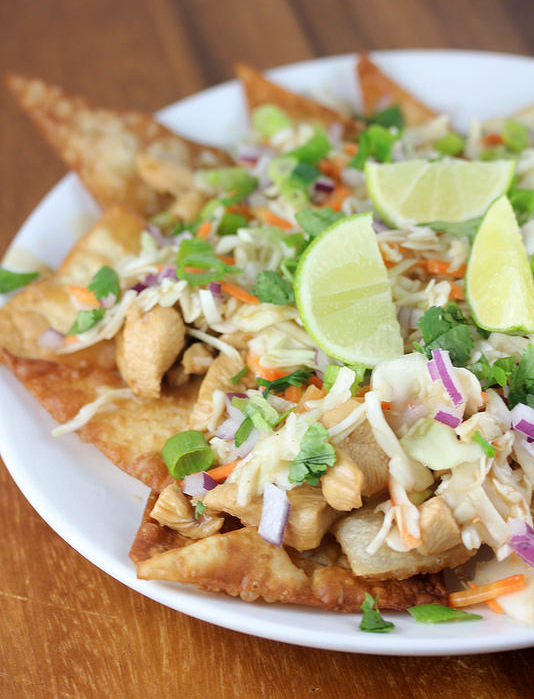