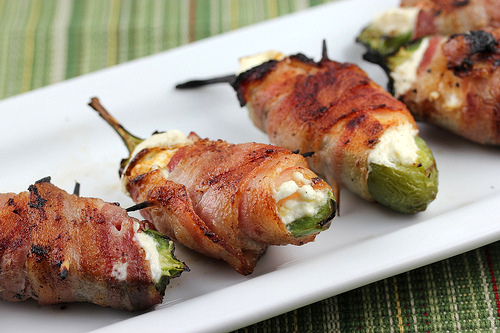 One of the best-grilled appetizers is bacon wrapped jalapeno peppers. This recipe is so easy to make and it only consists of 3 ingredients; fresh jalapenos peppers, cream cheese, and bacon.  The jalapeno peppers are first sliced in half then seeded, stuffed with cream cheese, wrapped with bacon and grilled. You should consider wearing gloves when slicing and seeding the jalapenos because they can burn your hands. With the playoffs coming up and the super bowl near this is a perfect recipe for game day. Enjoy. 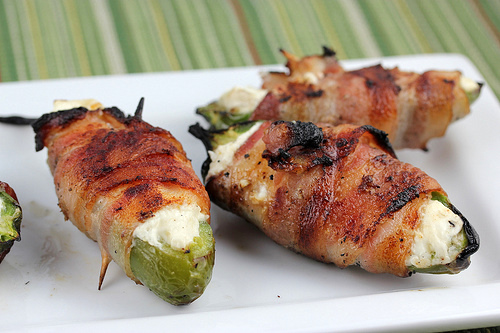 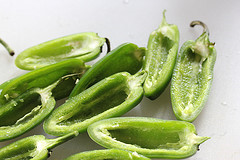 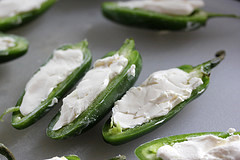 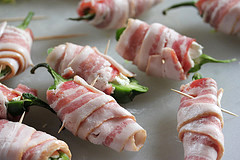 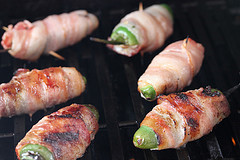