The spiciness is the key to every warm-flavored dish and is why peppers are the leading contenders in such recipes. And when it comes to mentioning highly-revered condiments, many lips will talk about Calabrian chili paste. Initially made famous by spicy Italian sausages at grocery stores, many food enthusiasts are starting to see it for more than that. As such, it has been commonly added to numerous recipes for lifting the flavor.

But when you can’t get a hand on Calabrian chili paste, other pepper substitutes can still work. And we’ll mention some critical contestants that’ll easily replace Calabrian chili paste in any recipe. But what’s in this condiment? And why is it such a highly-desired inclusion in numerous dishes?

Calabrian chili paste is made primarily from Calabrian chilies, peppers natively grown in Calabria, Italy. These peppers are synonymous with Italian cooking history and are mainly processed by drying and crushing. But the paste is also made from a batch of dried Calabrian peppers by crushing them with olive oil. And in some cases, vinegar and salt can be added to the paste for a more flavorful kick.

Calabrian peppers are also called Peperoncino, and they contribute their deep red color to the paste’s hue. The fruit is also considered hot, reaching around 25,000 to 40,000 on the Scoville scale. This parameter is more impressive, considering how the paste is eaten as a staple diet in the region. And the peppers are so intertwined with Calabrian history; the city hosts an annual festival to honor them.

Calabrian chili paste is incredibly versatile due to its flavor profile. The dried peppers contribute a fruity, smoky flavor, while the oil and vinegar or salt base add a touch of umami. And when combined with its spiciness, the result is an exquisite blend of flavor effects that lifts the presence of any dish.

It’s why Calabrian chili paste works in almost anything, from meat to fish and vegetables. They’re also perfect for spicy pastries and work perfectly well on grains as well. The heat level of the paste combines well with the mildness of tomatoes, making it a regular addition to Italian tomato-based stews. It’s also probably why the paste is a common addition to pasta recipes and pizzas and casseroles. And these are some of the many aspects you can employ the condiment, with others including;

Calabrian chili paste may be hard to find at grocery stores. And most times, you may not have the liberty to search for it when you need some for your dish. Plus, not everyone can stand the heat level of this spicy condiment. In any of these cases, you can try out these alternatives for your recipes. 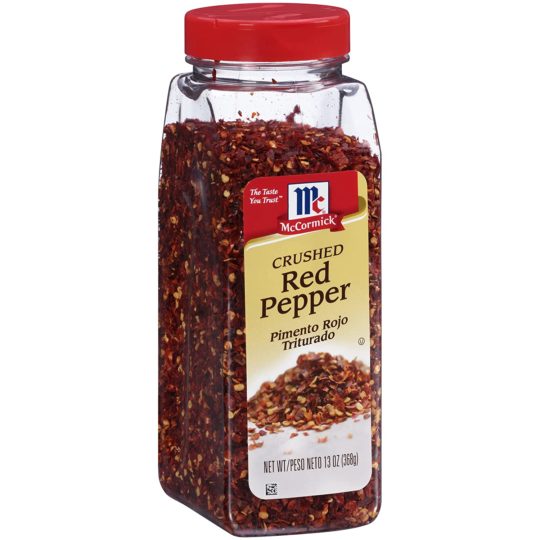 You can employ equal amounts of red pepper flakes to replace Calabrian chili paste in any recipe. But if you’re worried about the dryness, consider turning it into a paste first. Measure equal amounts of red pepper flakes, and drizzle it with a bit of olive oil. Then, add a pinch of salt and combine until it forms a paste similar to the original thing. 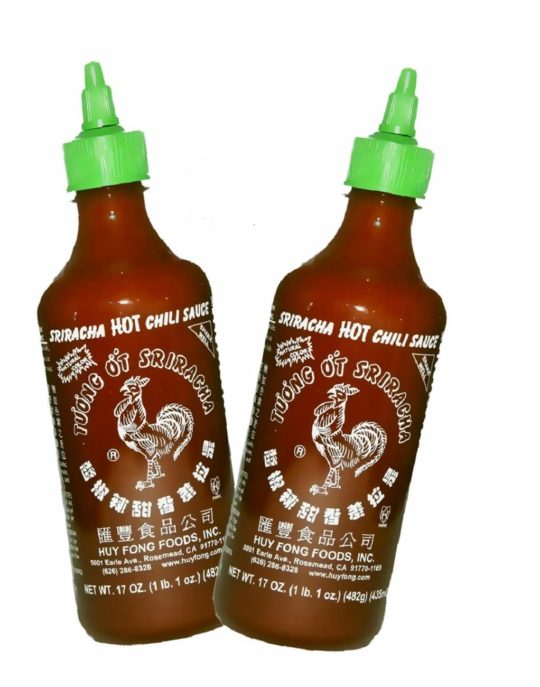 For those who aren’t bothered about the fiery nature of Calabrian chili paste, Sriracha hot sauce also makes an excellent replacement. Renowned for its thick consistency and intense heat, this condiment has been a regular feature in many savory dishes. As such, Sriracha hot sauce makes a splendid substitute for Calabrian chili paste in sauces, soups, and casseroles. And it can also play well with stews, ragu, hummus, and even a spicy coating for chicken and fish.

Sriracha hot sauce also has a thickness that’s close to Calabrian chili paste, and as such, won’t affect consistency much. Plus, it’s easy to find, and you can pick a bottle of it in any grocery store without hassle. Sriracha hot sauce may not be as smoky-flavored as Calabrian chili paste, but their pepper bases share a semblance in taste. As such, use equal amounts of it in place of the paste for all dishes. 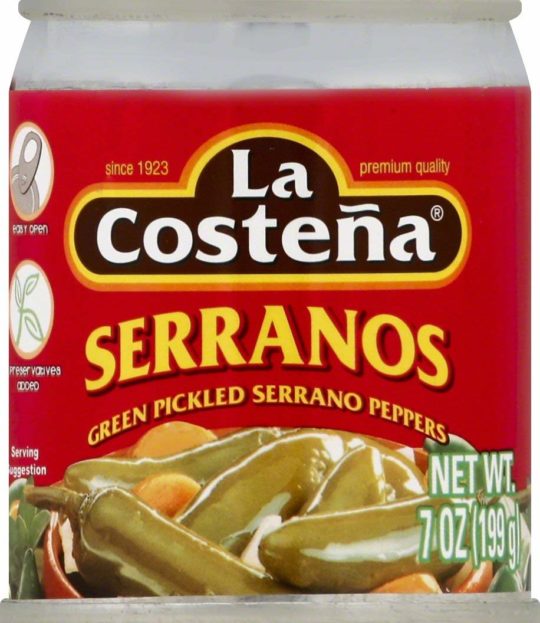 This Mexican pepper is a popular inclusion to almost every salsa, chili, pesto, and spicy seasoning mix. And it’s nearly as hot as Calabrianchilis, so you won’t lose much of spiciness in the trade-off. Serrano peppers look like jalapenos but are somewhat shorter. And they’re a popularly found fruit, which you’ll see in virtually every grocery store and farmers market.

Processed Serrano offers a mild smokiness and fruitiness that’s similar to the taste of Calabrian chilis. Plus, the heat combines with these properties to make them a convincing substitute. So, you can use crushed dried Serrano peppers or measure equal parts of them and blend them with olive oil. Then, toss a pinch of salt to the mix, and you have a fantastic Calabrian chili paste alternative for every dish. 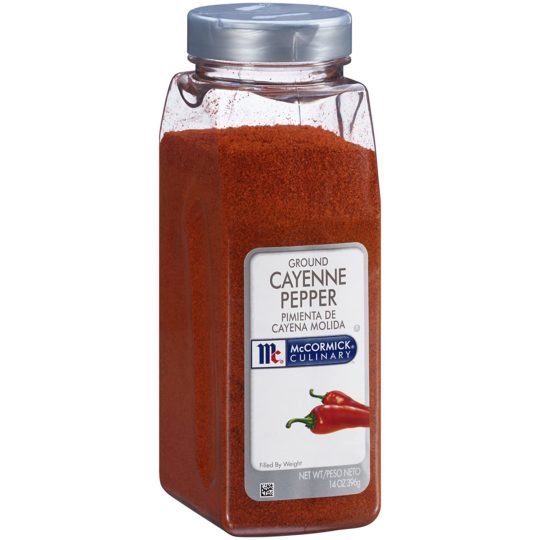 Sometimes, what you need is a quick-fix solution, and in this case, the combination of these ingredients works splendidly. They blend their distinct properties to create a result that serves well in place of Calabrian chili paste. Ketchup is thick and will behave as Calabrian chili paste in most recipes. And cayenne pepper has a decent amount of heat, which contributes to the ketchup for spiciness. But while you won’t get as much heat as expected from Calabrian chili paste with this option, it’s perfect for people who don’t want as much.

So when in doubt, combine two tablespoons of ground cayenne pepper with one cup of ketchup. This composition should be enough to replace a cup of Calabrian chili paste, and you can measure as you want henceforth. But note that ketchup also contains sugar, so that this substitute may lean a bit to the sweet side. But its flavor semblance works in many dishes, including pizzas, sauces, pasta, and stews. 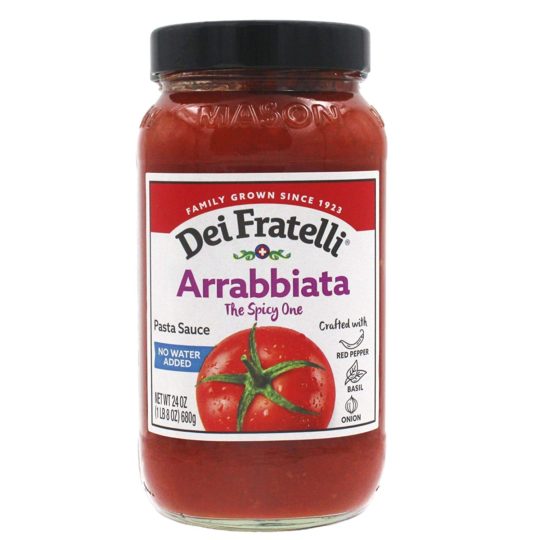 Sometimes, you may want the pasty consistency and spiciness of Calabrian chili paste in your recipe. And when you don’t have it, tomato paste is the closest thing to match its thickness. But you’ll need to tweak its flavor to a hotter state, so the addition of chili powder will do. And you can use any type you prefer, though red pepper flakes or cayenne pepper are exceptional choices.

What you do is combine a can of tomato paste with as much ground pepper or flakes as you prefer. The spiciness of this Calabrian chili paste substitute will depend on your preference, of course. This suggestion makes spicy tomato paste a highly flexible alternative for many recipes. But expect a hint of sweetness from the tomato paste base in the mix when you’re done.

Can I substitute sambaloelek for Calabrian chili paste?

Yes, you can. Some recipes rely on the extreme heat this condiment has to offer. But sambaloelek works best when the amount of the paste called for is minimal.

In the pantry, the paste can hold for up to a month. But it’s best kept in the fridge, where it would keep longer between uses. And in such storage, Calabrian chili paste can last for six to nine months.

What can I substitute for Calabrian chili paste?

While these substitutes above make excellent replacements for Calabrian chili paste, Red Anaheim peppers are another helpful addition. You can use them as-is or combine the crushed form with olive oil to form a pasty consistency. And you’ll need about thrice the amount as Anaheim peppers are much milder. But they’re great for those who can’t stand the flaming hotness of Calabrian chili paste.

Italian cuisines have been renowned for praising the consistency and versatility of Calabrian chili paste. And recipes from numerous other regions have been enhanced by its addition as well. But when you can’t get some for your cooking, it’s helpful to have these substitutes. And with them, you can choose to either spike or tone down the hotness of your various recipes.