The biggest problem with cooking lobster is sticking to the proper doneness time, and when this fails, you end up with tough, overcooked meat. And cutting down sufficient cooking duration can result in undercooked meat, which isn’t safe for eating. But it’s possible to prepare a delicious serving of properly cooked lobster, and here, we’ll give you the timing tips you’ll need. 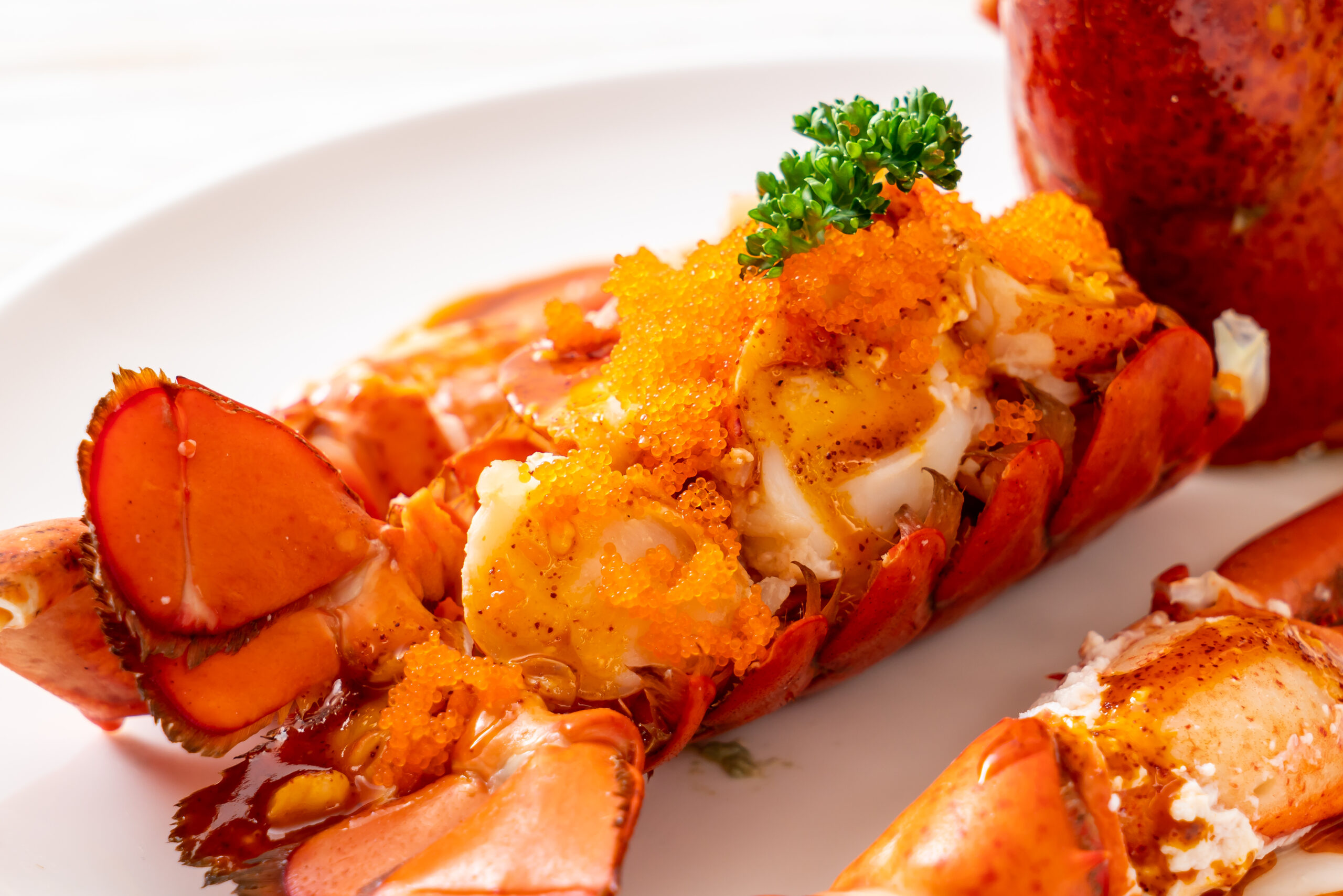 How to Humanely Dispatch a Lobster?

You can’t have the lobsters killed before bringing them home, as the meat decomposes faster than most others. So, you’ll have to kill it immediately before cooking. If you’re worried about such, there’s a humane way to do it. First, keep the live lobsters in a freezer for 15 minutes, so they go into induced sleep. Then, either dunk them headfirst in hot water or drive a knife through the cross mark on its head.

Lobsters excel with a rich slather of butter on the flesh, especially if you’re cooking them with the shells opened. And this method also accommodates the addition of spices and seasonings. But lobsters can also be boiled in salted water, cracked open, and dipped in a herb butter mix before eating. The dip may be a combination of different seasonings and spices, or a base of melted butter, thyme, pepper, and salt.

Cooking Methods and Times for Lobsters

You can boil, steam, or blanch lobster on the stovetop, depending on your preference. But it’s important to pick the right pot size, so the lobsters have room to cook. Ensure to pick a very large pot that provides at least half its volume as room for cooking. And if you don’t have such, cook the lobsters in batches.

Boiling- Fill a large pot with water up to two-thirds its depth, and add two tablespoons of salt per quart. Let the water roll to a boil, and plunge the chilled lobsters, head first, inside. The cooking time depends on the size of the lobster and can be noted below;

Additional checks for doneness will still be necessary, regardless of cooking time.

Steaming- Put some water in a large pot up to two-thirds its depth, and add two tablespoons of salt for every quart. Let the water roll to a boil, after which you can steam the lobsters in two ways;

Steaming takes seven minutes per pound to steam, with an additional three minutes added for every extra pound cooked. By this parameter, you can check for doneness using the cooking time chart below;

Remember to use the same timing regardless of whether you’re boiling or steaming one or multiple lobsters in the pot.

Blanching– Fill a large pot with water up to two-thirds its depth, and add two tablespoons of salt per quart. Let the water roll to a boil, and plunge the chilled lobsters, head first, into it, then cook for two to three minutes. Then, drain the lobsters and dunk them in an ice bath. The blanching process allows you to cook lobster enough so the meat can be removed for storage or other recipes.

Split the dispatched lobsters halfway lengthwise from the head down. Crack the claws just enough that the shell breaks without crushing the meat inside. Remove the liver and coral, ad rinse the halved lobsters under running water. Then, grease the rack and prep the grill to 350F, season lobster meat, and grill with the shell side down for six to eight minutes. The lobsters are done when the meat turns opaque at the thickest part of the tail.

Prep the oven to 400F, cut the dispatched lobsters open lengthwise, then remove the stomach and roe. Arrange the lobsters on a roasting pan, shell-side down, and season as desired. Then, bake them at 22 minutes for one pound, 25 minutes for 1½ pounds, and 27 minutes for 2 pounds and above. The cooking time is for every lobster in the pan.

Cut the lobsters open lengthwise from the head down. Spread the shell and clean out the stomach and roe, then crack the claws so the shells break. Place the lobsters in a broiler with the meat side up, season as desired, and broil for 15 to 18 minutes. Broiling works best for lobster around one to two pounds, and this cooking time is inclusive of multiple lobsters in the broiler.

Put the dispatched lobsters in a microwave-safe freezer bag. Add a quarter cup of water and put a lemon spear on its rostrum. Tightly seal the bag, and cook at these given times;

You should only cook one lobster at a time in the microwave.