You’ll definitely love pressure cooking frozen chicken if you’re always looking for quick methods to get tasty dinners on the table. You can transform frozen chicken into an extremely wonderful and ready-to-eat food in only a few minutes using an instant pot. You and your constantly hungry kids would definitely love cooking chicken using this method.

If you’d like to try pressure cooking for the first time, no worries, we’ve got you covered. Simply pay attention to all the tips and recommendations we’ve provided in this article. Also, take note of the timing guidelines to follow for the best results. 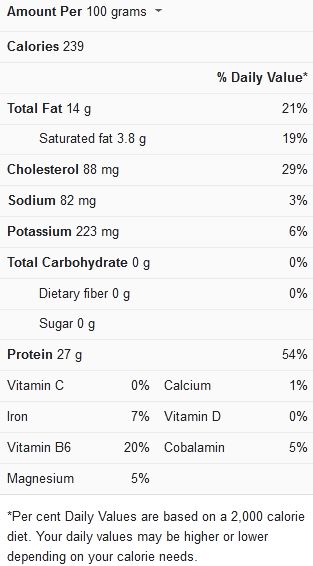 If you would like to pressure cook your chicken using an instant pot, you’ll need the tips we’ve outlined for you below:

Add some liquid – Make sure the Instant Pot has 1 cup of liquid in it. To cook your meal under pressure, you’ll need some liquid to create steam and pressure in the pot.

Don’t freeze after cooking – Food should not be frozen more than once therefore if you cook frozen chicken breasts, it is advised that you should not refreeze the cooked chicken.

Cooked chicken will typically keep in the refrigerator for 3 to 4 days.

Cooking fresh rather than frozen chicken – If your chicken isn’t frozen, follow the same cooking times and procedures described in the recipe. The only difference is that instead of a 10-minute natural release, you’ll conduct a rapid pressure release. The cooking process will halt faster with a quick pressure release than with a natural release.

To execute a quick pressure release, turn the steam release valve to the venting position using the handle of a long spoon as soon as the cooking time is up. Open the Instant Pot lid once the steam has stopped pouring out and the float valve has dropped. Check that the chicken is cooked through to a safe 165 degrees F using an instant-read thermometer.

If your chicken doesn’t get fully cooked – If the internal temperature of your chicken is less than 165 degrees F after cooking, cook it for another 1-2 minutes at high pressure. Because the Instant Pot is already hot, it will pressure considerably faster the second time. Ensure the lid is closed, and the steam release valve is set to the sealing position.

Estimating cook time – The cook time for boneless, skinless chicken breasts is determined by their weight and thickness, and cooking time will be longer for bone-in chicken. Cook chicken under high pressure at all times.

When cooking frozen meals, the Instant Pot will take longer to attain pressure than when cooking non-frozen items. It takes longer to heat up and pressurize the pot when the contents are cold (like frozen chicken). As a result, when the pot comes under pressure, the frozen chicken receives a few more minutes of cooking time.

Allow 10 minutes for the pressure to naturally release after the cooking time has ended. During this time, the chicken will continue to cook.

The entire cook time for this recipe is 37 minutes, including a prep time of 5 minutes and a cook time of 12 minutes. You can try this recipe with your family for quick and easy chicken meals. If you’d like more ideas on how to cook frozen chicken in an instant pot, then you may like to see this video recipe.