We’ve all been in a state where we come across an interesting recipe and want to try it out. We note the ingredients and follow the procedures to the letter. But halfway through, we realize we’ve made a huge mistake. An integral part of the recipe is missing, and we’re stuck.

This happens too when you’re dealing with a dish that calls for chicken broth. Forget about the stash you kept during the holidays because, besides those times, we barely keep such an ingredient in our pantry. Then, there’s the issue where we’re cooking for people who can’t consume it for some reason. Should this then mean we give up on this new adventure we’ve set forth?

Not really, because every ingredient in the pantry is replaceable, including chicken broth. And here, we’ll talk about the many substitutes that’ll offer a similar flavor profile as this tasty mixture. But before then, let’s ask the typical questions. So what exactly is chicken broth? And why do recipes call for its addition? 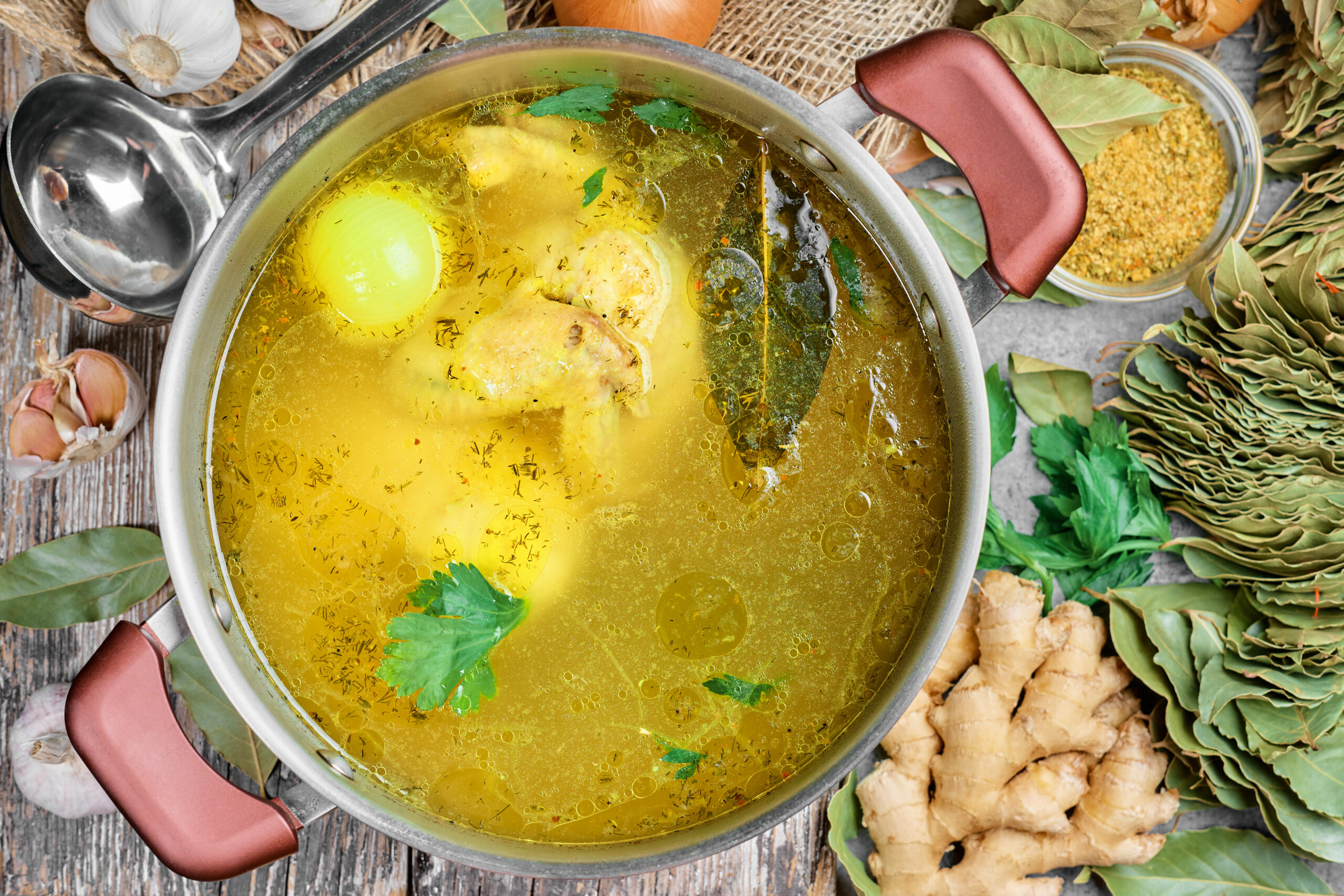 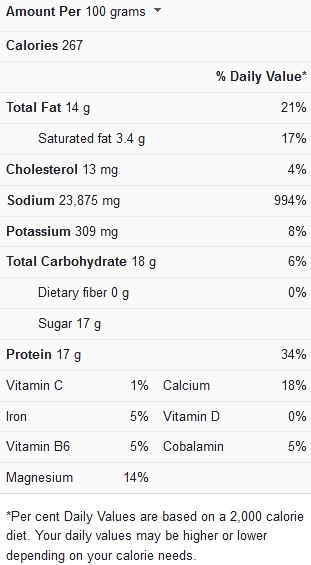 What is Chicken Broth?

Chicken Broth isn’t as complicated as most people fear, and it’s made by simmering chicken with various aromatics, including onions, garlic, carrots, and celery. Chicken Broth shouldn’t be confused with chicken stock, which mostly comprises liquid simmered from chicken bones and feet. And note that chicken broth is mostly richer in flavor, which is why it’s commonly called for in many recipes.

You can prepare chicken broth at home in your kitchen by combining the ingredients and cooking them on the stovetop. But most times, it’s more convenient to purchase a can or pack of it from the grocery store. Chicken Broth is synonymous with a deep poultry flavor, followed by s blend of umami and sweetness contributed by the meat and aromatics.

Umami and liquid consistency are the two main factors chicken broth contributes to recipes. The combination of salty and sweet in its flavor profile allows the dish to excel overall taste. And because it’s pure liquid, it serves as a flavor base for many recipes that need the taste of chicken without adding it.

Chicken Broth works as a standalone ingredient, as it can be consumed alone, and it can also be mixed with veggies to make a fantastic tasty soup or sauce. You can also add chicken broth to savory baked goods or use it as a flavor base for sauces. And it’s a highly versatile ingredient that lends its savory chicken taste to pies, rice dishes, eggs, meat recipes, and many other areas.

To get a feel of what chicken broth does on cooking, take a look at the list of recipes it’s used below;

While chicken broth can be quite useful in many recipes, you may need to.do without it. Perhaps you’ve run out of stock or are cooking for vegans, and you can’t use it in your recipe. Making the dish without chicken stock may seem impossible, but it’s not once you know how to replace it. And below are substitutes you can use to get similar flavorful results.

While chicken broth is mostly fluid from chicken meat and aromatics, chicken stock comprises bones, feet, veggies, and seasoning. As such, you’ll still get a similar poultry flavor that’s close to the original thing. The main sacrifice with chicken stock lies in its consistency, as it’s thinner than chicken broth. But you’d barely note the difference once proper adjustments to the liquid base are made.

Still, you can use chicken stock straight up without thickening and still get excellent results. And it works in all recipes that request chicken broth and can be substituted at equal ratios. You can also make chicken stock in your kitchen if the feet and bones chilling in the freezer. All you’ll need is to add your preferred seasonings and vegetables, simmer the mixture for a few minutes, and you’re good to go. 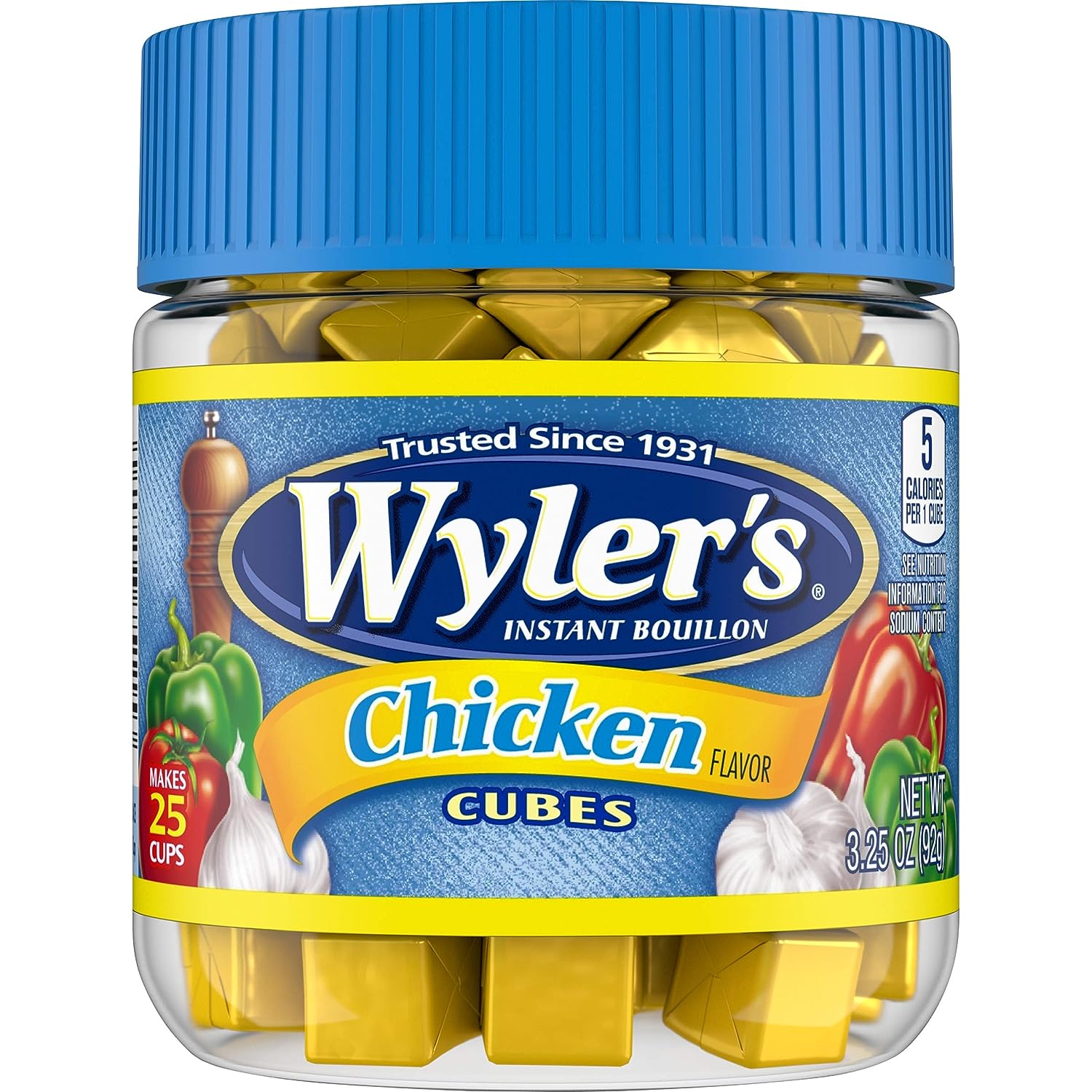 We may have come across recipes that call for chicken bouillon cubes concentrated chicken flavor in salt-like cube forms. These cubes are then dissolved in water before use or added directly to the recipe and cooked through. And the ingredient can be substituted for chicken broth, especially where you need the flavor to be dominant. 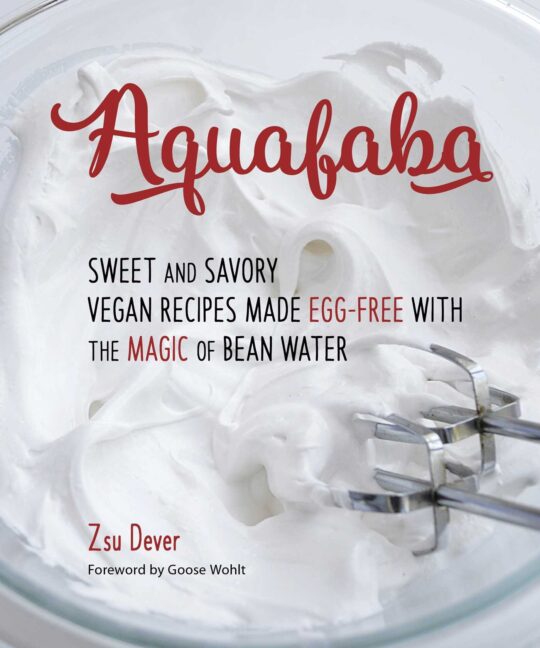 Not everyone can consume chicken, and most people avoid it because they live on a vegan diet. As such, you’ll need a substitute that favors your preference but also supplies a rich dose of umami to your dish. Aquafaba can do that and more on your recipe. It’s the liquid derived from canned garbanzo beans and is highly packed with umami, enough to replace chicken broth in savory vegan recipes. 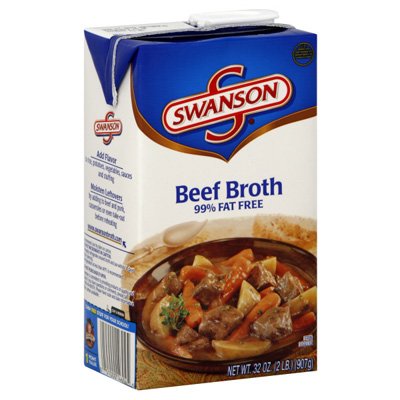 Swapping one broth for another may seem like a stretch, but the primary need here is umami. And the beef broth is packed with this factor, making it a fantastic chicken broth substitute. It’s prepared in the same manner, with the difference being that the meat is beef and not poultry. And it offers a deeper flavor profile and thicker consistency but still gets the job done.

If you’re worried its taste will overpower your dish, consider diluting half part beef broth with half part water to get one part chicken broth. But you can use it in equal amounts if you’re more concerned about imparting more umami to your recipe. Beef broth works in all recipes that call for chicken broth but may result in a slight flavor change if the dish thrives on the poultry flavor.

Can I use white wine instead of chicken broth?

Yes, you can, but only when small amounts of chicken broth are called for. Dry white wine works best, but only consider this option for recipes requiring half a chicken broth cup. The wine’s flavor may be noticed, but the umami will still be delivered.

How do I make chicken broth from water?

You can make a simple but convenient chicken broth substitute with water and butter. You combine one cup of water with a tablespoon of butter to get a cup substitute for Chicken broth.

Chicken broth is tasty and flexible, which explains why many feel it’s indispensable. But with ideal substitutes like these, this idea becomes more of a myth. Any of these replacements can create a similar savory effect expected from the chicken broth in your cooking. And with these options, you won’t have to worry about running out of this tasty poultry-based ingredient ever again.