The various cooking methods can be overwhelming if you’re new to eating chickpeas. And with them come different cooking times, which can further discourage some people. But chickpeas are worth every effort, so learning the best ways to time their cooking isn’t a waste. Plus, you’d be able to prepare garbanzo beans in tons of new ways, adding more skill points to your culinary prowess. 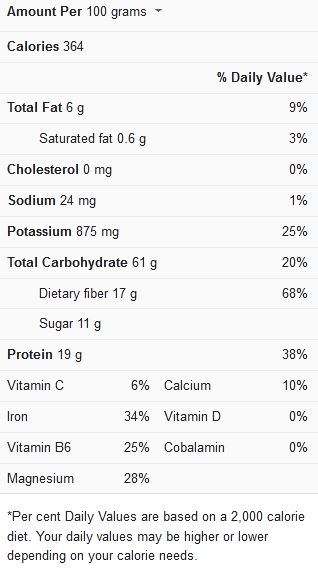 Before proceeding to the cooking duration for garbanzo beans, it helps to understand the various factors that come into play. For example, the time it takes for your chickpeas to cook rests on the conditions you’re cooking it fully and how they came.

Chickpeas come in two forms, dried or canned. The dried chickpeas are sold on bags as dehydrated raw legumes and take longer to cook. However, the canned versions are precooked and can be eaten. But some prefer to drain and reheat them for other dishes, which takes a much shorter time than the dried ones.

Soak or No Soak?

Friday chickpeas can take an eternity to cook, which is why most people prefer to soak them. And there are two means to do it; the traditional long method and the short one for those in a hurry.

The long method involves covering them in a large bowl of water overnight. And the water has enough, for chickpeas triple in size the longer they soak. The short method, however, significantly cuts down soaking time. The beans are first boiled in the water for five minutes, after which the heat is turned off. Then, the chickpeas are left to sit in hot water for at least one hour. And after both types of soaking, the chickpeas must first be drained and then thoroughly rinsed before cooking.

But others believe this technique robs the beans of their flavor and would rather sacrifice the time to cook them straight. So, note that cooking chickpeas without soaking will take more time.

Chickpeas are eaten in two forms. First, they’re cooked as a straight dish, seasoned and desired. And second, they’re added to soups, salads, pasta, and other dishes. The way the beans will be used also determines how long they’re cooked for, and here’s why.

The longer chickpeas are cooked, the softer the beans become. And while mushy chickpeas are perfect as a standalone dish, they won’t blend well when combined with other recipes like salads.

Before cooking chickpeas, the beans first need to be prepared. For dried beans, you’ll first pick the crumpled seeds, debris, stones, and shaft from the mix. Then, they’re washed in a colander under running water before being turned into the pot.

Canned chickpeas need to be drained of the aquafaba content, then the can is turned into a colander, and the beans are rinsed under running water before use.

When all these factors above are put together, you’ll realize that chickpeas can only be properly cooked by observing two factors. And these are the cooking method and the nature of the beans. That said, we’ll analyze how to cook both dried chickpeas and canned ones using numerous kitchen techniques;

Chickpeas soaked with the long method cook to doneness in two hours. But those soaked by the quick method will need three hours. And if you didn’t soak the beans at all, you’ll have to let it boil for up to six hours, topping the water as it goes along. From the comparison, it’s only logical that the beans be soaked for stovetop cooking.

Also, note that covering the lid as the chickpeas cook will make them firm and perfect for other recipes. But if you prefer your beans mushy, cook with the lid open, or cover, but leave a crack at the corner- you’ll be the perfect mashed chickpeas.

You don’t have to soak chickpeas for crockpot cooking, unlike the stovetop. And here, you’ll have the beans ready in three to four hours on HIGH, which is best if you don’t want them too soft. But for mushy beans that work great in hummus, cook the chickpeas on LOW for six to eight hours.

Note that the crockpot is notorious for softening chickpeas, so you’ll need to experiment with water content to decide how best it’ll cook for you. The general rule is seven cups of water for every pound of chickpeas, but you can adjust to suit your preference.

The instant pot will cook dried chickpeas straight and without soaking like the crockpot. And it’s the fastest method, as it cooks the beans in one hour at high pressure. But note that the actual cooking time is 50 minutes, with 10 minutes for natural pressure release.

You’re more like reheating canned chickpeas than cooking them, as they’re precooked. And it takes a much shorter time compared to dried ones. Below are the various cooking times;

Note that for the oven and microwave methods, you’re toasting the chickpeas, so they’ll need to be drizzled with oil. And you also have to pay them dry before cooking in these places.

You can also click here if you want more suggestions.