The demand for a wider variety of flour has resulted in discovering exciting options, one of them being chickpea flour. This ingredient is a popular option for many pro-health recipes all around us, and with good reason. Plus, the flour is nutritious, versatile, and makes a fantastic component for tons of recipes. But chickpea flour isn’t yet a widely known ingredient in the general market, so it may not be readily available around you. 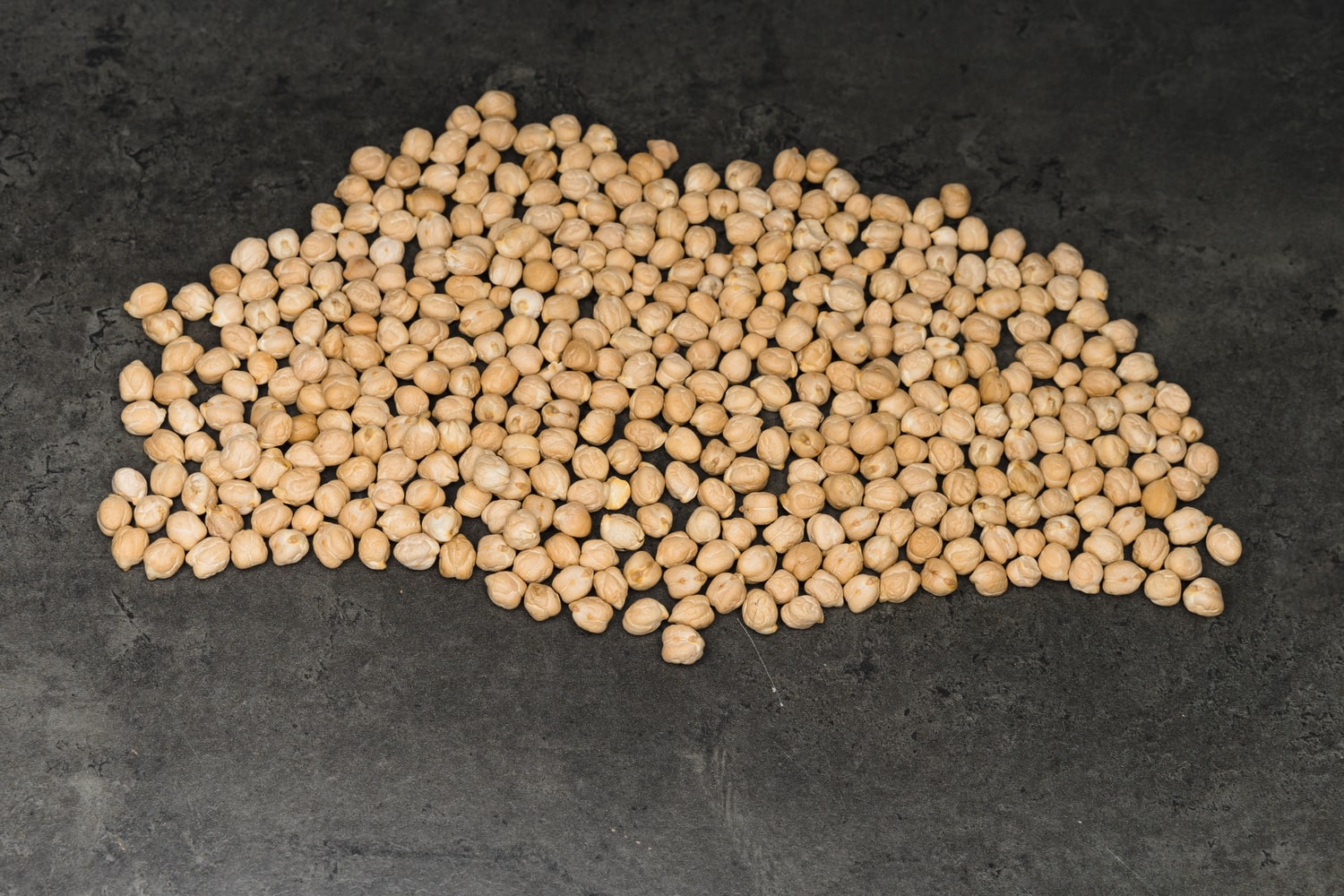 So it would be best if you grasped how to find substitutes for chickpea flour. Knowing this is one of the critical elements in understanding how to swap it with various other flours. And since these substitute options are expansive (like coconut, all-purpose, oat, plain, gram, or corn flour), you must grasp the contrast between them and chickpea flour. Once you’ve mastered this tip, replacing chickpea flour in seitan, pancakes, falafel, and even baking recipes becomes a breeze.

What is Chickpea flour?

Chickpea flour, or garbanzo beans, is fine-textured flour derived from chickpea. The peas are first dried to remove the moisture before they’re milled repeatedly to produce rough-textured flour. This flour is then sifted to remove larger solids and impurities before it’s packaged and sold.

Chickpea flour is made chiefly for commercial sale in milling industries, which is why you’ll find it in bulk sales at food markets. But you can also produce the flour at home if you have dried chickpeas. Once milled and sifted, your homemade batch would serve you just as well as the one you purchase from your local grocery store. And you can add it to so many recipes as others have in parts of Europe, Asia, the Mediterranean, and the U.S.

Chickpea flour is renowned for its high-protein and gluten-free nature. The former is because the flour is derived from chickpeas, which are legumes packed with plant protein. Plus, chickpea flour is low in fat and rich in fiber, calcium, iron, and potassium. And because the ingredient is entirely gotten from plants, chickpea flour makes an excellent addition to all flour-based vegetarian recipes. 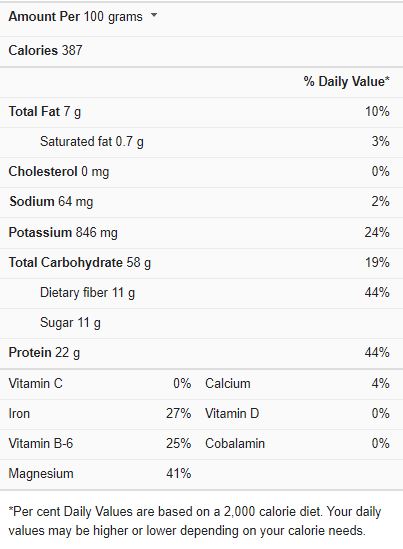 The most prominent advantage of chickpea flour is it’s the perfect vegan ingredient. You can prepare almost any recipe, from soups to casseroles, and even make your vegan ham with it. Most recipes require you to combine it with your favorite flavors and spices and cook it through. This need is because chickpea flour is bitter when raw, so you want to make sure it’s thoroughly done before eating it.

Chickpea flour also makes an excellent binder in place of eggs, which is why it’s a fabulous addition to vegan cakes. Plus, it’s highly nutritious and can be baked, cooked, cooled, or even fried. The flour also has a denser texture than other types, making it great for making baked goods. Plus, its binding power is also lent to soups as a thickener. This property is present even though the flour is gluten-free, and is why many vegans are fond of chickpea flour. And it can be mixed with other gluten-free flour and used in both sweet and savory recipes, some of which include;

As incredible as chickpea flour is, you may not have it available around you. And though it’s a cheap flour option that guarantees versatility, chickpea flour isn’t always easy to find in local grocery stores. So, if you need the unique perks of this fantastic ingredient but don’t have it around, the following substitutes will deal you the same level of justice;

Arguably one of the oldest flour types in the market, quinoa flour makes an excellent substitute for chickpea flour. Plus, it’s already a popular gluten-free flour option for many recipes, so it makes a good fit. Quinoa flour is also rich in protein, so you get a good dose of that. Plus, the flour also supplies a rich amount of calcium, and its density makes it a fantastic thickener for sauces and soups

Quinoa flour is a perfect equal substitute for chickpea flour in baking recipes like pancakes, pie and pizza crusts, and muffins. You can also use it to make the perfect vegan burger patties, or even falafel, vegan hotdogs, vegan nuggets, and vegan balls.

Whole wheat flour is a commonly found ingredient in many kitchens, so if you run out of chickpea flour, you can use it. And you get two options when using this substitute; white whole wheat and regular whole wheat flours. The former has a paler color, while the latter offers a slightly nutty taste and fuller texture. But both types of whole wheat flour contain the same nutrients, so it falls to a matter of whether the color matches your recipe,

Oat flour is one of the most convenient ways to swap chickpea flour with another healthy alternative. It’s also gluten-free, so those who need such requirements in their diets would love it. Plus, oat flour offers a familiar taste, so you don’t have you worry about your recipe’s flavor straying from the norm. And it also makes a superb binder for baked dishes and works perfectly in cookies and biscuits.

You can use oat flour as a chickpea flour substitute in all vegan recipes, including bread and soups. And if it’s only regular oats you have in your pantry, grind it in a food processor till it smoothens to flour and uses it! 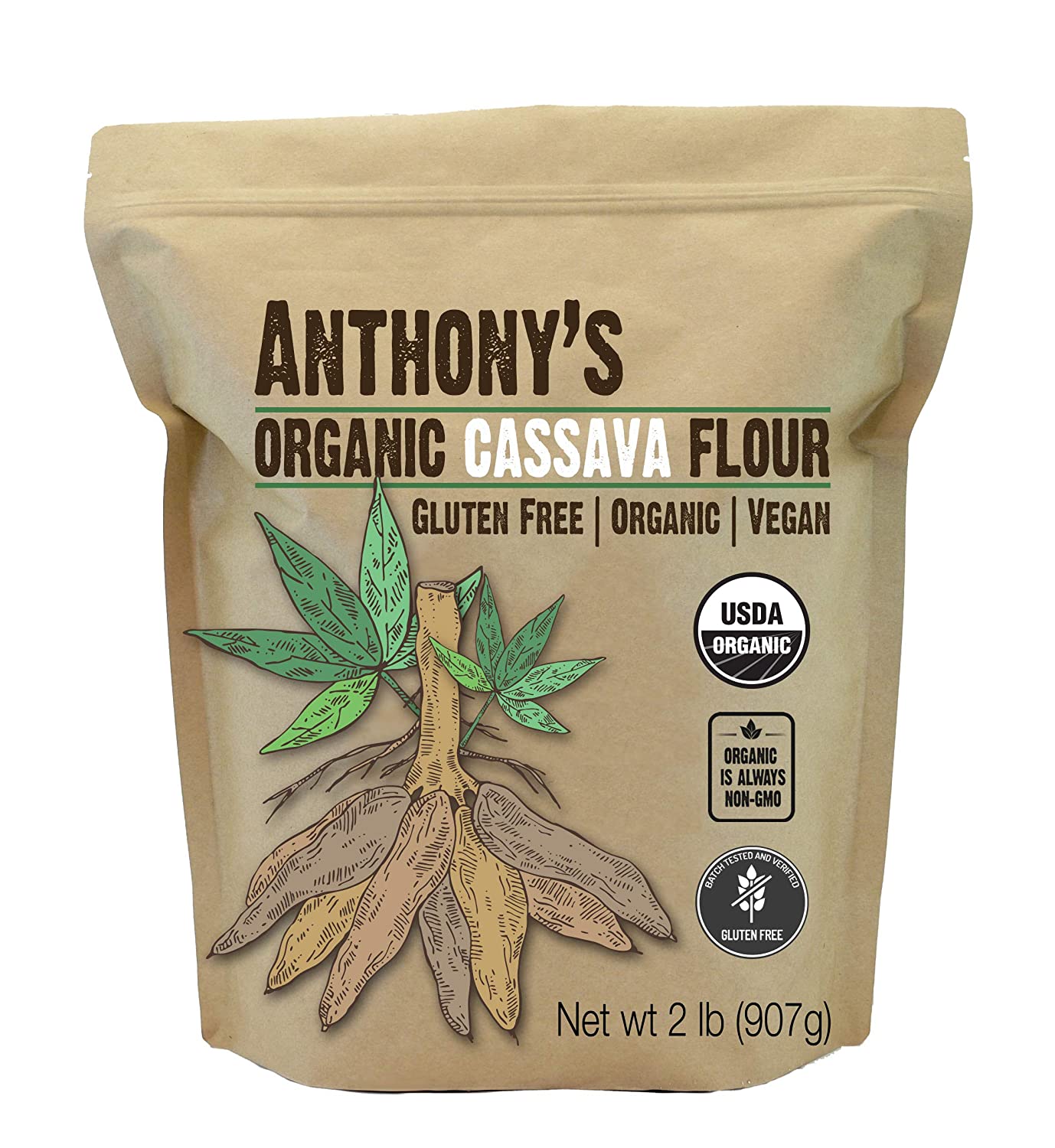 Surprisingly, cassava is an excellent source of numerous flours that apply to different dietary types. You can get regular flour options from the root vegetable and vegan, gluten-free, grain-free, and nut-free. Cassava flour is also rich in vitamins and minerals and offers a fantastic texture that makes it a perfect substitute for chickpea flour. It’s also tasteless, works for sweet and savory recipes, and makes an excellent thickener for soups.

When using this alternative in place of chickpea flour, make sure to look out for additives. But once you find it suitable, you can replace it in equal amounts as chickpea flour in tortillas, tacos, and fries. Cassava flour is also great for making veggie burger patties, cakes, and bread- though the latter requires you mix it with another type of flour so the dough can rise.

If you don’t have nut allergies, consider almond flour to substitute chickpea flour. It’s rich in proteins and minerals because of its nut source, contributing to its exciting flavor. Almond flour is great for desserts and baked goods, but it also binds well with ingredients for meatballs and patties. Plus, if you have dried almonds at home, you can make a batch and use it in place of chickpea flour in your recipes.

Is besan flour the same as chickpea flour?

Can you make chickpea flour from chickpeas?

No, it isn’t. Though low by most standards, the carbohydrate content in chickpea flour is too high to make it suitable for Keto. Compared to other Keto-friendly flour like almond and coconut flour, chickpea flour has more carbs.

You don’t have to wonder how to go around a recipe when you don’t have chickpea flour. Consider these helpful tips, and you can move on with any of these great substitutes listed here. With them, you get convenience, variety, and a chance to explore numerous possibilities in your diet.