Middle Eastern cuisine always blesses us with grain ingredients we can’t get enough of. Still, most of the grain derived from the region is almost as old as civilization itself. Take bulgur, for instance. This nutritious staple food item has been one of the most prominent features in Mediterranean recipes, and today everyone can’t get enough of them. 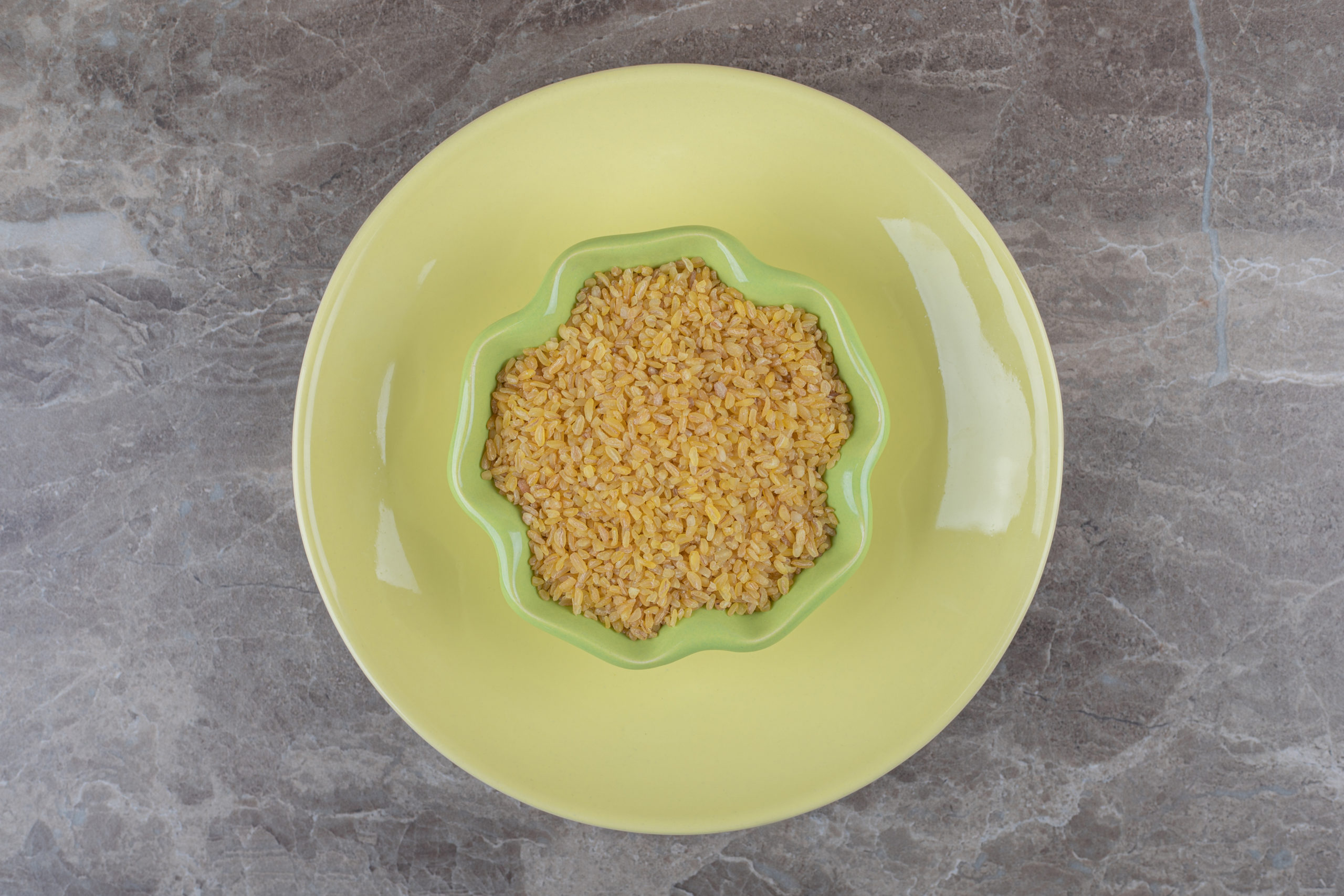 And though bulgur isn’t that hard to find, sometimes you need to take it off the menu. In such times, knowing the best substitutes to put in its place can be of great help. As such, many bulgur lovers have come to appreciate the existence of some handy and close alternatives, including couscous, quinoa, and buckwheat. And they’ve discovered how many of these replacement options can work in classic bulgur recipes like bread.

It’s not only those who can eat bulgur that benefits from it having substitutes. There are also lots of gluten-free options for people who can’t consume wheat and wheat-based ingredients. But before delving into these alternatives, let’s check out bulgur to understand why it’s such a sought-after ingredient in many menus.

Bulgur, or bulgur wheat, is gotten from regular whole wheat. Wheat kernels are soaked for an extended period to make the ingredient, after which they’re dried and have part of their bran removed. The cooking process is an ancient food processing technique native to the Middle East. Bulgur gets its name from the nature of the wheat grains after this extensive process has been completed. Before soaking, the kernels are cooked by steaming till they soften and are then dried. And after the bran has been removed, the grains are cracked. These cracked kernels are called bulgur, which in translation roughly means ‘chopped wheat.’ 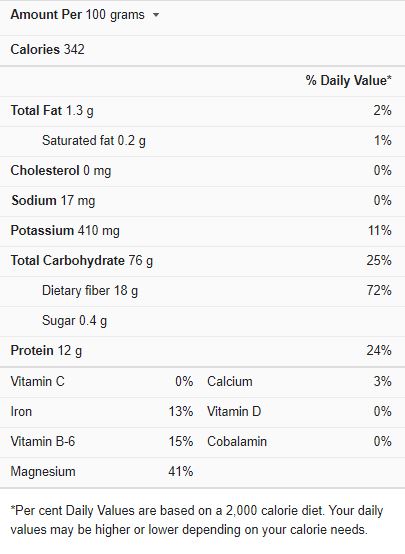 When cooked, bulgur has a chewy texture with a slight hint of nuttiness. And it takes a shorter time to cook compared to most other staple cereals like rice and barley. Because of its quick preparation, bulgur is added to a wide range of dishes. And when this factor is combined with its delicious taste and nutritious nature, you can easily pair it with almost anything.

Bulgur can be eaten as a standalone food or incorporated into breakfast dishes. It also works well in other cereals, which is why it’s heavily used in grain salads. Bulgur can also work as a base for sauces and soups or even paired with meat and fish. And it doesn’t hurt to know it works great with vegetables as well.

Some recipes have you stuff bulgur wheat into peppers, potatoes, and even turkey. Other recipes would even mix it with similar grains like couscous or rice. Plus, bulgur excels when added with any herbs or spices. So don’t be surprised that it’s a common feature in various recipes, such as;

If you happen to run out of bulgur, knowing the suitable substitutes can come in handy. And though the cereal is tasty and versatile, it’s wheat and so contains gluten. This condition makes it unsuitable for people who can’t medically consume wheat products. It’s why you’ll be glad to learn about the numerous replacement options for bulgur available. Let’s take a look; 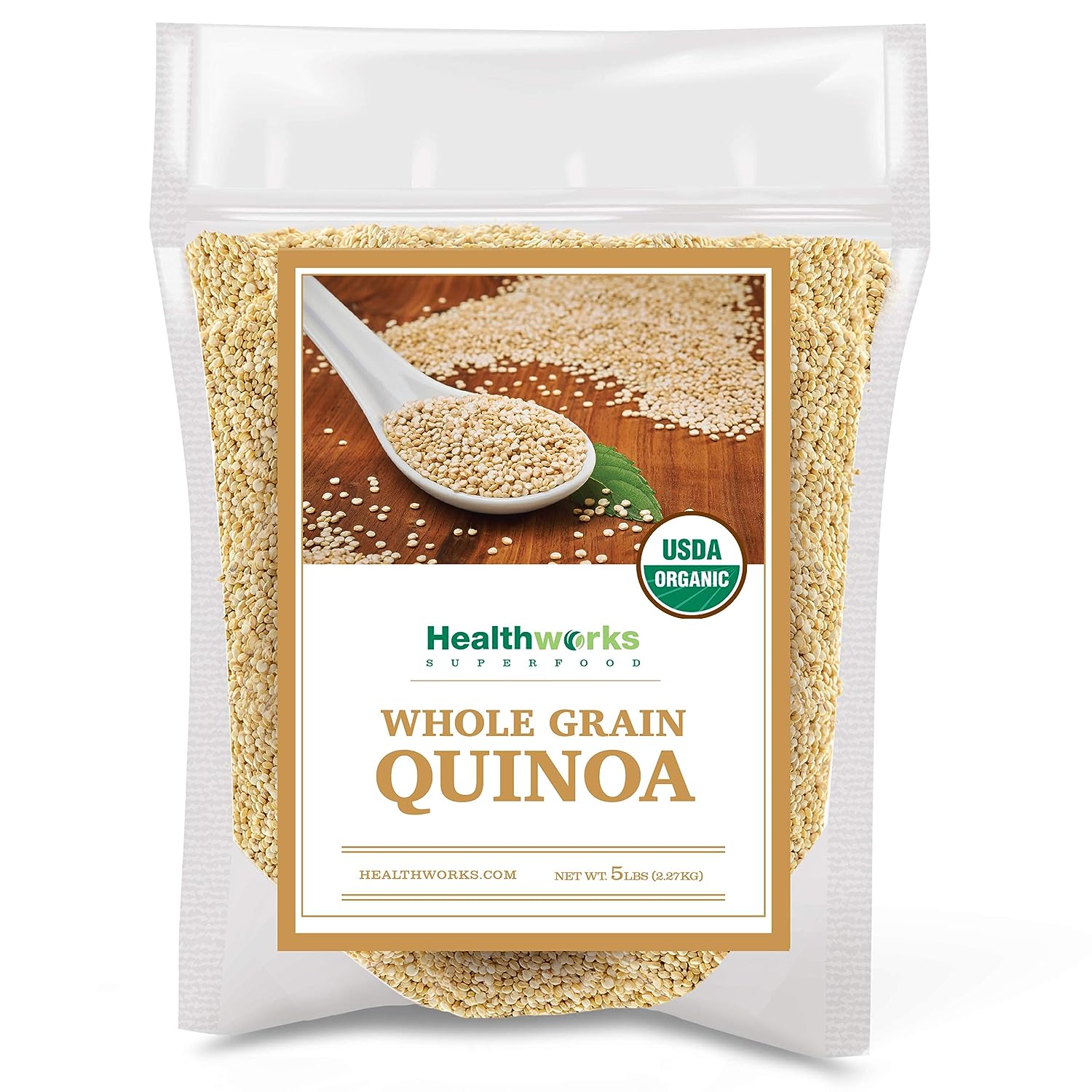 Quinoa is a pseudocereal, a plant whose seeds aren’t grains but are eaten like grains. Regardless, it makes a fantastic substitute for bulgur in many recipes. Quinoa is a staple diet in South America, where it’s natively grown. And it can be used in the same manner as bulgur in numerous dishes, including mixing it with other cereals. Plus, unlike bulgur, quinoa is gluten-free and suitable for those with celiac disease.

Quinoa also offers a nutty flavor that incorporates into most dishes that welcome bulgur wheat. Plus, it’s a rich source of nutrients like proteins, calcium, vitamins, and potassium. You can replace bulgur with equal amounts of quinoa in every recipe, including soups, stews, casseroles, salads, tabbouleh, and even breakfast cereals. And it takes about the same amount of time as bulgur wheat to cook. 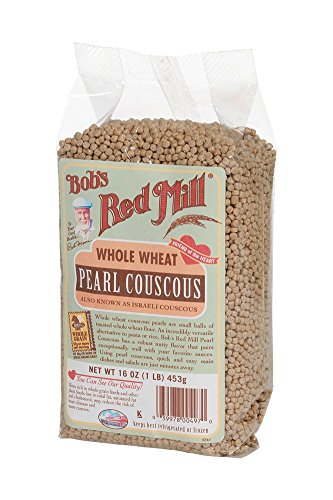 This grain is another option that’s popularly found in Middle Eastern and Mediterranean cuisine. Whole wheat couscous is made when durum is broken into smaller granules. Though wheat couscous isn’t prepared in the same way as bulgur, it’s still an excellent substitute and cooks as fast as bulgur wheat. Plus, it has a mild taste that can be easily paired with fish dishes. Couscous also works in recipes where bulgur is prepared as a side dish.

Buckwheat happens to be one of the oldest cereals we still love eating, and for good reasons. It’s rich in carbs, has a delicious clean taste and a smooth texture. Buckwheat was initially grown in Southeast Asia, but its popularity later spread to most of Europe and the Americas. And though it’s considered a grain cereal, it’s in truth a fruit seed related to sorrel and rhubarb.

Buckwheat is also highly nutritious, being rich in complex carbohydrates and magnesium. And it can be prepared like bulgur and added to the same recipe. Buckwheat goes well in many recipes, including stews, breakfast cereals, soups, and warm dishes. 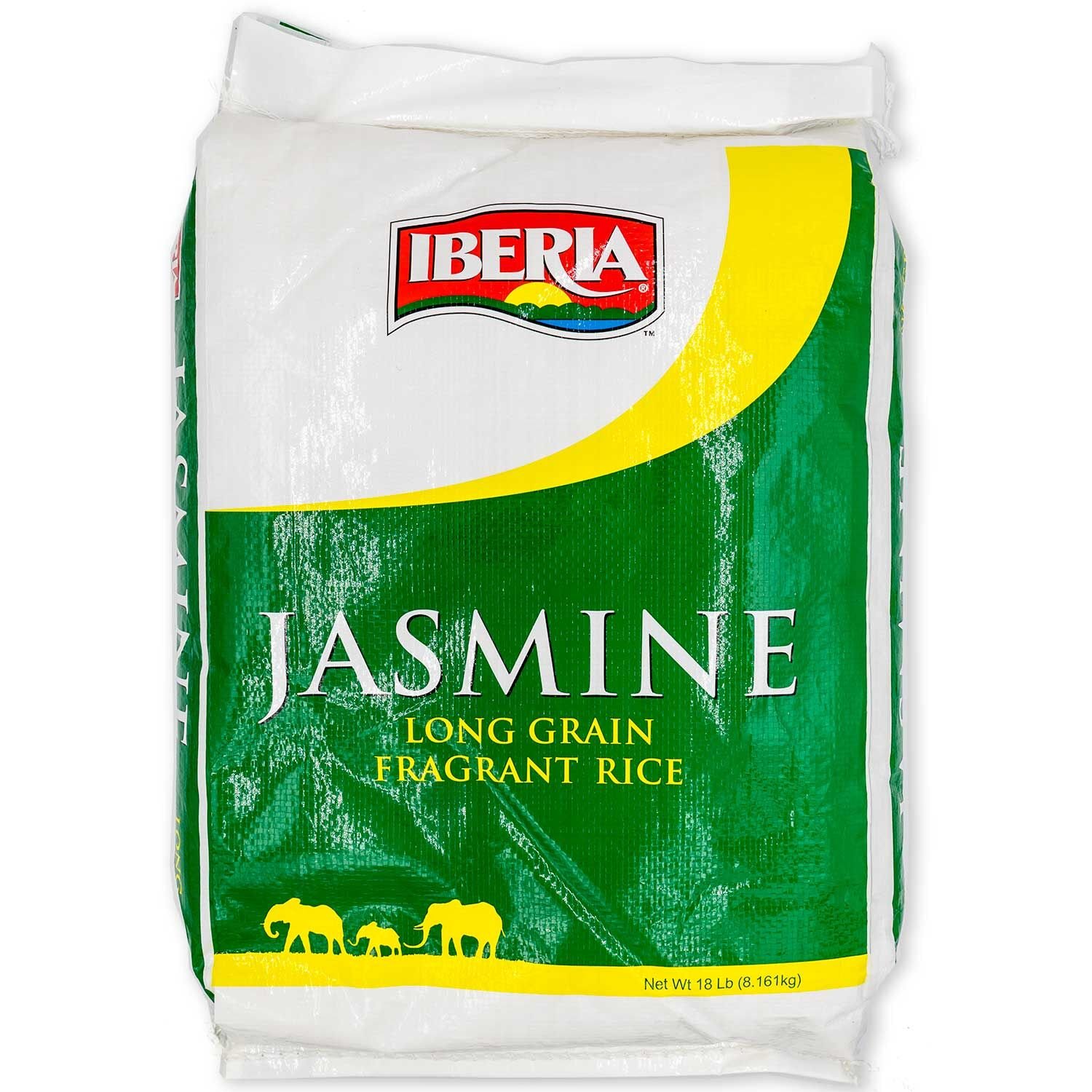 Rice is a familiar taste and a popular ingredient, and these two factors make it the perfect substitute for bulgur wheat. It’s popularly grown in Africa and Asia, where it’s considered a stable diet, and comes in two varieties: white and brown. Both types make ideal replacements for bulgur wheat in any recipe and can be prepared by the same cooking methods. But white rice and brown rice share particular distinctions you may need to bear in mind.

White rice has a milder taste and delicate texture compared to bulgur wheat. Brown rice, however, is chewy and contributes a nutty flavor to your recipe. But both can be easily swapped for bulgur wheat in all dishes. Still, it would be best to make sure the texture balances with what you ought to achieve in the recipe. 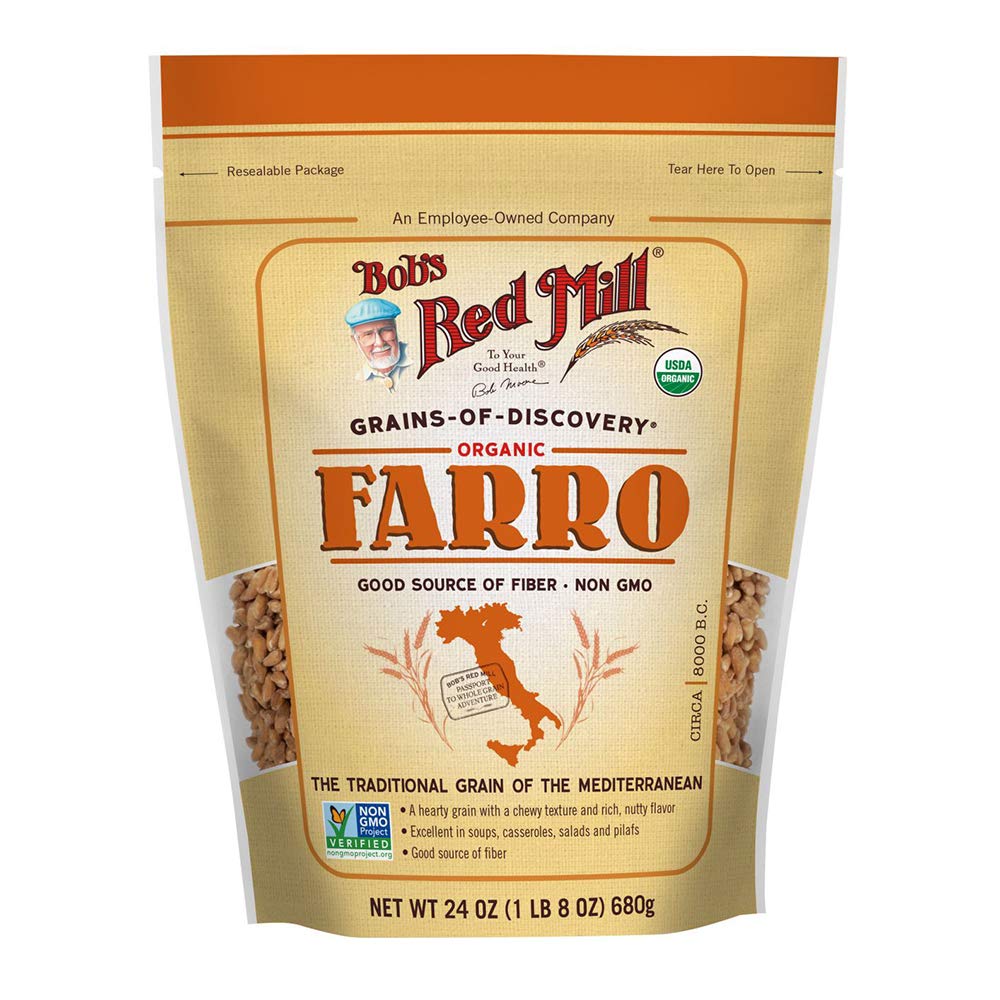 If you’re not worried about gluten, then consider farro as another handy substitute for bulgur wheat. Farro is derived from whole wheat grains, which are dried and boiled in water till they soften. Farro is just as rich in nutrients as bulgur as it’s packed with proteins, calories, and fibers. Its chewiness and nutty taste are owed to it being made from wheat and make it a fantastic addition to soups, salads, and risotto.

Can you substitute barley for bulgur?

Using barley to replace bulgur may affect the cooking process and flavor of the recipe. But some dishes can still be prepared successfully even after such switches. Examples of recipes where barley can equally substitute bulgur include kibbeh and tabbouleh

What can I use instead of bulgur?

Apart from the grains and fruit seeds, namely wheat couscous, farro, buckwheat, rice, and quinoa, you can also use shredded cauliflower to substitute bulgur. They can be bought chopped from the grocery store, or you can thinly slice them yourself in the kitchen. Also, chopped cauliflower is low in carbs and calories and makes the perfect bulgur replacement in keto diets.

Yes, it is. Bulgur wheat has a GMI of 48, which is considered low by most standards. This parameter means it’s lower in calories than rice yet has double the amount of fiber with additional nutrients like vitamin B and manganese.

Don’t panic if you run outside bulgur for your tabbouleh recipe. Any of these alternatives options can conveniently take its place in your cooking if you know how to swap them. And if you’re avoiding bulgur wheat because of gluten, no problem! Trust that you’ll find some of these suggested substitutes are perfect for your specific dietary way of life.