Monkfish is known colloquially as “poor man’s lobster” because of its sweet and meaty lobster-like flesh. This dish, on the other hand, is far from being poor.

If you are new to cooking monkfish, this is an excellent recipe to attempt because it is simple and shows off how delicious monkfish can be. There is a reason monkfish is a favorite among top restaurants.

If you hear people complaining about eating monkfish, it is because it wasn’t properly prepared and cooked. It is especially aggravating when the fish is overcooked on the outside but undercooked on the interior.

Read on as you cook the monkfish to taste like lobster. I have included some amazing tips and a magnificent recipe for your benefit. 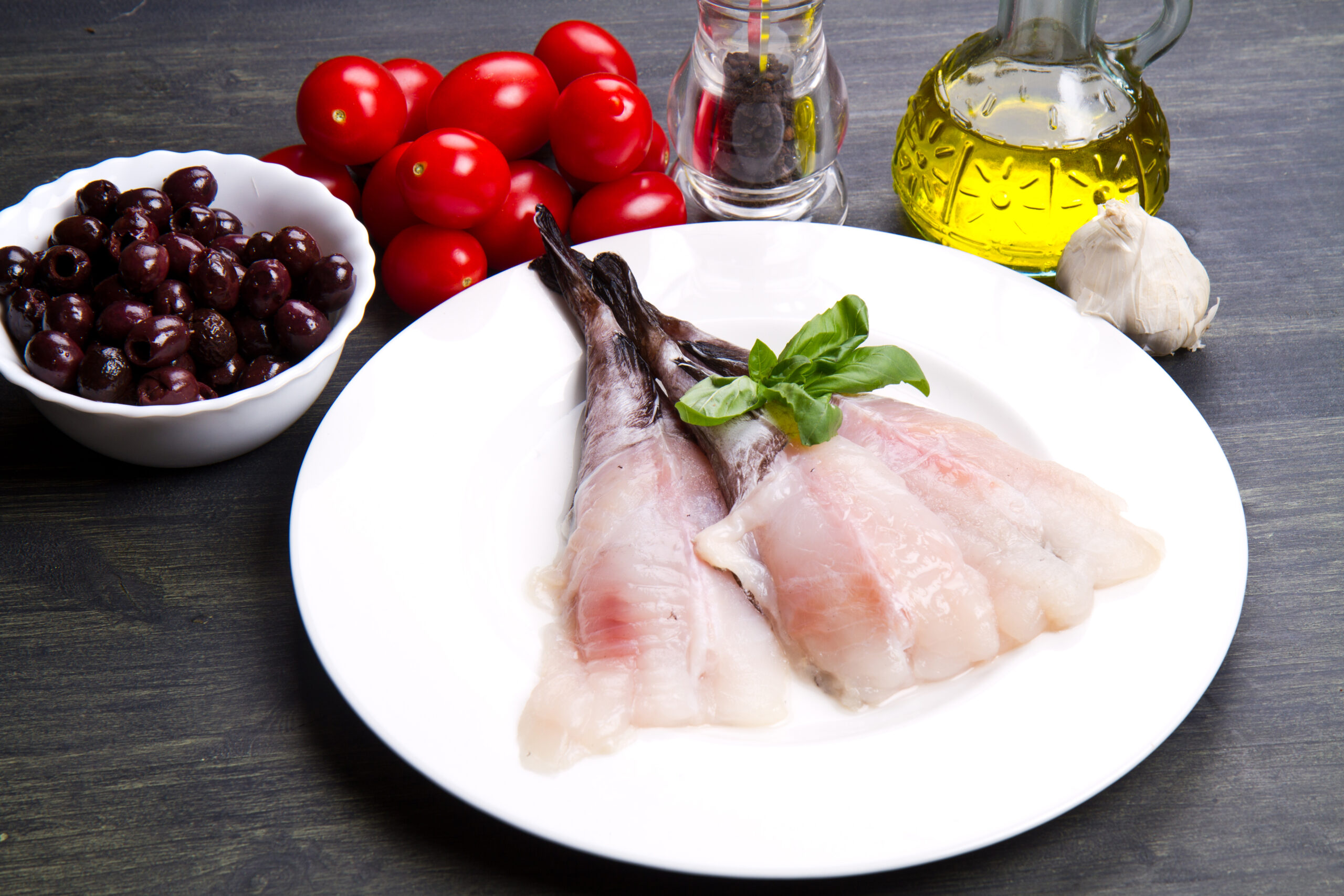 Tips on How to Cook Monkfish to Taste Like Lobster

Picking the best monkfish out there – Monkfish is typically sold in the form of tails, fillets (steaks), or cheeks. It’s normally skinned and filleted, with the pinkish membrane removed; if it hasn’t been removed, pluck it off before cooking or it may shrink around the fillet, twisting it.

Before purchasing, like with any fish, you should try as much as possible to choose the freshest fish possible – it should be firm to the touch and free of an unpleasant fishy odor. When purchasing monkfish fillets, you should also look for pearly white flesh with no discoloration.

Prepare the monkfish – If the monkfish’s skin is still on, use a sharp knife to loosen and peel it off. There may be fins on the outside, but these are easily removed.

You can place the monkfish on a chopping board and feel for the backbone down the center with your fingers. Begin by cutting along the length of the bone, being careful not to leave any flesh behind. Rep on the opposite side of the bone. You will have two fillets at the end.

Adding lemon juice – With a paring knife, you can remove the top and base of the lemon and carefully peel away the remaining skin. Remove any pips from the lemon and cut them into slices. Then place the slices on one of the fillets’ cut sides.

Bake the monkfish with bacon – I must say this part is totally optional. Arrange the bacon on a chopping board, slightly overlapping but enough to cover the entire length of the monkfish.

Them season with pepper, then top with the other fillet.

You can wrap the bacon around the filets and knot it with twine at 4cm/2 inch intervals. Get a frying pan over medium heat, heat the oil, and sear the monkfish all over to get a golden color. Then preheat the oven to 350 degrees Fahrenheit so you can bake the combo for about 20 minutes.

How To Cook Monkfish To Taste Like Lobster – Monkfish fillets can be pan-fried or roasted to add color. The substantial meat of monkfish lends itself well to grilling or barbecuing because it does not fall apart readily. Kebabs can be made by cubing and skewering them too.

Notably, the tail is most commonly available and is popular for its softness and mild flavor. The meat is dazzling white when filleted, and the texture and sensation are quite similar to that of cooked lobster. This is why there are so many recipes for monkfish that taste like lobster.

You can follow this step-by-step guide to help your cooking:

Note that when cooked, monkfish can expel a milky-looking fluid, which is excellent if it’s cooked in liquid but not so wonderful on the grill. Before cooking, you should salt the flesh or soak it in brine for an hour before patting it dry.

When cooking monkfish tails or fillets, you should always let the finished dish rest for about 5 minutes before serving.

What to serve with the monkfish – You can infuse your monkfish recipe with black curry powder, and you can also use a Vindaloo spice blend with it.

I actually use monkfish in both fish pies and Bouillabaisse recipes. In his Monkfish with tomato, ginger, and garlic recipe. The saltiness of cured beef is another popular flavor combination with monkfish that is well fancied.

How Long to Cook Monkfish to Taste Like Lobster

This is a delicious and inexpensive meal that may be served in place of the much more costly lobster tail.

With its mottled appearance – big and flathead – and gaping mouth loaded with frightening fangs, the monkfish is hardly the most attractive of fish. Although, the flavor is sweet and mild, and the flesh is solid and almost meaty, making it a popular option on menus.

You can watch this video recipe to know how to cook monkfish to taste like lobster.